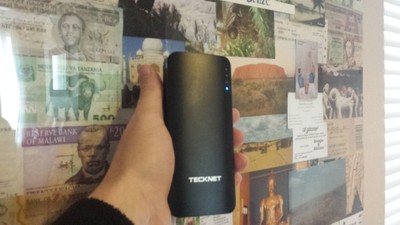 Note: This review is for an old product. If you're interested in the best powerbank for bike touring, check out the Anker Powercore+ 26800.

Recharging tech gear when bicycle touring can sometimes be a bit of a pain. I bought the Tecknet Iep1500 Power Bank 15000 mAh External Battery Backup in order to provide a solution.

The idea of a power bank external battery, is that it acts as a portable charger for USB powered devices when there is no access to mains electricity. Exactly what I was looking for.

The Tecknet iEP1500 isn't just limited to bicycle touring of course. Hikers, campers, festival goers, and even conference or event attendees will all find a use for it.

To be honest, I haven't got a clue what that actually means.

I do know, that the more mAh a portable battery holds, the more recharges it will be able to give.

This is one of the larger capacity powerbanks on the market, and so was immediately attractive to me.

I had some initial concerns that the device would be too bulky. No worries though, as it's really no bigger than a TV remote control. So far, so good.

In terms of charging, most people seem to think they can get between 4 and 5 full smartphone recharges out of the Tecknet iEP1500 Power Bank.

I was looking to power a range of devices such as my Garmin Touring Pro Cycling GPS, Sony MP3 Player, Samsung Galaxy S4 and Iconia A1 tablet computer.

Each of these devices takes a different amount of charge to get them to full. My week long bicycle tour around the Fens of East Anglia provided the perfect opportunity to give this bit of kit a good test.

Below, is a YouTube video that I have made which gives the product a thorough review as well. Please let me know if you like it (or not!).

I am trying to include more video in this bicycle touring blog, and could do with peoples feedback. Beneath the video in this article, I have included some stats and my conclusions, so don't leave after watching! 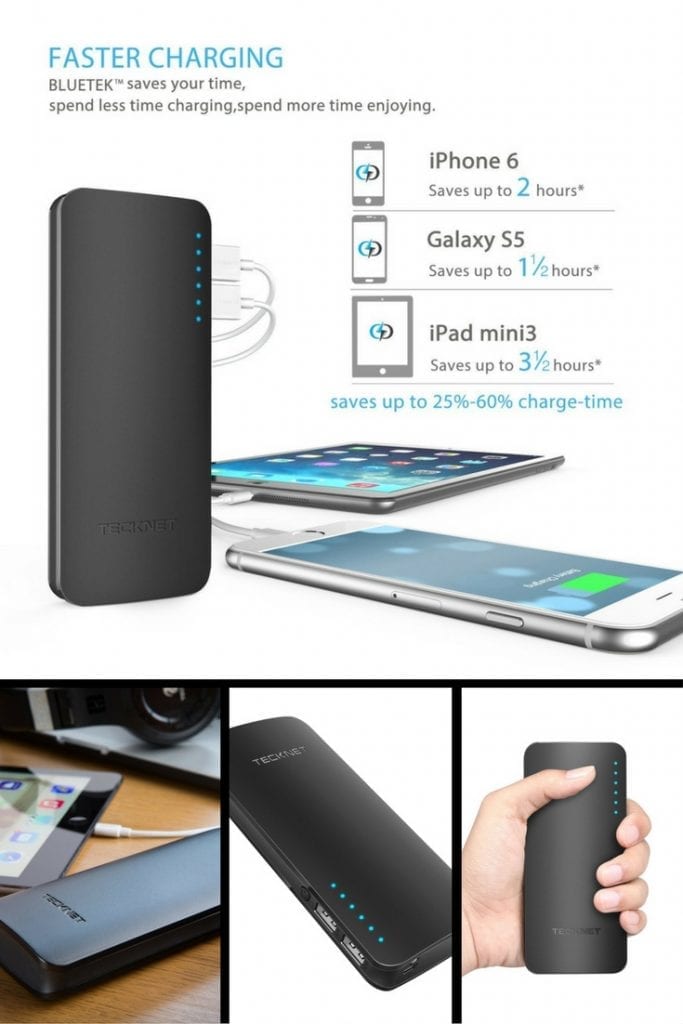 It's a rare day when a product matches and then exceeds your expectations, but this powerbank did just that. When I set out on the one week cycle tour of the Fens I thought I might need to recharge it at some point during the trip. In the end, there was no need. It had enough power to keep my GPS live (my priority), and also to charge my phone every couple of days (secondary importance).

As I was reasonably careful with the power I used on my gadgets, I never needed to use it to charge the tablet computer or other devices. And this is fine. This was a realistic test of the Tecknet iEP1500 Power Bank under bicycle touring conditions. Normally, when cycling around the world, I get to plug something into a wall every 7 days or so, and this is the perfect back up for in between those times. 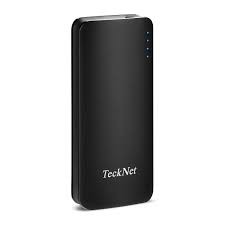 It actually got me thinking a little more about power. I have been considering becoming “self sufficient” in terms of power on my next tour, which means either carrying solar or buying a dynamo. The Tecknet iEP1500 Power Bank is so good though, that I am seriously considering doing neither. Instead I might  buy another powerbank so that I have two. Then, I can recharge them both on those occasions that I stay somewhere with power, along with all my other gadgets.

Final Thoughts on the Tecknet Powerbank

To finalise then. The Tecknet iEP1500 Power Bank is a great bit of kit. Although the reason I have it is for bicycle touring, almost everyone that owns tech gear can find a use for it. Inexpensive, reasonably lightweight and small, you could even keep one at home to charge your phone if you get a power cut in your area. As always, if you are thinking of buying one, please use my affiliate links to help keep this travel blog up and running. Cheers guys and gals! Extra note – I am updating this line in August 2017, 3 years after the initial review. The power bank is still going strong! I certainly had my money's worth out of that one!