The Ajanta Caves in India were somewhere I had wanted to visit for a long time. I took a day trip to the Ajanta Caves from Aurangabad, where it was fascinating exploring these Buddhist cave temples. 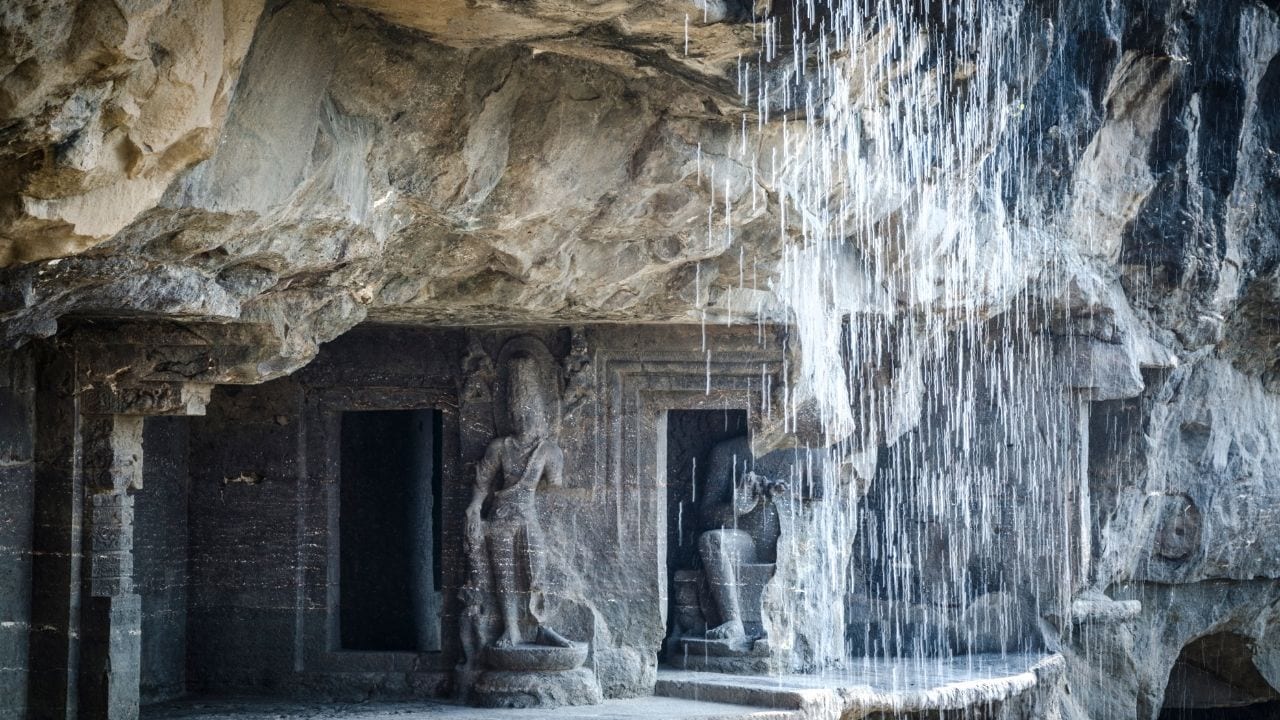 The oldest Buddhist cave monuments at Ajanta date back almost 2000 years. There are 29 of them cut out from the rock, and due to their significance, are a UNESCO World Heritage Site.

I decided to visit the Ajanta Caves on a day trip from Aurangabad, a trip I found very interesting. There was another English guy from the hotel on the same tour, so there was some half decent conversation as well!

The guide was reasonably insightful, and explained some of the history behind the Buddhist temples carved into the rock face. It would have been quite a large complex, before it became abandoned for no adequately explained reason, and then it lay forgotten and undisturbed until the British rediscovered them in the early 1800's.

Not many photos from this trip to the Ajanta temple caves. I'm not sure why. Perhaps my camera ran out of film that day!