A few weeks ago, a friend asked me to talk to her primary school class from Bliss Charity School via Skype about my travels. It was a really fun thing to do, and yesterday, a parcel arrived with some thank you cards. 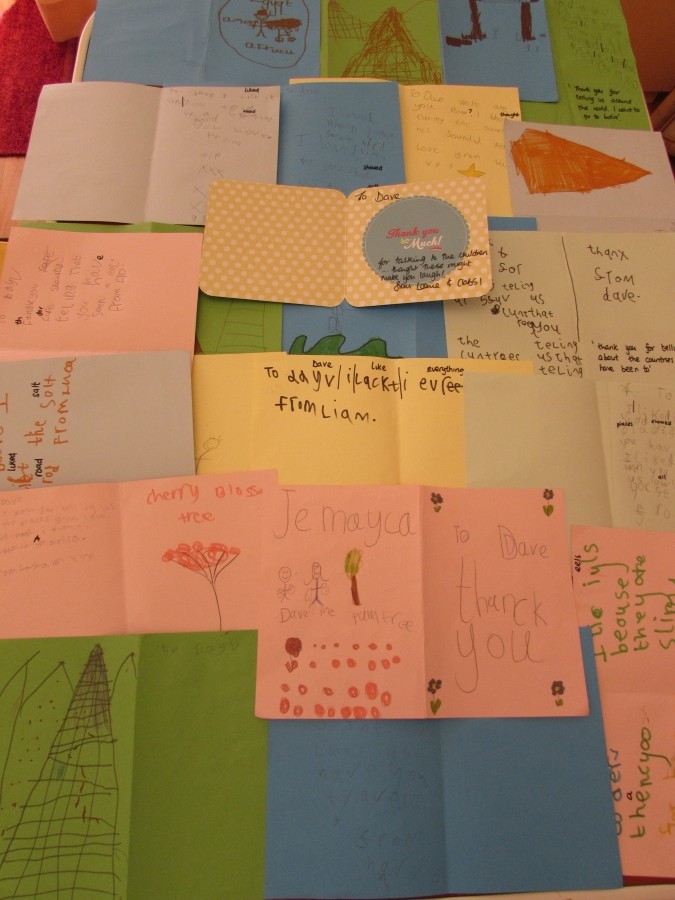 When I was asked to talk to a friends class at Bliss Charity School via Skype, I was a bit hesitant at first. It wasn't exactly out of my comfort zone, but it wasn't something I had done before either. Still, life is all about new experiences, and this was certainly one of them! The primary school kids had been learning about the world as part of their curriculum called ‘Around the World in 25 days', which I thought was pretty cool. The concept of adventure and explorers had been talked about, and so my role was to talk to them as an explorer! 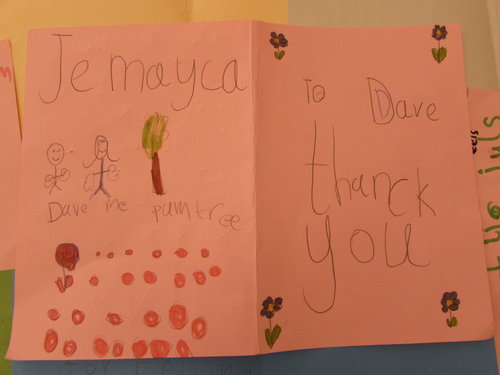 Now, I have never really thought of myself as an explorer. More like just a crazy person on a bike really. That said, all I really had to do was talk about where I had been, and then answer some questions. And I loved it! So I talked a little about cycling from Alaska to Argentina, eating guinea pig, hearing lions, seeing elephants and bears and visiting the pyramids. Some of the questions were really fun, and I enjoyed the whole thing.

Anyway, after a little less than an hour, the ‘talk' finished on Skype. It was a great experience, and whats more, I didn't swear once. Honestly! I wasn't going to write anything about it, but a few weeks later, a parcel arrived here in Athens for me. Inside, were hand written and drawn thank you cards from the class. It was really touching (yes, I have a heart!), and so I thought I would take a few photos and put them live. Also, I would like to say back a big THANK YOU back to Class One at Bliss Charity School. I hope you have all become inspired to travel, and that you explore the world around you one day. By bicycle, of course! 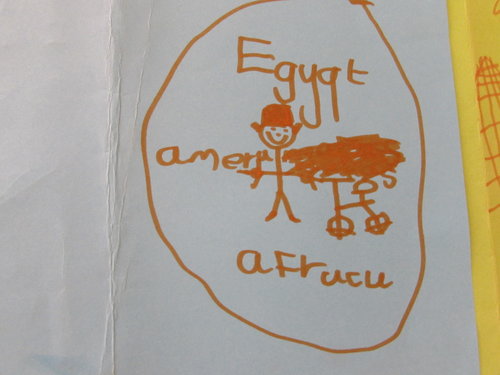