Not every day can be packed with travel adventures, and such as the train journey from Puri to Calcutta. There was just enough time for a half-day sightseeing in Bubenishwar before switching trains though.

Checked out of the Hotel Derby in Puri, and got a bicycle rickshaw back to the station. Talked to the SS (station supervisor) who was very helpful, and he told me my seat number and what time the train was due to leave. On the train, I got talking to a German couple who had been travelling for a month. When I got to Bubenishwar, I dumped my bag in the cloakroom, and got a bicycle rickshaw to the centre. Bought a couple of things off the market, had lunch, and walked around a couple of temples. It was starting to get hot after lunch, so I returned to the station and waited in the shade for my next train which was back to Calcutta. 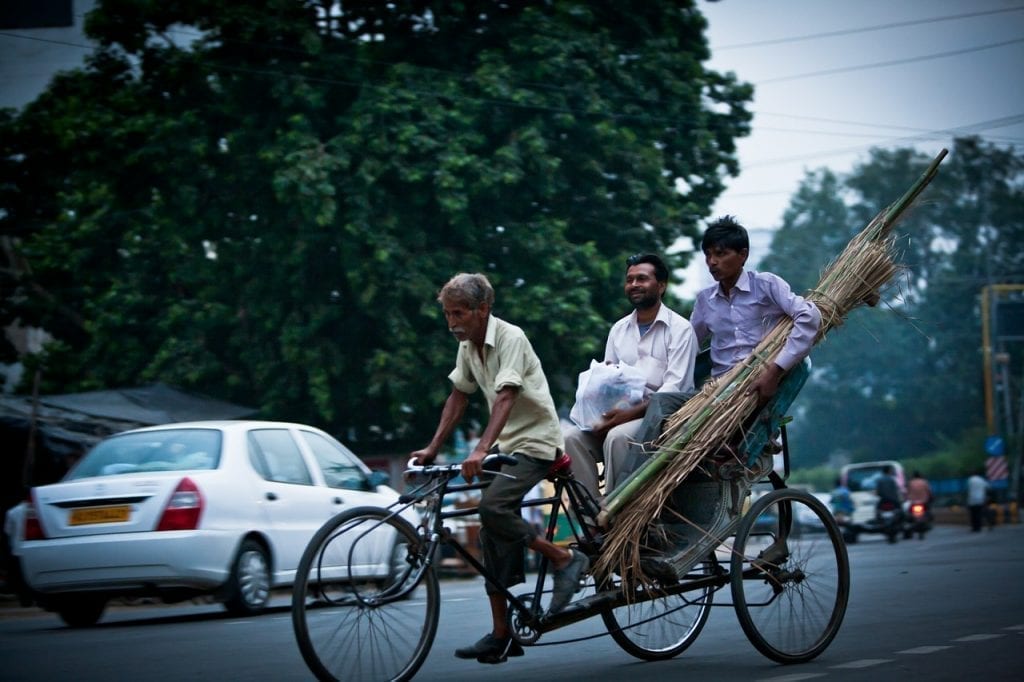 The cross section of life on the Indian railways is amazing. You have the stray dogs which nobody seems to like, the homeless who use the facilities of the station, such as the water to drink or wash in. the coolies carry improbably large loads balanced on their heads, and the bicycle rickshaw drivers are wiry in physique. Then there are the platform vendors, the toilet attendants, and sweepers who ineffectually move the dust around with their broomsticks.