After nearly 24 hours on the train from Delhi, I finally arrived in Calcutta. It was too late to do any sightseeing in Calcutta, so instead, I decided to get my head down for the night, and start the next day afresh. My choice of accommodation? The Yatri Niwas railway sleeping room.

Staying at the Yatri Niwas in Calcutta

Well, it turned out to be quite a long train ride from Delhi… nearly 24 hours in the end, although I did sleep remarkably well. Got to Howrah (Calcutta station) at 21.30, and as I hadn't sorted out anywhere to sleep, I decided to stay in the Yatri Niwas.

The Yatri Niwas is described as the ‘new' style of railway sleeping rooms. A bit of an eye opener! There was five to a dorm, as you can see, although miraculously, I escaped bug free. Still, at just over a pound a night, what more could i expect! I had a train booked for the following night, so the next day was my site seeing day. I got my head down, and joined in the snoring contest with an assortment of Indian businessmen. 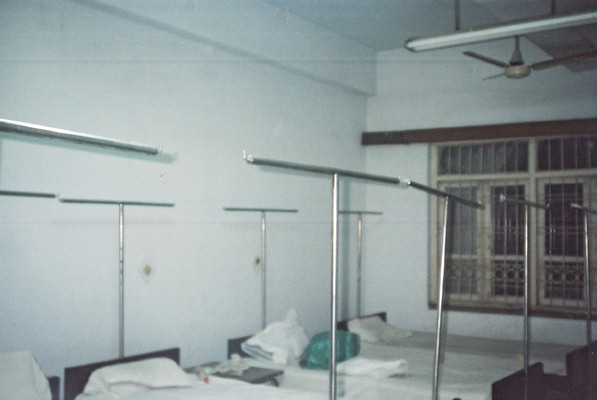 Next day of India travelogues – Sightseeing in Calcutta