Last Updated On October 16, 2021 by Dave Briggs Leave a Comment

The winter months can seem very long in the Northern Hemisphere. It will soon be time to break out the bicycles, and enjoy the sun though! Here is some cycling travel inspiration. 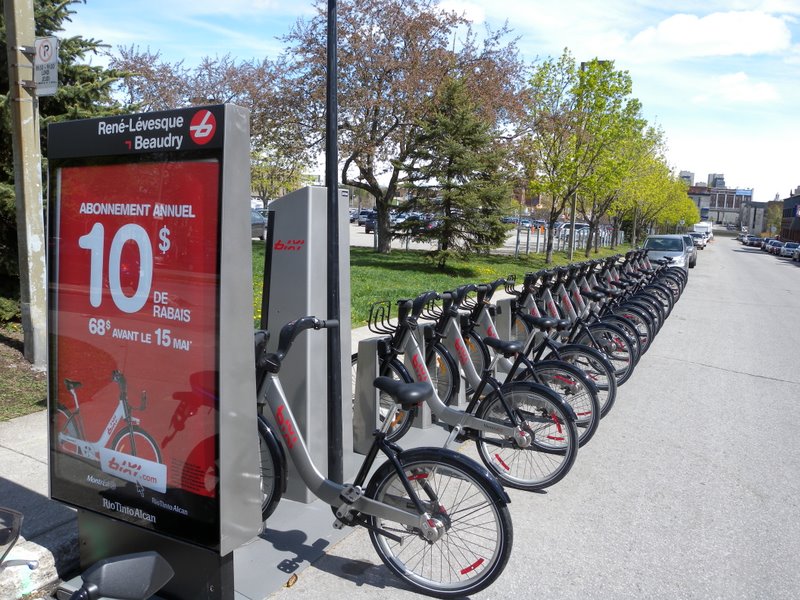 Though winter is still in full force in Montreal, people can’t wait to break out their two-wheel speed machines. Whether you’re a pro biker, or if you prefer the Bixi life, this Montreal cycling guide has you covered on all the best spots to hit up once the summer sun reclaims the city.

First things first, determine where you’re coming from. Seeing as Montreal is an island, there are plenty of bike routes that will take you around the city and let you experience the beautiful scenic views of the island.

If you prefer sticking to a casual ride in the west of the island (appropriately dubbed the West Island) then it's suggested hitting up these local favorites: Gouin Boulevard, Lakeshore Boulevard (specifically in Point-Claire) and St. Anne-de-Bellevue.

Gouin Boulevard borders the entire island from east to west, and though there are plenty of spaces to ride on the east side of the island, the west is a perfect place for a leisure afternoon ride in the Roxboro-Pierrefonds neighborhoods of the west.

Stop along the water and rest or take pictures while you ride through some of the older neighborhoods on this side of the island.

If you find yourself in Point Claire (still in the west island, just facing the south shore), take a ride along the iconic Lakeshore Boulevard and water front.

Ride through the beautifully preserved Point Claire village and stop for an afternoon coffee while watching the sail boats out on the water.

At the most western edge of the city lies St. Anne-de-Bellevue, a national historic site known for its canal. The canal is over 150 years old and the homes and business around it are a reflection of the history it played in the area.

Biking through this area is quite unlike anything else, so FlightHub encourages you to spend as much time exploring the borough as possible.

Heading east into the city, the Lachine canal (the most iconic and important canal in Montreal and Canadian history has gone under massive renovations in the last couple of years, turning it into a parks and leisure space for bikers, runners and pedestrians alike.

The Lachine Canal leads you directly into some of the trendiest neighborhoods Montreal has to offer. Take the time to explore the boroughs of St. Henri and Griffintown, both areas that have in recent years received tremendous revival.

Once you make your way through the South West of Montreal, test your cardio skills and make your way up to Mont Royal, Montreal’s highest peak.

Weave your way through the busy streets and into the park where you’re greeted by the cool shade of the beautiful maple trees and bike your way to the summit for the most spectacular view of Montreal.