Whilst travelling around India by train, I spent a few days in Puri. There was plenty to see there, including Puri Beach, and there was also great opportunity to take a day trip to Konark from Puri.

Visiting the Temple of Konark

It was another beautiful morning, sitting on the veranda and eating breakfast in Puri. Just a couple of notes-

Everybody here assumes that all Westerners smoke dope
One of the taxis had a series of Christmas songs as it's reverse warning.

Day trip to Konark from Puri

A good day trip to Konark, even if the rickshaw was a bit bumpy over the potholes. There was some nice scenery on the way, and again, passed a mix of people some of whom lived literally on the roadside in incredibly dusty shacks. 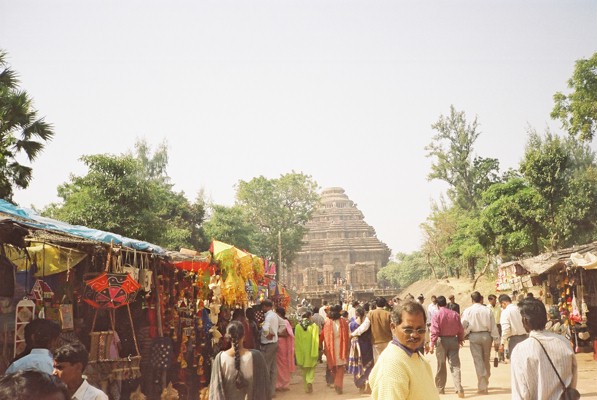 The Temple of Konark

The temple itself was impressive, although it is in the process of being rebuilt. It's a sun temple, which is represented as a huge chariot being drawn towards the sea by horses. At the bottom of it are carvings of elephants and towards the top are sculptures of men and women doing all manner of lewd and rude things. A random Indian wandered up to me, and asked if he could take my photo, which is a bit odd. I wonder what my label will be in his family photo album?! 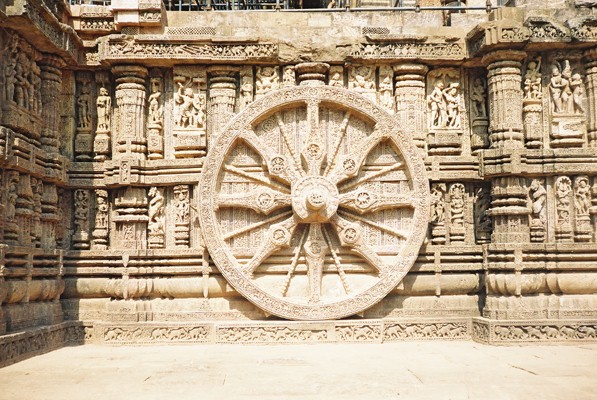 Some great stonework and design at the Temple of Konark in India. When i visited Cambodia later on, Angkor Wat reminded me very much of some of these temples. 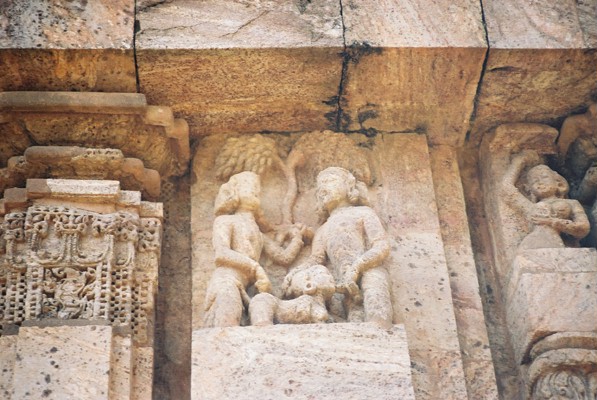 The following day, I was due to catch a train to Bubeneshwar, so had another early(ish) night.

Next day of India travelogues – Bubenishwar