Last Updated On August 6, 2021 by Dave Briggs Leave a Comment

After arriving in Jaisalmer, I decided to take an overnight camel safari into the desert. Normally, there would be lots of other tourists taking the Jaisalmer camel safari as well. Due to a religious holiday though, I was the only one out there! 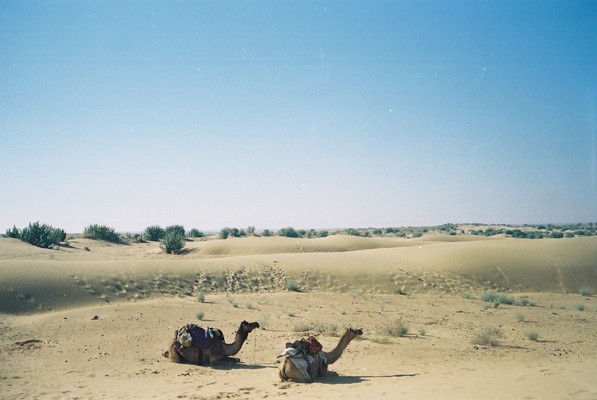 Caught a jeep to an ok hotel in Jaisalmer, and after a nap and a shower, I booked to go on a camel safari starting that afternoon.

The safari! Got picked up by a jeep, and went first to a Jain temple, which was very pretty but not exactly spectacular. Then I was taken to the dunes, where I rode my first camel.

No problems, but a bit of chaffing around the balls area!

Got off after an hour, and was pestered by a series of kids whilst waiting for the sunset. I then rode the camel back to camp, where I had a meal and discovered that because of some Muslim holy day, I would be the only one going on the safari! (This area being mainly Muslim).

Normally there would be a couple of hundred other tourists sleeping out in the desert, but today, it was only me, and I fell asleep to the sound of drums and music drifting across the desert night air. 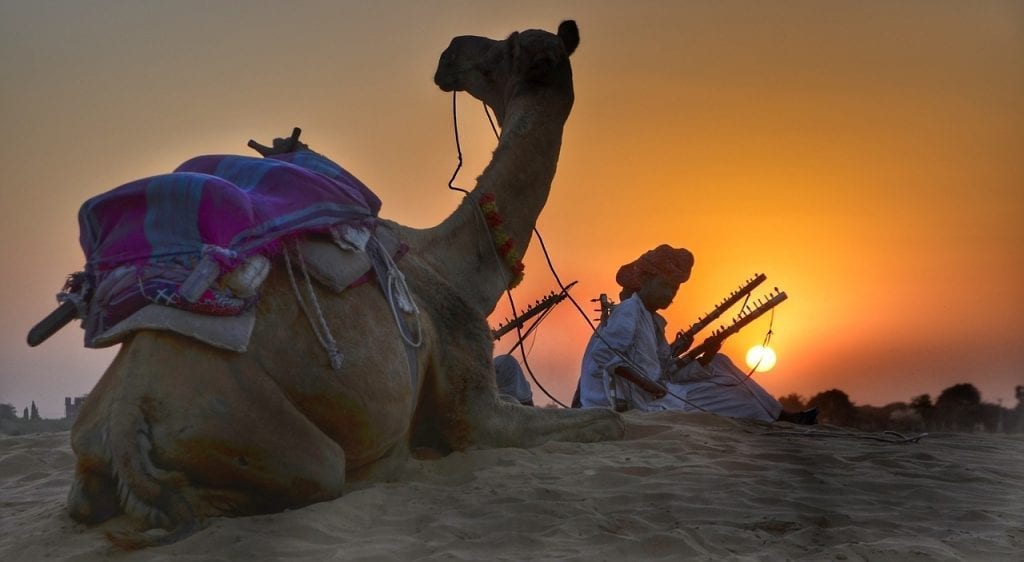