Last Updated On January 21, 2021 by Dave Briggs Leave a Comment

An  uneventful day's travel in India, where I arrived by train at the town of Khajuraho. Not a lot to report in this India travelogue entry! 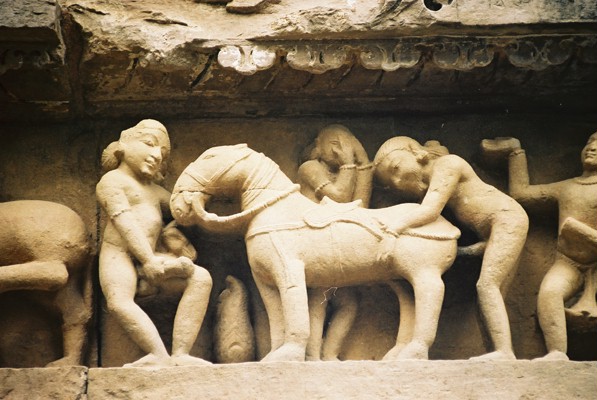 Another long journey, and the Indian railway system kept to their unwritten policy of ignoring the timetable. Caught a bicycle rickshaw in Satna to the bus stand, and then got on an extremely crowded bus to Khajuraho.

A jeep ride into the town, and straight into a nice and cheap hotel room, where I decided to have a chill out day.

Previous day of India travelogues – Another night on a train

Next day of India travelogues – Khajuraho