Last Updated On November 22, 2021 by Dave Briggs Leave a Comment

I had to leave Hotel Orientale today, as they did not have enough available free rooms in their hotel for the duration of my stay. I already had somewhere lined up to stay, and a short walk took me to Hotel Moderno which like many other hotels in Palermo, is on Via Roma.

The price of the room was the same as the other hotel, which was 40 Euros a night. It all goes to remind me that European cities are not cheap, and that wild camping with the bicycle is by far the better option! The hotel itself is not bad, and i ended up swapping a large, atmospheric room with a fan in Hotel Orientale for a smaller, more modern one with air con in Hotel Moderno. Air Con wins every time during the heat of a Sicilian summer! 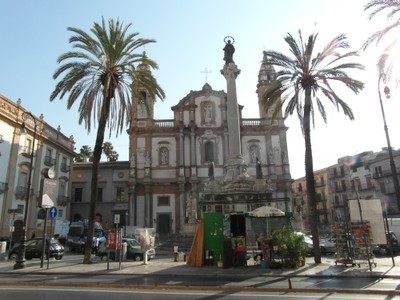 After settling in to the hotel, I had a little wander around, and then had lunch at a place on Piazza Domenico. Some quite colourful people working there, with one guys job seeming to be just shouting “prago, prago, prago” at people who passed by. It seemed to work though, and it was a pleasure to see a master at work!

The meal itself while ok, was not cheap at 16.50 euros, and it became quickly clear that with quite a few days to spend in Palermo, I would need to find a supermarket. After a siesta back at the hotel, I went off in search of one, and found a CarreFour located just off from Piazza Marina. It had everything that I needed, with the added bonus of the cheapest carton of red wine costing just one euro for a litre. Thank you Sicily! 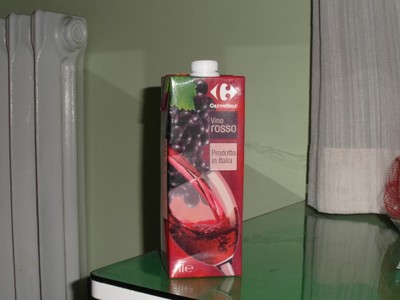