Last Updated On April 2, 2022 by Dave Briggs Leave a Comment

Is the Kindle Keyboard 3G the ultimate travel gadget? It took me a while to get around to buying one, but now I have, I am inclined to confirm that yes, it is.

When going on my extended travel expeditions such as cycling from England to South Africa, I was faced with taking a small pile of travel books with me.

Even carrying three books at a time represents quite some bulk and weight – Not any more though. The Kindle Keyboard 3G, with its 4 Gig storage can store literally thousands of books at any one time. 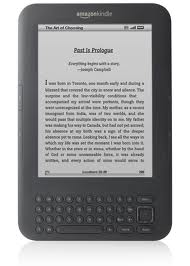 Now one potential problem that was holding me back, was what would happen if the battery runs out. Well, I have to say the battery life is superb (as long as the 3G and WiFi is switched off). Recharging doesn't take long either.

The second potential problem that held me back, was what happens if I lose the thing? Well, the books are backed up in “the cloud”, so anything I have bought would be safe. I would, however, need to replace the device itself.

The Kindle Keyboard 3G has WiFi as well as its 3G, which means that whenever I need to buy a book, I can do it quite quickly. Downloading a book takes less than 30 seconds, and once on the device, I can put it into seperate folders.

One HUGE bonus about this Kindle Keyboard 3G though is, in fact, the 3G itself. Why, you might ask? Simple – The device has a web browser which will surf the web via the 3G connection at no charge to myself. This is a feature which is not available on the newer Touch versions of the Kindle. Basically, what this means, is that I can check my email every day at no extra cost which is brilliant when on a long trip.