Last Updated On August 10, 2020 by Dave Briggs Leave a Comment

After staying the night at a railway sleeping place, I checked out and the explored the streets of Calcutta. To call it an eye-opening experience was an understatement, with the term ‘street life' given new meaning. I'd be interested to know if much has changed since I was there in 2004.

A day in Calcutta

Had a shave, cold shower, used the squat toilet and checked out. I dumped my bag in the cloakroom of the railway station, and had some breakfast, before taking a walk over the Howrah bridge and into Calcutta itself.

It seems a bit more laid back than Delhi, but it was odd to see the pavement barbers, people washing clothes in open drains and having showers from hoses etc.

That's proper living on the streets, unlike the collection of junkies and winos who claim themselves homeless in England.

I had a pretty good day in Calcutta, which was not quite as frantic as Delhi, and even had proper roads in places! 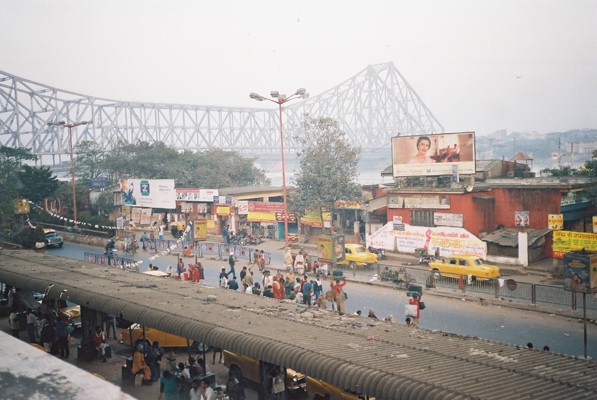 The Victoria Memorial was interesting, documenting events from early European involvement up until the present day. After visiting there, and sitting in the peaceful park, I went into Sudder Street which is the backpackers hangout.

I don't understand why fifty percent of them seem to have this near desperation to dress so deliberately scuzzy. By trying to wear the cheapest local clothes and not washing for four days, it's like they are mirroring the poorest street living people, which is a little bit sick.

Anyone with half a brain can see that there are real problems with poverty here, and it's like some awful joke that these people (all from middle class back grounds!!) are trying to look as poor as them. Anyway rant over!

Went to a typical backpacker's cafe, and saw several people waiting for their 2rs change (about 5 pence!) Shoot me if I ever get like that! Wandered back over to the station, and caught the train to Puri. 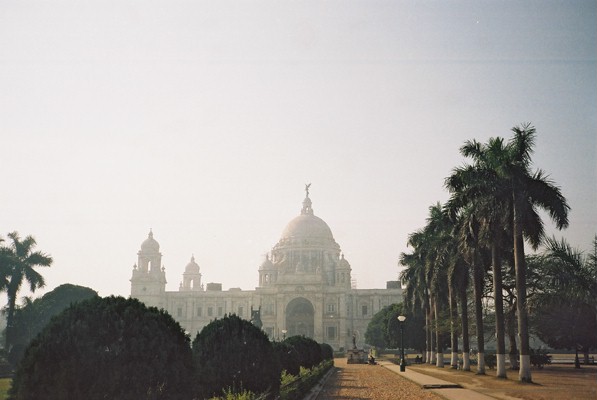