Last updated on March 29, 2018 By Dave Briggs Leave a Comment

Anyone who plans a train journey around India will certainly add a trip to the Taj Mahal on their itinerary. I have to say, that it is a very incredible building, and certainly worth visiting! Here's an India travelogue update about the Taj Mahal.

Agra and the Taj Mahal

An ok enough train journey, shared yet again with another family going to a wedding. Immediately after getting off the train, I could sense that it was going to be a bit of a scrum outside the station, so I found a telephone, and booked ahead for a room in Agra. My first bicycle rickshaw broke down on the way (snapped chain), so it took me an hour to reach the hotel. I checked in and had a snack before heading off to the Taj Mahal. At 750 Rs it was the most expensive site I had paid to get into, but by far the most beautiful. 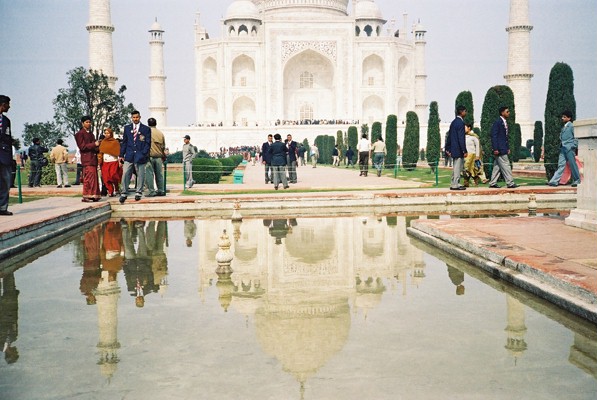 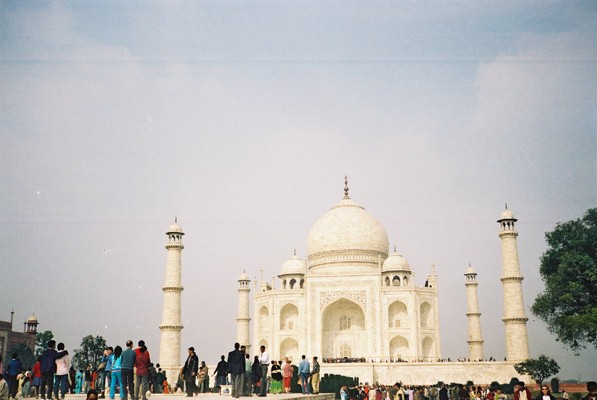 These photos don't do it justice by the way !(My camera in 2004 was not very good. In fact thinking about it, it wasn't a digital camera. I actually digitized the negatives when I later started travel blogging!).

I hired a guide to take me around the Taj Mahal, and although he was pretty good, I didn't learn a lot more than I'd already read about. That said, he pointed out that even when it was first built, it was a tourist attraction.The Taj Mahal was a real highlight, and truly deserves its place in the seven modern wonders of the world.

After finishing at the Taj, it was time to head back to the hotel in Agra.

Next day of India travelogues – Waiting at the station