When does a walking tour turn into a sing song? When you take a tour in Athens with Livin Lovin, along with fellow bloggers from Travel Bloggers Greece! 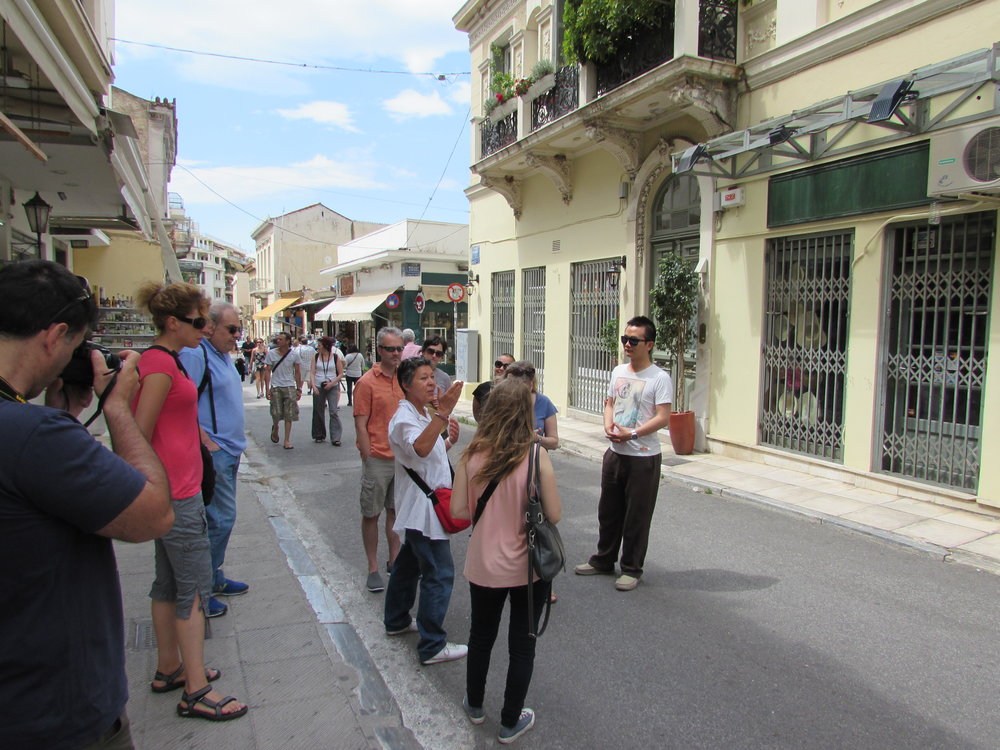 Although I have lived in Athens for nearly 4 months now, I know that I have barely scratched the surface in terms of what there is to see and do.

Certainly, my current series on museums in Athens is helping me to see one side of it, but finding the time to work, blog, and get out and about more is a difficult balancing act.

Except when you can go on a tour – then you get to do it all at once, with huge doses of pleasure as well! 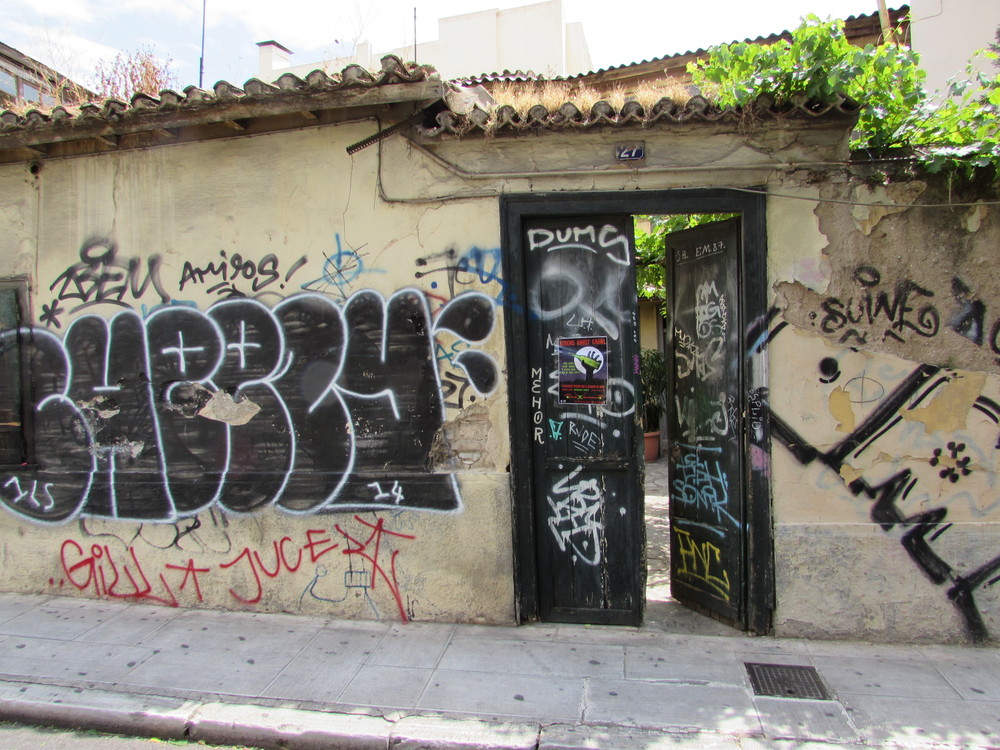 The walking tour in Athens was organised by Katerina and Aristotelis of Livin Lovin, who cater to a predominantly ex-pat clientele. Starting off at the Acropolis metro, we strolled through some side streets, stopping off at a few interesting places, until we got to our ‘surprise'. 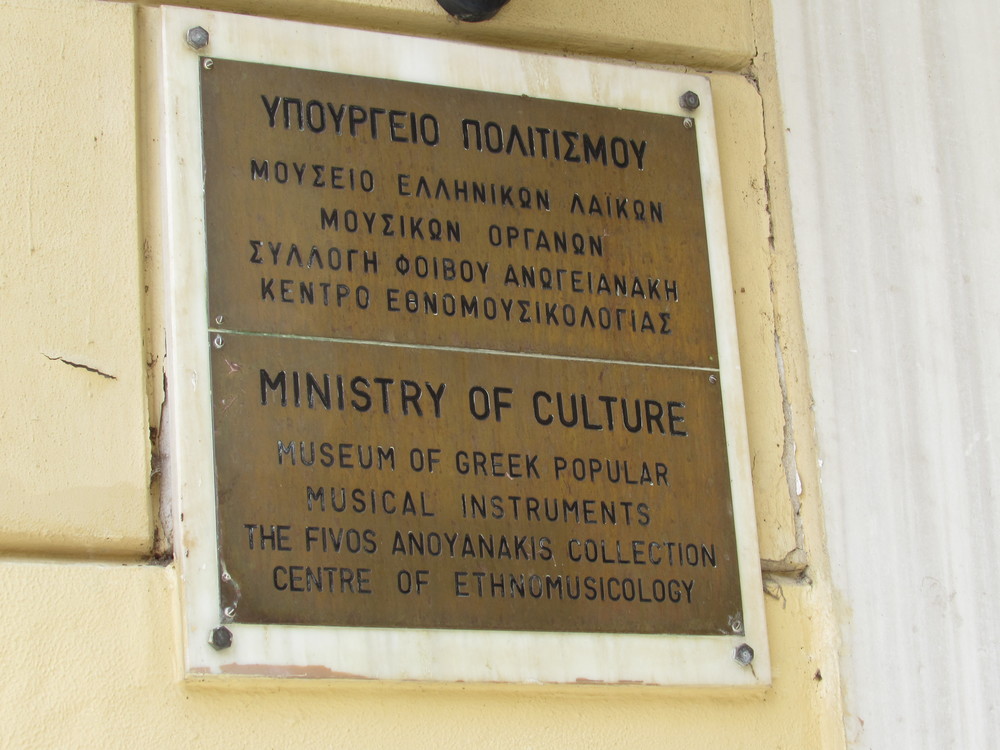 Now, the Museum of Greek Popular Instruments is on my list of places to visit as part of my museum a week project. What wasn't on my list though, was taking part in a singing lesson there. 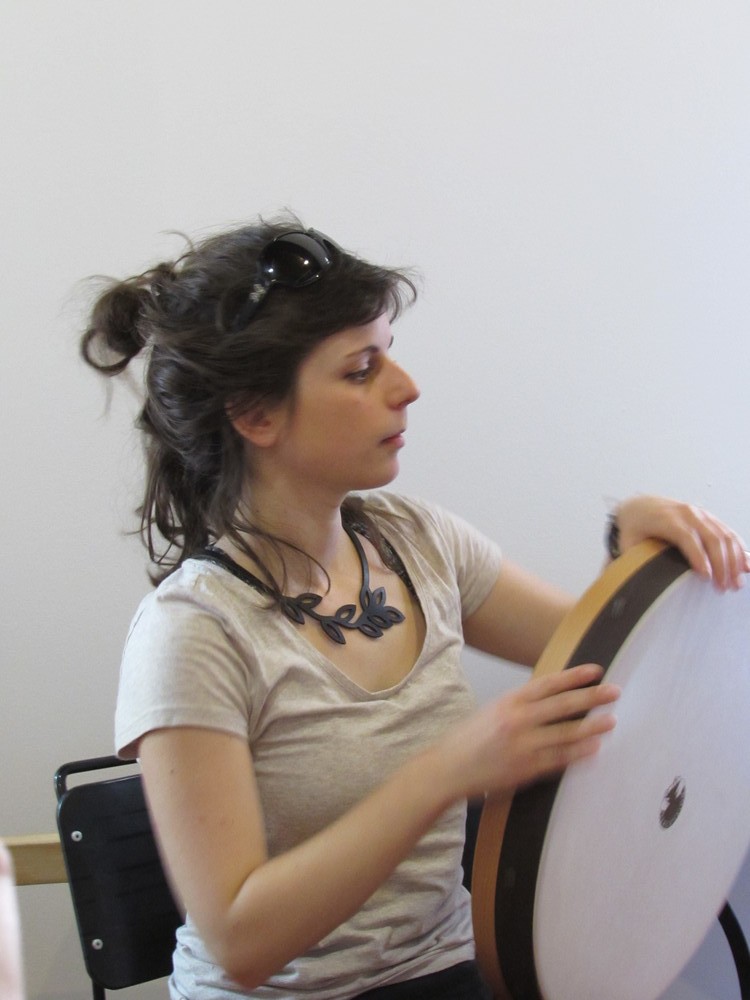 The little girl with the big voice, whose name escapes me (sorry), explained that we would be singing a variety of songs from different islands. The only accompaniment to our dulcet, velvet tones would be a drum. Hmmm. 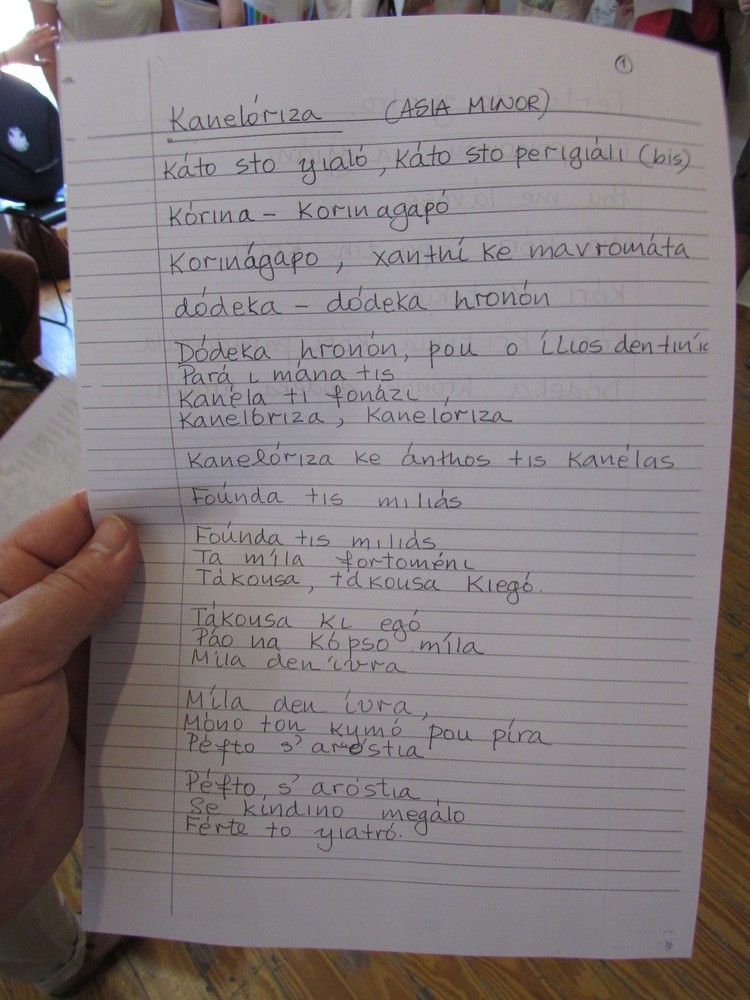 So, with song sheet in hand, we began. 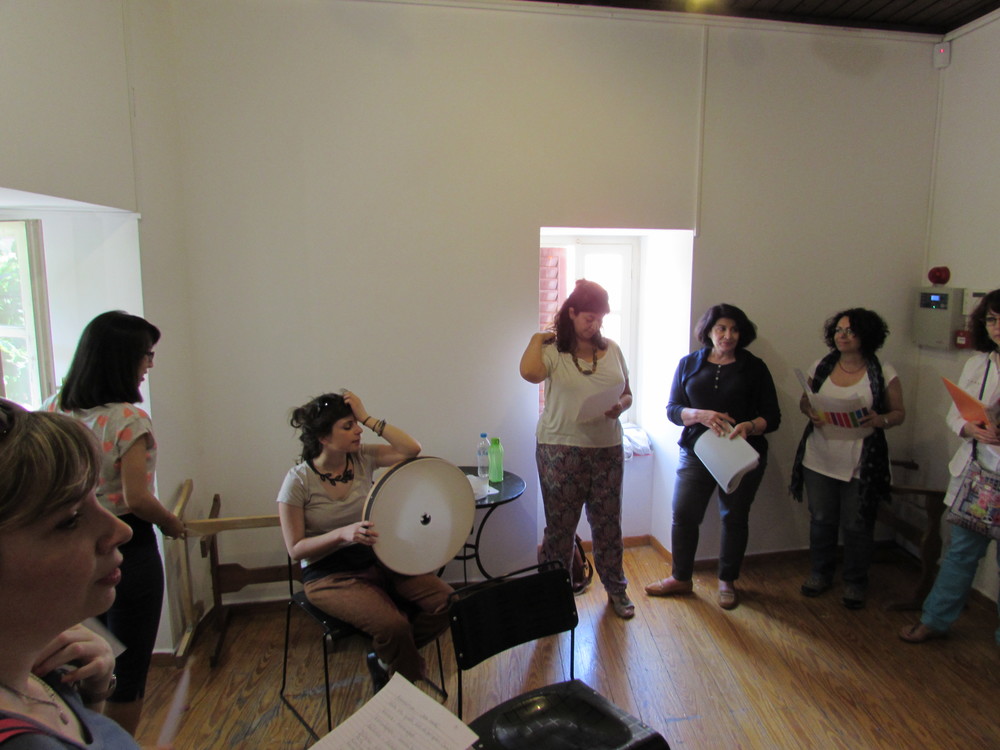 Well, probably. At least we weren't the only ones making mistakes every now and again hehe. 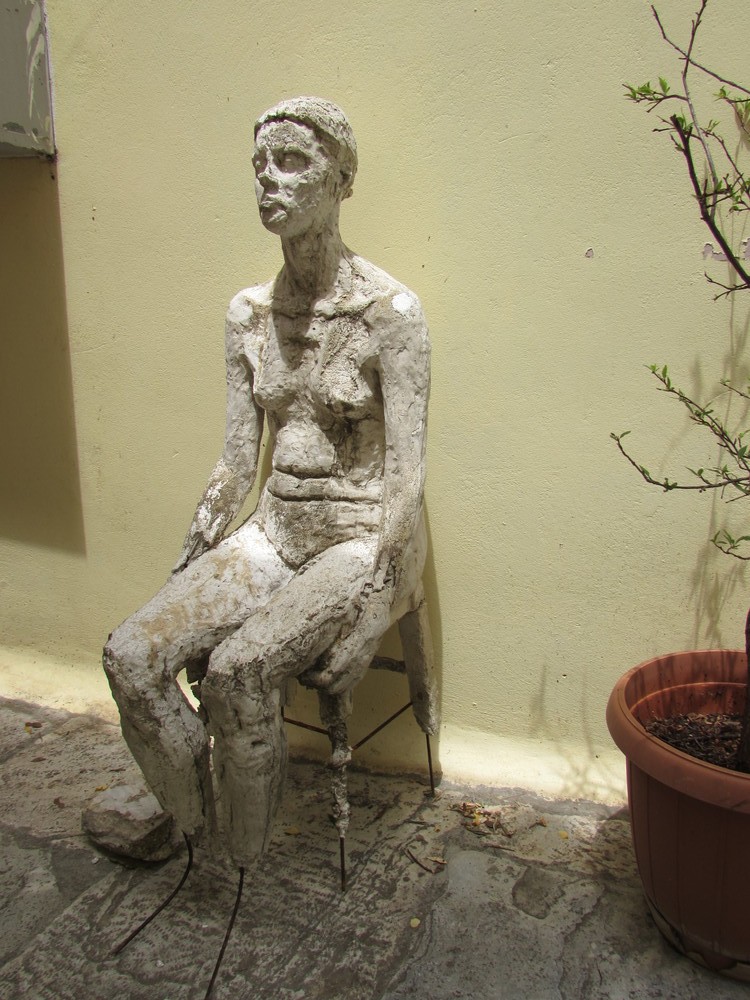 And it looks like we quite literally petrified this poor soul! 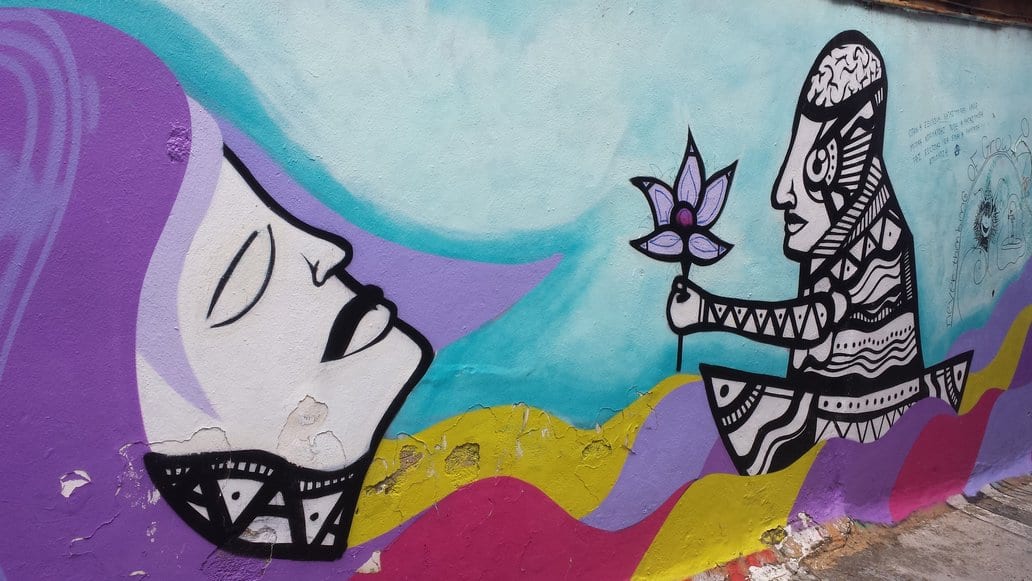 The walking tour in Athens ended after checking out some street art and having a meal. It was a fun way to spend the afternoon, and thanks very much to Katerina and Aristotelis of Livin Lovin, as well as to my fellow travel bloggers in TBG… #TBGrocks ! 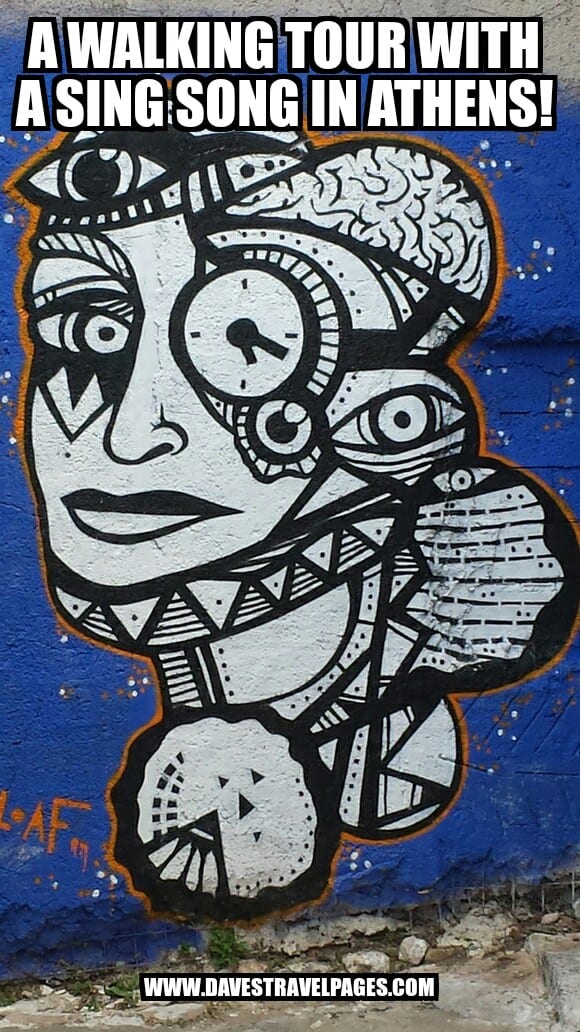 This walking tour was organised for free by Livin Lovin in Greece, who operate a service for ex-pats thinking of moving to Greece. They use the tours as a way to introduce them to parts of the city, so they can learn a little about the history and background of Athens.