Should you wear a helmet for bicycle touring? Here's a look at some of the pros and cons to wearing a lid when bike touring. 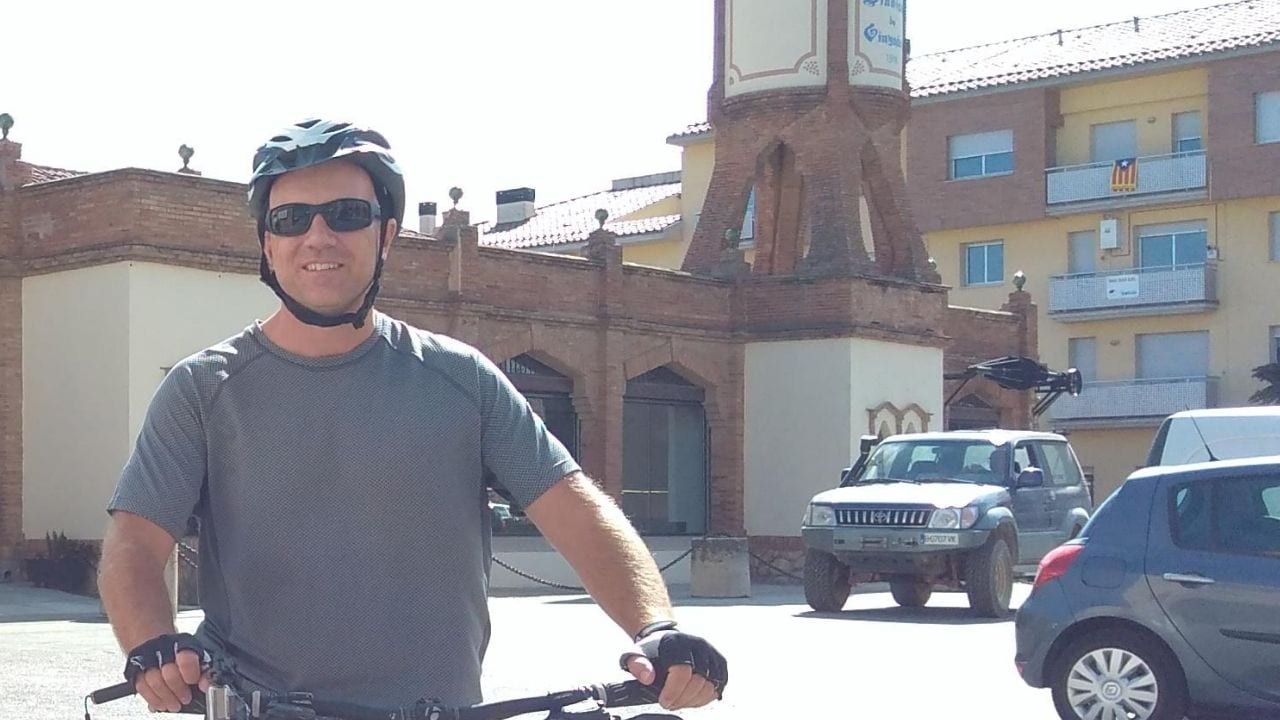 Wearing a helmet for bike touring

Few things are more divisive within cycling circles than whether or not you should wear a helmet. This isn't just on a person to person level either, it's on a national level.

In countries such as Australia and New Zealand, wearing helmets is compulsory for cyclists. In other parts of the world such as the Netherlands, they shake their un-helmeted heads in bewilderment at the very idea.

You'll want something lightweight and hardwearing. Also, a well ventilated helmet for bikepacking is a good idea.

These touring bike helmets all fit the bill!:

Why is wearing a bicycle helmet such a big deal?

Just why is the world so divided over something so seemingly simple? After all, in theory, it only makes sense to use one.

I think it's because most folk get hung up over the word ‘compulsory' when it's thrown into the argument, because it immediately polarises people.

That word compulsory doesn't really apply to touring cyclists though, so it comes down to personal choice on if you should wear a helmet for bicycle touring.

Note: I should also add that this article about road bike helmets and if they are useful for touring was first written in 2014. I think looking at this in 2022, we should also consider that the zeitgeist/consciousness has shifted and perhaps we now have a generation of cyclists who know no different to wearing bike helmets, further entrenching positions.

My view on wearing a bike helmet

Now, I'm not here to persuade you one way or the other. My view, is that it's up to you. As long as you are following the laws of the country you are riding in, you're golden.

Personally, I don't wear a helmet for bicycle touring in countries that I don't have to.

As I said, it's my choice, and if I do happen to get knocked down and split my head open, you can say ‘See, I told you so!'.

It goes without saying that I would prefer that particular scenario didn't happen at all though!

So if you are undecided on the issue, or even have an axe to grind one way or the other, you might be interested in reading on. These are the main reasons why I don't wear a helmet for bicycle touring, and I'd appreciate your comments at the end.

Why I Don't Wear a Helmet for Bicycle Touring

It's another thing to carry – Admittedly, cycling helmets don't weigh much, but every little counts right?!

They get a bit stinky – One of the main problems if you wear a helmet for bicycle touring, is that they do start to whiff after a while. The sweat just builds up on the foam padding on the inside, and 8 hours a day, day after day in the saddle start to take their toll. It's not much fun putting on a cycling helmet in the morning that is still cold and wet with sweat from the day before either!

I'm probably going to leave it somewhere – Inevitably, at some point, the helmet will get left behind somewhere, whether its a wild camp site, a restroom or at the side of the road after a break.

I don't cycle fast enough to need one – This could be a bone of contention! My point here is that when bicycle touring, I am never going to achieve the consistent high speeds that road cyclists do. In fact, on uphill sections, I am barely going faster than someone walking or jogging. Do joggers wear helmets? No. Do pedestrians? No again, so what is the difference?

It's not going to help if I get hit by a truck – I will leave that explanation as it is!

I just don't want to

So, there's my reasons for not wearing a bike touring helmet. As the basis of a valid argument against if you should wear a helmet for bicycle touring, even I think that's pretty weak!

Please share this bikepacking helmet article by pinning the image below. 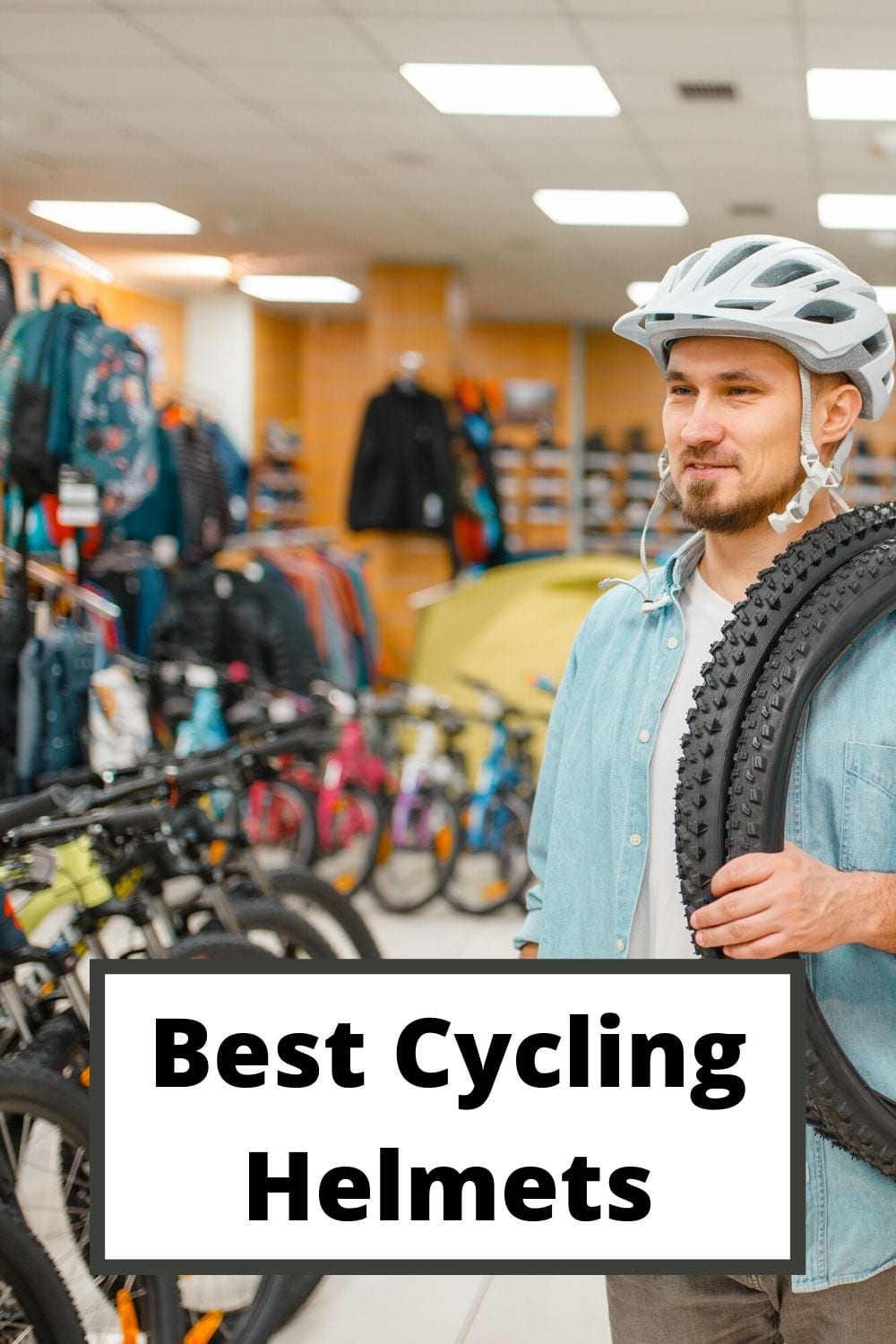 Readers who are considering whether they want to wear bicycle helmets on a bike tour often ask questions such as:

Which helmet is best for cycling?

The Giro Register MIPS is considered to be among the best helmets, and ticks a lot of boxes for bike touring. It's affordable, lightweight, and quite breathable.

Do cycling helmets make a difference?

The helmet's ability to reduce the severity of head injuries in a bike accident is one of the reasons that people suggest wearing head protection when riding bikes.

Which is the safest cycle helmet?

Virginia Tech offer updated lists of which are the safest of the helmets sold. How unbiased their research is given who some of their donors are might be a source of debate.

Which brand of helmet is best?

Probable know brand of road bike helmet can be said to be better than another, although certainly, some are more well known than others.