It took nearly 6 hours to cover less than 40kms today, but that's how it goes when cycling in the mountains of Colombia! 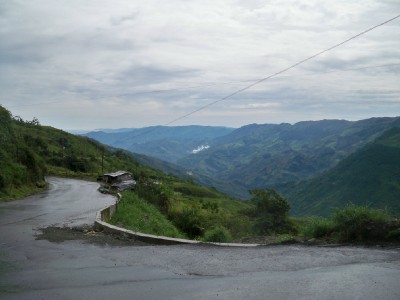 There was no need for a super early start, as it had rained overnight, and it worked in my favour to let the roads dry from the previous nights rains.

Also, because I was higher up in the mountains there was no oppressive heat to avoid.

I knew it would be a tough day, so I made sure I had a good breakfast before I set off.

The first 15 kms were all uphill, and took me about two and a half hours of cycling. This was probably the tougher section, as there was no let up, although the gradients were at least not too insane.

Towards the top, there were two army checkpoints where I got chatting to the soldiers whilst drinking a coke. 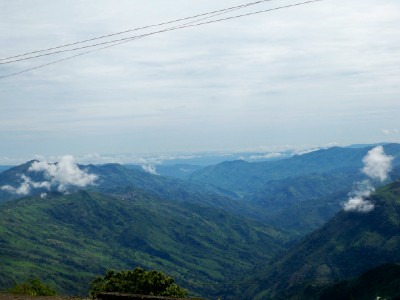 A brief downhill section followed, and then it was uphill all the way to the town of Yarumul. 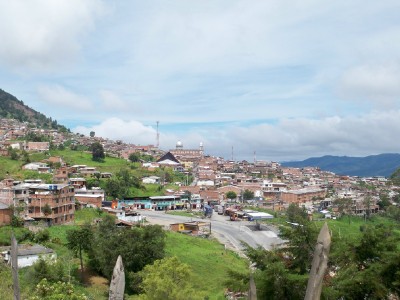 Only 37 kms, but between 5 and 6 hours in the saddle. I headed to the centre of Yarumul, and took a hotel room for two nights. At 25,000 pesos it’s a little expensive for me, but the room is clean, bright and airy, has hot water and WiFi access.