Last Updated On April 25, 2020 by Dave Briggs Leave a Comment

Not the greatest start to my cycling trip from Alaska to Argentina! With my baggage lost in transit somewhere, I had to put in some time and effort to find it.

A day off in Fairbanks

I spent a lot of the previous night trying to phone as many numbers as possible in an effort to trace my missing bag. (Night here is European day).

According to the tracking website, it appeared that in some great cosmic irony, it may have been on the same Condor flight as I was from Frankfurt to Fairbanks.

As the day went on, however, it became apparent that this was not the case, and that BA, or Bastard Airways, are a load of old Tottenham…. a steaming pile of Hotspur. 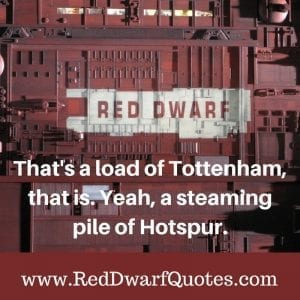 Organising a bus ride to Deadhorse

After nine, I managed to get hold of the transport company who are giving me the bus ride to Deadhorse from Fairbanks.

By mutual agreement, it works in both our favours if I go north on the Tuesday 21st, which is a bonus, as it gives either the bag a few more days to turn up, or me the chance to re-equip.

Chase and Phyllis (my warm showers hosts), have been great, and not only have I used Chases mobile phone as a contact point, but they have also let me stay through until the Monday night.

After finishing putting my racks and mudguards on the bike, I took the ride into Fairbanks. First job was to get some chain oil, and also do a recon of camping gear in the same shop.

If I do have to re-equip, its not going to be cheap. Then it was off to Fred Meyers, which is a big supermarket. I needed to buy an entire new washkit (other one in lost bag), socks, boxers and a T shirt.

I also got a few snacks, and again, I was surprised at how expensive some of the food was. I was always led to believe that America was the land of cheap food, but it doesn't seem to be the case from at least first glance.

I popped into McDonalds on the way back to my hosts house as a way of completing my US cultural experience, which was an incredible moment on many levels. It may have been just a one off, so I will reserve judgement until I have ventured into another Golden Arches temple.

Decided on an early night, although I managed to get through to Bastard Airways once more. If I understood the woman correctly, my bag did indeed make the Condor flight, but was then, for some inexplicable reason, re-routed to Seattle.