Last Updated On December 28, 2021 by Dave Briggs Leave a Comment

My Belize travelogue covers my time spent in Belize during a backpacking trip through Central and South America. During my time in Belize, I visited the ATM Cave, Caye Caulker and more! 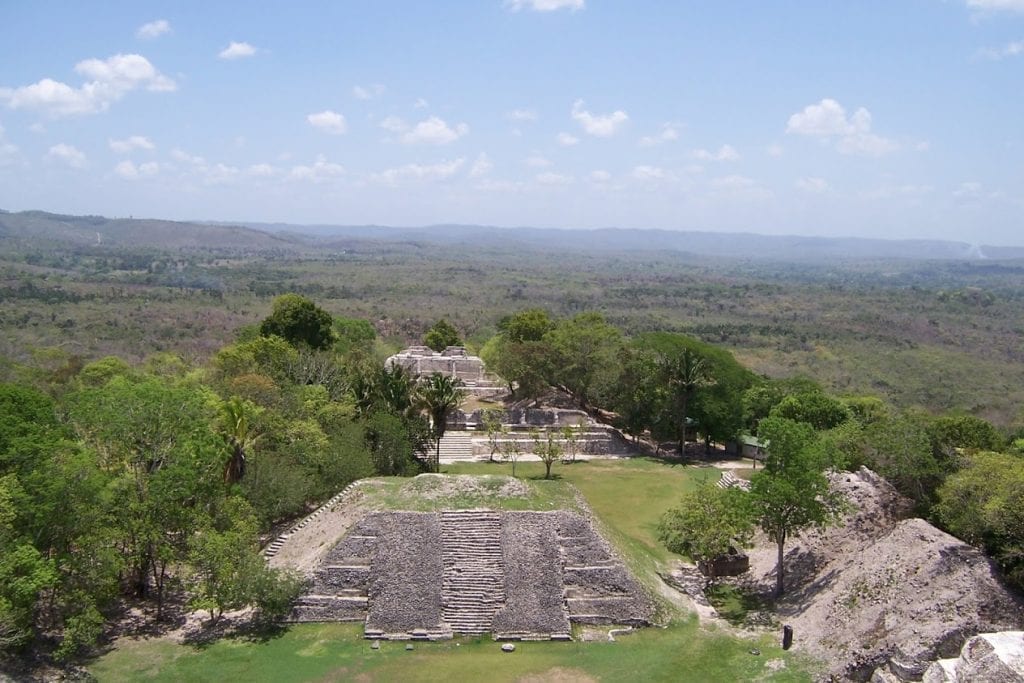 A note before I begin: This travelogue update covers my time in Belize, where I visited the ATM Cave, Caye Caulker and a few other places besides. It was part of my longer backpacking travels through the region which I undertook in 2005.

Crossing the border from Mexico to Belize

Once over the border into Belize, the difference from Mexico was instantly noticeable. All the signs were in English, the language was English, or a Creole mix depending on who is talking to who, and the general feel was much different.

The town of Orange Walk itself, which was my destination, gave me the feel of a place struggling to survive. A lot of hotels were closed down, and there were quite a few drinking dens scattered around.

It reminded me of Tennants Creek in Australia, which only seems to be exist because you need a town there to make a convenient stop off whilst on the way to somewhere else.

That said, everyone was friendly enough, and I stayed in a Japanese run hotel opposite a Chinese restaurant which was up for sale.

A day trip to Lamanai in Belize

The day trip to Lamanai was one of the best ones I've ever been on. The river boat journey to the site was interesting, and the guide pointed out things like orchids, river snakes, iguanas and crocodiles.

We stopped off to talk to some young Mnemonites, who are a religious sect descended from German settlers, and are a little bit like the Amish, not believing in technology or modern ways.

Except these kids were smoking and listening to heavy metal on a portable stereo. It must be frustrating for them being surrounded by the modern world, but not allowed to take part in it.

We arrived at the site and had a meal before going around. Lammanai itself was not a particularly outstanding site, but it was interesting for several reasons.

The area had been inhabited from around 1500BC right through until the early 1800’s, there was a large carved face on the front of one of the temples, and there were no Chac’s with the goggle eyes and trunk nose.

There were only three of us on the trip which made it all the more personal. It started to rain towards the end, but it was still warm, and in a way unique to climb to the top of a 100 foot temple in a downpour.

Caught the ‘St. Trinians' bus to Belize City with no problems, and after a bit of wandering around aimlessly, found myself a suitably dodgy guest house for the night. The whole of Belize City is like one decrepit shanty town, seedy and sleazy, and I loved it!

I had planned to visit a site called Altun Ha, but circumstances worked against me, so I decided that the best thing to do was spend the weekend on Caye Caulker, which is a tiny island in the Caribbean an hour from the city.

The water taxi over there was pretty nippy, and the sea was calm. When we docked, I bumped into a girl I’d met at Palenque and we had a quick chat before I wandered off to find myself a shed to stay in for a few nights. At 20 Belize dollars it was easily the cheapest place on the island.

Things to do in Caye Caulker Belize

Did a lot of chilling out and taking it easy (it’s a hard life!), and booked a snorkelling trip for the following day, which was absolutely fantastic! 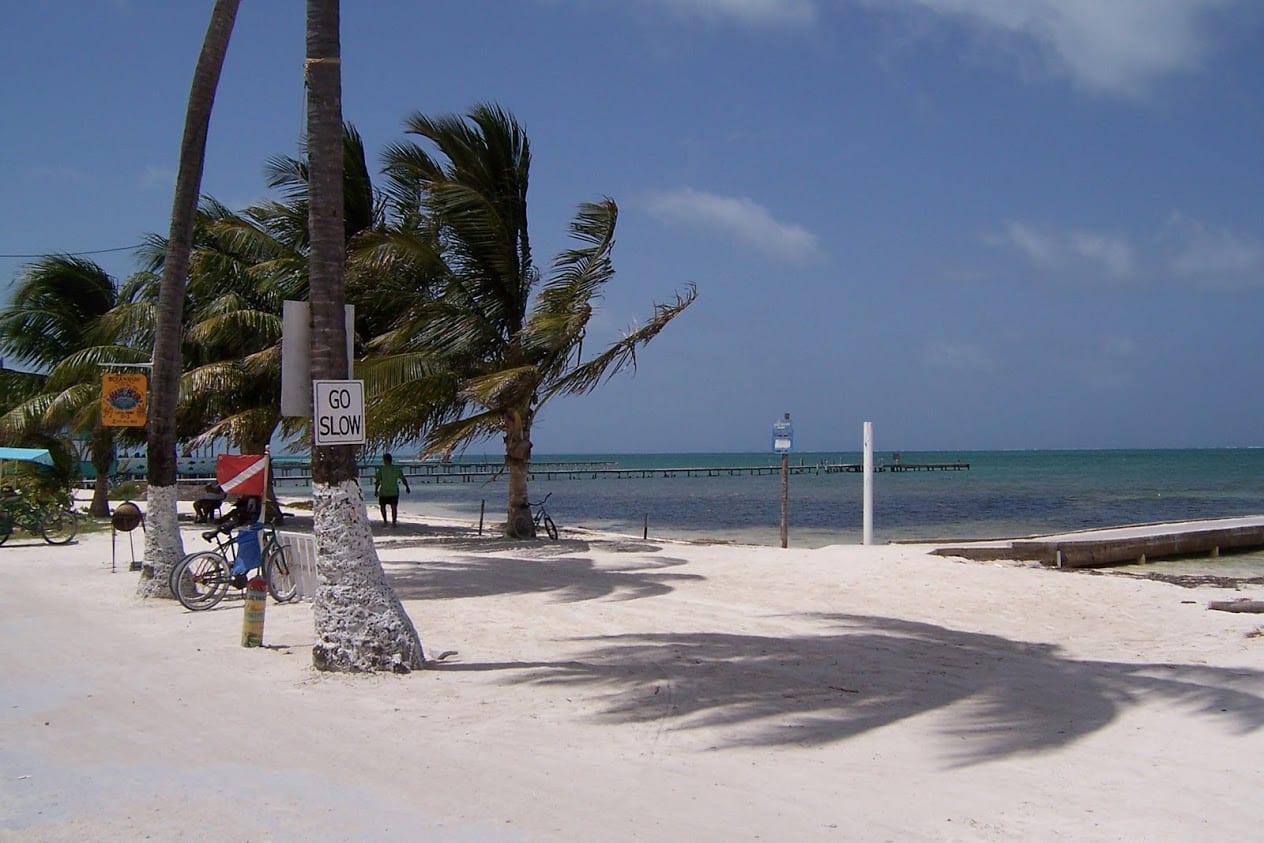 The first stop at the coral reef was just to get used to snorkelling again, which I found to be no problem.

There were thousands of fish around with every colour and pattern imaginable, and the coral itself was of all shapes and sizes, with natural channels to swim through.

The second boat stop was to swim with the sharks and rays. It’s a little unnerving at first, feeding a ray with fish from your hand six feet underwater, whilst sharks are swimming just beneath , but it’s one hell of an experience!

There were probably about 20 rays in all, and three sharks. I could have spent the whole day there, but had to move on in the end . What a memory though!

The day after, I decided to spend on the island not doing a great deal, so nothing to report other than I finished reading a book and drank a couple of bottles of Guinness. 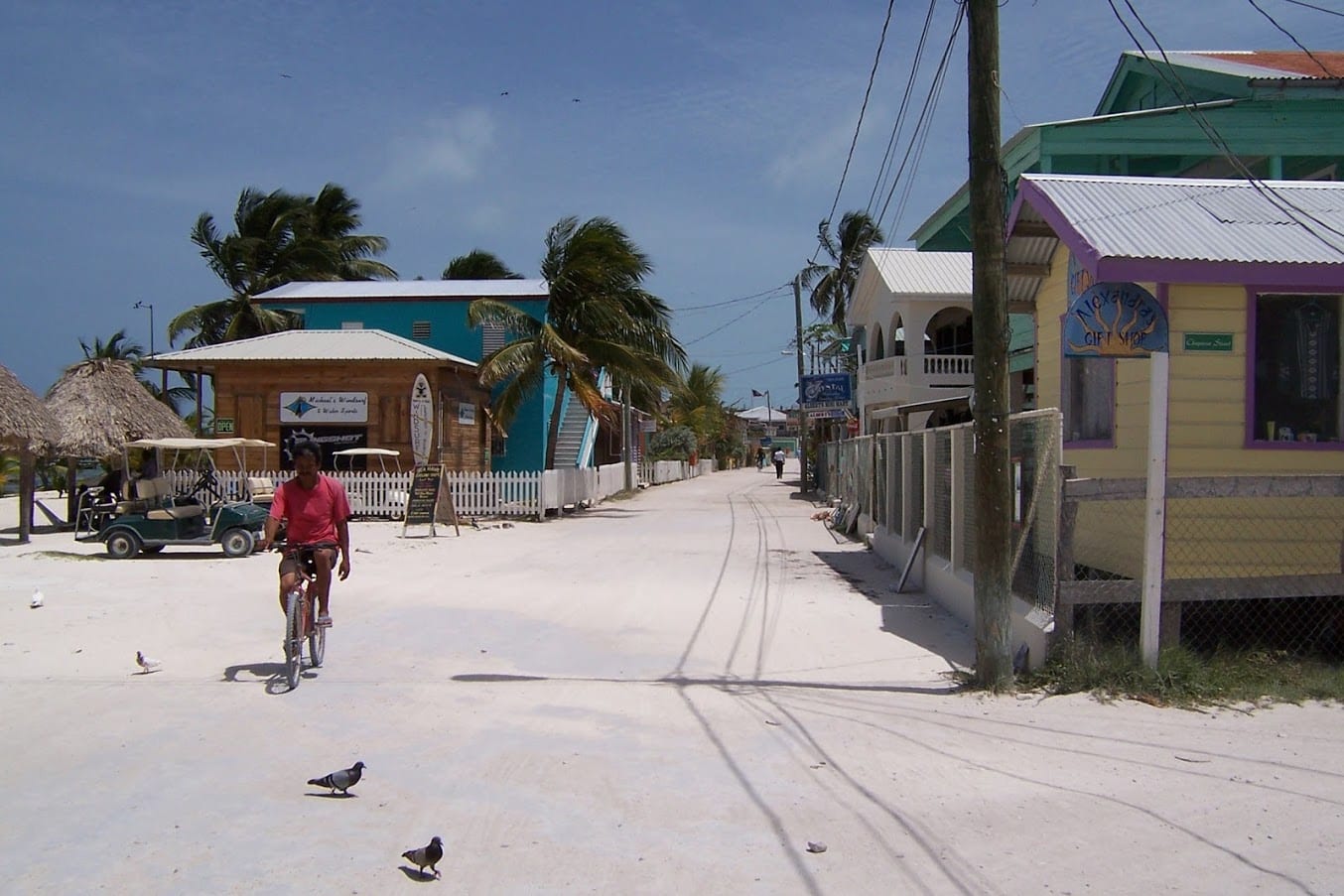 Last day of the month, the 31st, and I headed back to the mainland and caught a bus out to San Ignacio, known locally as Cayo. Settled into the hotel and had a wander around whilst I planned what to do in the area.

The following day I visited the site of Xunantunich, which involved catching a local bus, and then a short ferry ride (as in 1 minute) across a small river. 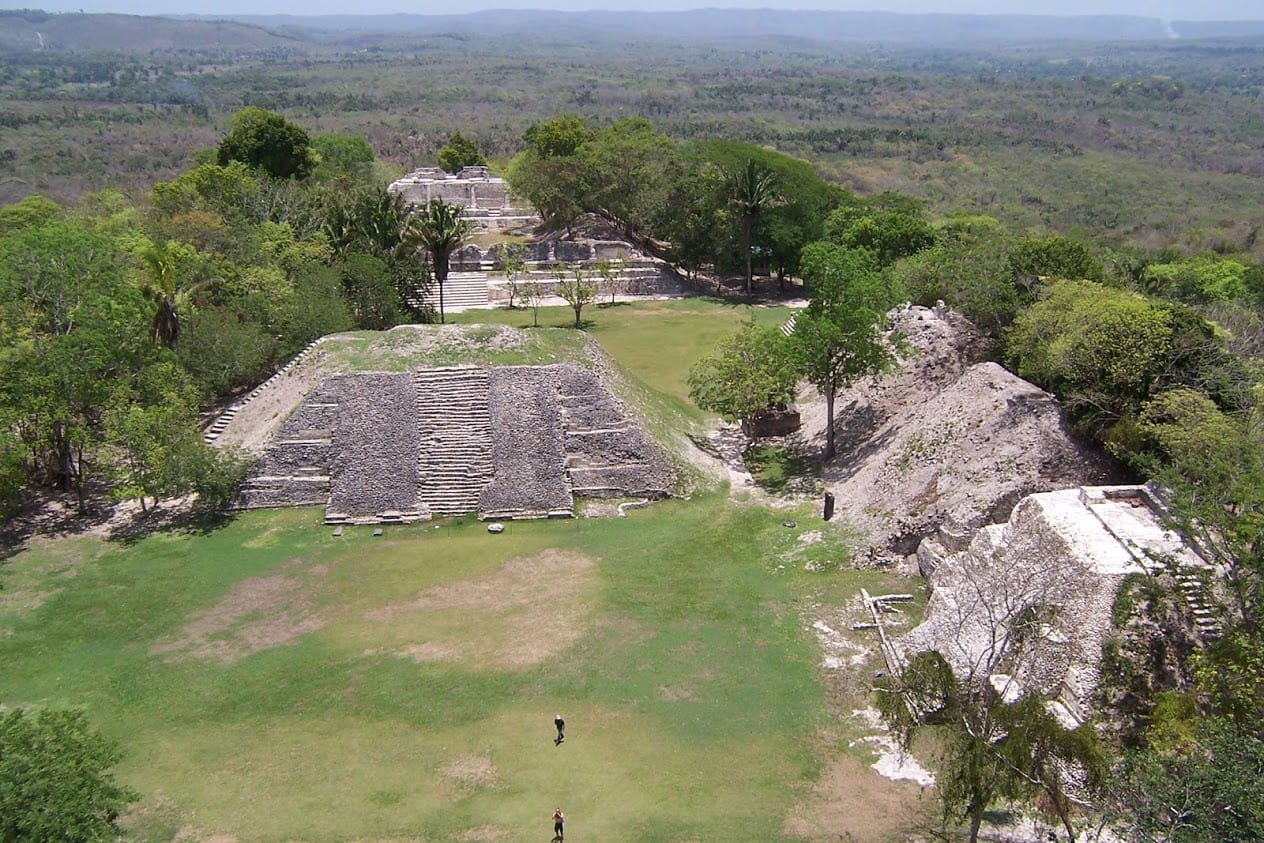 There were some nice carved friezes at the site and some stelae, but no images of Chac the rain god. Although these civilisations further out from the Yucatan region are classed as Maya sites, the religious aspect seems to be missing from them

I managed to take a short video of  an iguana walking near the river which looks pretty cool, and when I got back, I booked a tour to visit the ATM cave for the following day.

The ATM Cave, or Actun Tunichil Muknal (lets stick to ATM!) is an archaeological site which is both unique and interesting. I was looking forwards to it.

Unfortunately, the following day the tour to the ATM cave was cancelled because during the night a storm had blocked the path with fallen trees, but I’d heard good things about the tour, so I made up my mind to stay an extra day and re-schedule it.

And it was a good job I did too as the experience was totally amazing. It was about three quarters of an hour away from the town, and at the end of a dirt track, we ditched the van and hiked in for a few kilometres crossing several streams and climbing over some of the fallen trees which were still to be cleared.

We reached the cave entrance, and stopped for a food break before entering the system itself.

Entering the ATM Cave in Belize

Off with the t-shirt, on with the safety helmet and we started with a short swim into the ATM cave. My boots were feeling pretty heavy by now, I can tell you!

After that, it was a series of wading, clambering over rocks, squeezing through gaps, climbing and swimming. It really was great fun, and Carlos the guide was very passionate about what he was doing.

The rock formations with stalactites and stalagmites were some of the best I’ve seen, and the cave was  pristine. 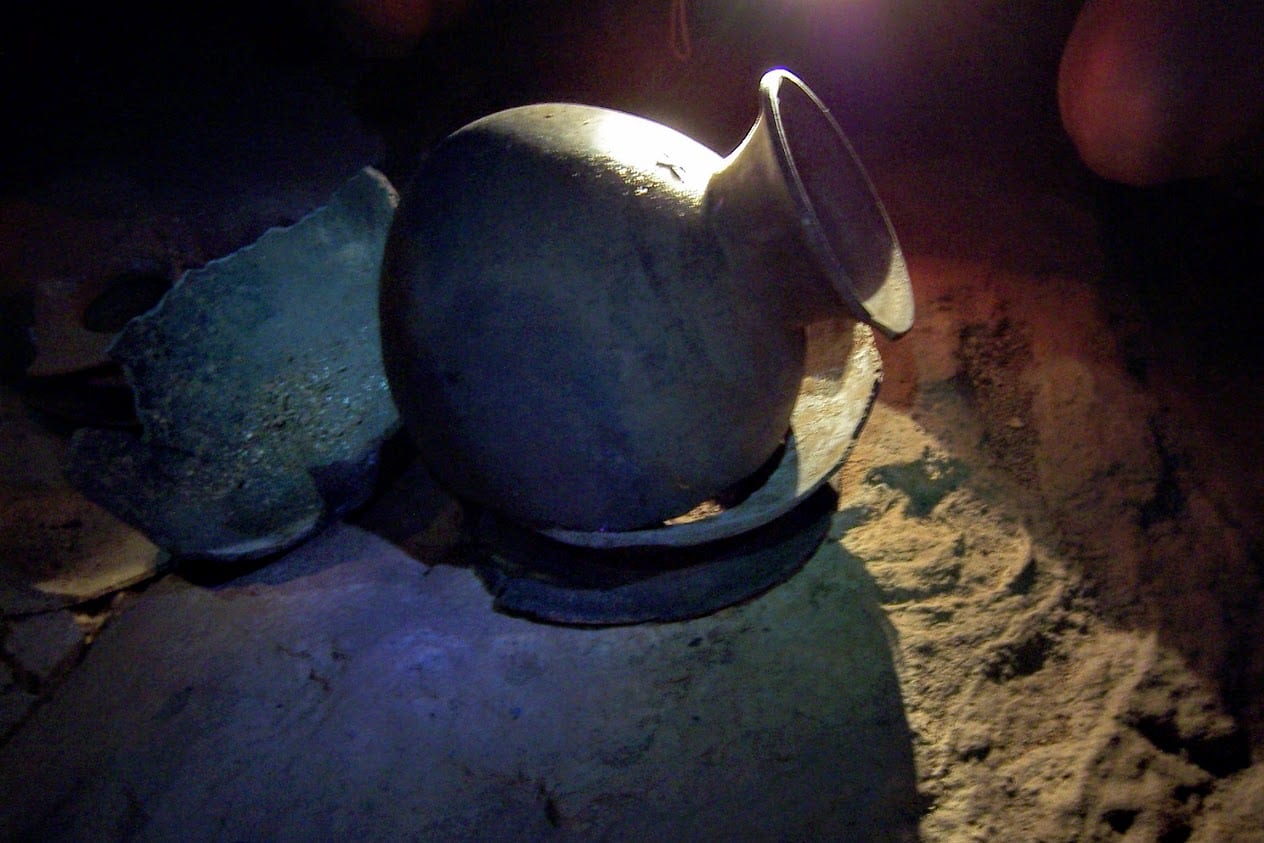 After a couple of hours, we reached the back chamber where the Mayans had left their offerings to the Gods. This place was so cool it’s unbelievable!

Right there at my feet and fingertips were pottery and skeletons calcified to the floor over time, exactly as they had been left over a thousand years ago. 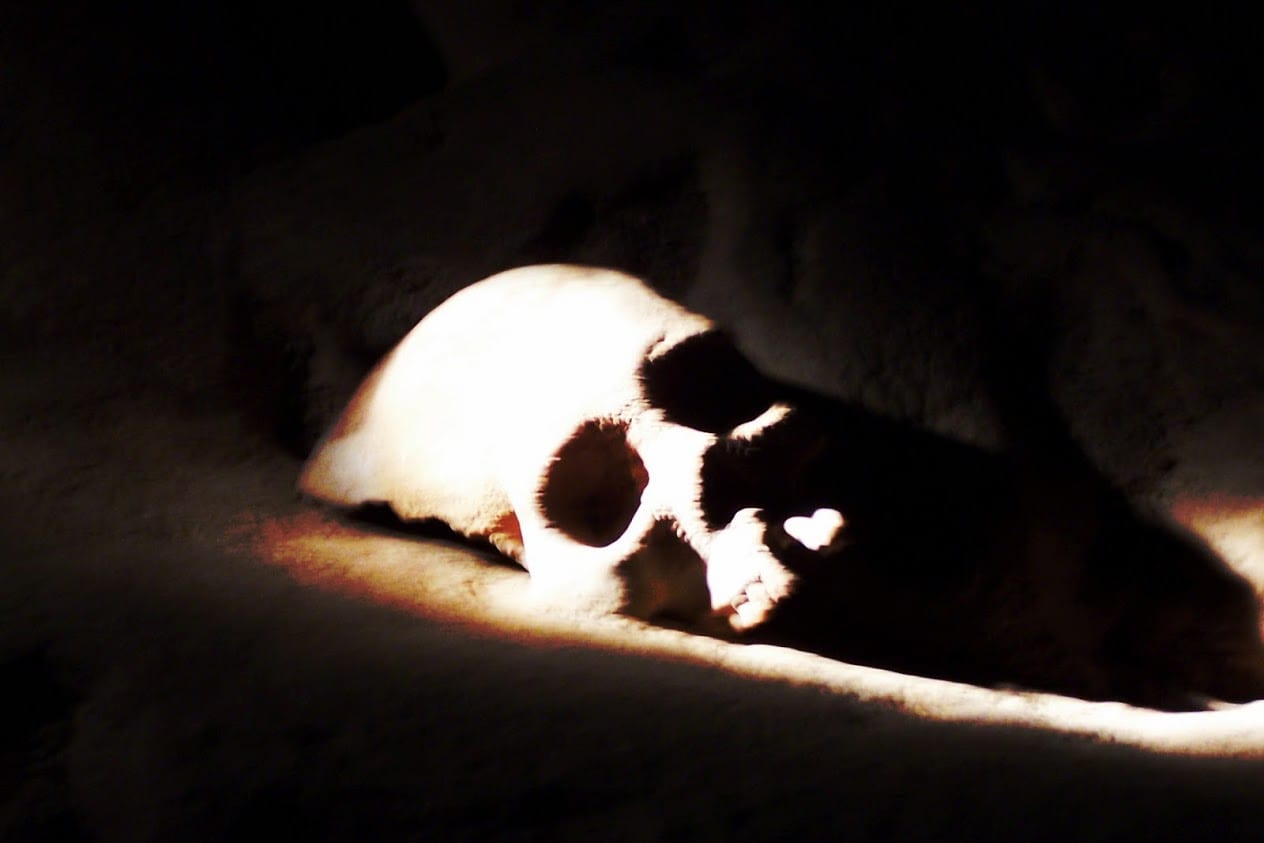 The unique aspect of the cave is that you can be that close to something so ancient, and know that it hasn't been moved in all that time. Seeing artefacts in museums is all fine and good, but seeing it in-situ like that was a real privilege. 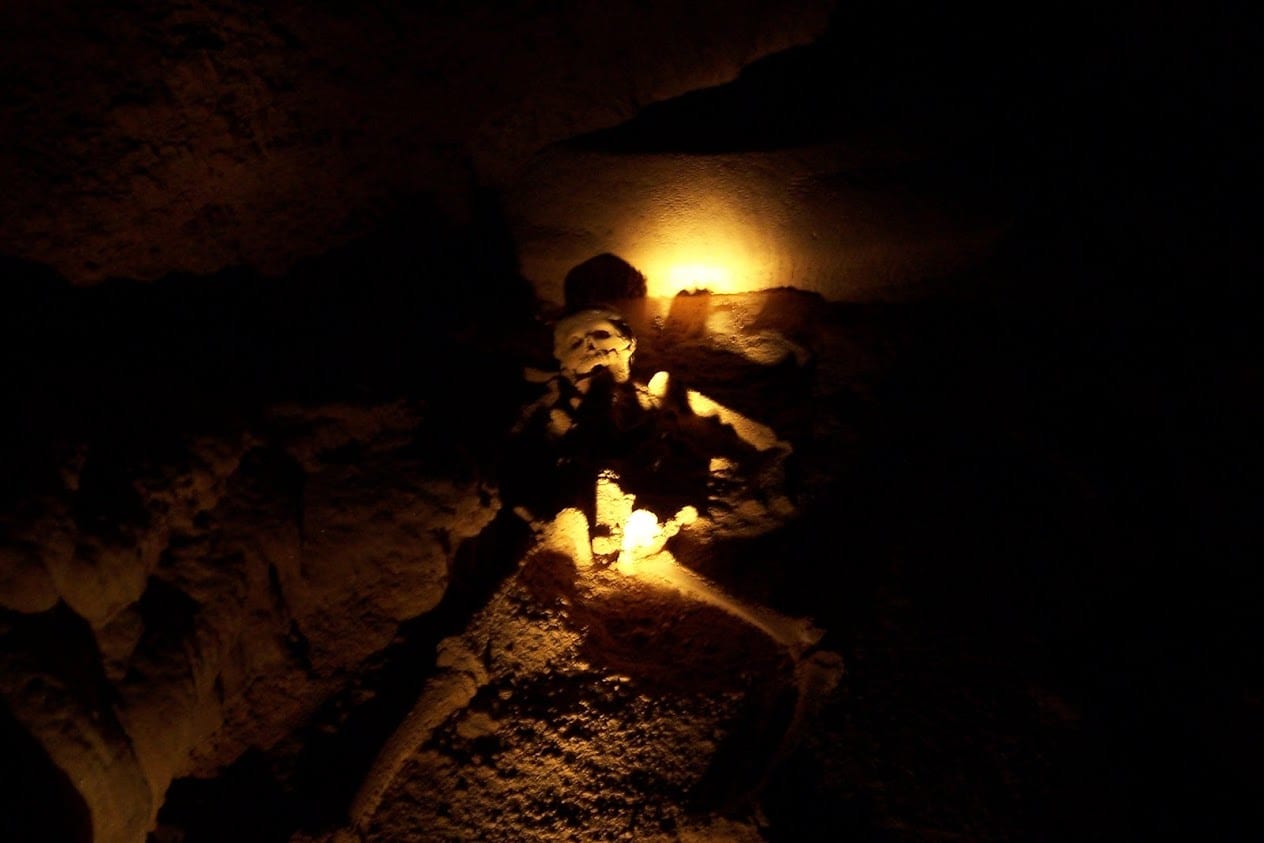 The whole excursion was mind blowing, a wonderful mixture of fun, exercise, challenge and history. Met up with a couple of people after the trip, and moved on to Tikal with Mark, an American lad of about the same age the following day

The border crossing from Belize into Guatemala had the normal chaotic scenes of backed up traffic, money changers and  people wandering around cluelessly. More in the next blog post about Guatemala! 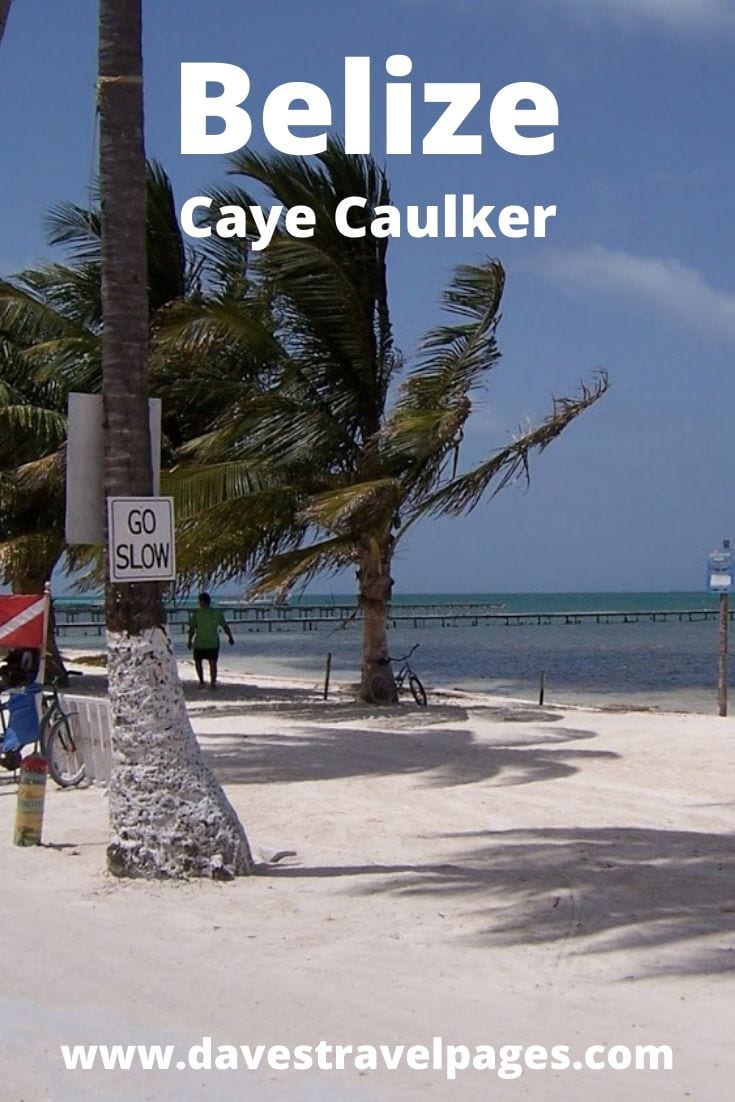 Read this next: How to live for yourself and travel more