This bike touring blog post is from the day's cycling from Llica to La Isla de Pescado in Bolivia. Part of my bicycle tour from Alaska to Argentina. 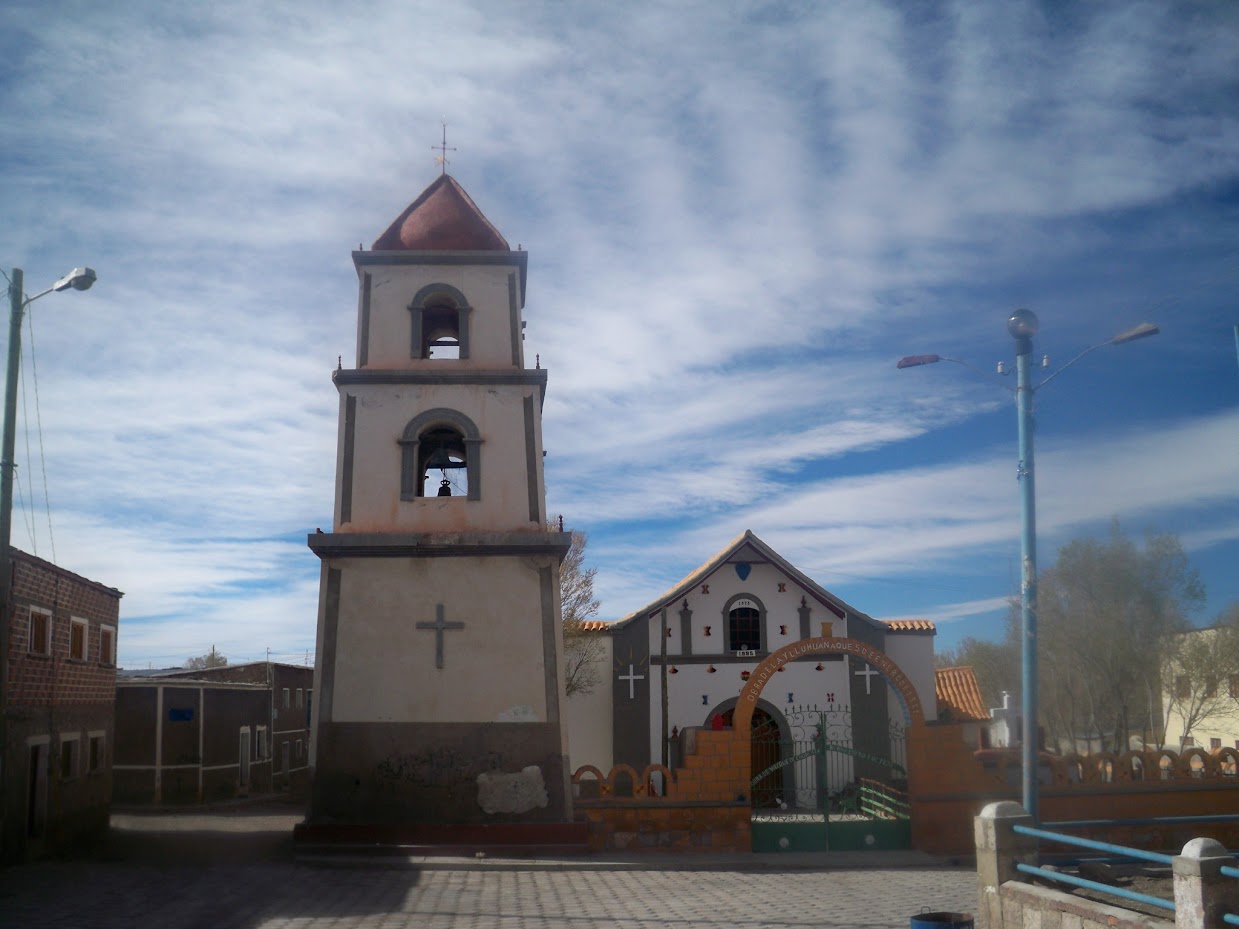 Overnight, two Belgian cyclists had turned up, Bart and Griet. They had taken a route through Chile that I had wanted to, but hadn’t been able to take in the end due to time/money constraints. They said it was stunning, which made me all the more jealous!

We arranged to cross the salt pans the next morning, and one of the landmarks we would head for would be the Isla de Pescado. 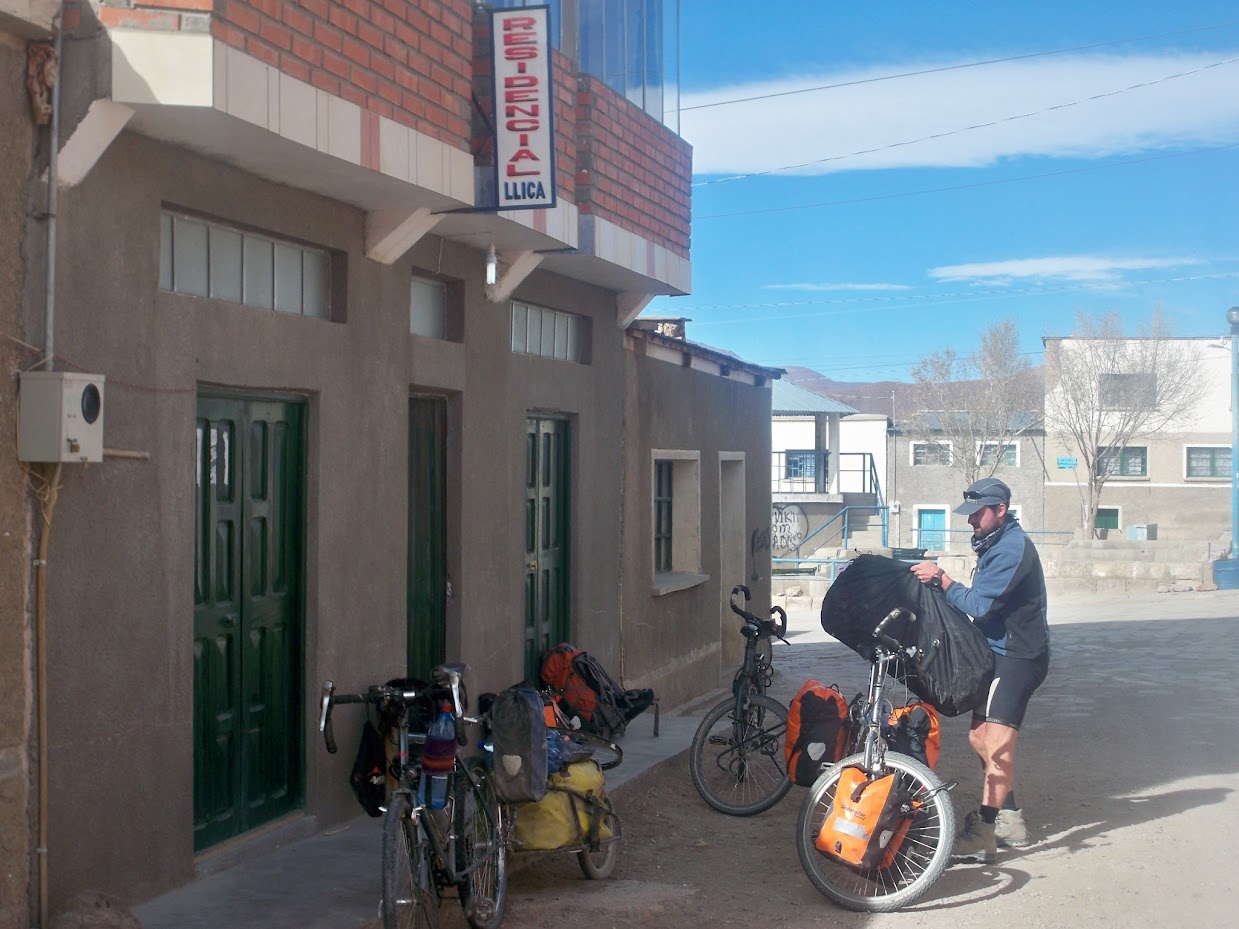 As we were all planning on cycling over the Salar de Uyuni, or the Uyuni Salt Pan, it made sense to leave together. A leisurely breakfast, and a stock up of final food stuffs, and we were on our way. 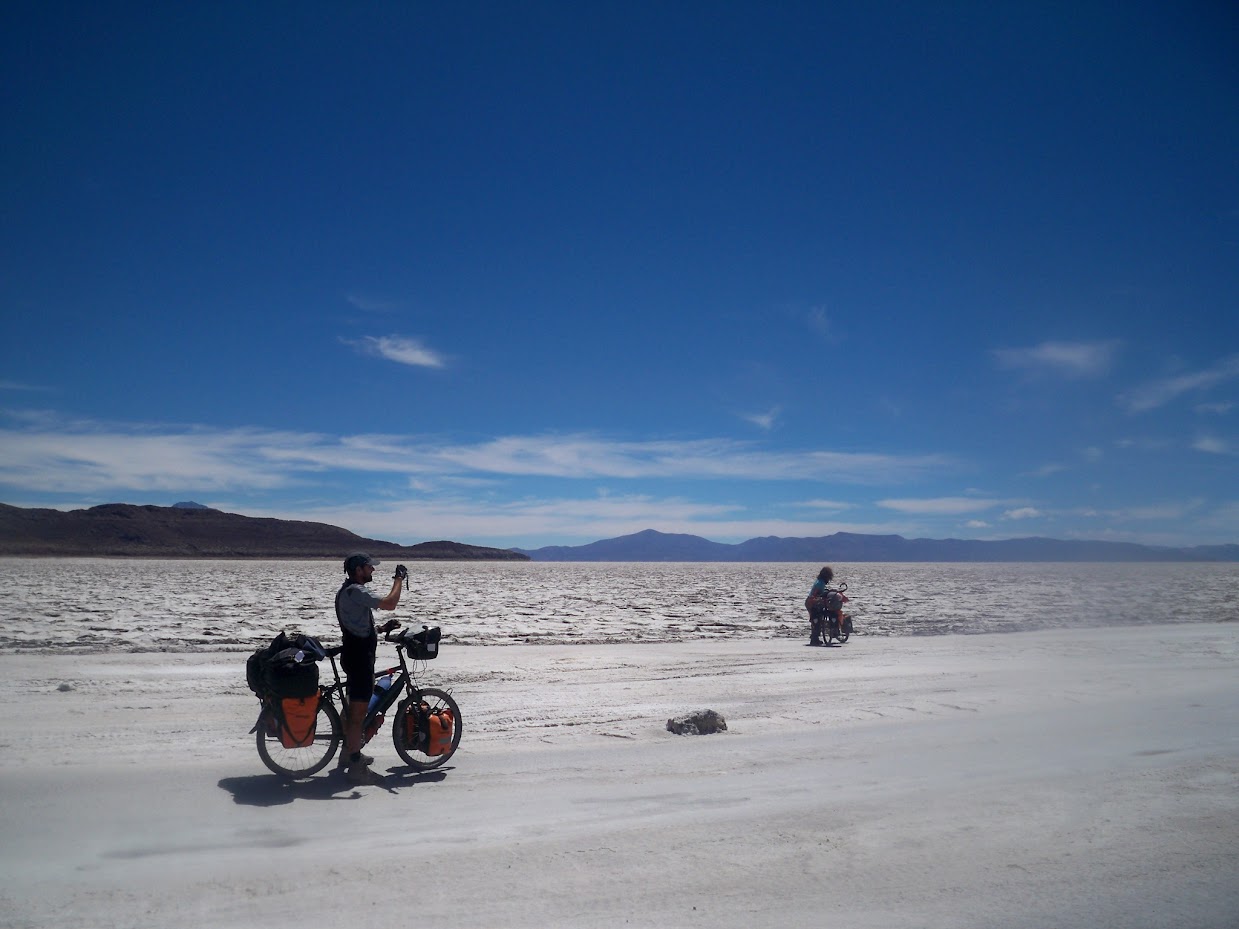 Leaving Llica and getting to the salt pan was very easy, much easier than the Coipasa salt pan, and the smooth road through the salt was simple to find this time!!

Again, the wonder of the salt pan was a stand out highlight, as we cycled steadily south east, with a volcano to our left as we headed towards one of the many islands in at the centre of the salt. 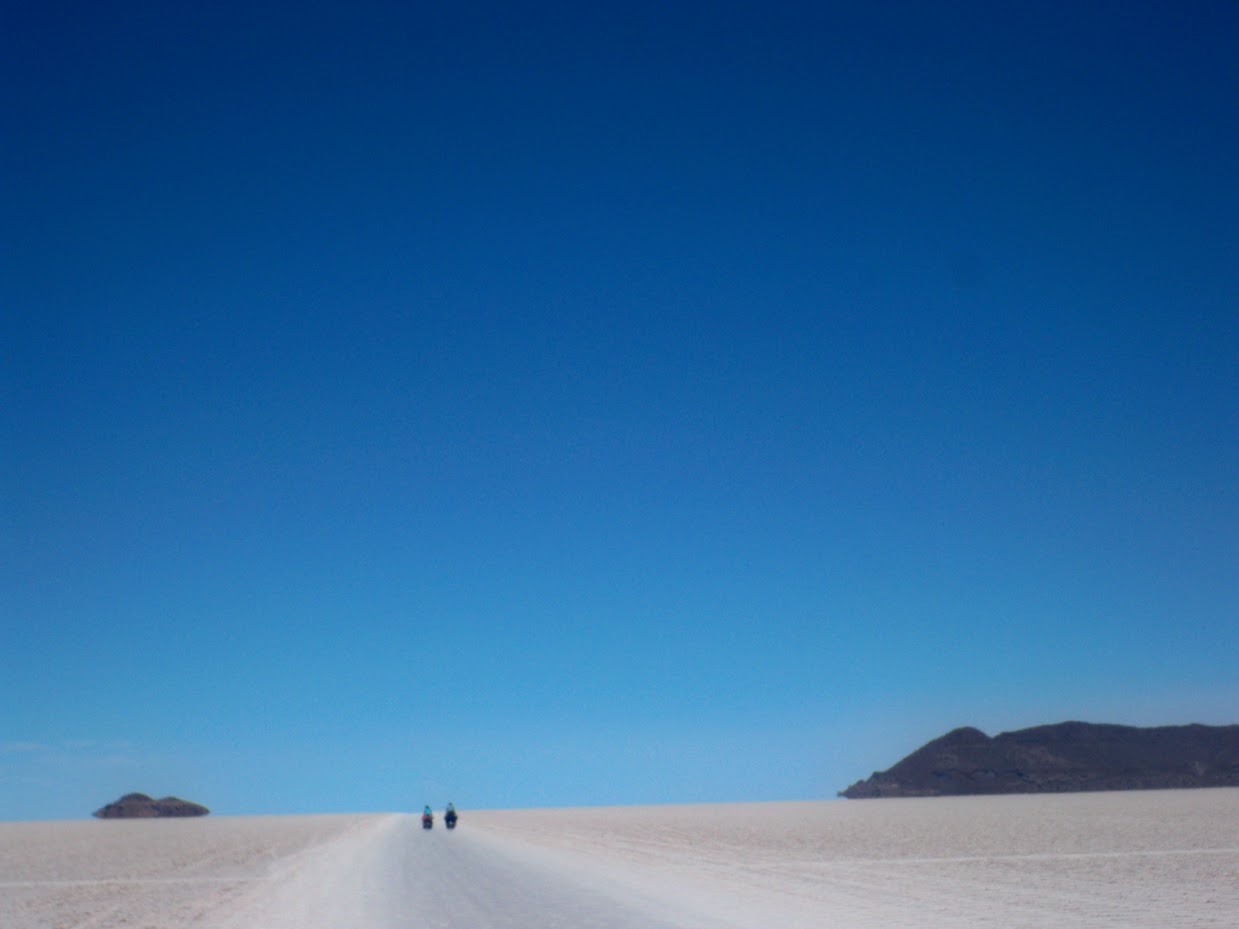 Its so hard to gauge perspective and distance out on the salt pan. The two little dots are Bart and Griet some 2 minutes ahead, whilst the mountains are still 20 km away.

The cycling way easy, and so plenty of time to chat along the way as we pedalled with the wind at our backs. 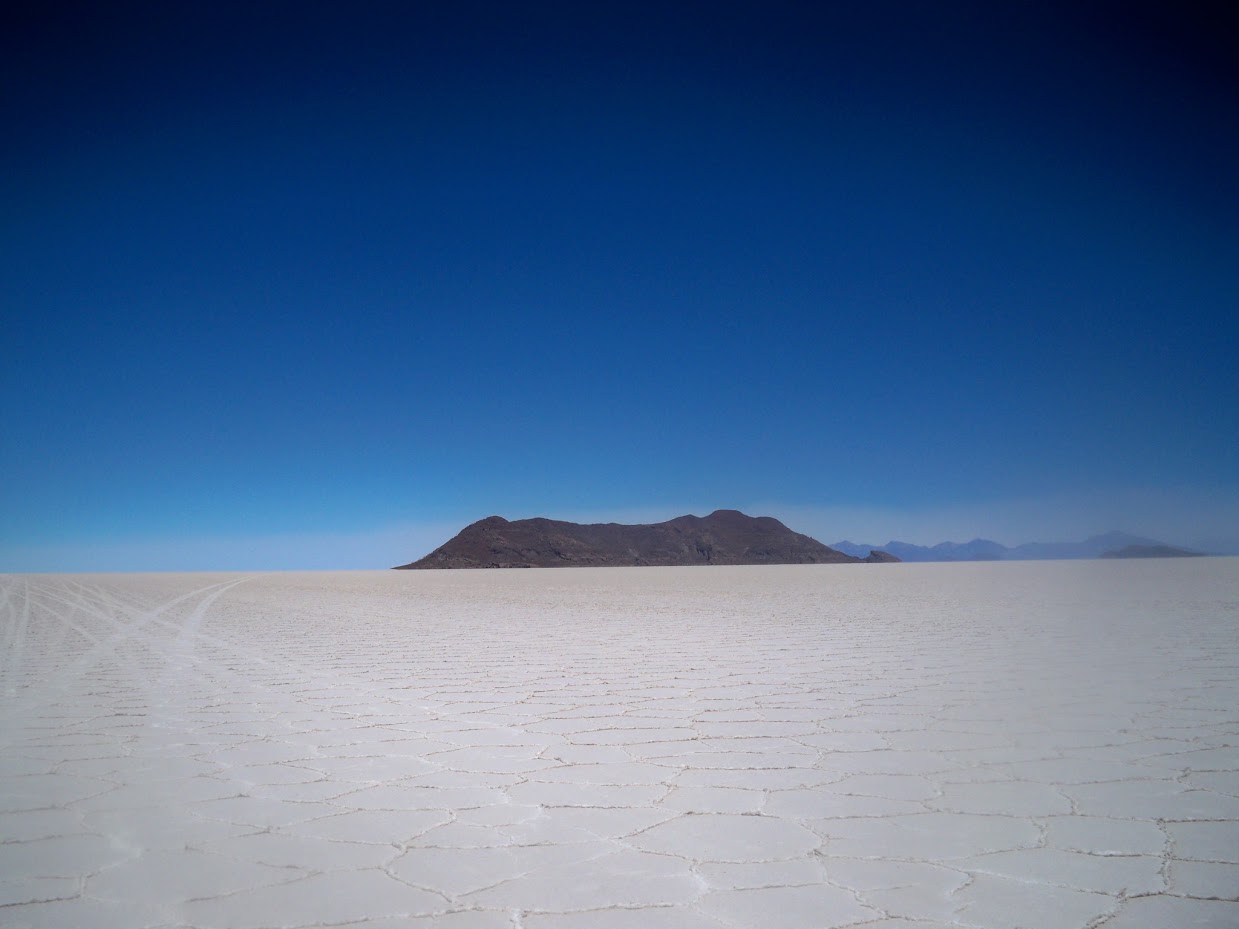 As we approached the centre, there was more than one island, but the Isla de Pescado was the largest of them. 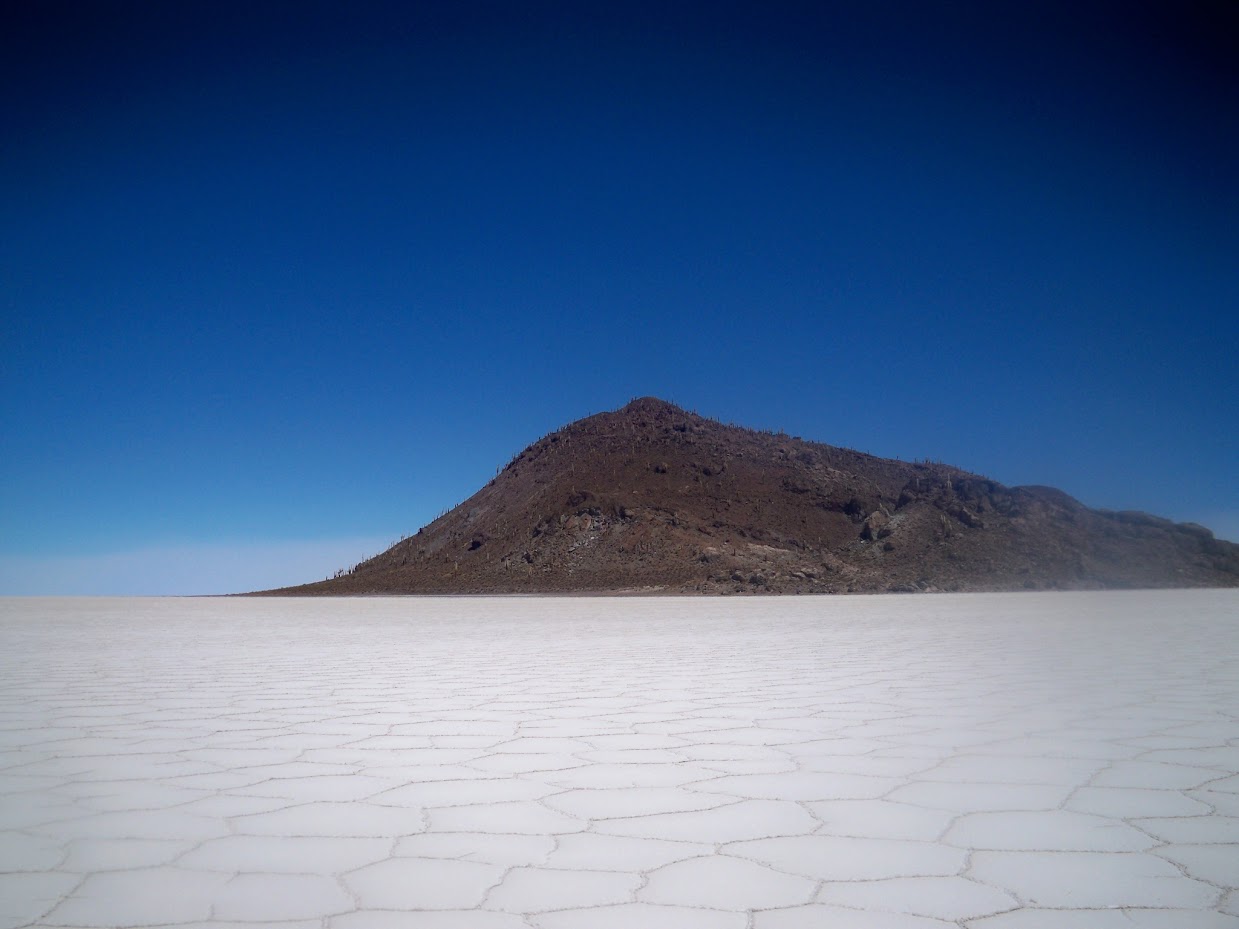 The Isla de Pescado is a strange place, with sharp coral rocks, and strange cactus (cacti ??) growing wherever they can. 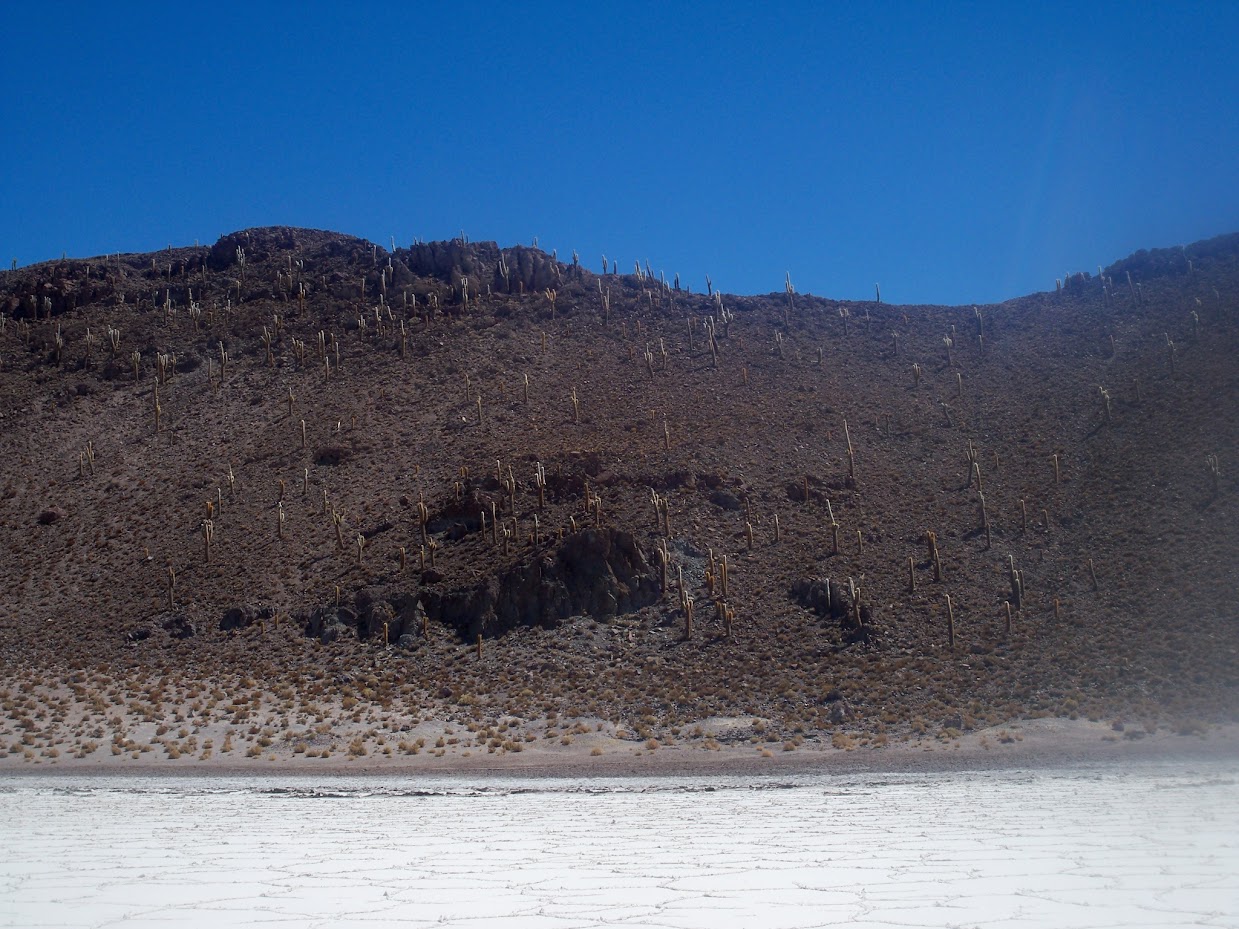 I decided to stay the night here, but Bart and Griet wanted to go to  the next island, Incahuasi, which has a store and possibly eating options. I said goodbye, with the intention of meeting them for breakfast the next day.

Find of the day – 2 battered but full cans of beer. A random thing to find in the middle of nowhere! That did the trick…. Cheers!!