Cycling across the salt pans of Bolivia was a real highlight of my Alaska to Argentina bike tour. In this blog post – Cycling from the Isla del Pescado to Colchani in Bolivia. 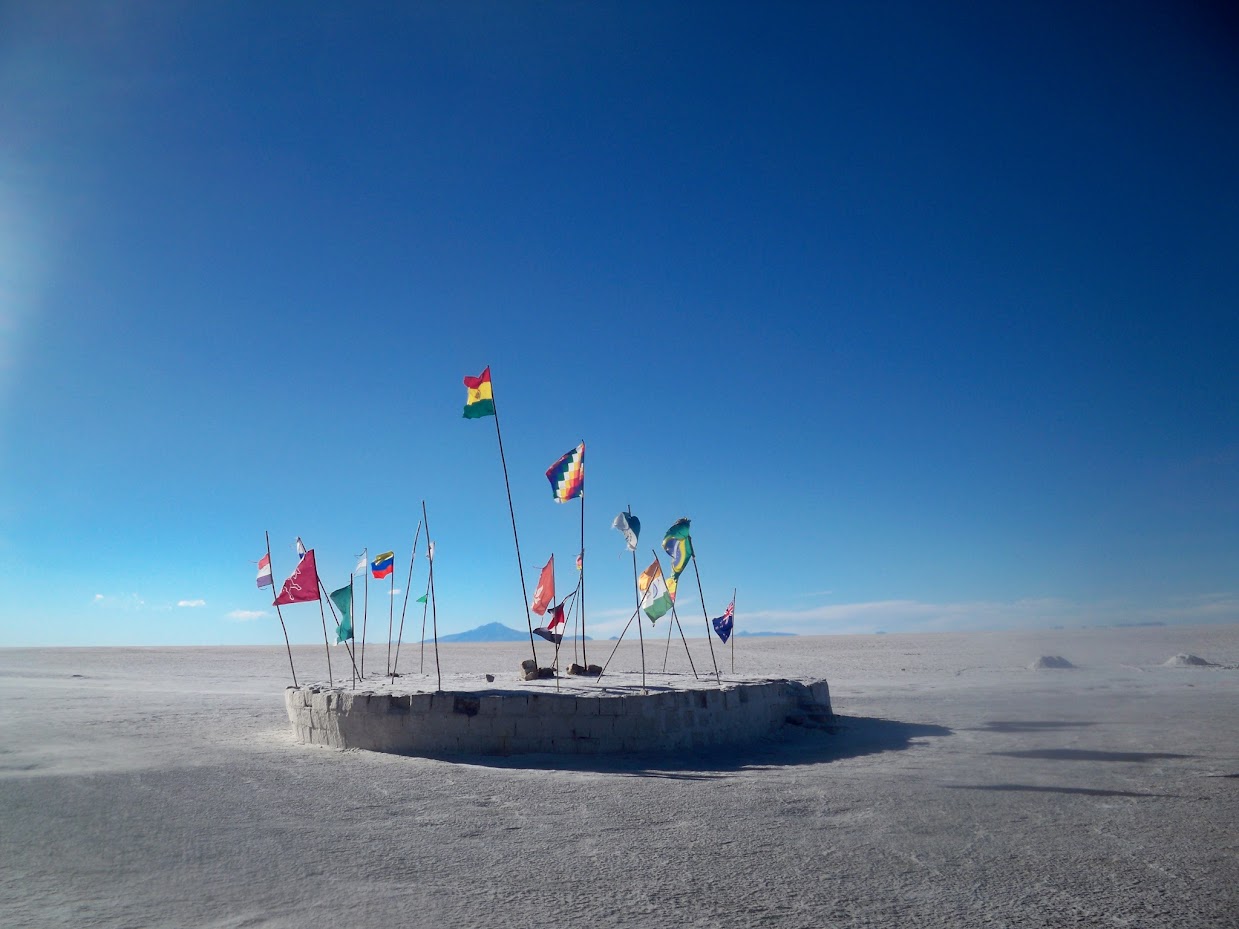 The previous day, I had cycled across the salt pan to reach the Isla del Pescado in Bolivia. Here, I wild camped for the night.

It was quite windy up until about 19.00 in the night. So strong in fact, that it was bending the tent in half. A bit concerning, as I don’t really want to buy tent number 4 for the trip!

Still, I got a decent night's sleep in, and was all set to go in the morning.

Cycling to Incahuasi in Bolivia

After breakfast, I packed away my gear, and cycled the 20 km distance from Isla Pescado to the next island, Incahuasi. 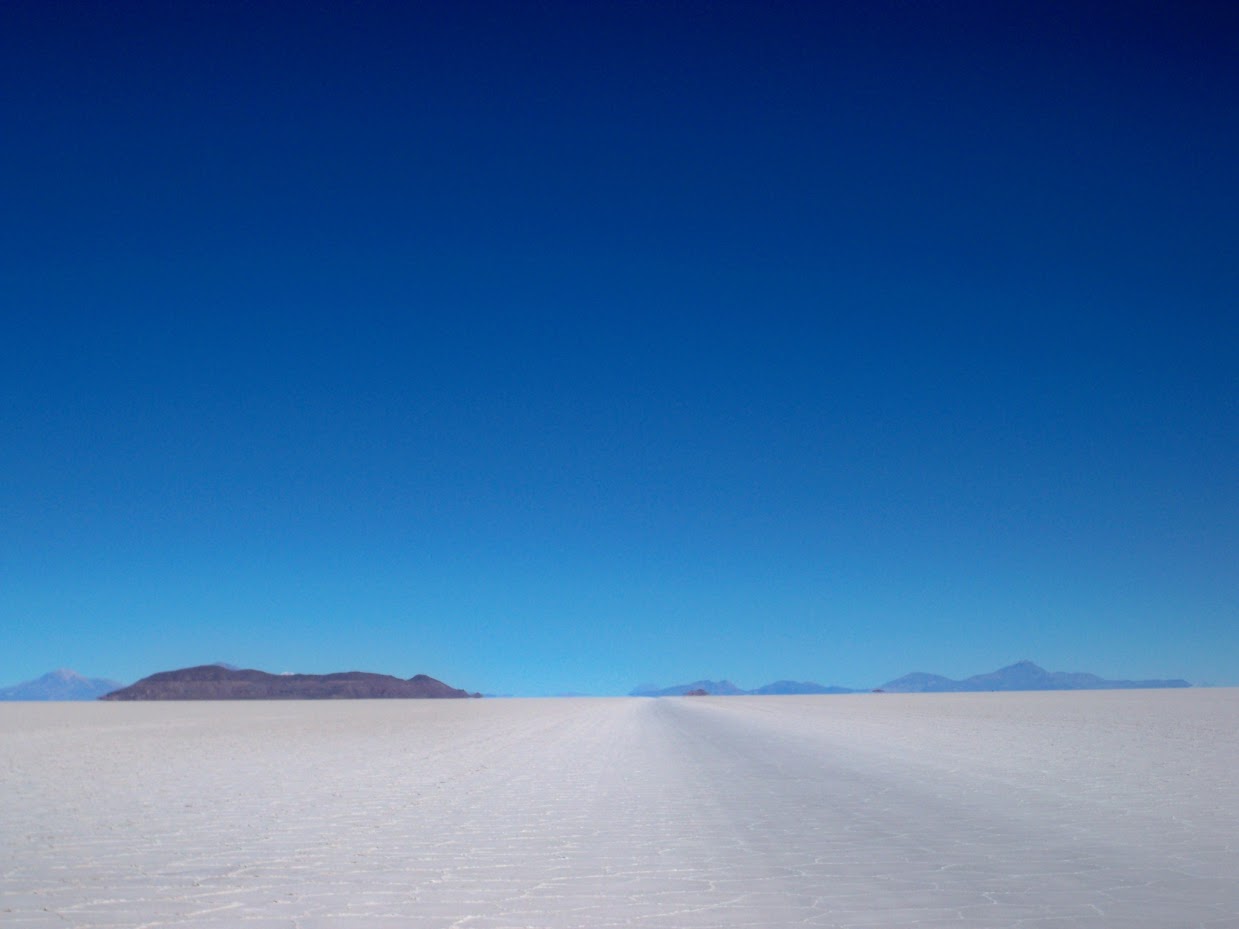 I cycled a direct route, and it only took an hour or so to reach the island. 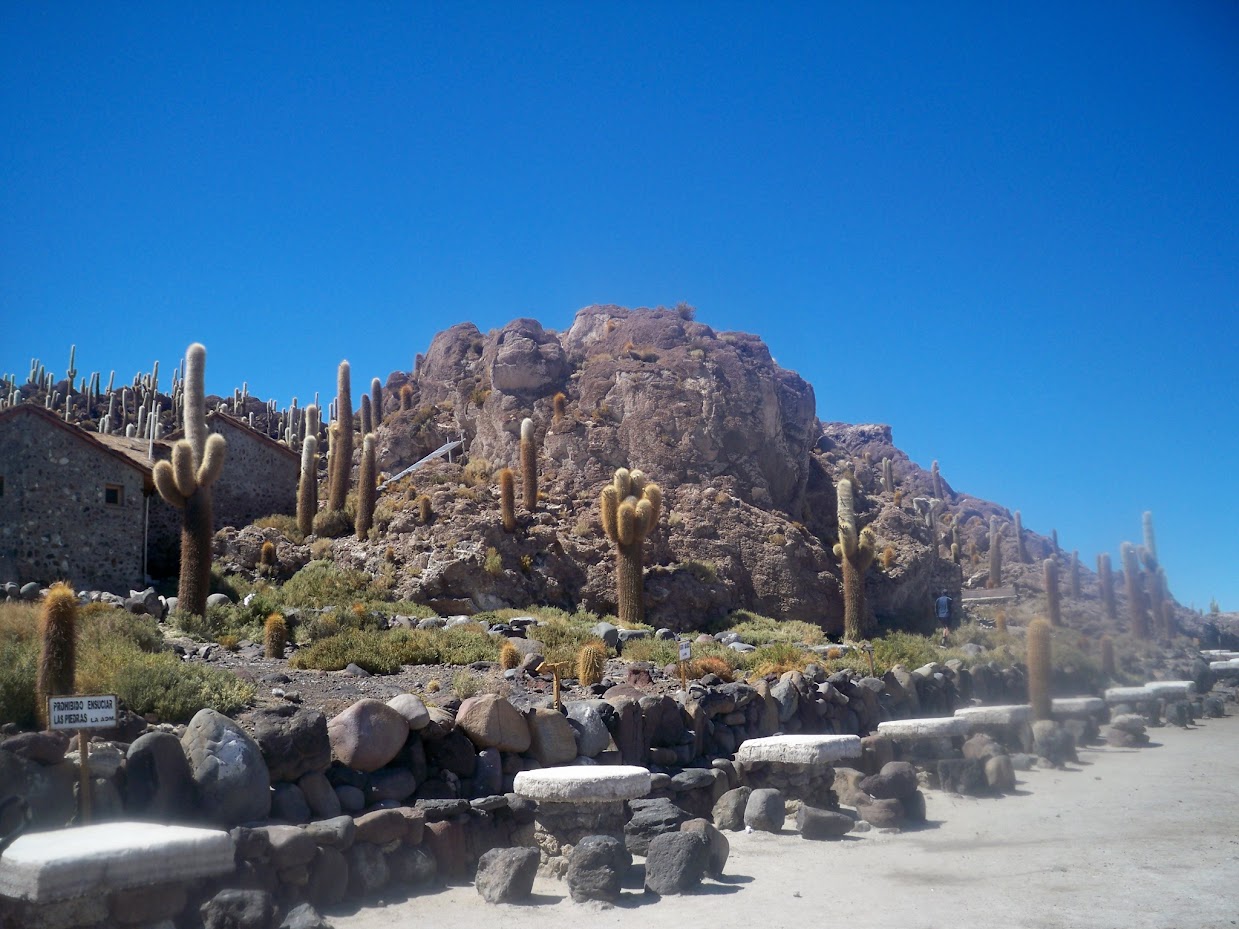 There were quite a collection of 4WD vehicles at the front of the island, and although it acts as a hub for the seemingly dozens of overland trips, the island itself was quite attractive, and what buildings there were, blended in reasonably well.

Bart and Griet had stayed on the island, at the other side, and had to pay 15 Bs each for the privilege. The scrooge in me was happy that I had stayed at my cactus island!

(A note for other cyclists – There is water available on the island.)

Accidents in the Salt Pans of Bolivia

When we left the island, Bart and Griet were looking for a roadside memorial where a family friend had died in an accident in 2008. It took a bit of finding, but eventually we spotted it. 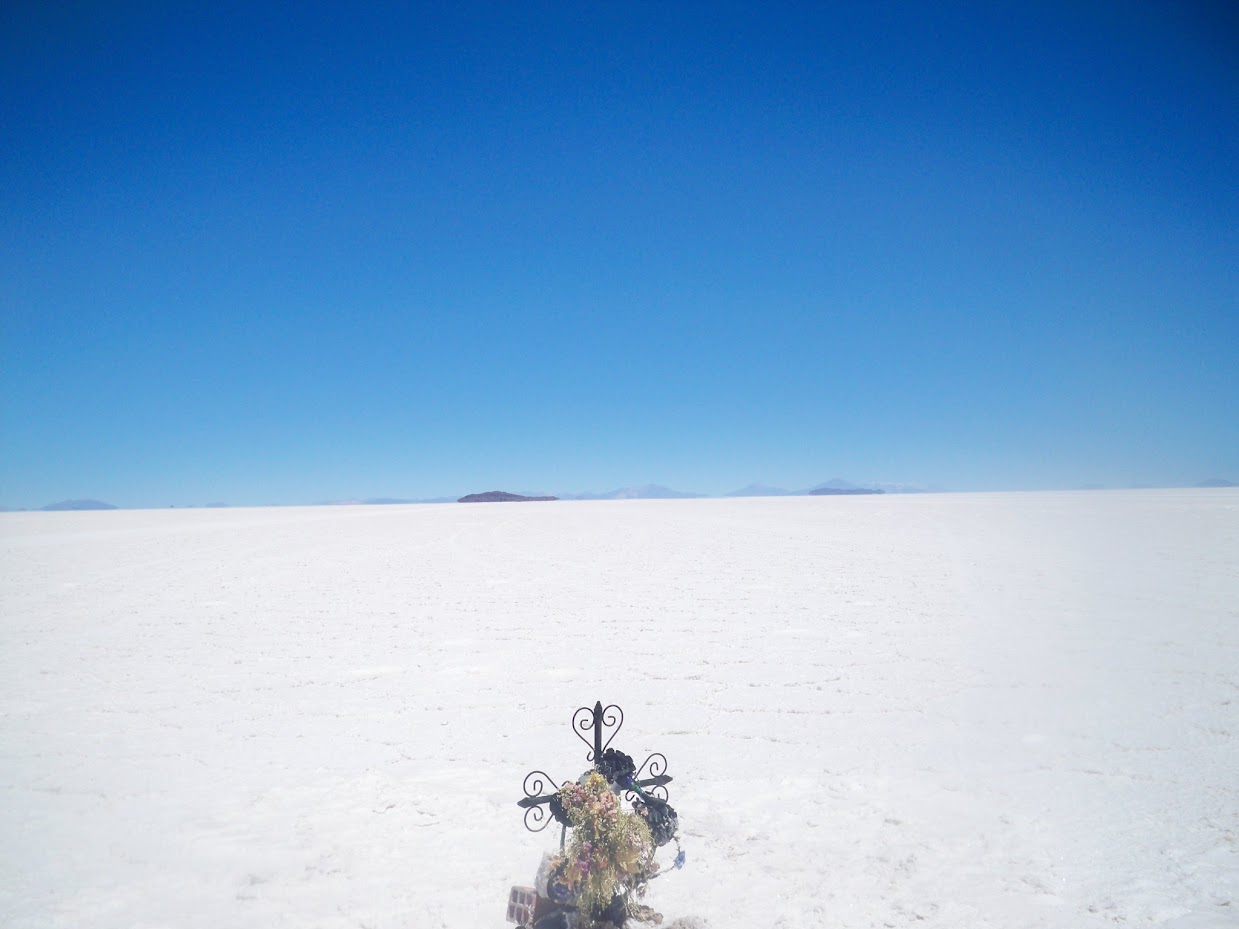 With such barren emptiness out here, and a relatively flat if not smooth surface, its hard to imagine how the accident may have happened. Some of the 4WD do drive stupidly fast, and the only thing I can think of, is that they had a blow out and rolled.

When saying that I was cycling across the salt pans, many people's response was to say “its dangerous, people die out there”. What they failed to add, was that the people that were dying were all in the many 4WD tours.

Later that day, we came across a memorial where two 4WD had collided. With such a vast, empty, white space, its hard to imagine how. 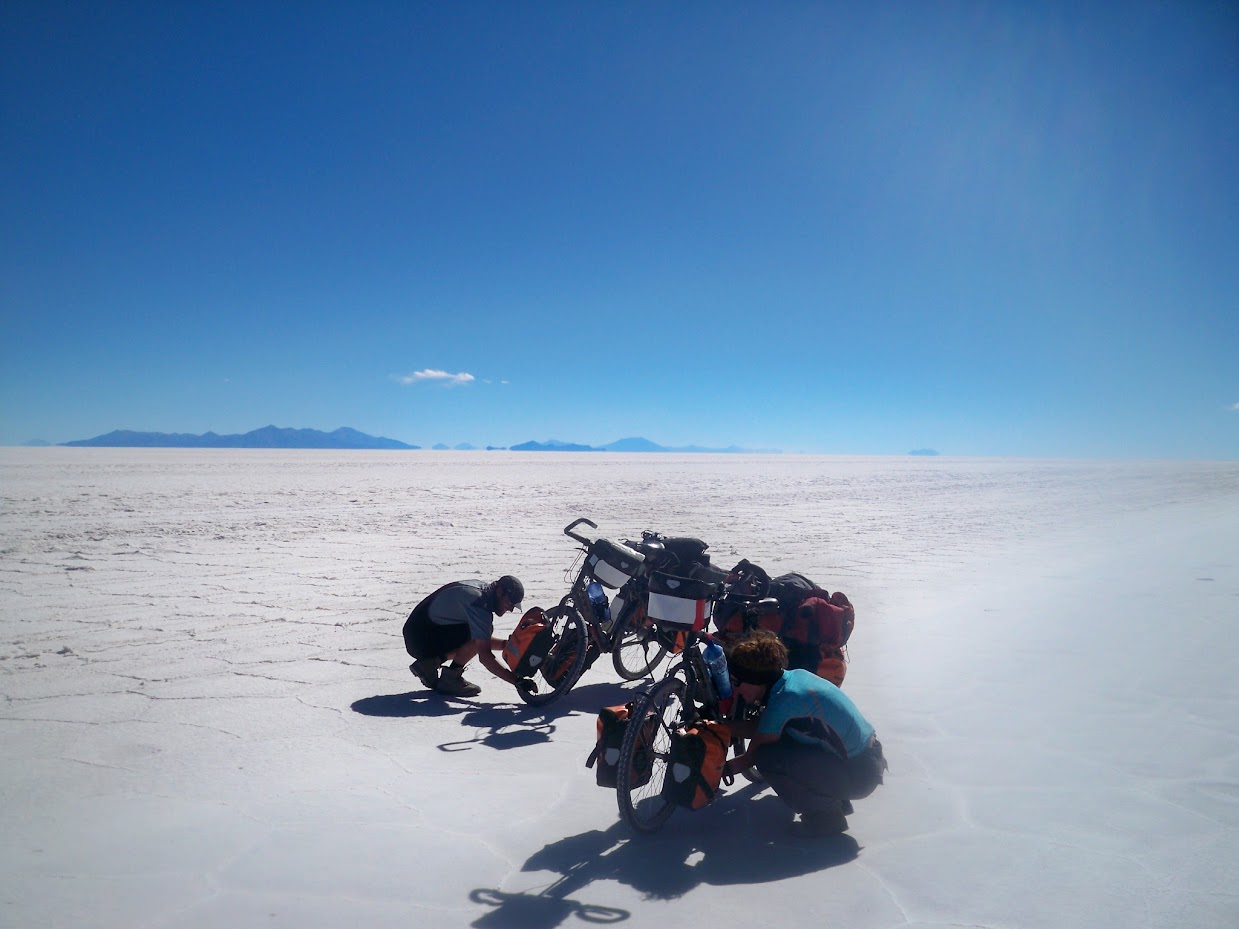 Cycling across the salt in Bolivia

Leaving the memorial behind, we continued our cycle SE and then E, following one of the main track ways. We stopped e 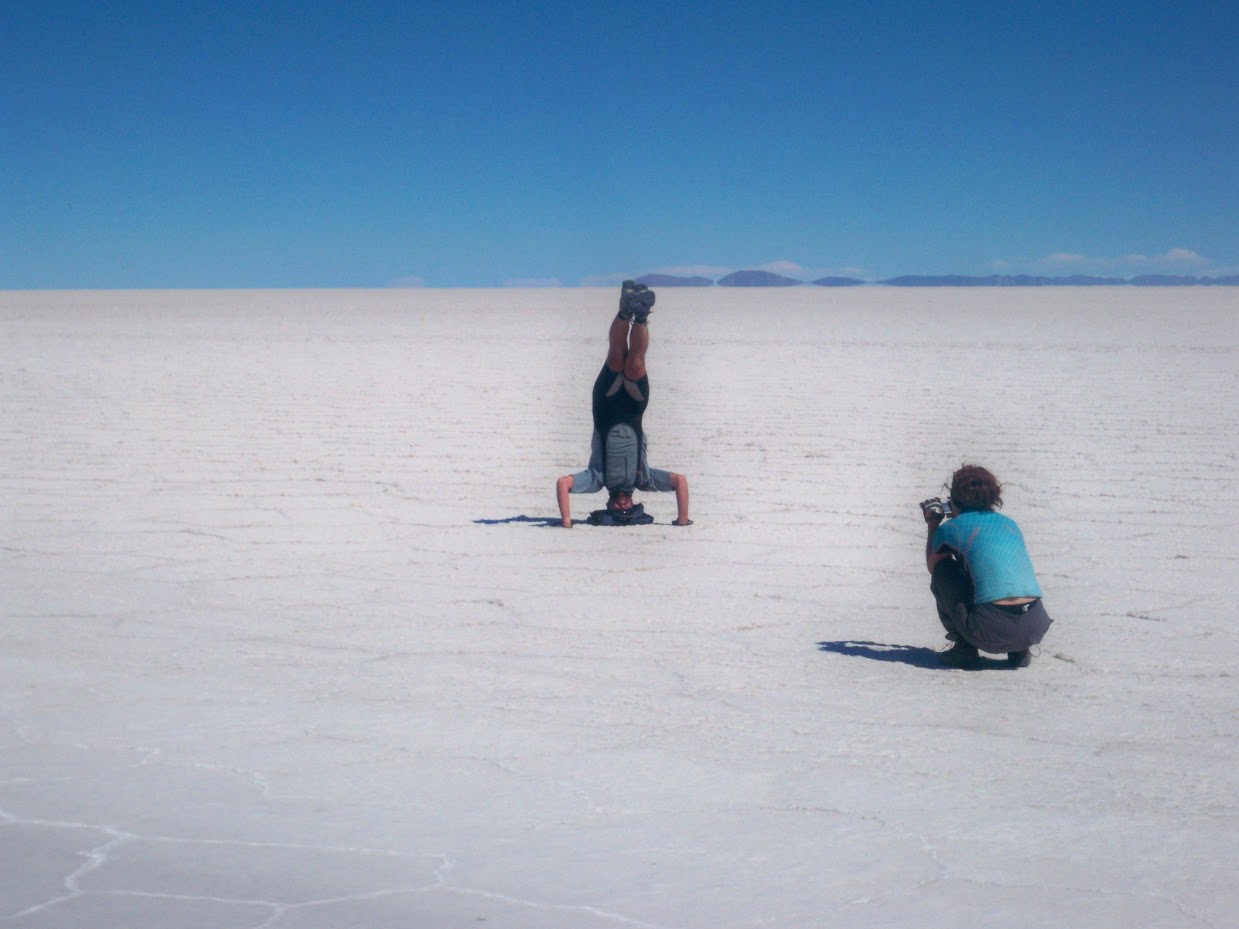 very now and then for some photos.

The salt does strange things to people! 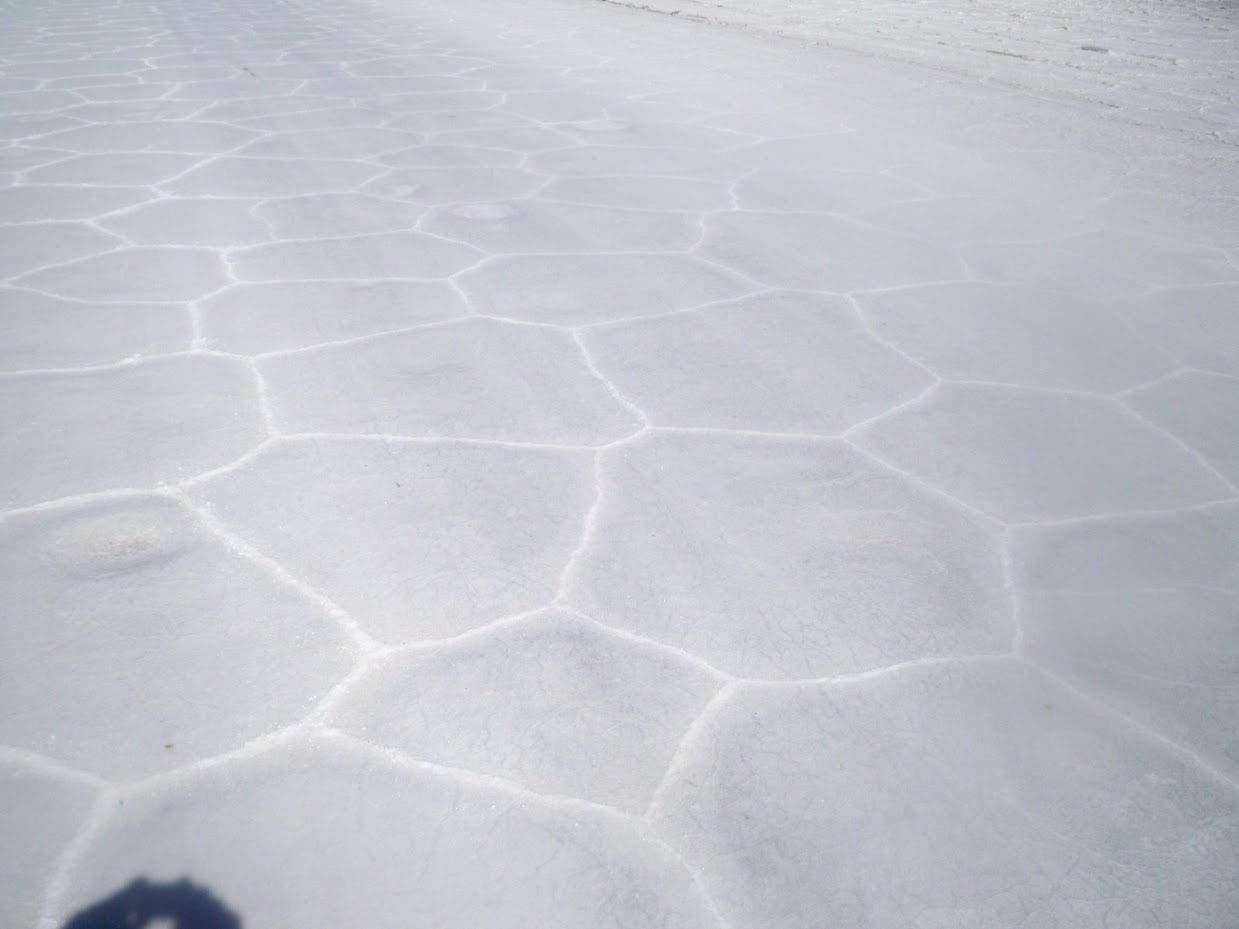 How the salt forms patterns like this is amazing.

We drew nearer to the mainland, but the evening was drawing in. The salt was to hard to set a tent up on, and so we headed to the shore.

We reached the village of Colchani around 18.30, and asked around for somewhere to stay. We ended up in some rooms attached to the museum, and for 25 Bs each a night, we stayed in a hotel made from salt. 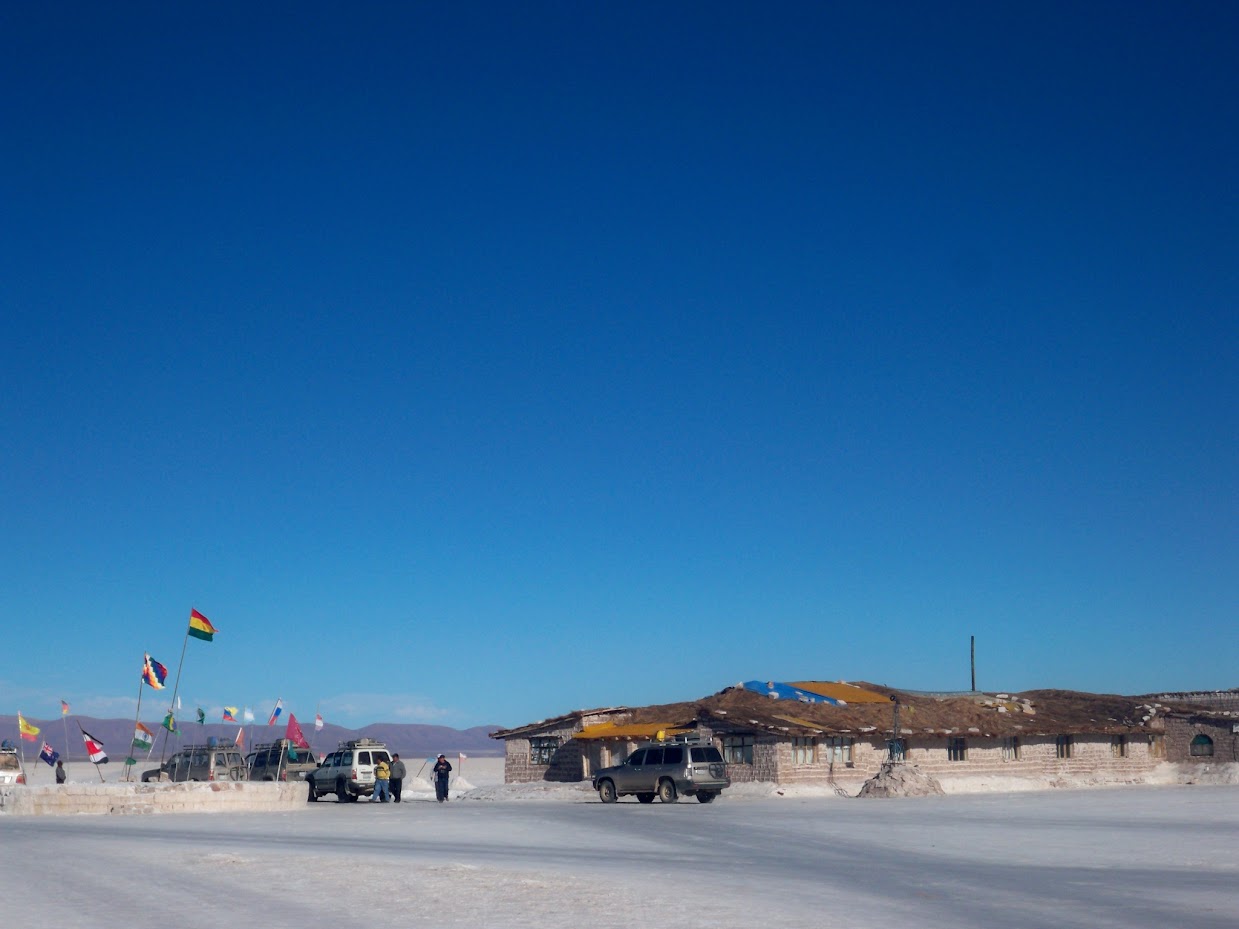 The two official salt hotels charge anywhere between 20-40 dollars for the same thing! Dinner of pasta and tuna, and a celebration drink of a brandy like spirit. Cycling across the Salar de Uyuni – Another ambition achieved! 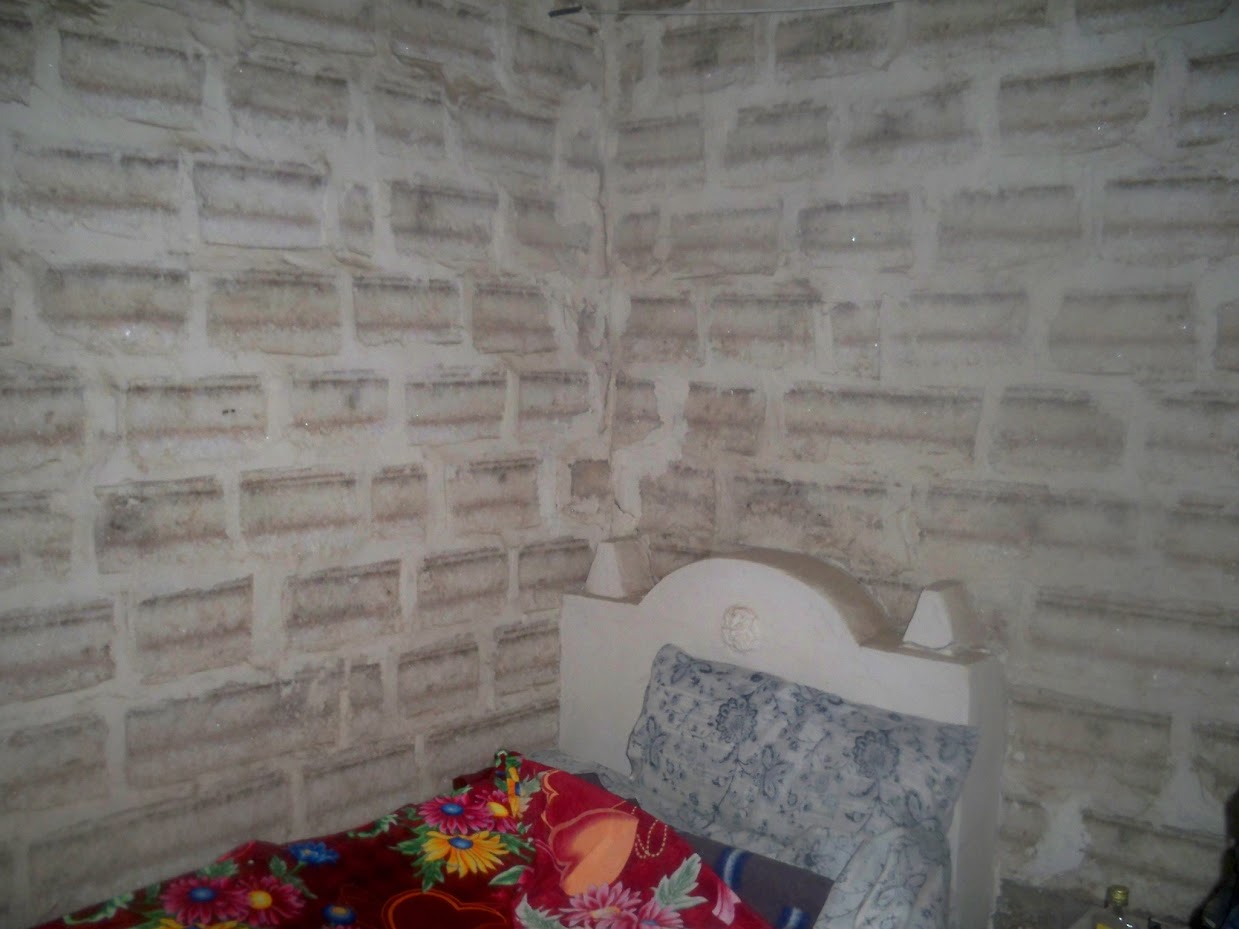 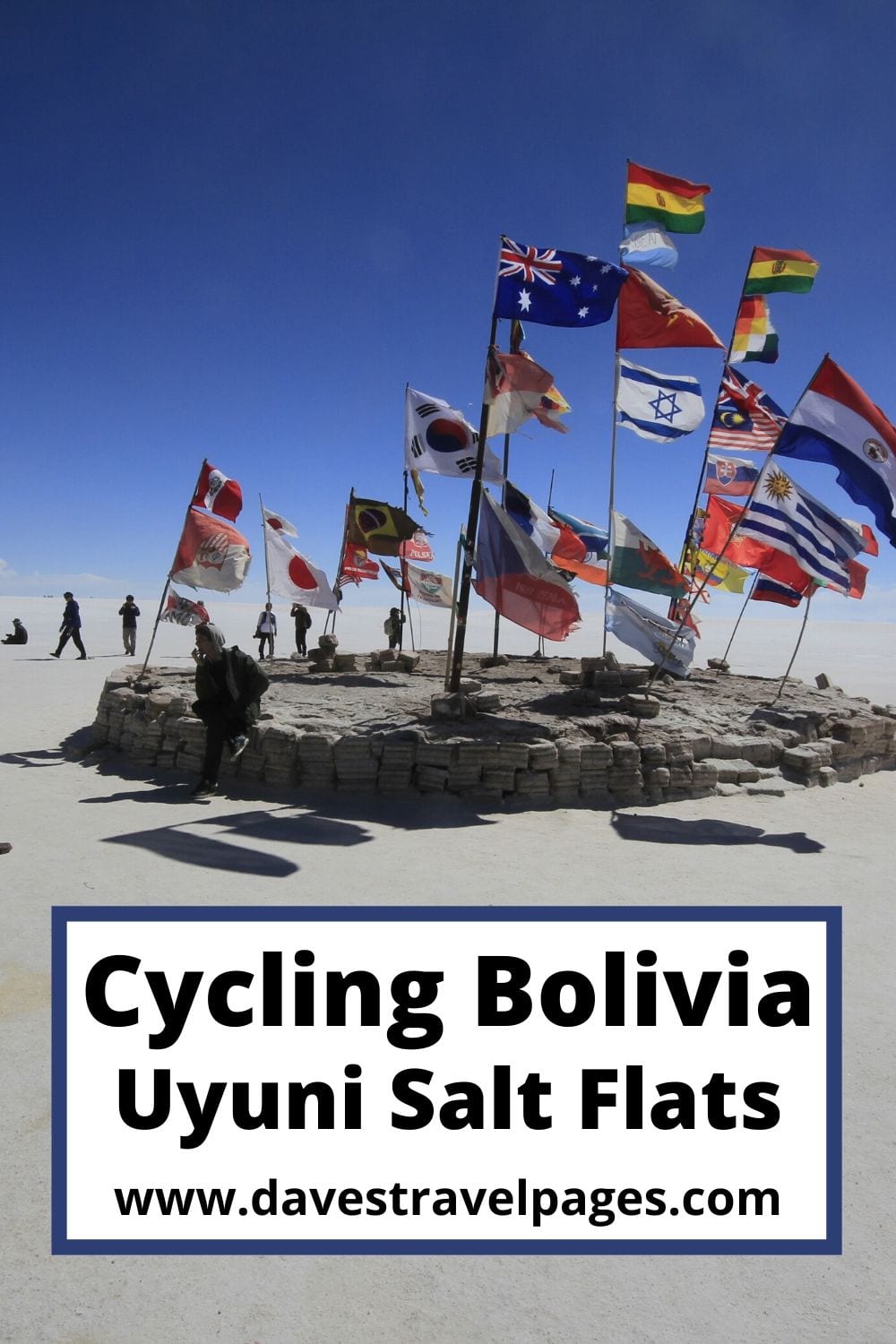