On this day of my bike tour in Argentina, I cycled from Cafayate to Santa Maria. Here's my bike touring blog post from the day. 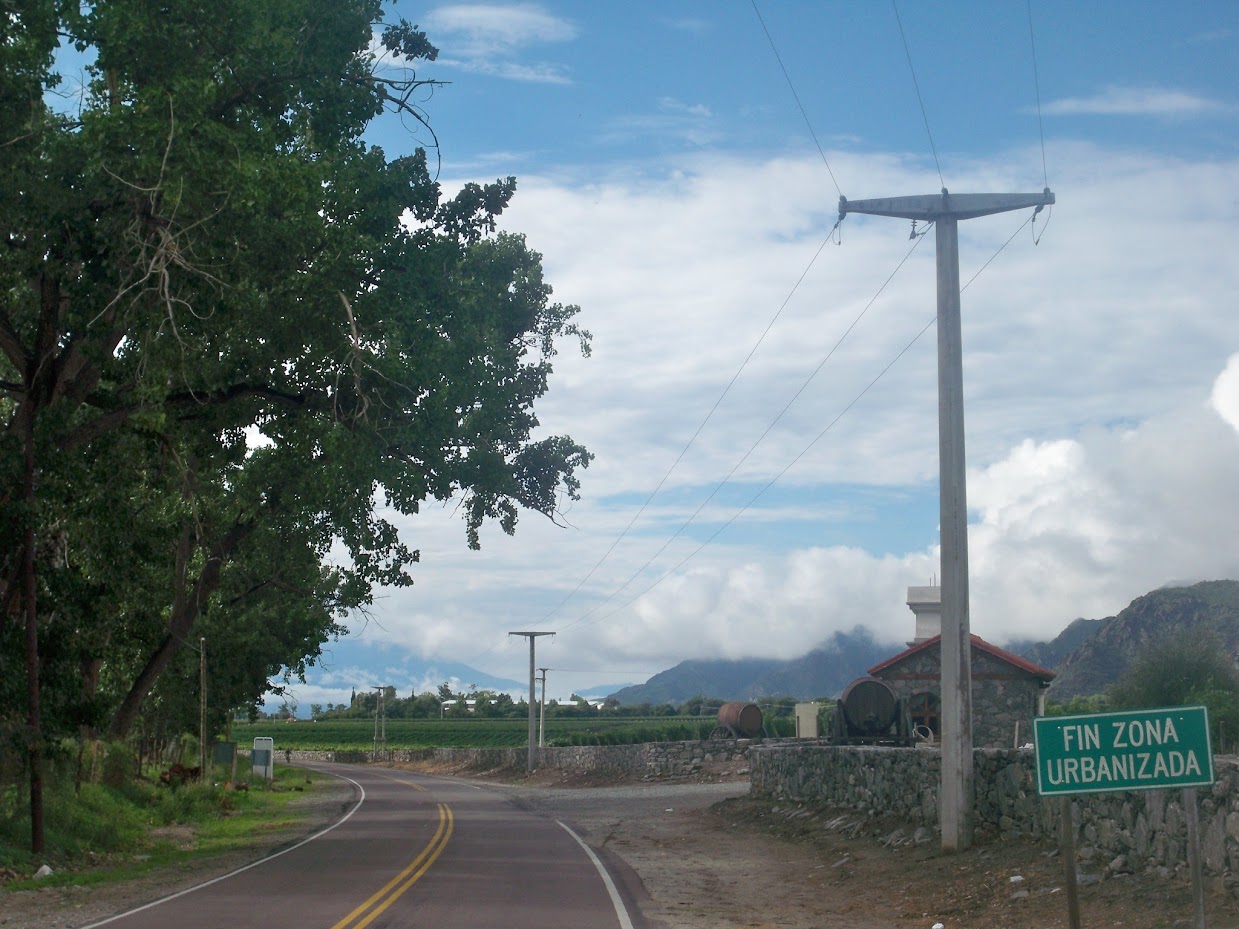 Cycling near vineyards in Argentina

Leaving Cafayate on Monday had the benefit that there was not so much traffic on the road, and that the weather was more settled.

It had rained on and off the previous couple of days, quite heavily at times. Miraculously though, the tent had managed to stay dry throughout. 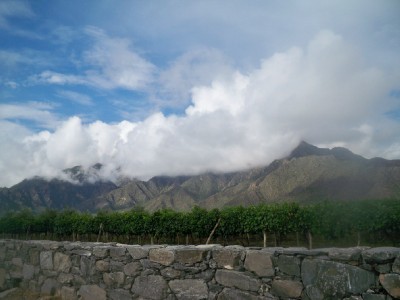 Today’s cycling saw me leave the vineyards of the area surrounding Cafayate behind, and once again, following a road through a valley.

The over all theme was uphill, nothing too serious though, however my fitness level is a bit lacking right now. A 20 km section of rough road at the end, and I reached Santa Maria some 80 kms later.

This town has a municipal campground, which was once more very packed out with holidaying Argentinians. The showers and toilets were a bit of a joke!