During this day of my bike tour across Argentina, I cycled from La Vina to Cafayate. Part of my 18 month Alaska to Argentina bicycle tour.

Blog post written January 21 20100
Quite a nice night’s sleep behind the petrol station in La Vina. I had a coffee there, and ate some facturas that had been sitting in my bag.

(A factura is quite a comon feature for breakfast in this part of Argentina. It’s basically a very sweet cake/croissant thing. Very nice too! I had 120 km of cycling to Cafayate to do, so I knew it might be a tough one.

Things started off ok though, and I made good time for the start. The road was gently rolling, and I stopped every hour and a half or so for food and to read my book. (Enders game – a science fiction classic!)

Cycling the road to Cafayate

Things did get a little more difficult though, as the road started to head uphill a lot more. That said, the scenery picked up as well, and I was soon cycling through a landscape with amazing rock formations on either side, as I headed uphill through a valley. 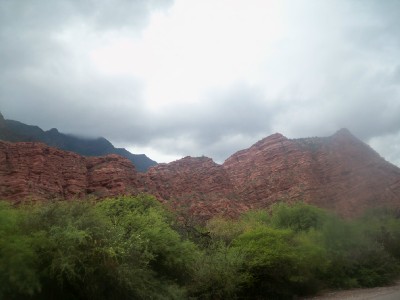 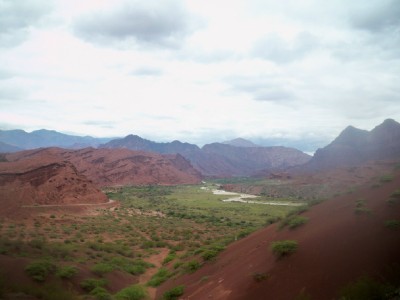 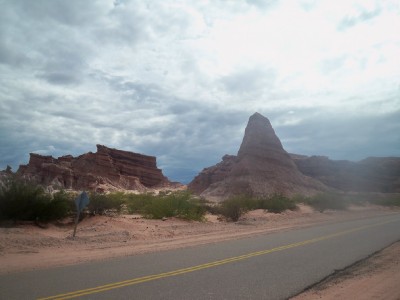 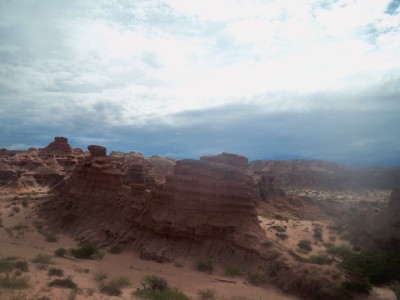 At one stop, I got talking to an Argentinean guy who made his living selling ceramics by the side of the road, and a little later, I met 2 German cyclists coming in the opposite direction. They had left Cafayate that morning, but had somehow only managed to do 24 kms in about 5 hours. Talk about taking it slow!

I got into Cafayate at about seven, and I have to say that it was absolutely heaving with people. This vacation period is certainly busy, and the three campgrounds at the far end of town were stuffed with tents. I managed to find a spot and set up. Dinner of pizza yet again!

Checking emails, some more work had come through. I was going to take a day off here in any case, but seems I may be doing a little typing now as well!