At just 10 kms cycled, this was the shortest day of my bike tour from Alaska to Argentina by far! My blog post from the day's ride near Oruro in Bolivia.

Well, it must be said, that it did get a wee bit cold during the night. My big toes for some reason felt extremely cold, but everywhere else was fine.

I could understand my right big toe being cold, as there was a hole in the sock there, but not the left. Perhaps it was having sympathy coldness?

When I emerged from the tent, the water in one of my water bottle had frozen, which made me feel less wimpish about my toes. Such are the joys of wild camping on a bike tour!

Being so close to Oruro, which was my destination, there was little point in leaving straight away, as I would be looking for a room too early.

Instead, I had a leisurely breakfast of coffee and baked beans (thanks for those Heidi!), and then had a bit of a kit cleaning and reorganising session. 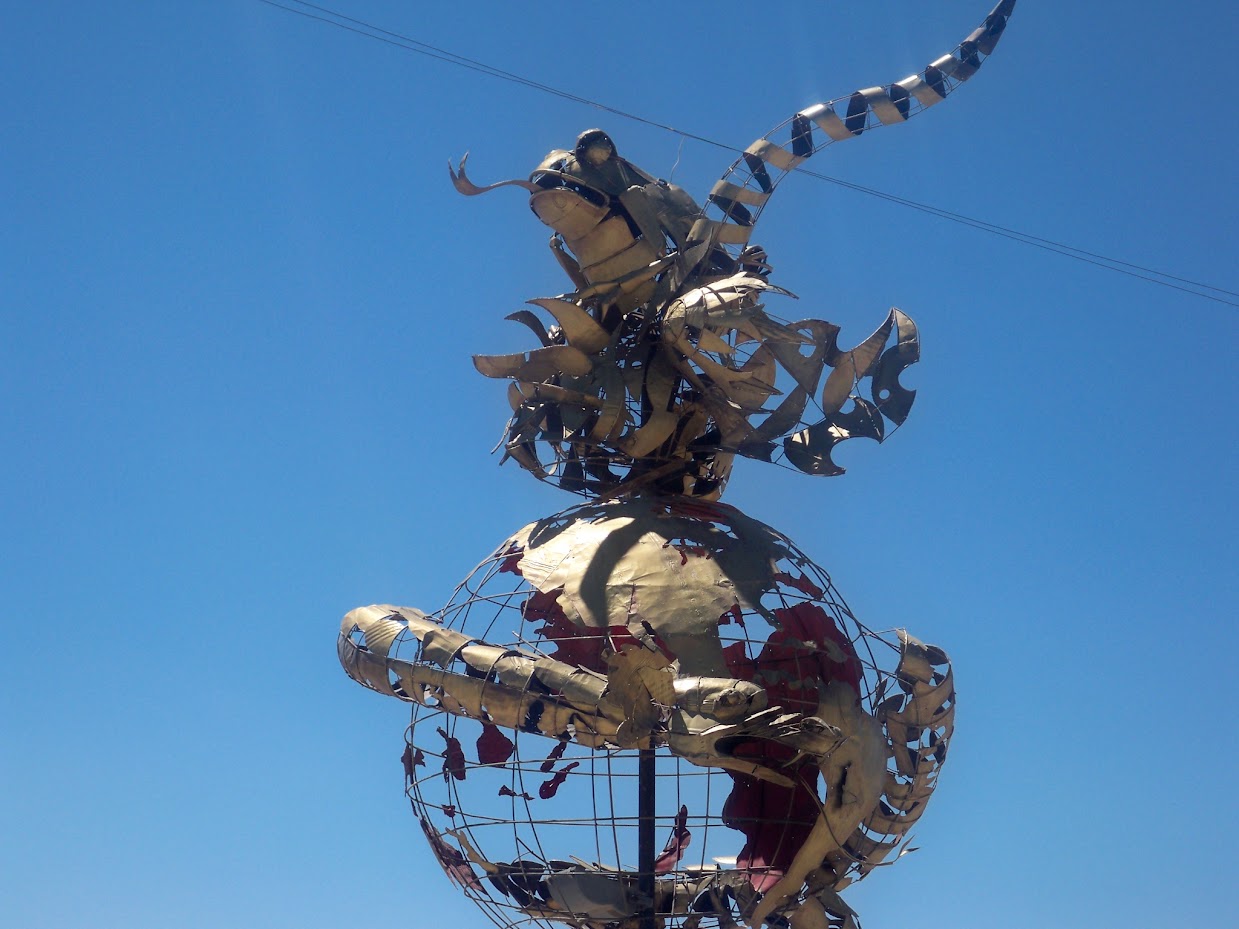 On entering, I passed by a series of sculptures as I headed in towards the centre. As luck would have it, there was some sort of military parade going on, which made navigating even more difficult than it normally is.

I eventually found the train station, where there were some cheap digs, and settled in at San Salvador. The place had recently undergone a lot of refurbishment, and the room was nice and new looking for 25Bs.

One problem that I discovered later, however, was that it didn’t have a power socket. Nice warm shower though.

I will take tomorrow off here as well, in order to do a new Freelancer job that I won, and also to get the rear wheel looked at, as I am not entirely happy with it.