On this day of cycling in Bolivia, I rode from the town of Oruro to a wild camping spot near Corque. Part of my bike touring adventure from Alaska to Argentina.

And the wind blew strong

Not the most pleasant day's cycling, all things considered despite the really easy exit from the city. The main problem today was the wind, which blew very strongly and every which way but the one I wanted it to.

The road led through an open plain as well, which afforded no windbreaks which didn’t help. 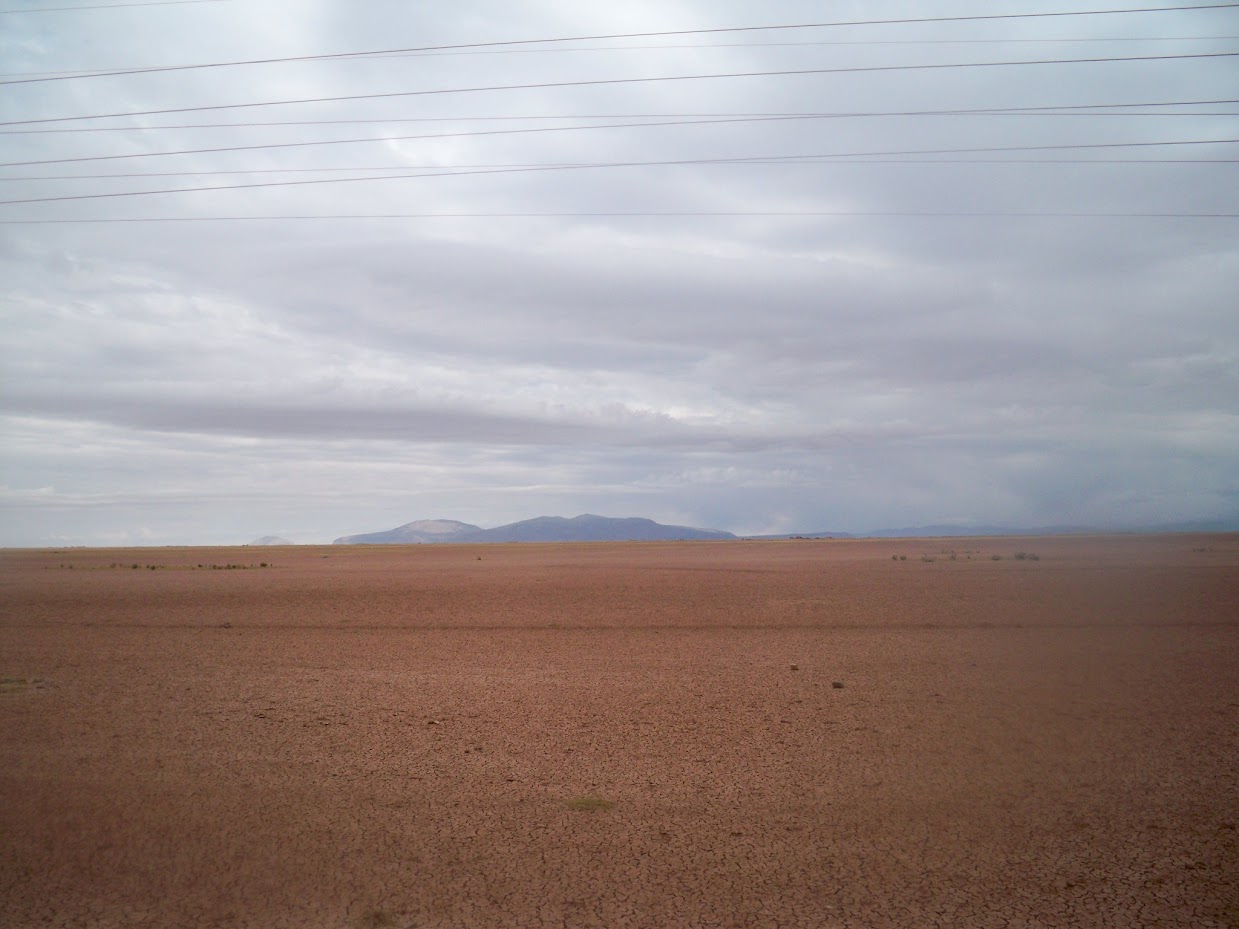 Still, its not the first time I have cycled through strong winds, and I somehow doubt it will be the last, so I just plodded on.

When I reached the settlement of Toledo I stopped off for a bite to eat and to get some water as I planned to camp out. Toledo was a tiny place, but there were a few little stalls on the plaza to eat at. A caldo and a full dish of spuds, rice and lamb bits set me back just 10 soles… bargain!

On leaving Toledo, the sealed road gave way to a dirt one, making life even harder. Now I had the wind, as well as a pretty terrible road to contend with.

Lots of dust, gravel, a corrugated washboard surface and sand traps. In fact, with the road the way it was, and the bleakness of the surroundings, it would have made a good location for a post apocalyptic film. 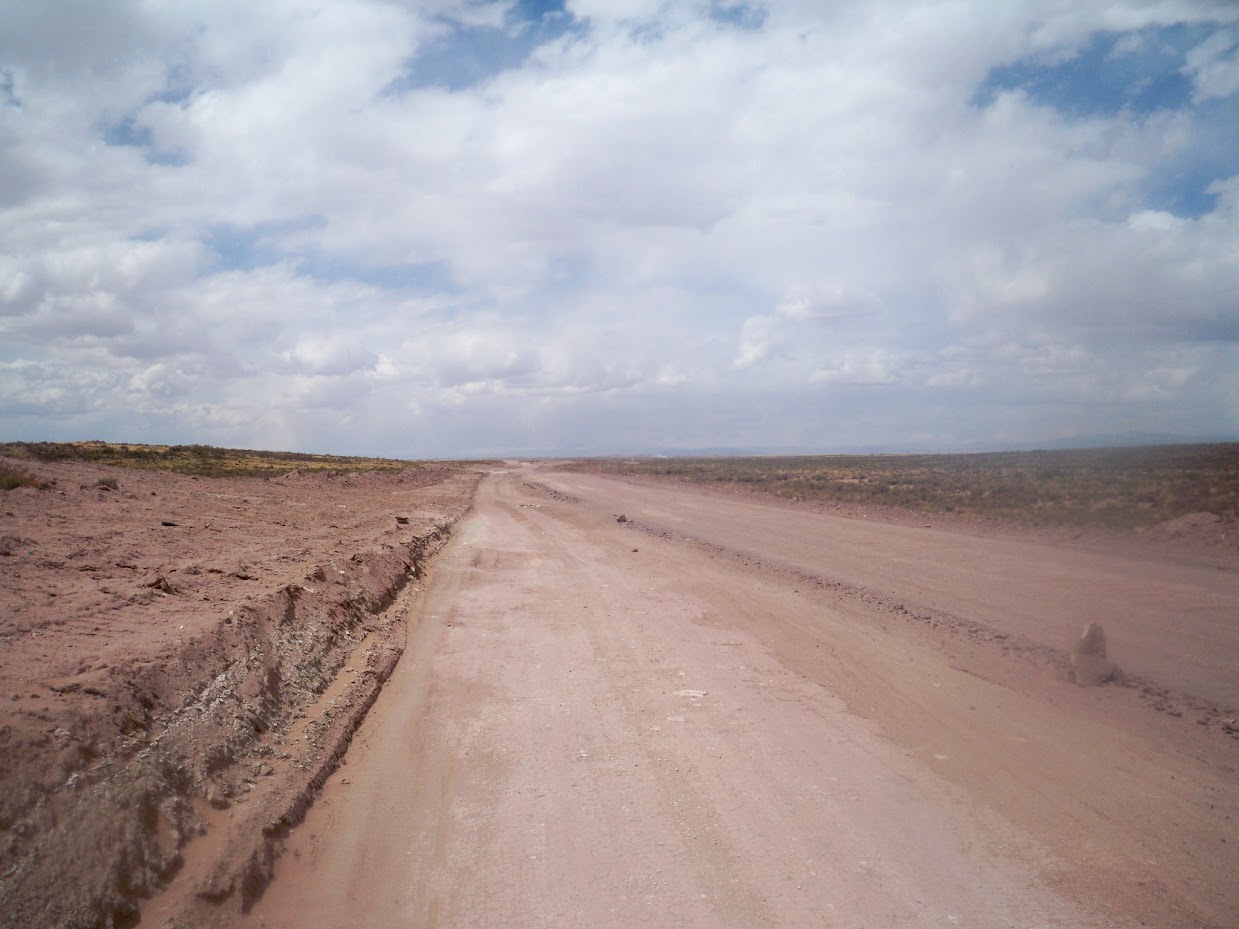 The dusty road leading out of Toledo – that would make a great name for a Western movie! 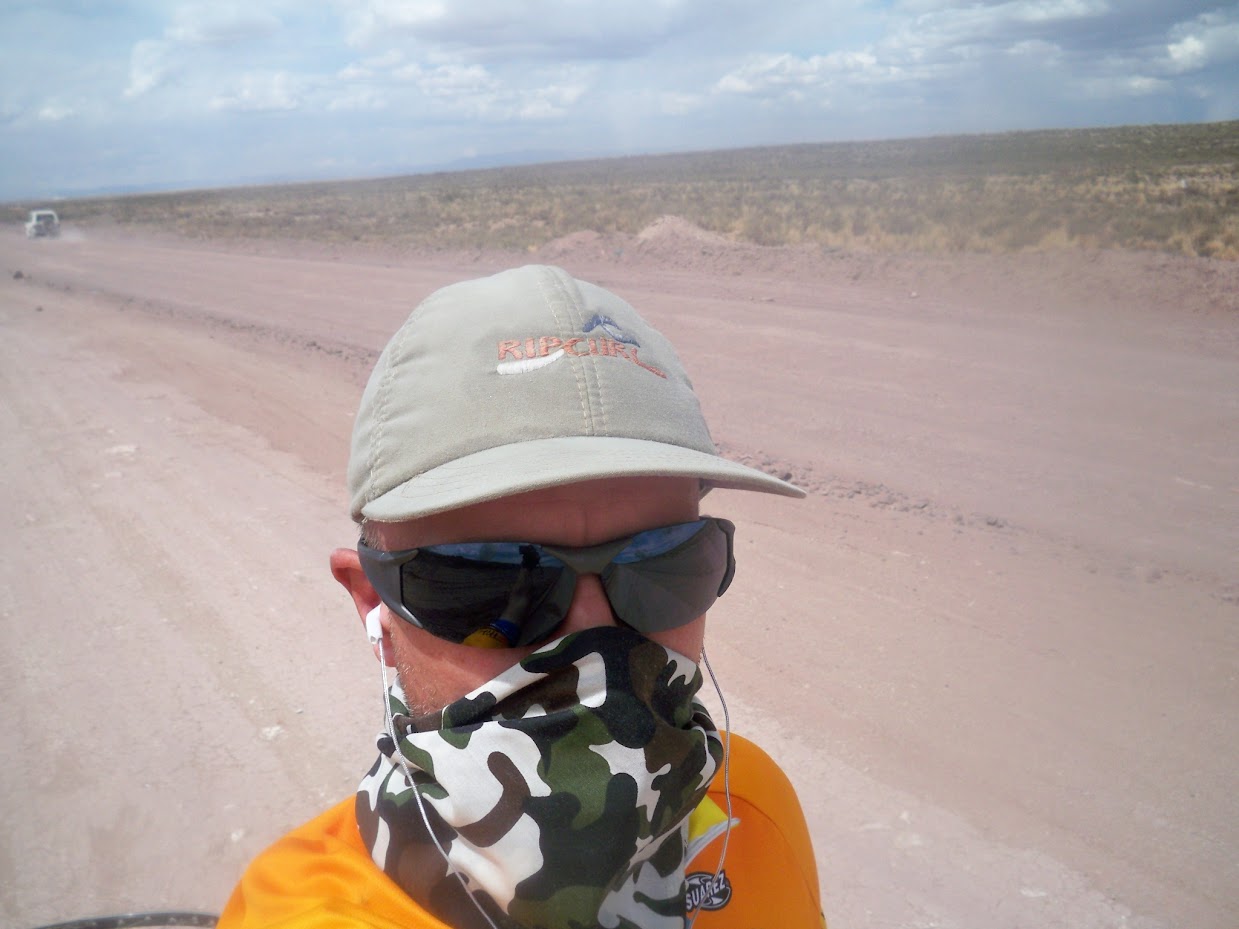 It was best to cover up as vehicles passed by! A general plod until 16.00 when I pulled over just short of the town of Corque, and set up my wild camp in a large pasture area separated by knee high crudely built stone walls.

Before leaving Oruro, I bought a good blanket, so I am hoping it will keep me a bit warmer at night! 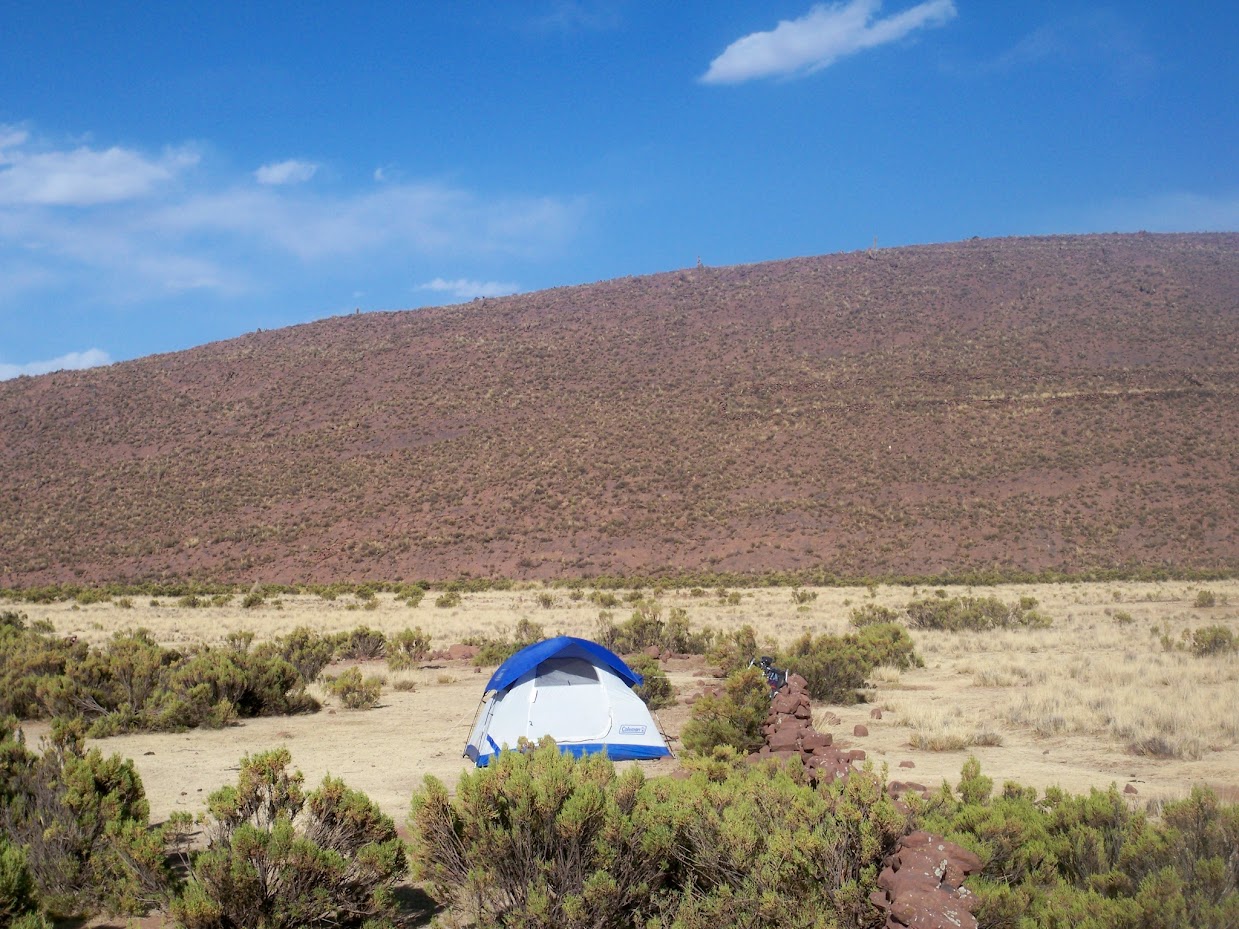