Another challenging day of cycling through Bolivia due to a combination of mishaps, dirt road and conditions. Here's my bike touring blog post from the day. 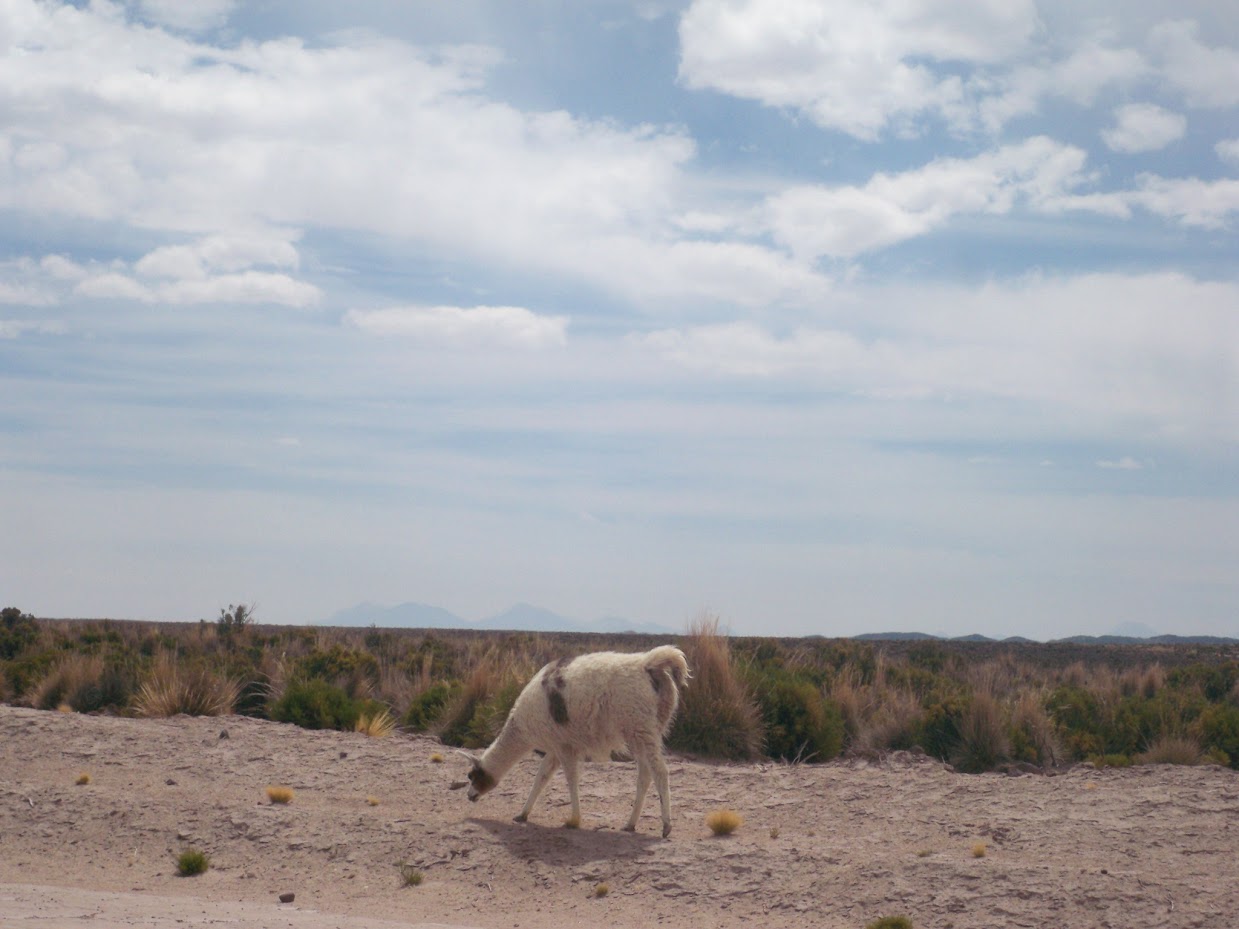 I would like to say that this was a better day than yesterday, but it was even more horrible.

Things didn’t get off to a great start in the morning, when I noticed that the front tyre had a bulge in it. This one had been on since Mexico, so it had done a great job, but this was the end of the road for it.

So, after breakfast and packing away the camp, came a tyre changing routine as the new rear one moved to the front, and the older Shwalbe tire came out of the bag and back onto the rear.

This was actually the set up I wanted to use for the rough roads anyway, just a bit of a pain it came about like this.

Hitting the road, it was back onto the dirt as I cycled to Corque. I thought the town would be on the main road, but no, it was several km over to the right.

No choice but to go there as I needed more water, and the ground water in these parts is scarce to say the least.

Corque wasn’t the metropolis I had hoped it would be, but its one open shop did provide everything I needed.

I had noticed my front wheel had a wobble, and asked around for a bicycle mechanic. There were allegedly two, but neither were at home.

I tinkered with it myself, and with it a bit better, continued back to the main road.

A hard section of terribly graded road over rolling hills followed as in cycled to Ancaravi, which was a small place of about 10 shacks and 1000 llamas. 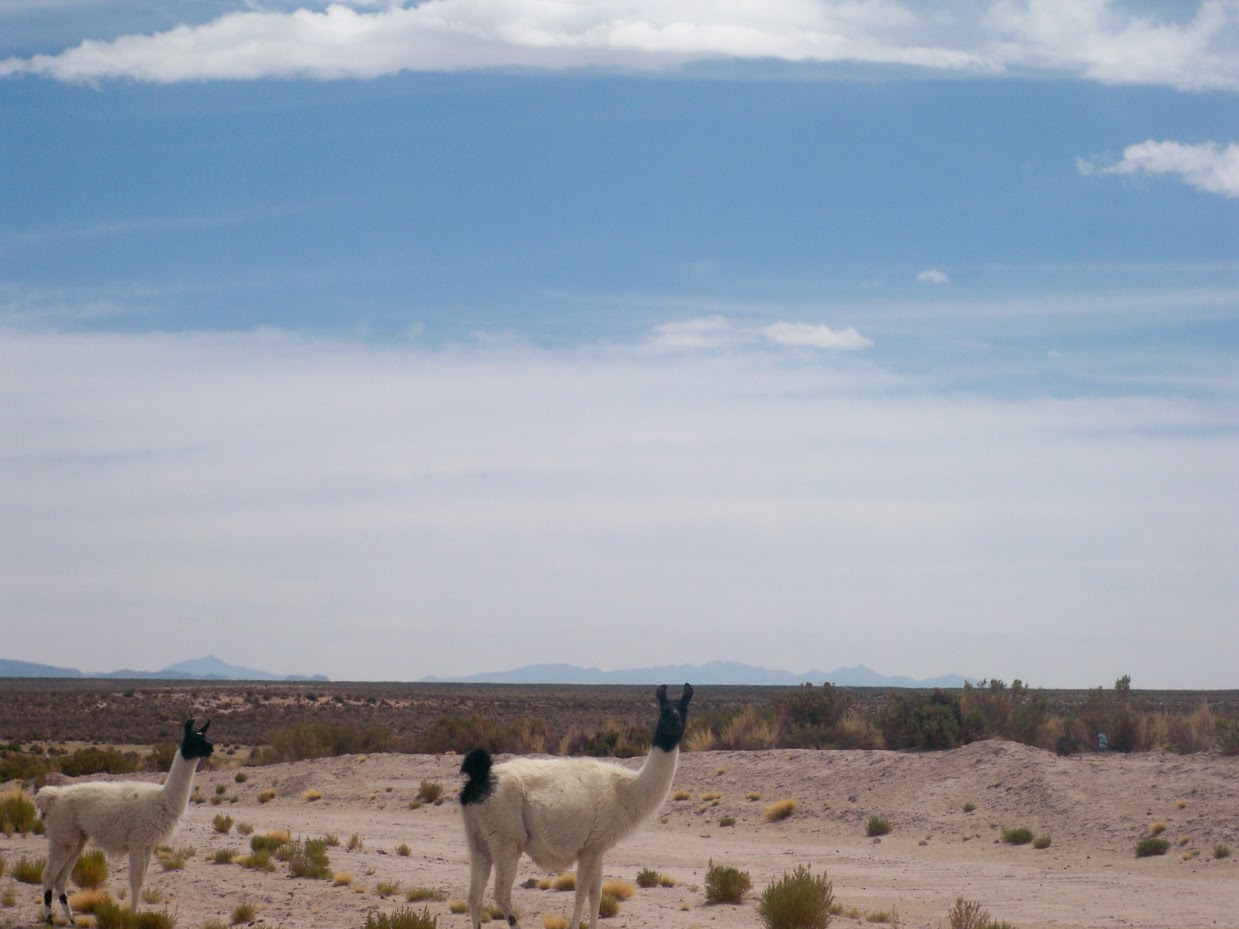 I have re-designated llamas as the worlds stupidest domesticated animal, replacing cows by the way.

From here, the road became sealed, which was just what I needed. What I didn’t need, however, was for a fierce headwind to pick up.

A headwind which plagued me for the next five and a bit hours of cycling. Not entirely enjoyable, I can tell you. This was definitely a “why the hell am I doing this” day. 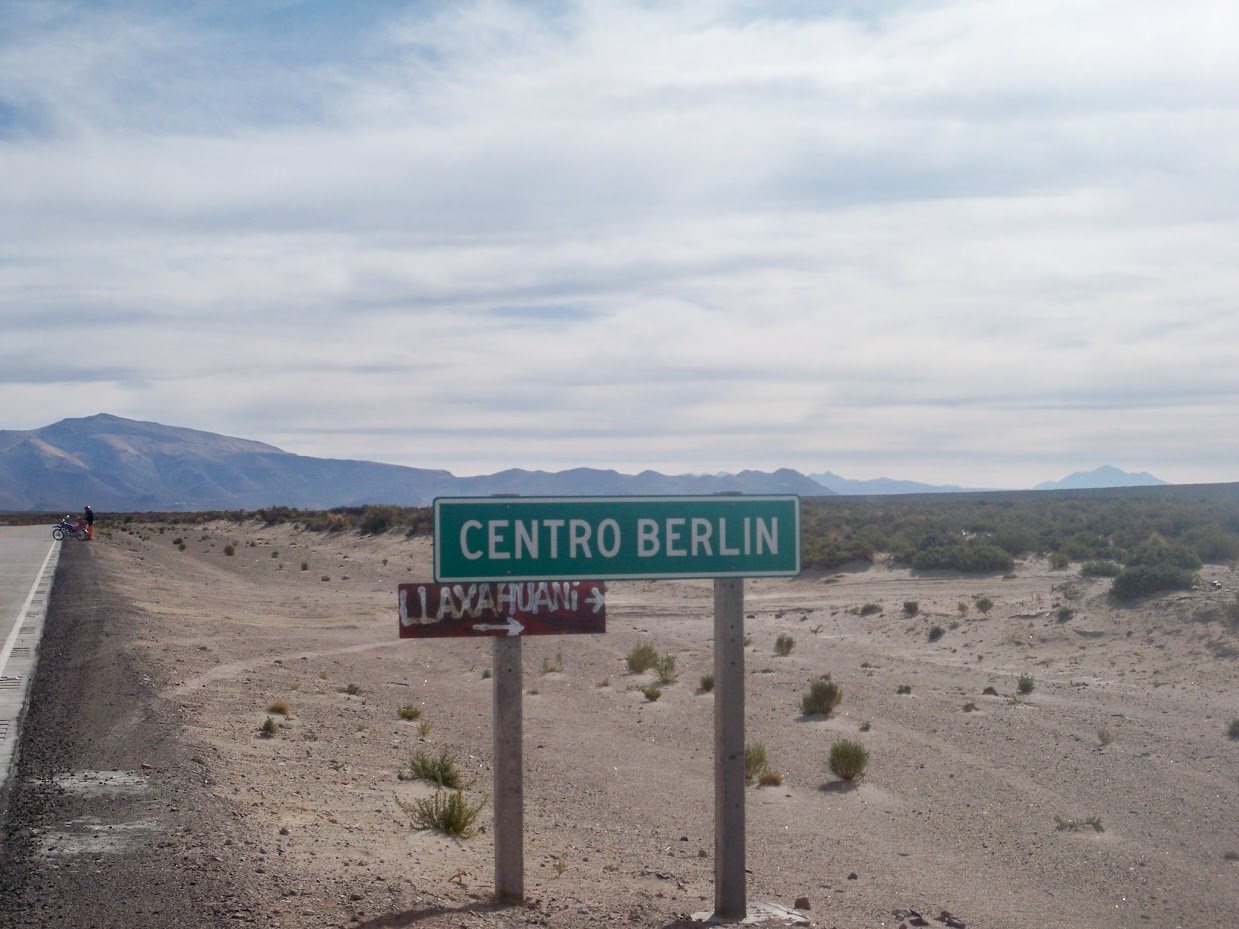 Reaching Huachacalla, I was ready to find a bed and get some well deserved rest. No such luck though, as the Hospedaje was closed, and there were no more places offering accommodation.

No choice but to cycle out of town, and find somewhere to camp. Not a brilliant day, and the next few seem to offer more of the same.