Last Updated On February 9, 2023 by Dave Briggs Leave a Comment

Another day of cycling in Peru, and I reached a new height of 4700 metres. Altitude sickness never affected me when cycling in Peru, but I did have to stop to catch my breath a few times! This blog entry covers cycling from Pachapaqui to Huallanca. 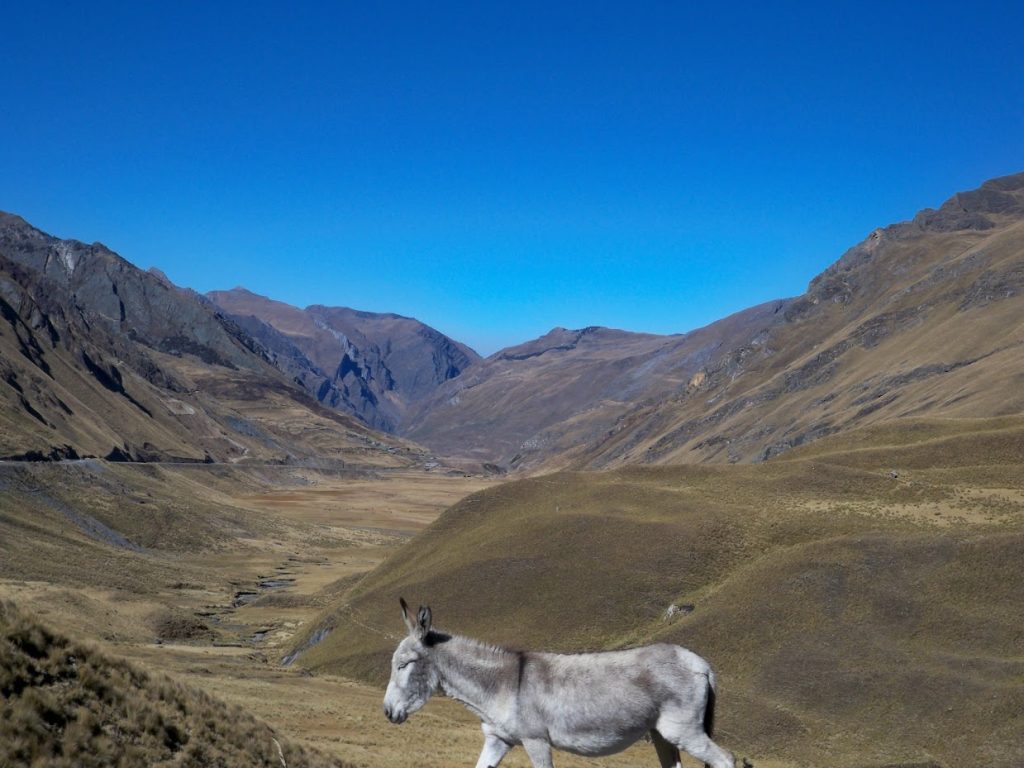 Bike Touring at Altitude in Peru

With the temperature being so cold at this height, there is little point in setting off super early in the morning, as its just too uncomfortable.

A good chance to have breakfast in bed, of Fanny Marmalade and bread rolls. You cant beat spreading a little fanny in the morning. (What ?!) 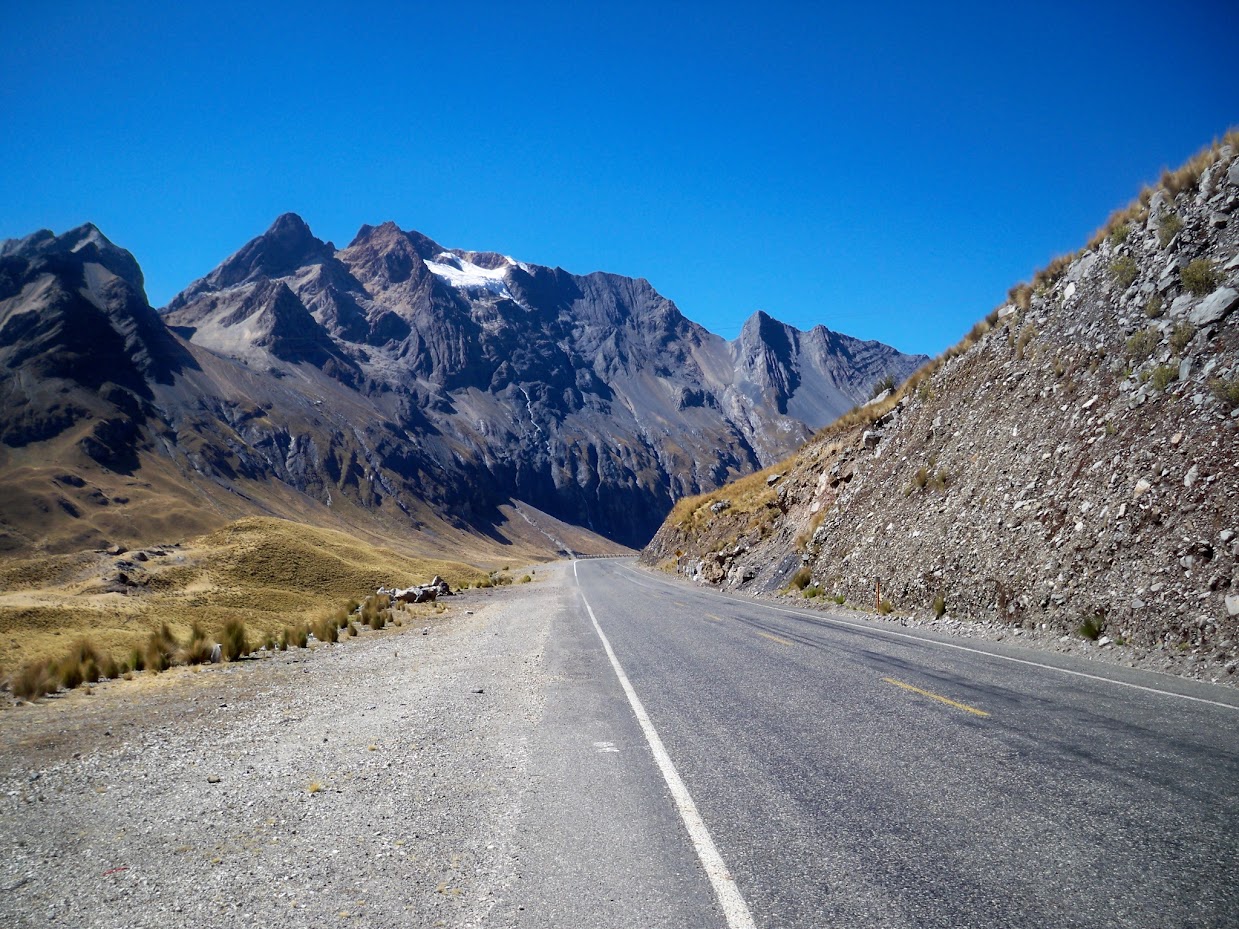 Altitude sickness hasn’t affected me so far, and didn’t today, although I stopped every 1.5 km for a minute or two as the muscles in my legs seemed to lack oxygen. My breathing was fine, and I didn’t get a headache which was all good.

Actually, a small headache came in the form of vicious packs of dogs which seem to wait for the unsuspecting cyclist in these parts. Still, I have my stick, and I managed to hit two today – Maybe tomorrow I get the hat trick !

(Before anyone starts on a don’t be cruel to animals routine, try to imagine being chased by half a dozen snapping, snarling dogs. If I can hit one whilst seated on my bicycle with a three foot stick, then its too damned close!).

Fortunately the gradients were not too severe, and the scenery was stunning and beautiful, despite its barrenness. 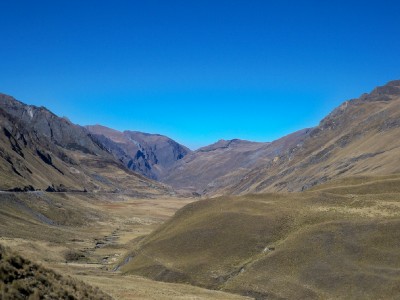 As I took the photo below, the screen on my camera broke. Yes, ha ha ha, Dave's ugly mug broke the camera! What really happened is a gust of wind blew the camera off the ledge I had balanced it on, and broke the screen.

The camera still works, just that I can not see what I am taking a picture of. This might perhaps improve my photography skills! 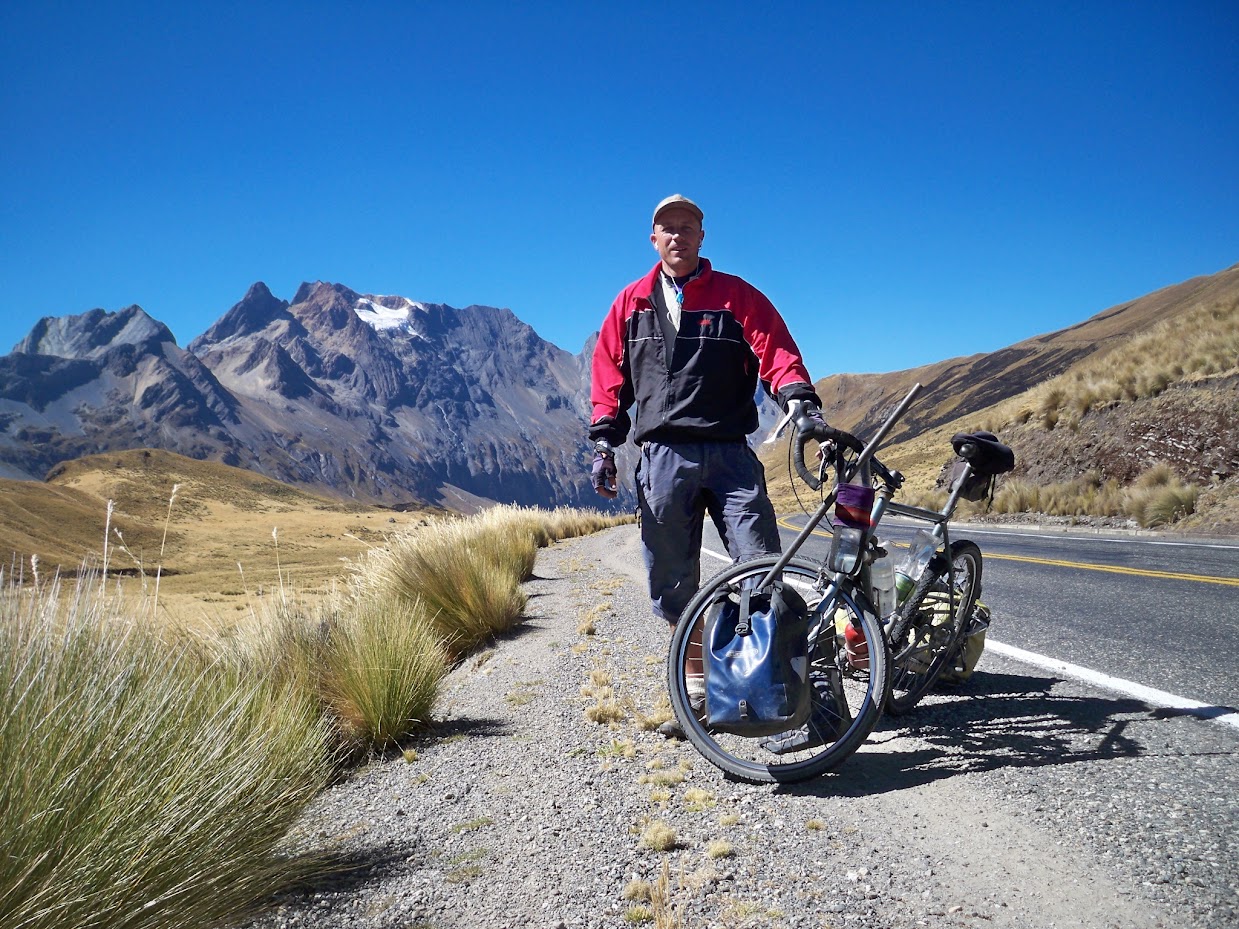 I took a video whilst up there. Sorry about the sound quality!

After that, it was downhill for nearly 28 km, as I lost 1000 metres of height. Reaching the town of Huallanca,

I took a 13 sole room in a hotel on the square, and stocked up on some food.

From various emails, I gather that one group of four cyclists is three days ahead of me, whilst another couple are over a week in front.

With nearly 3 weeks of cycling until I reach Cusco, there is a reasonable chance that I can catch one or both groups up.