The downhill section from Pallasca to Chuqicara is one the the best roads to cycle in Peru if you love scenery, wild landscapes and adventure! Here's my blog post. 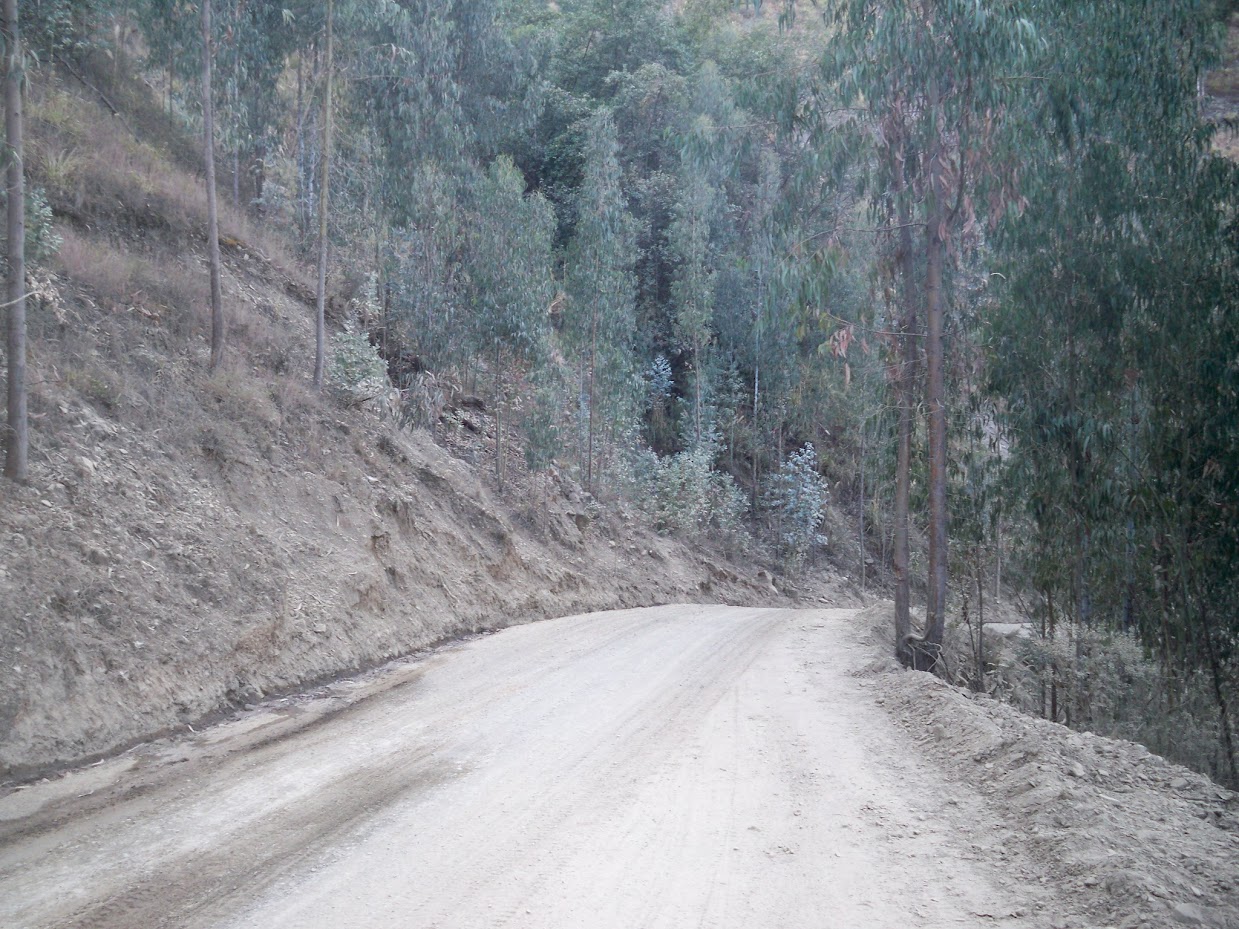 Time to leave Pallasca, although not before a nice, filling breakfast!

I was still a little uncertain as to what lay ahead of me in terms of terrain, but I was to be rewarded with a wonderful downhill section lasting several hours. 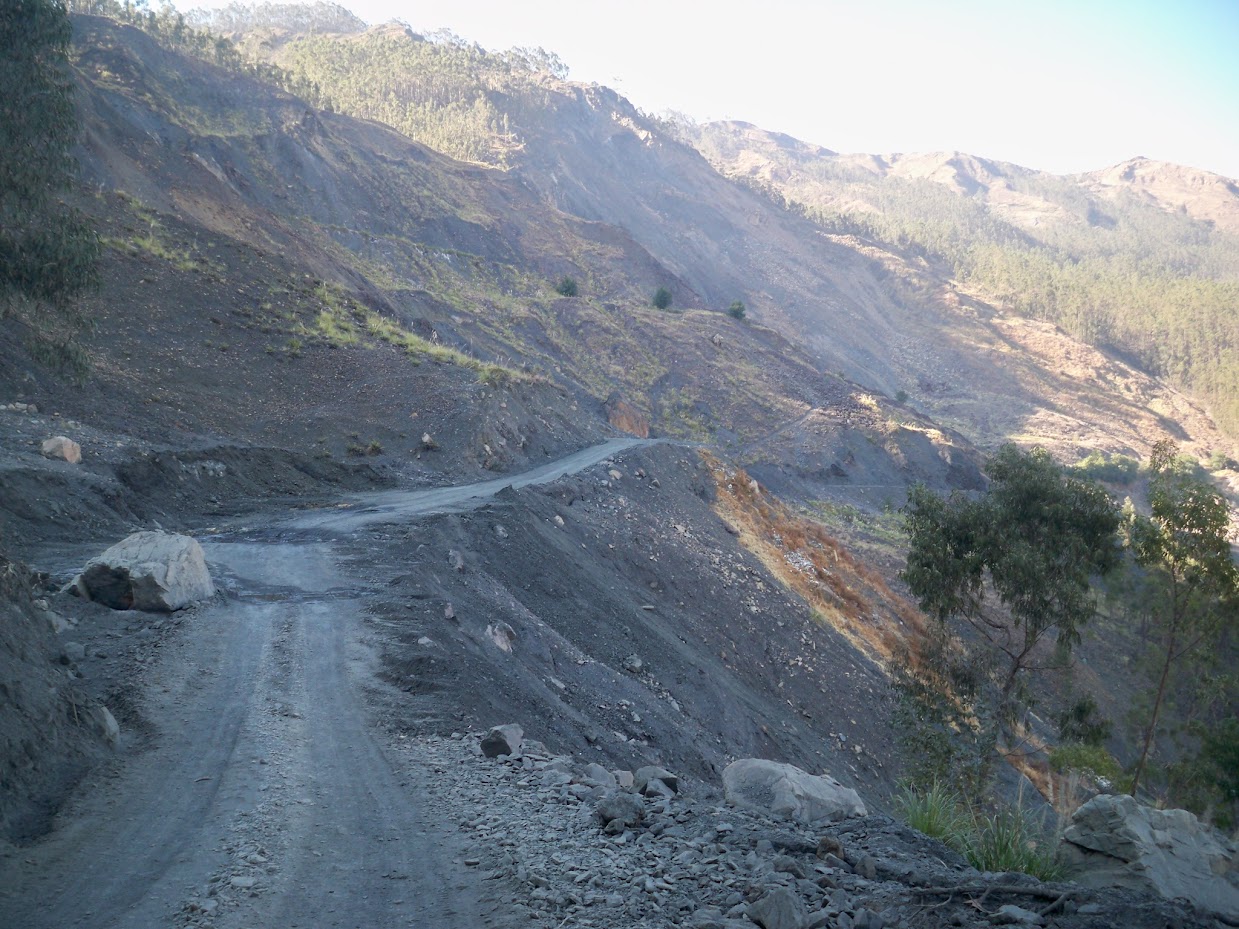 The dirt road was for the most part in great condition, and best of all, there was hardly any traffic, maybe one vehicle an hour. 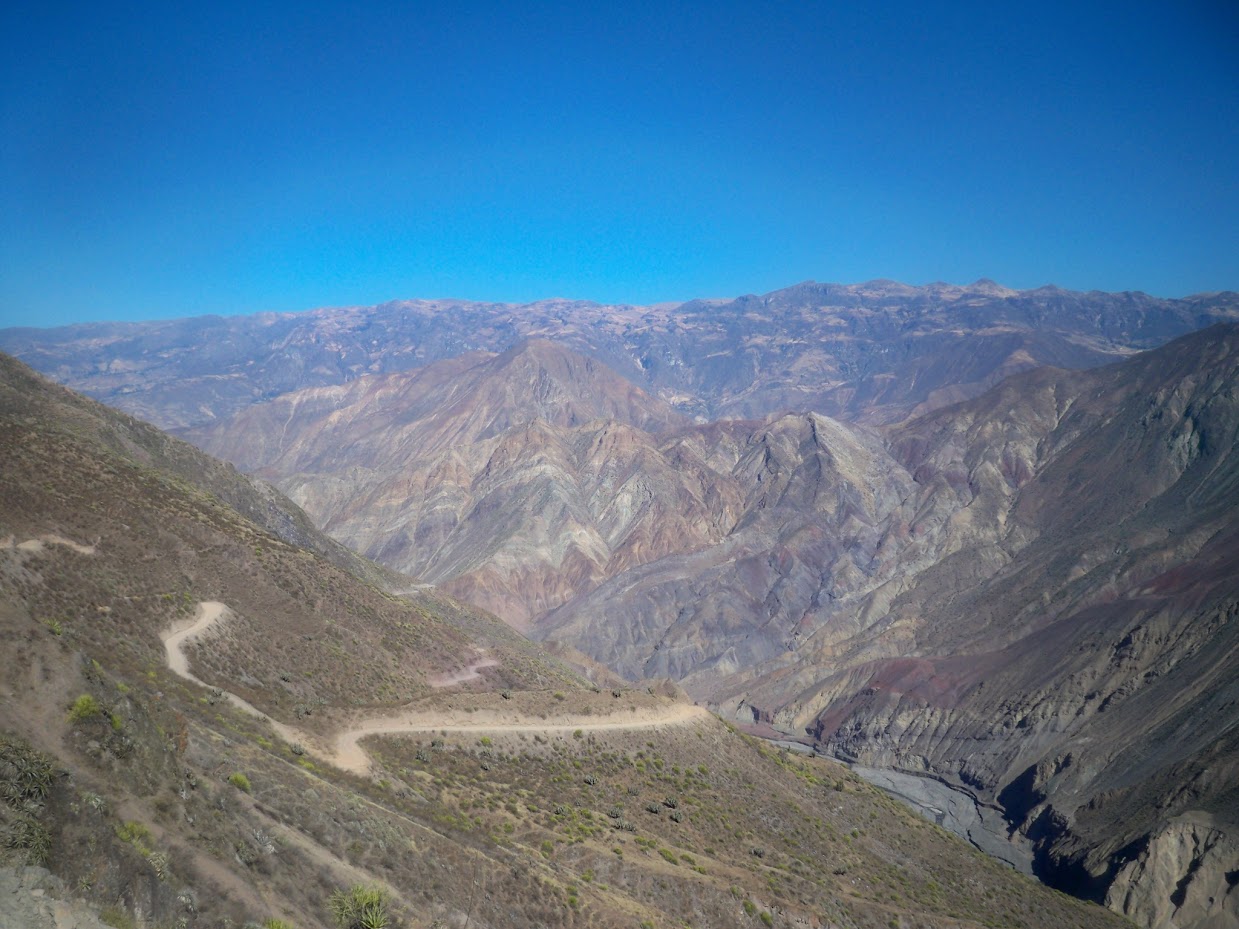 The dust thrown up from the road covered the nearby trees, and reminded me of a Christmas scene. Leaving that behind, I was rewarded with some amazing views! 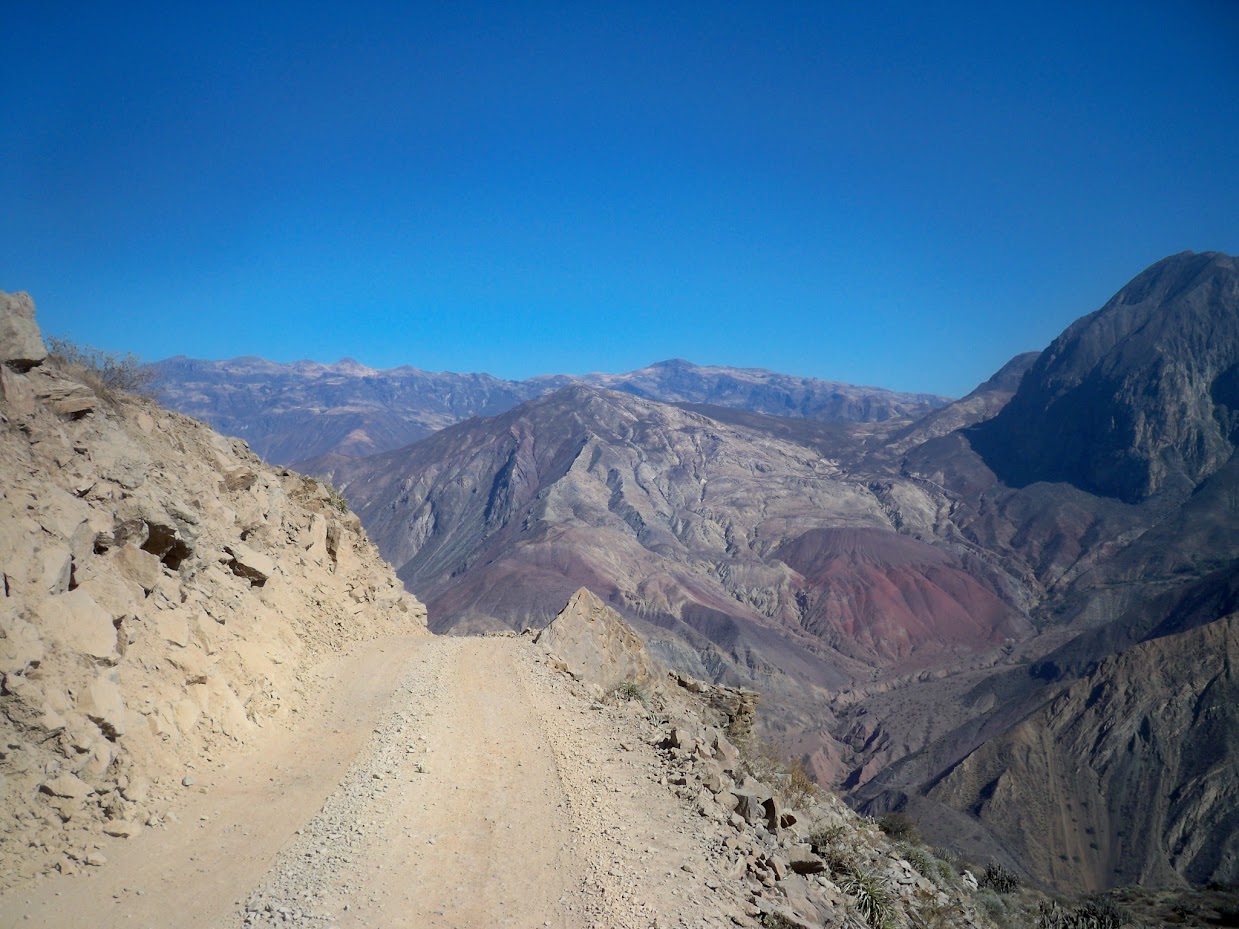 Not many safety barriers in Peru ! 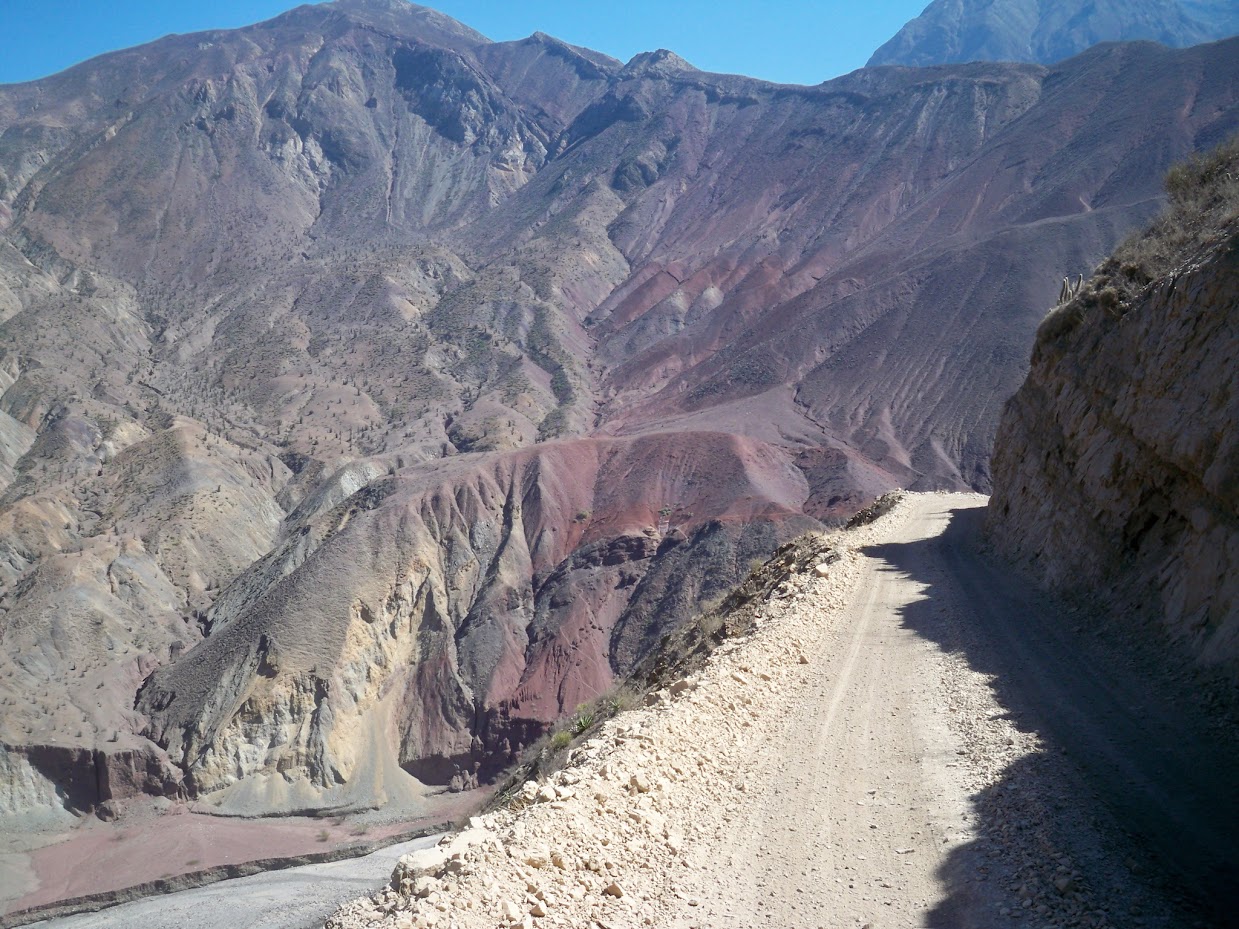 Eventually, I rejoined the river in the valley which I had crossed a couple of days before, and the road then continued to follow it downstream, at a gentler angle than from Pallasca, but downhill all the same. 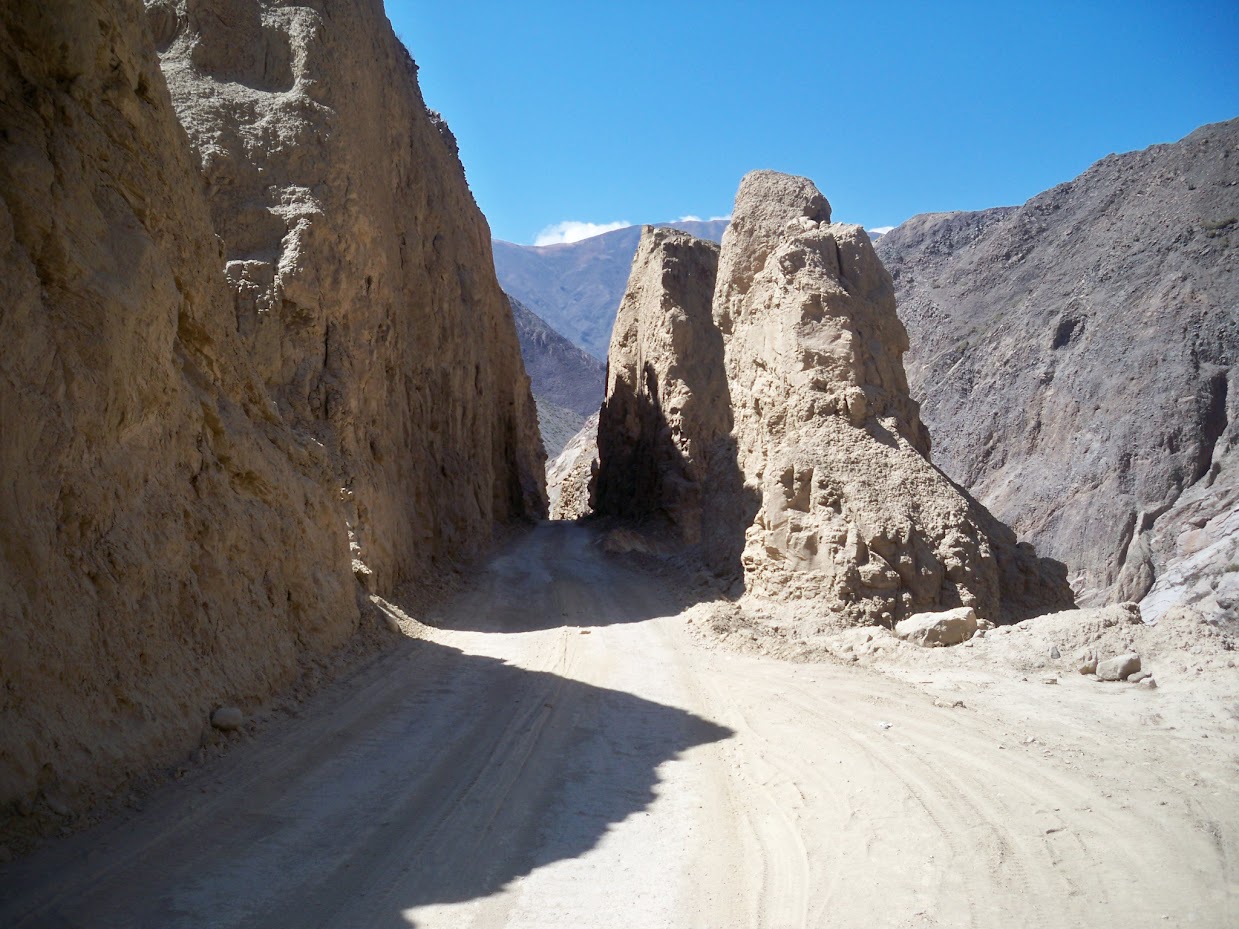 I passed through several tunnels carved out of the rock face on my descent to Chuqicara. 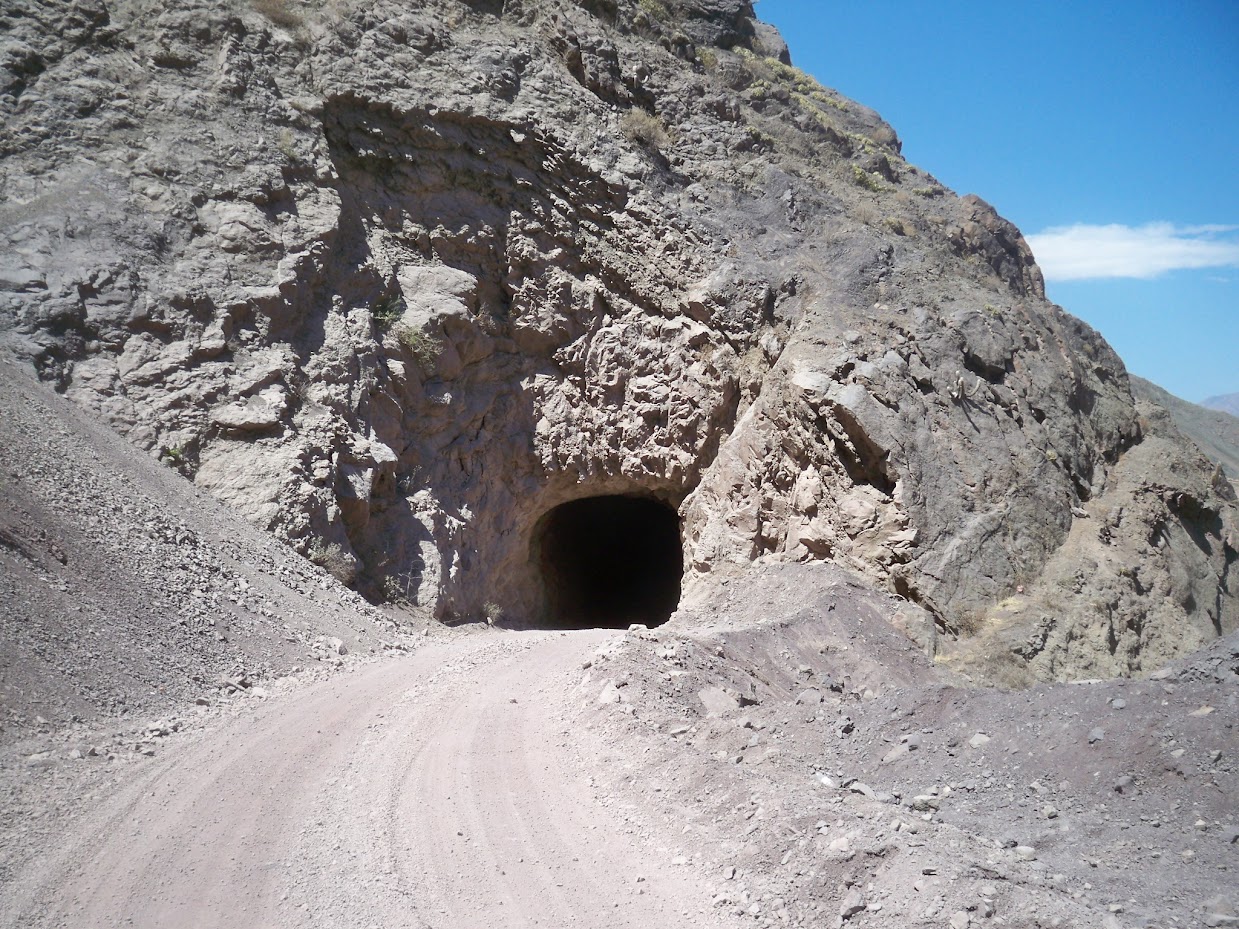 About 25 km from Chuquicara, a surprising tarmac road appeared, which was the first meaningful stretch of tarmac I had been on for some while. 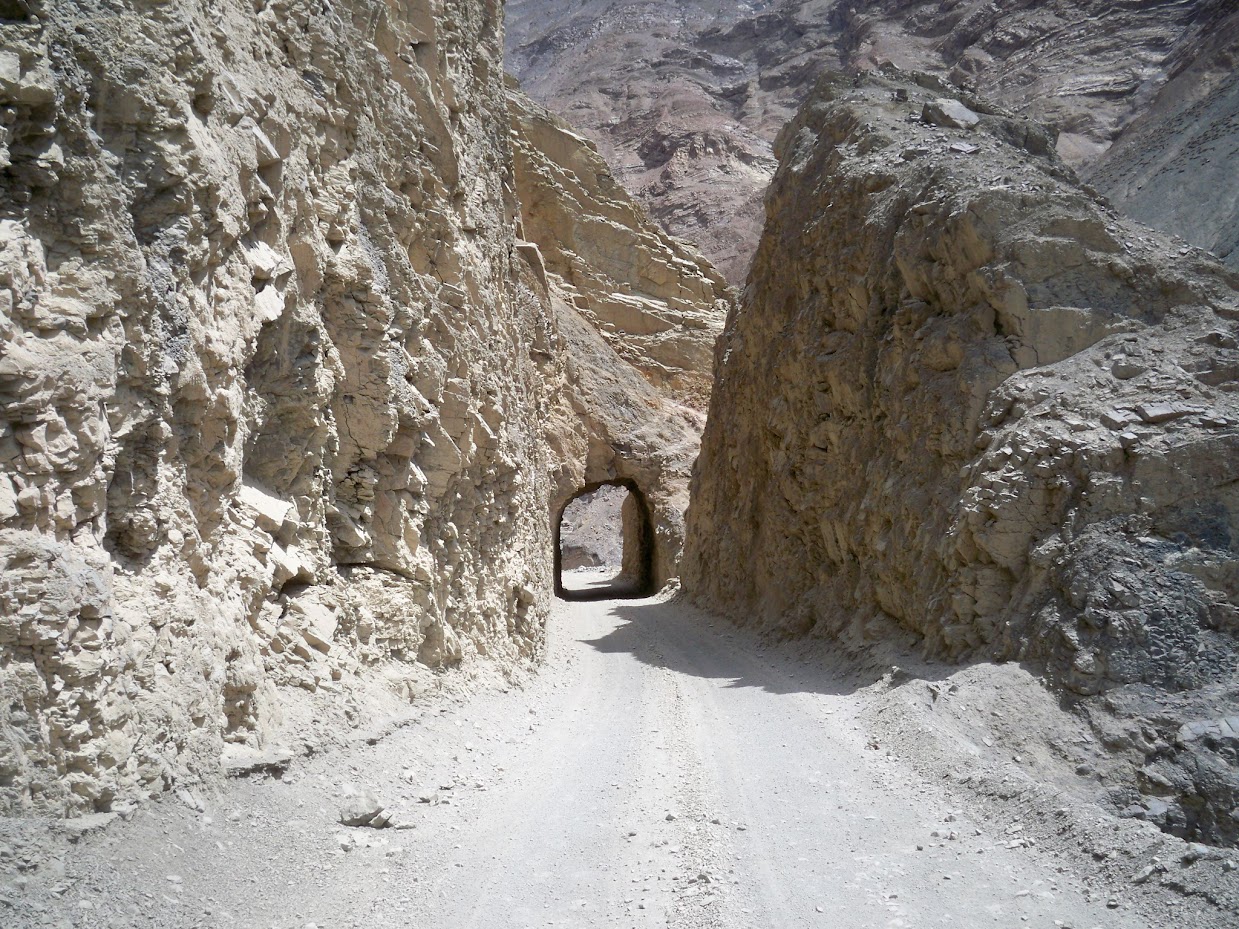 Sure, a fierce headwind tried to rob me of the joy of it, but it was most welcome all the same! 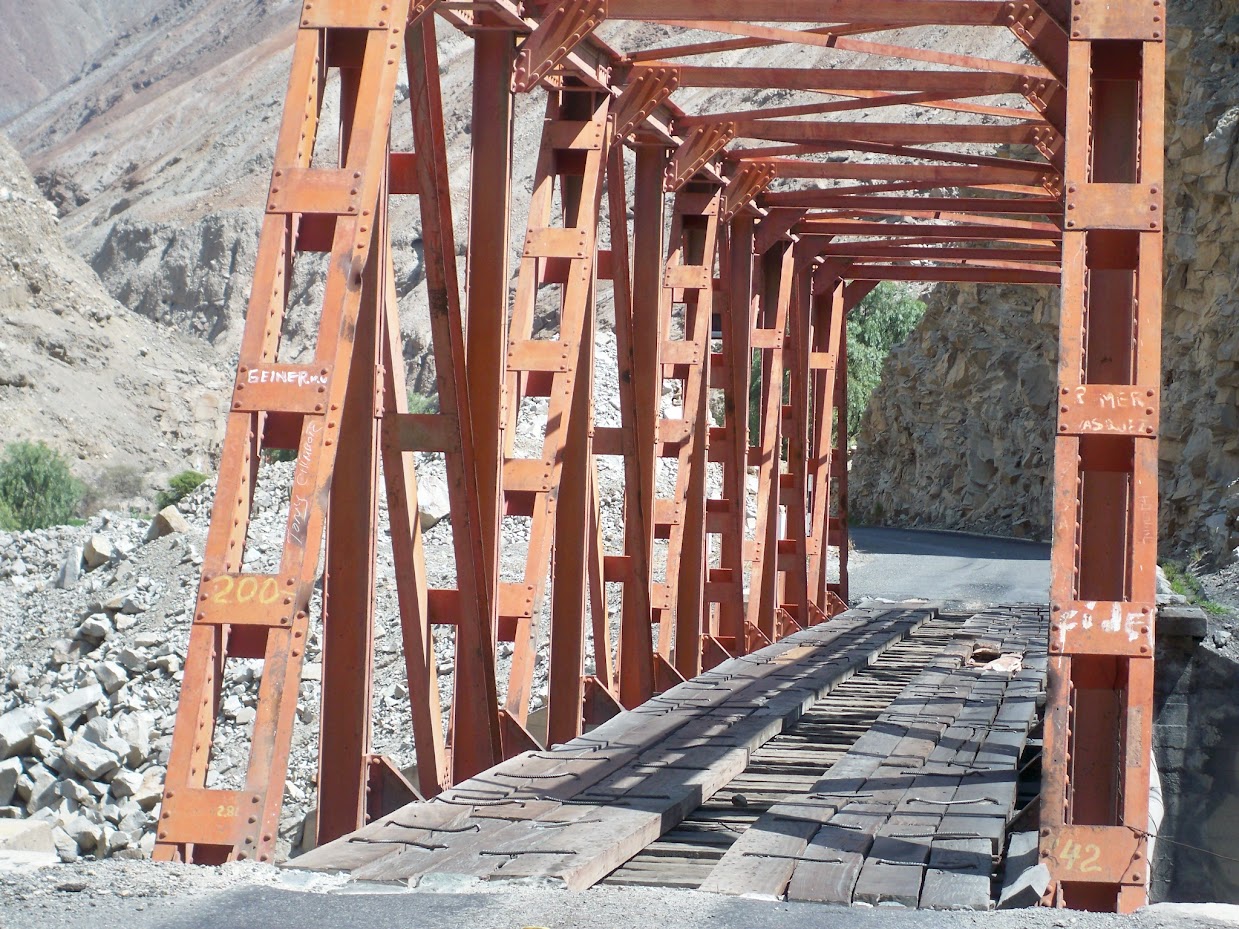 At Chuqicara, I stopped for a late lunch, before heading off again at just gone 14.30. The road heading into the canyon was rocky and not in the greatest shape, but certainly no worse than those roads which I had been cycling since entering Peru.

I made about 30 kms before I called it a night by a secluded spot next to the river. It was a perfect wild camping spot. 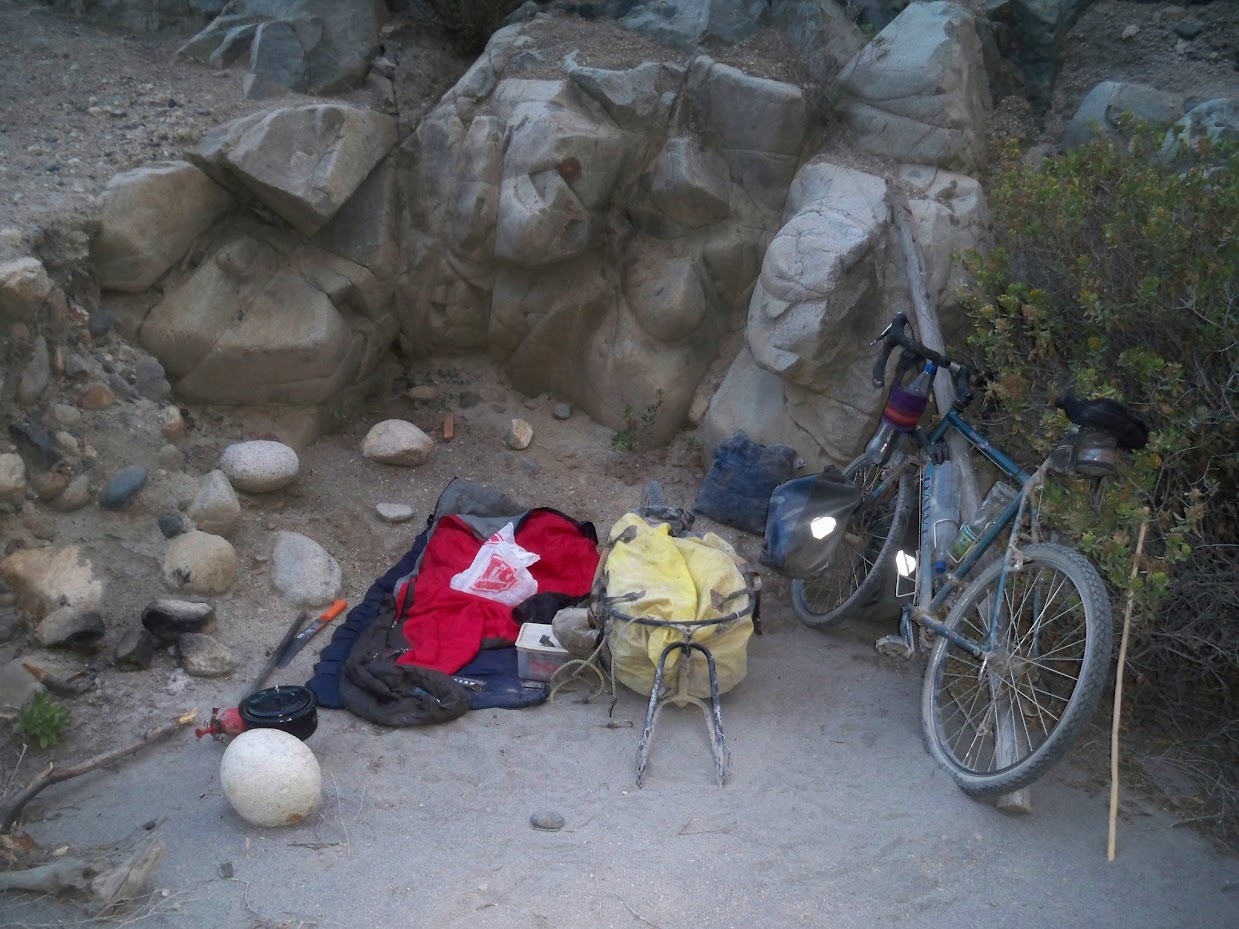 It was very warm, with no need to set the tent up, and laying out at night staring up at the star filled sky, I wondered if one of the tentacle creatures of Plagrimon Six was camped out next to his alien version of a bicycle, looking back down at me.

You might also want to check out: Best bicycle quotes