Leaving my wild camping spot 30 kms past Chuqicara, today's cycling would take me to near Caraz in Peru. Here's my bike touring blog from the day. 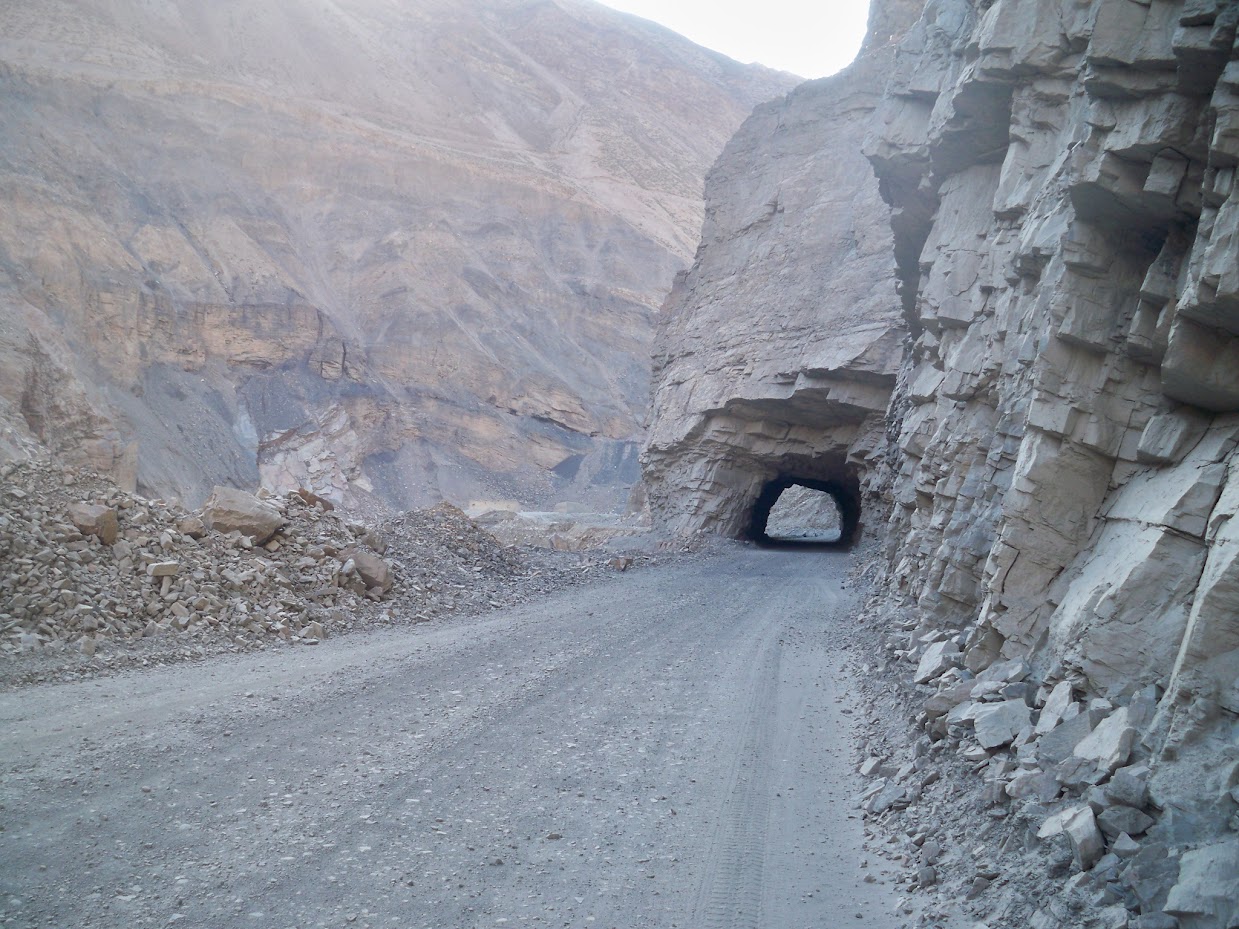 Today was a real mixed bag. It started off so well, with breakfast of porridge, and filtering enough water for the day, as the sun rose higher over the valley.

The problem started a half hour later as I was cycling, when I got a puncture in the Bob trailer. A puncture is not normally a problem, but this was a real awkward one.

Not only had the three inch thorn gone through a previous patched hole, but it had also gone through the other side of the inner tube.

This meant partially patching over a previous patch, and also putting another one on the other side.

Patching over old patches is never ideal, and, as I thought, it lasted little more than an hour before it started leaking again. 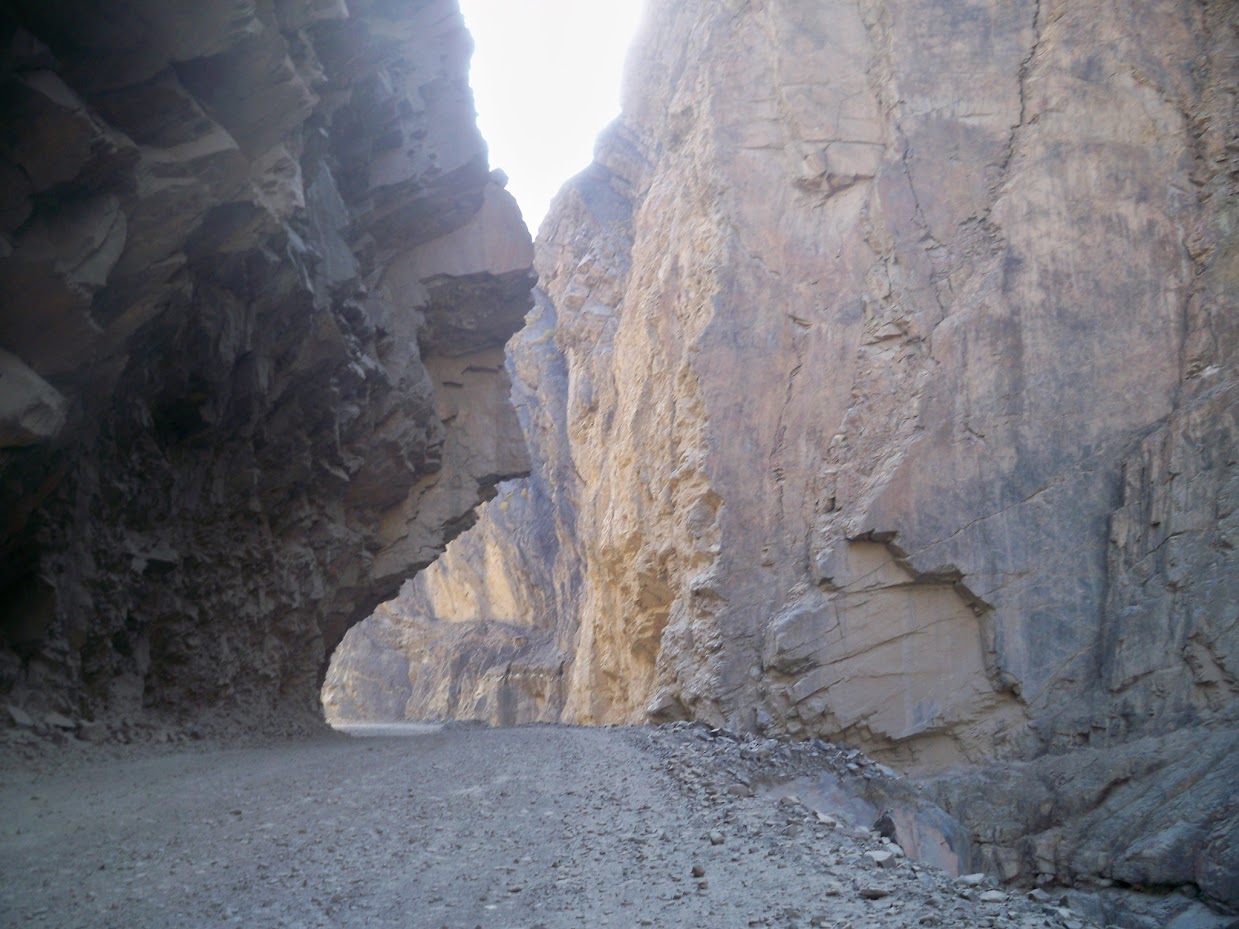 I tried to stay focused on the scenery as opposed to niggling problems. There's some incredible roads and scenery you get to see here when cycling in Peru! 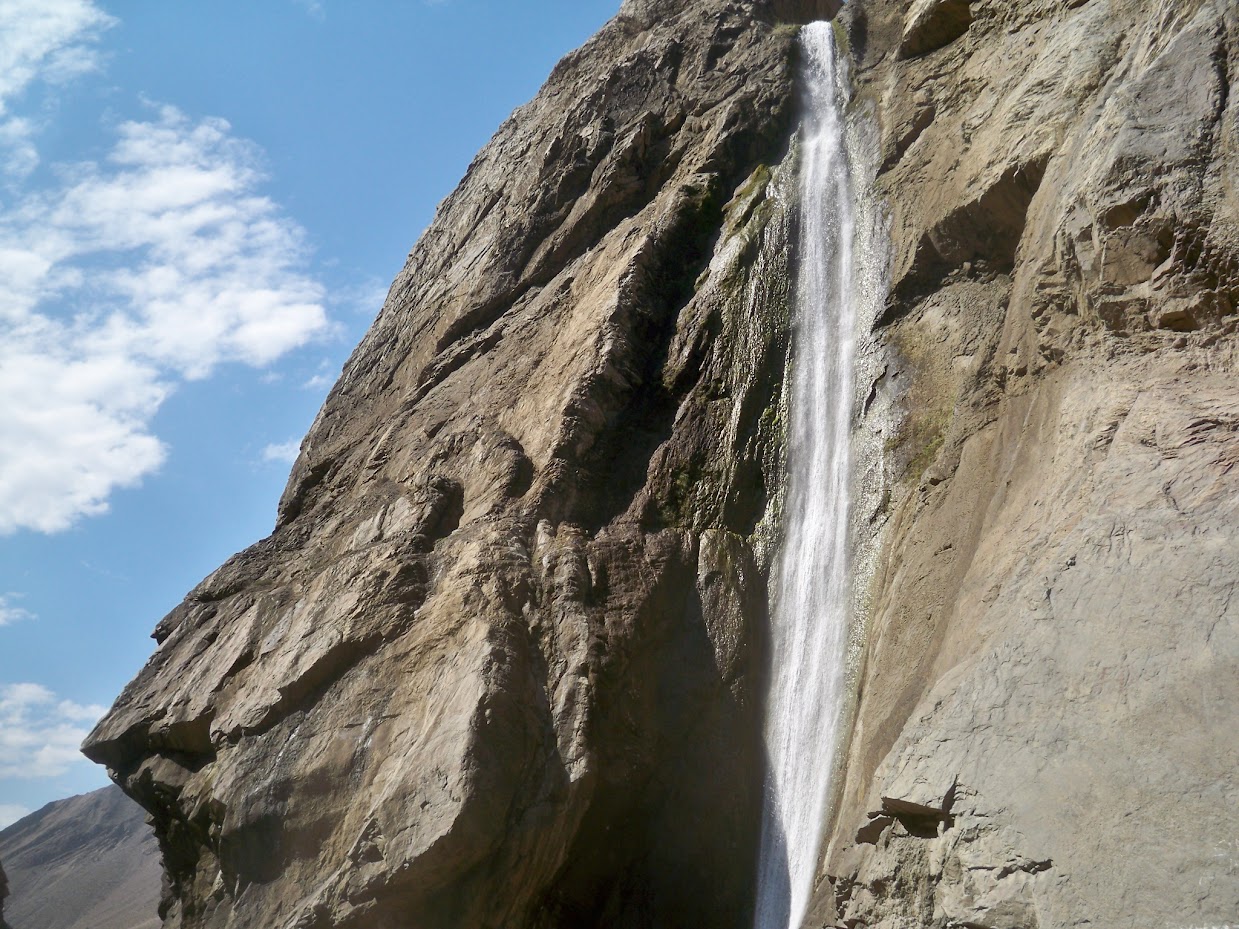 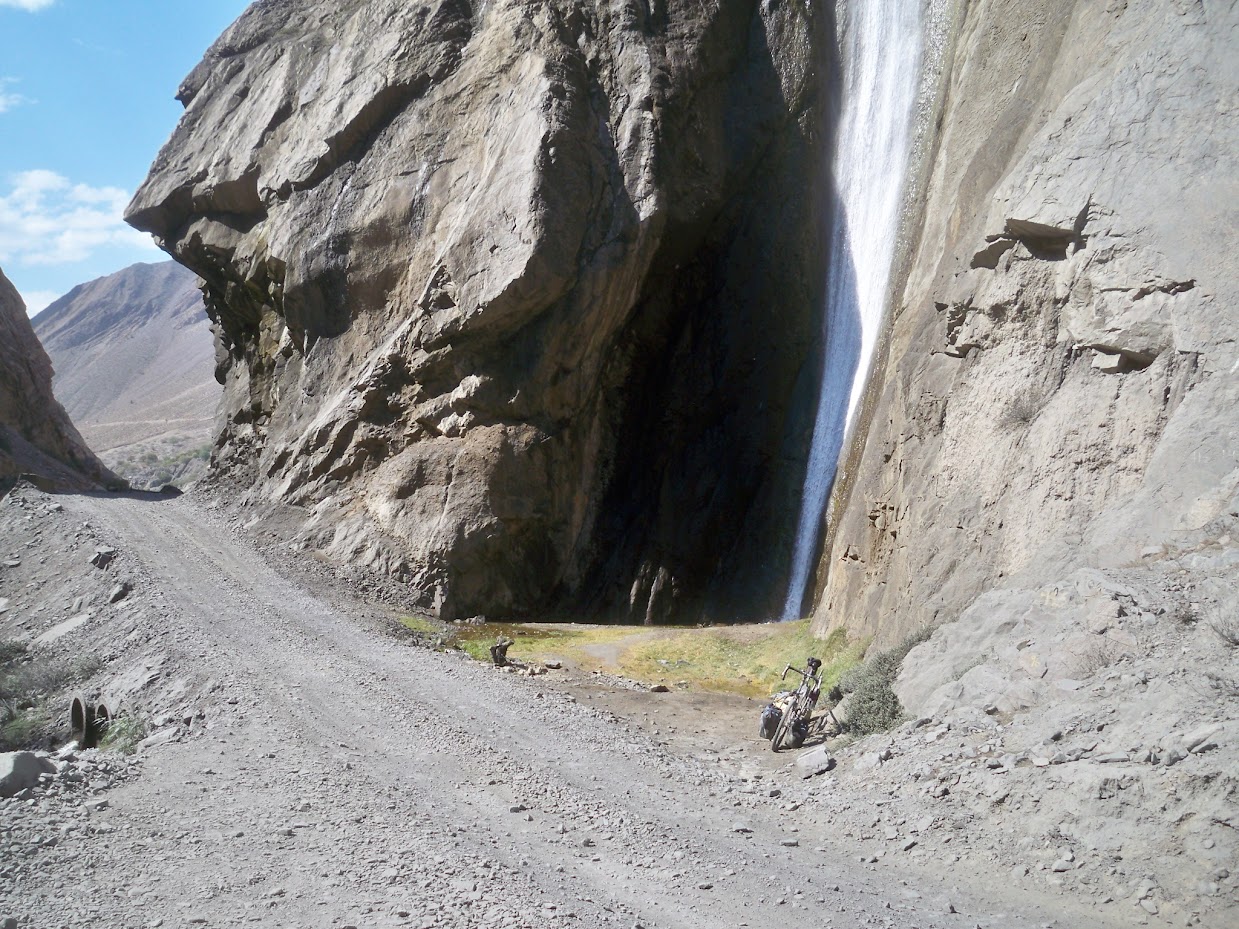 Another delay as I put a patch over the two previous ones, which I knew had a 50% chance of working. Sure enough, a slow puncture, and I admitted defeat, and replaced the inner tube with the spare I carry. 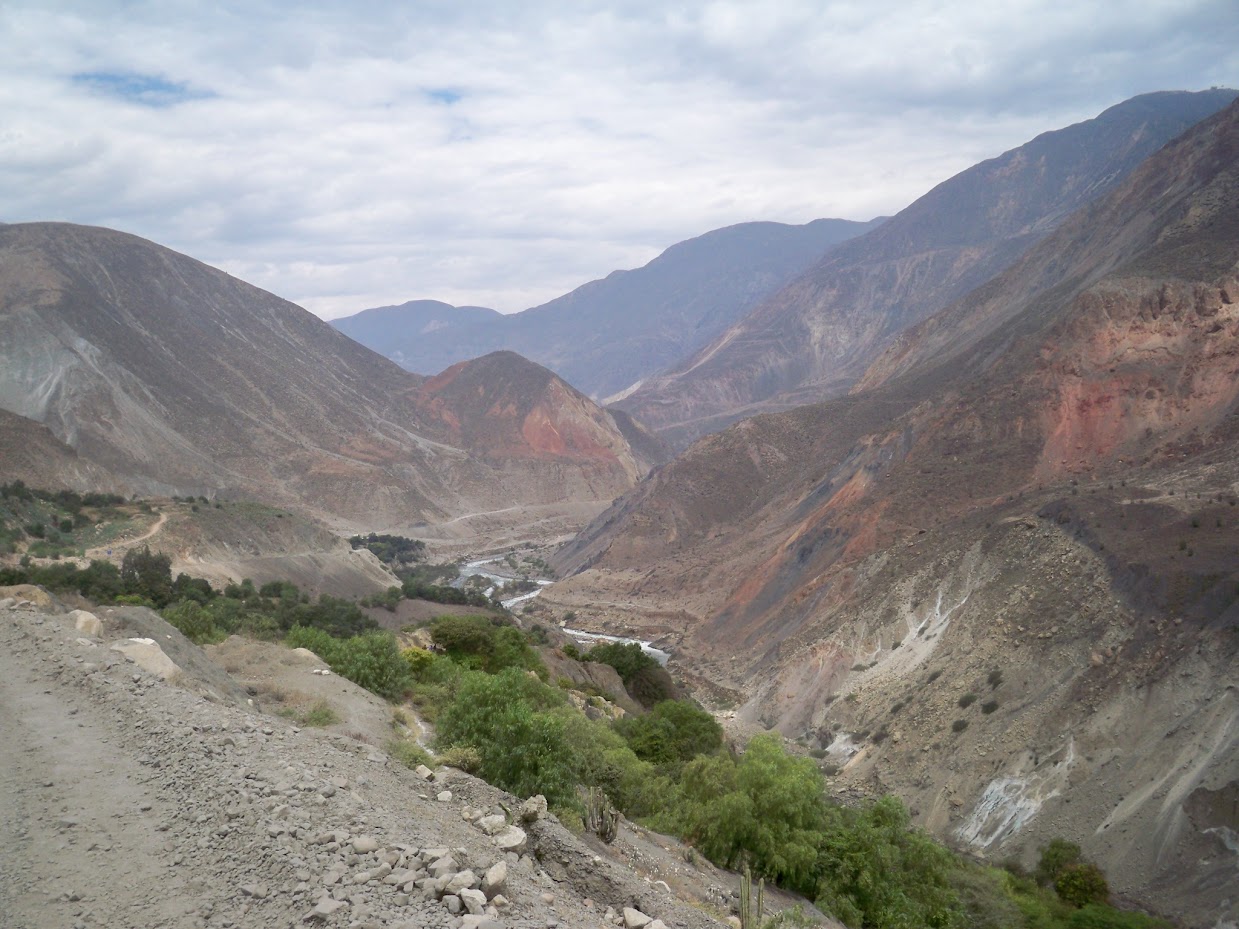 Sorting out my inner tubes has been added to the list of things I need to do to the bike when I get a few days free! 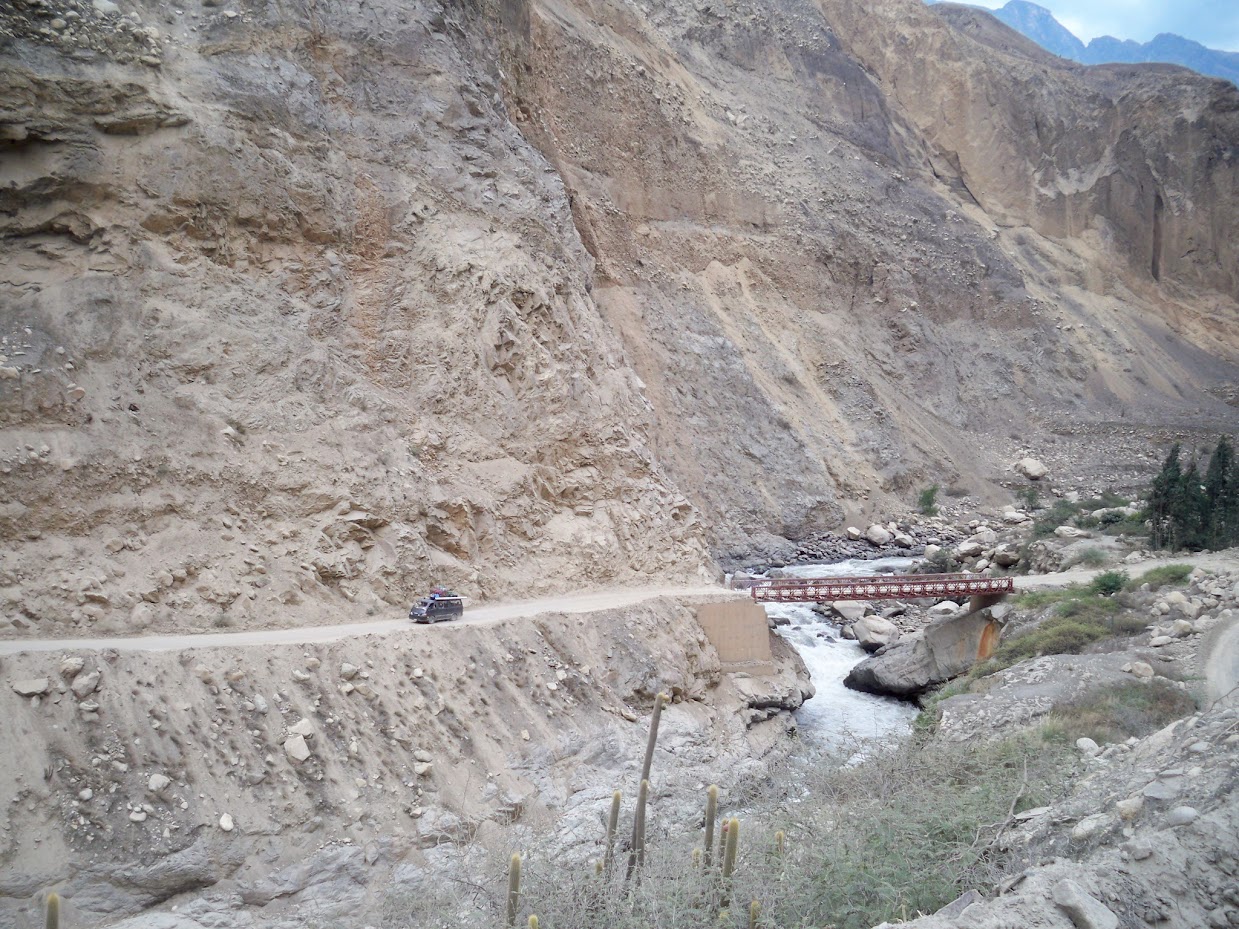 Should I stay or should I go?

Soon came a stiff 5km ride up to the town of Yaramarca, where things eased a little, although the overall theme was of uphill. At 15.00, and 14 km later, I reached the town of Huallanca, where it would have been ideal to stop.

Fate was not to help me out though. Two places were full, and the remaining hostal wanted silly money for a basic room. A bit low on cash, and unsure when the next ATM machine would come along, I decided to press on.

This was not particularly well judged on my part. A tough uphill section began, winding its way up past the Duke Electric Company facilities, and into the beginning of a section called the Canon del Pato, or canyon of ducks. 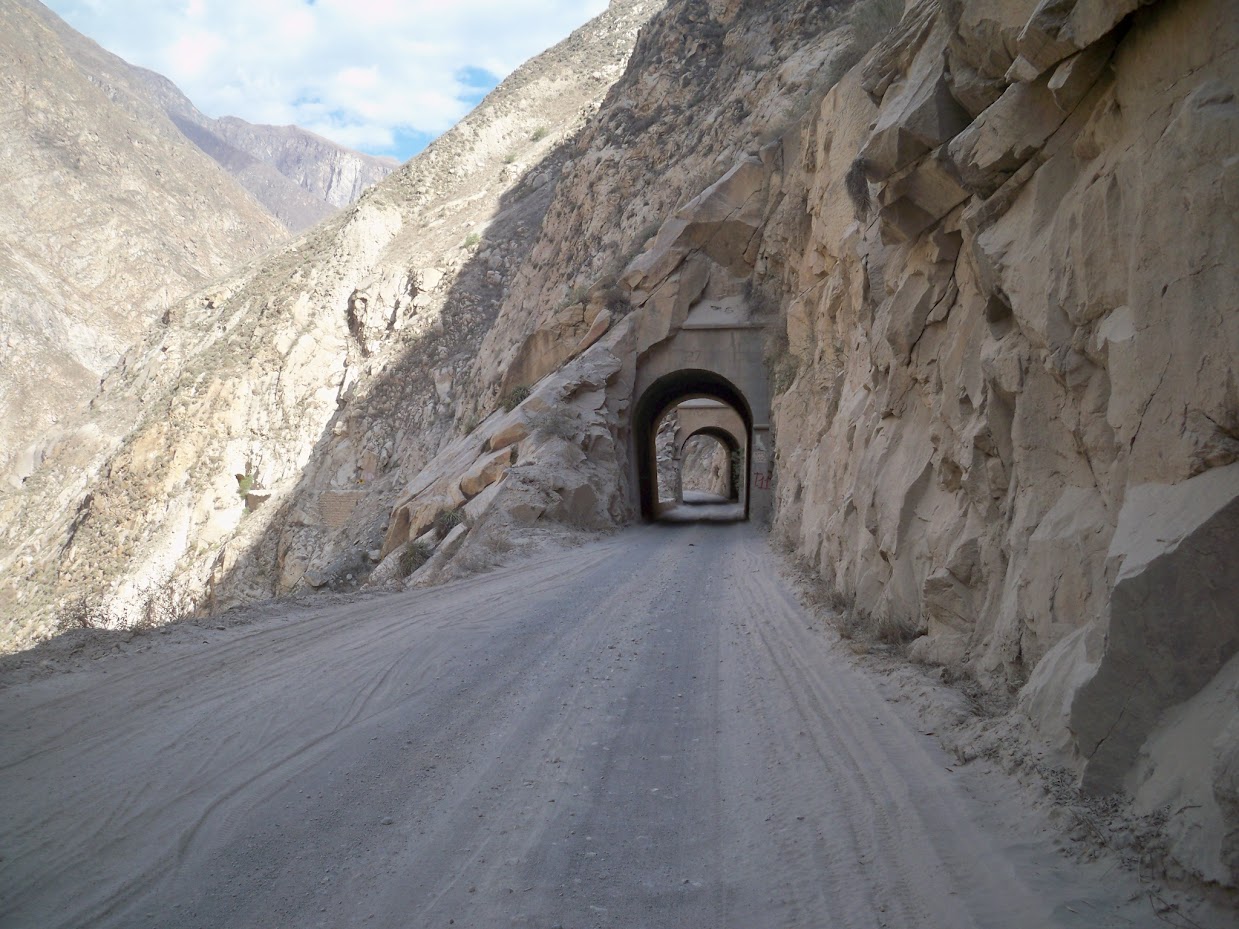 Should have been renamed the Canon sin Pato, as I didn’t see any! 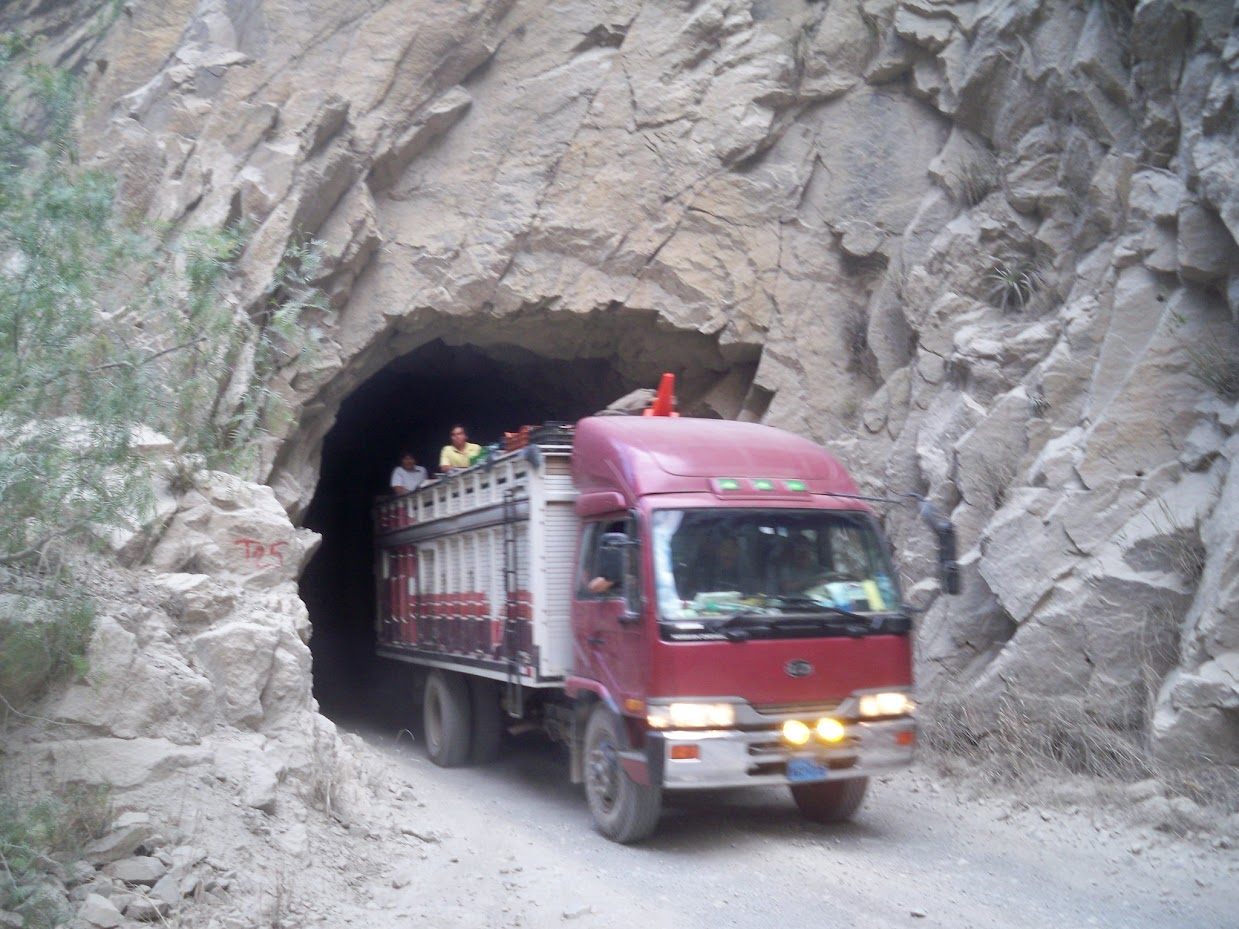 This section of road is noted for the tunnels, numbering 35 (ish) in all which stretch through a 10 km distance. Of varying lengths, they were quite fun to cycle through, especially without lights (kids, don’t try that at home).

Quite nerve racking when you meet a bus midway through the longest one, and you are not sure if it has seen you or not!

It was getting quite late at this point, and although a paved road started just after the tunnels had finished, I stood no chance to get to Caraz.

Finding somewhere reasonably out of the way, I pushed my bike out of view of the road, and called it a day.