Cycling through the lesser visited parts of Peru was a real highlight of my Alaska to Argentina bike tour. This blog post covers the day's ride from Santiago de Chuco to Angasmarca. 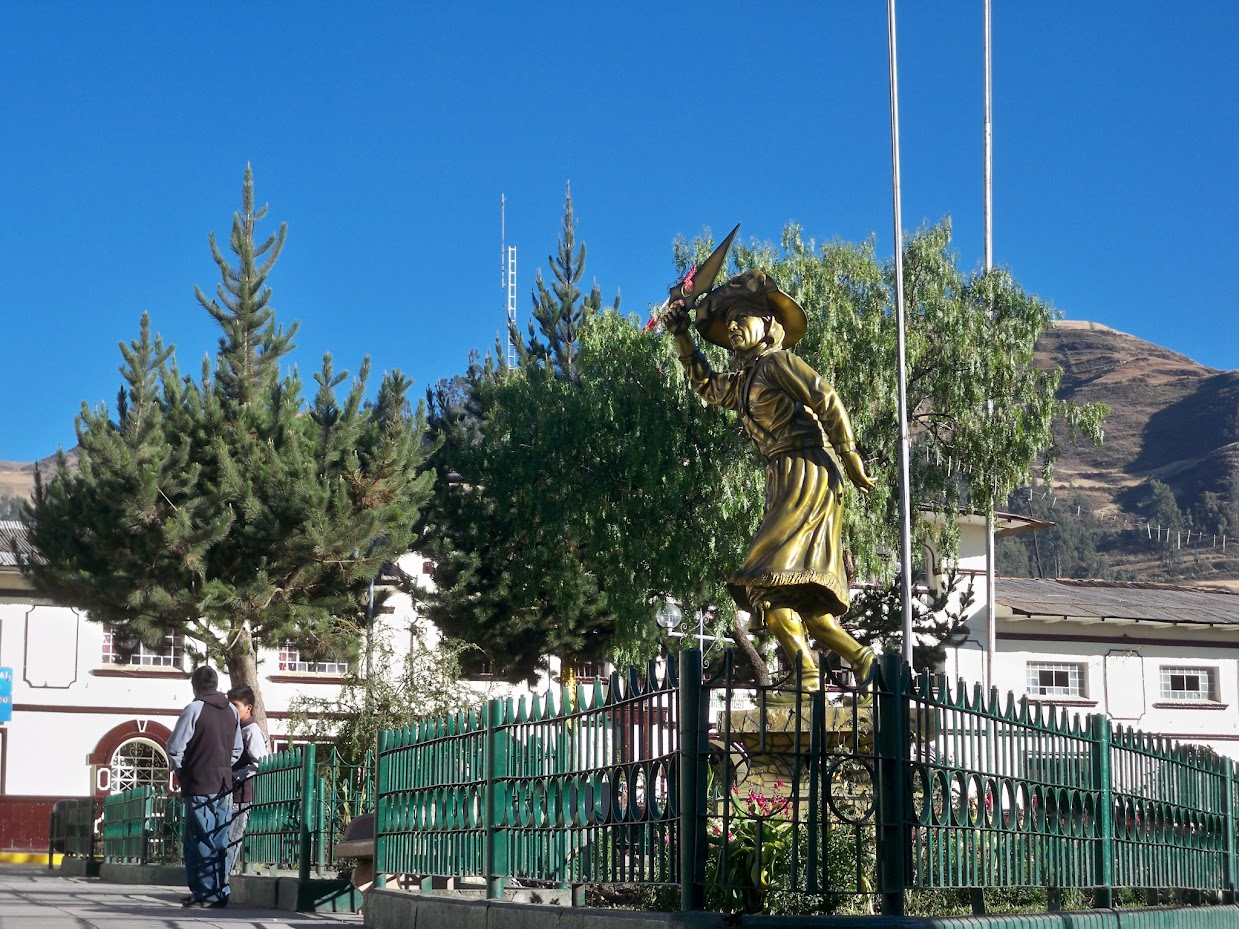 The Ups and Downs of Cycling in Peru

Blog post written August 6th 2010 as part of my bike tour from Alaska to Argentina.

Leaving Santiago, it was back on to the unsealed road once more. 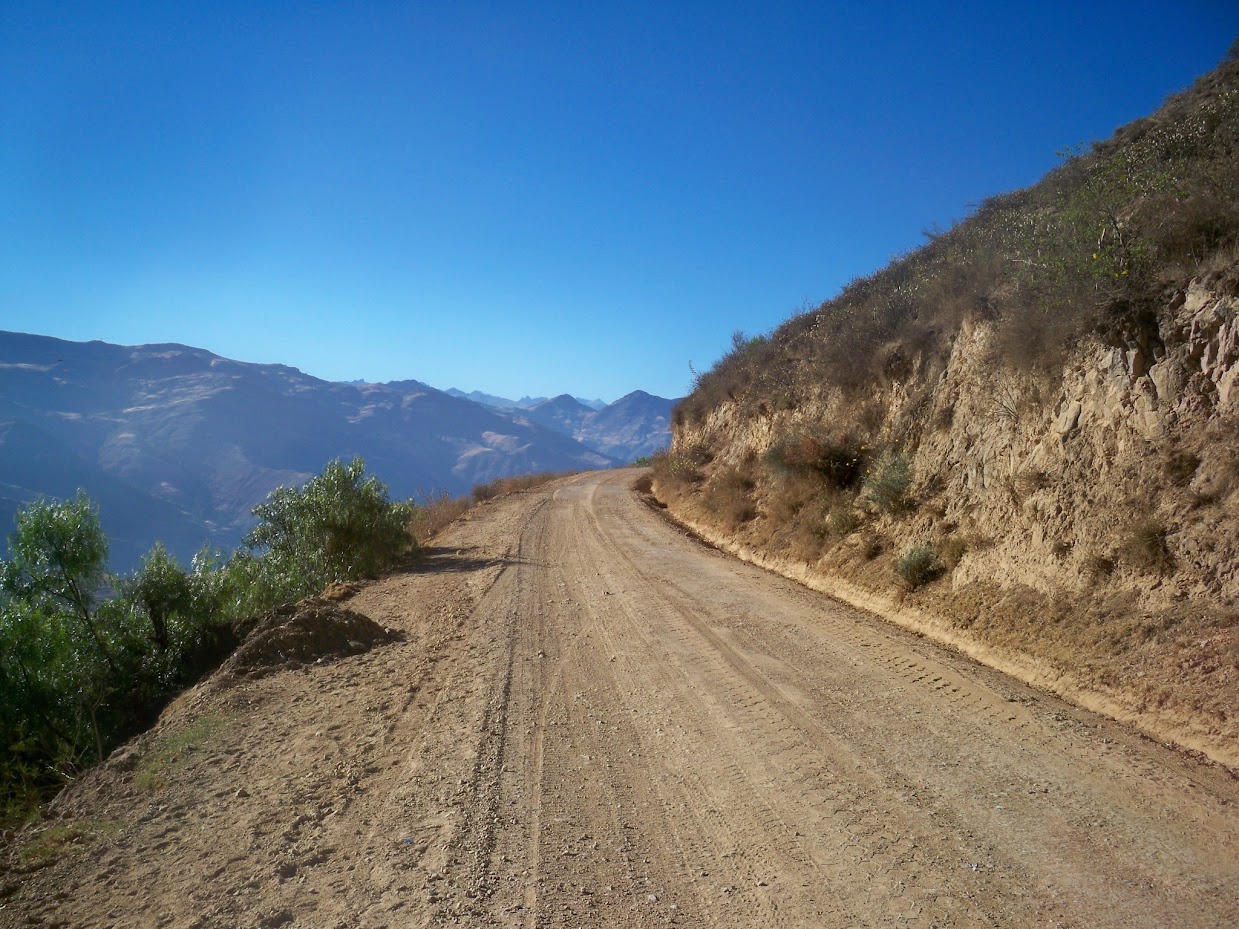 Initially, it was in great condition, and what made the early morning even better, was that the road was rolling gently, but in a general downhill manner. 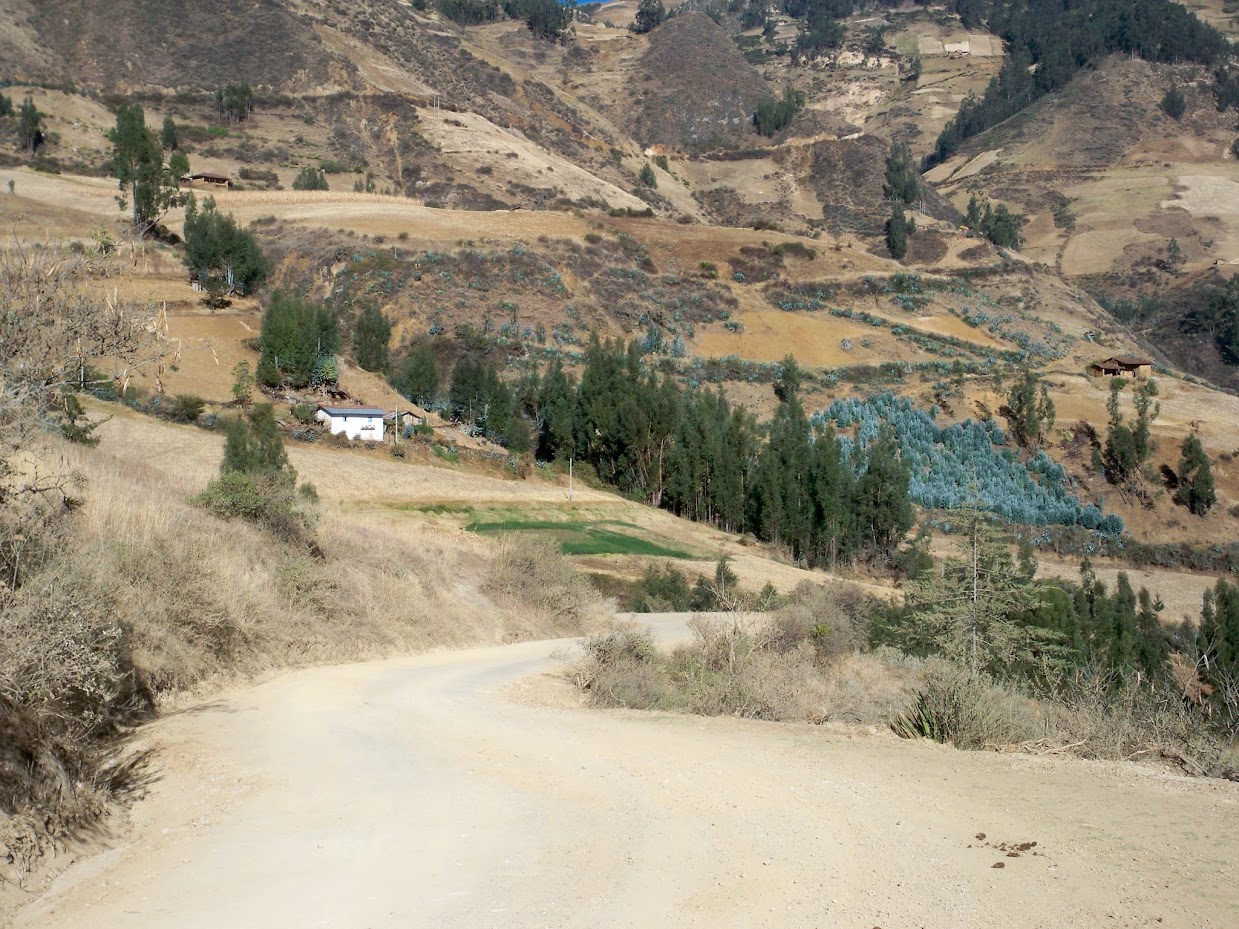 Looking over to my right, I could see a town on the other side of a deep valley, and something inside told me that I would be heading for this town. 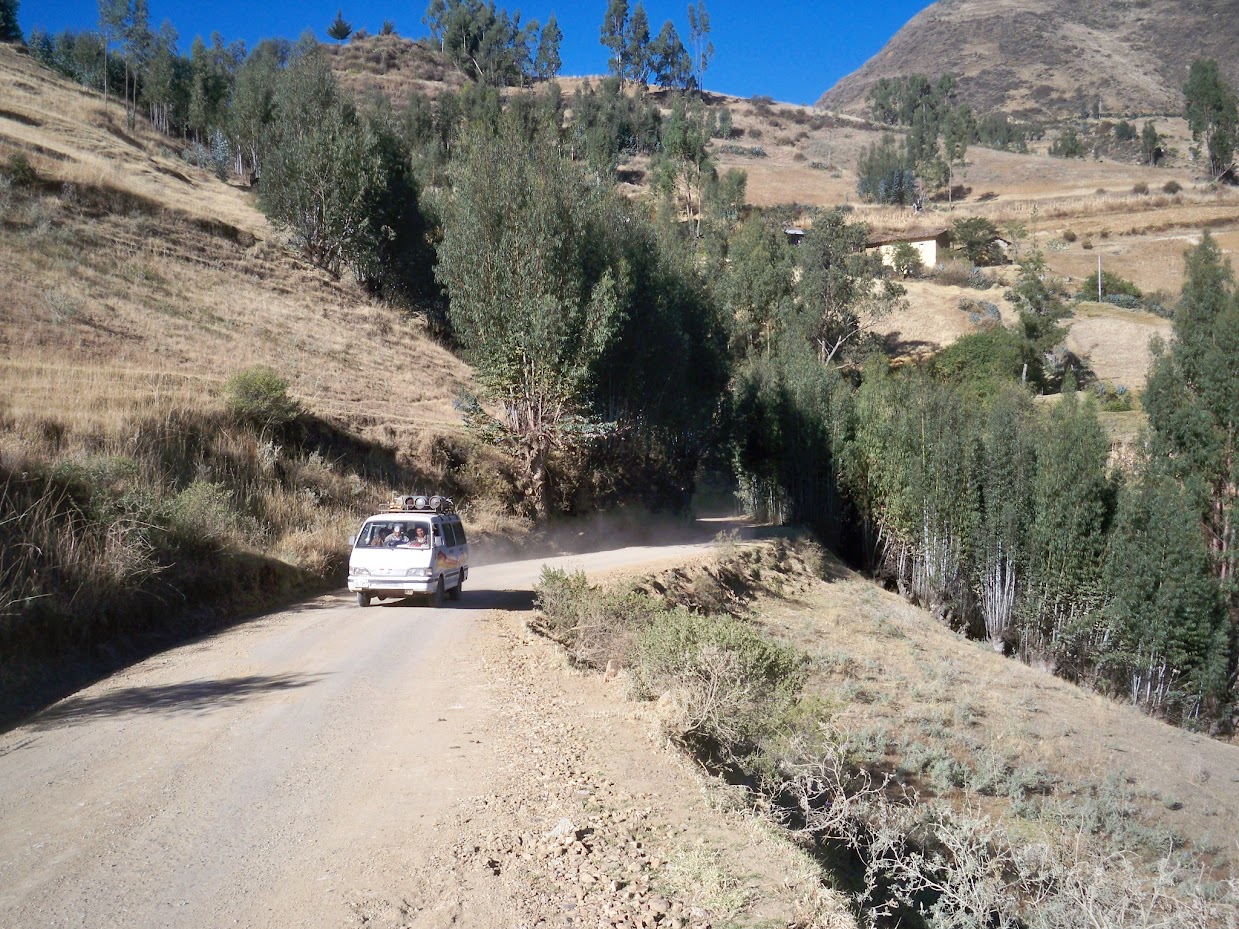 The only problem was, that there was no he suspension bridge – If there had have been, I would have been there within ten minutes.

No, instead I cycled downhill on my side of the valley, and when reaching the bottom, crossed a small river, and headed back uphill again. 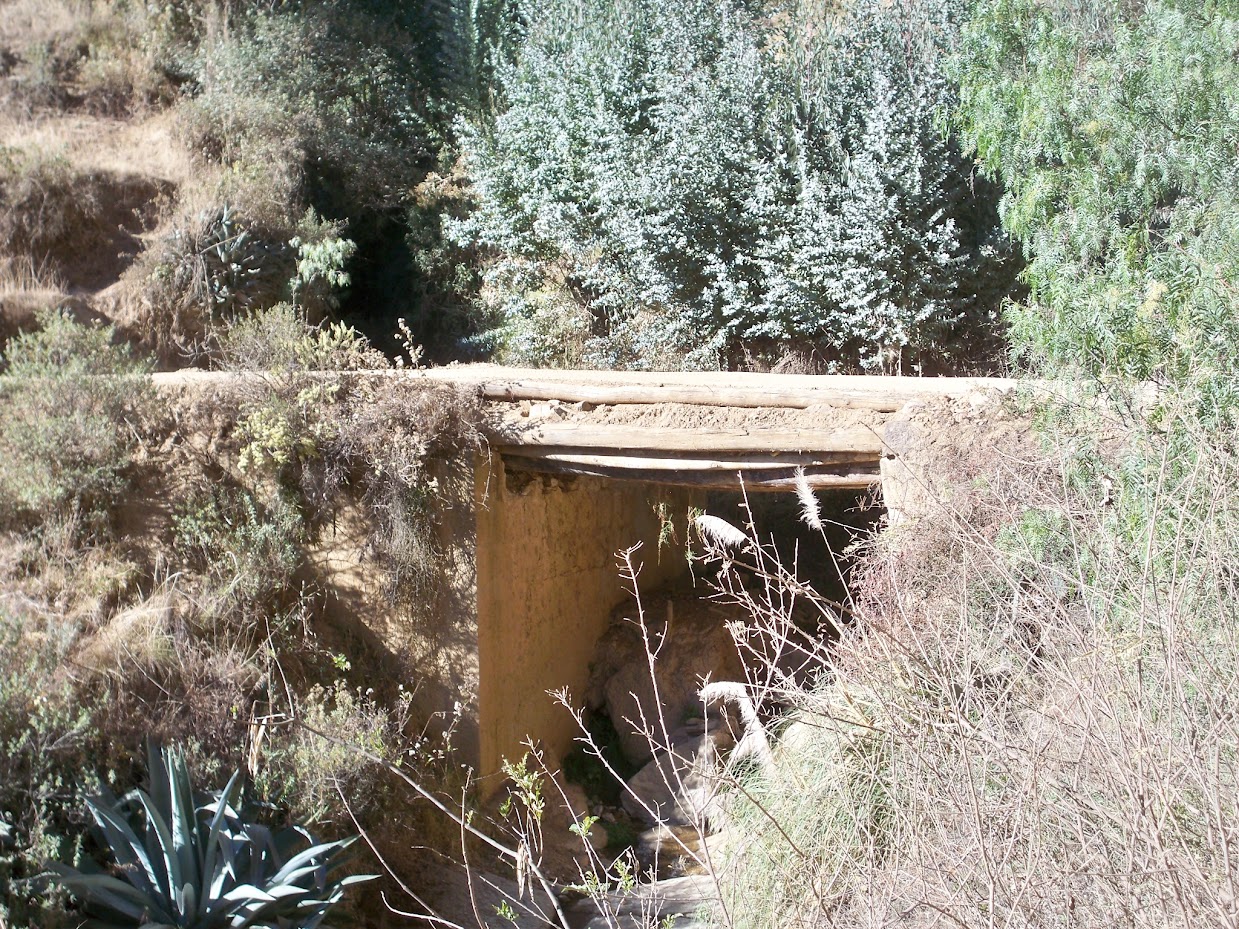 That said, Peruvian bridge building in these parts consists of a few logs and layers of rock and dirt. The Incas would have been ashamed !

What Am I Doing Here?

Two hours later, I was in that town I had spotted, having detoured hugely where the as-the-crow-flies route would have been ten minutes.

The town's name was Chachicadan, which has a thermal pool fed from a nearby volcano. I was more interested in a brunch, however, and the caldo with a cup of coffee did nicely.

Leaving Cachicadan, the road turned, and remained, quite terrible, with rocks, boulders, stones, gravel and inches of dust littering the uneven way. 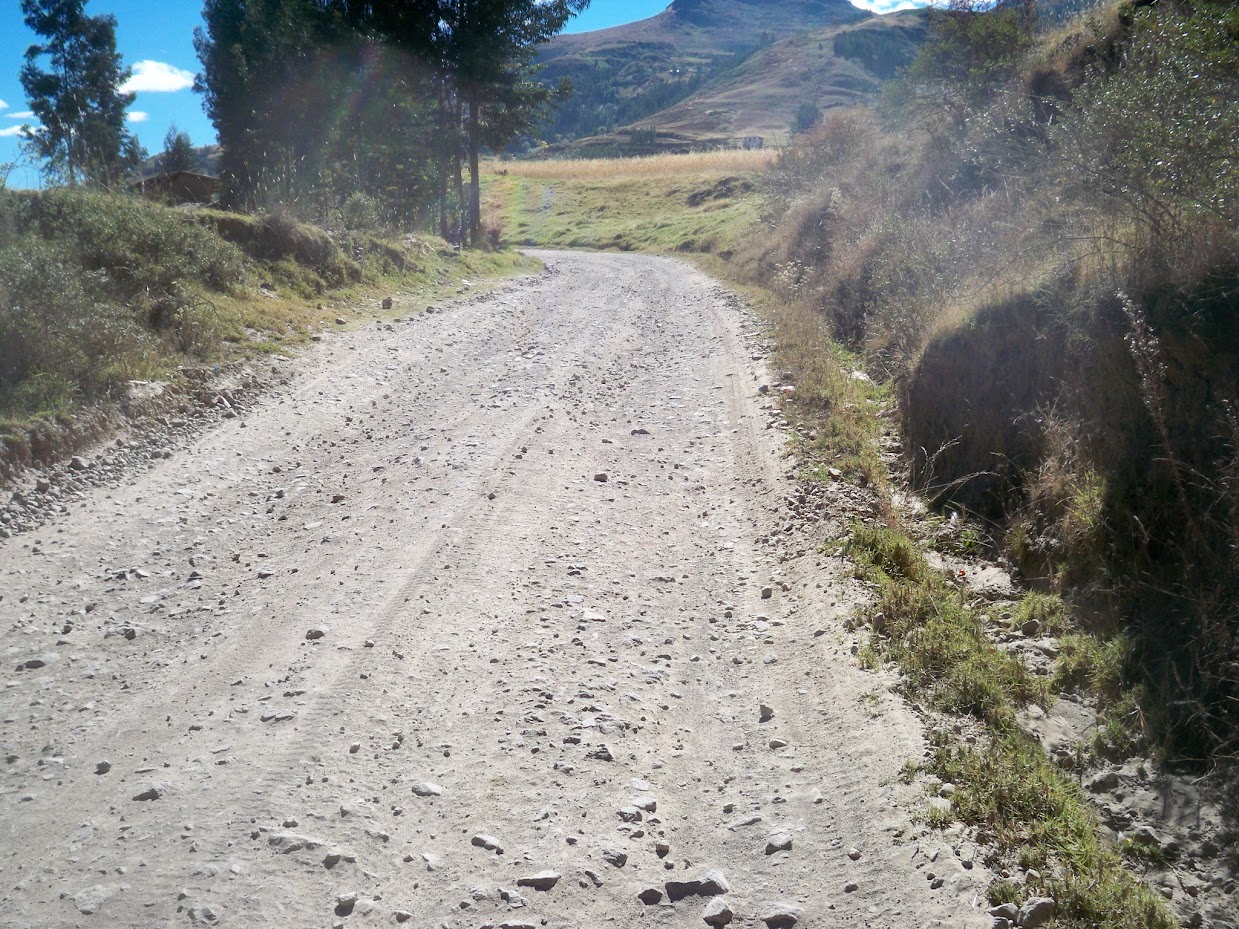 Actually this was one of the tamer sections. I must confess to having a “What the fuck am I doing” moment, but that’s what the I-Not and Rammstein are there for!

A two and a half hour uphill cycle along this poor unsealed road eventually brought me to the peak, and below me, I could see a town way down low.

Cycling down to Angasmarca, Peru 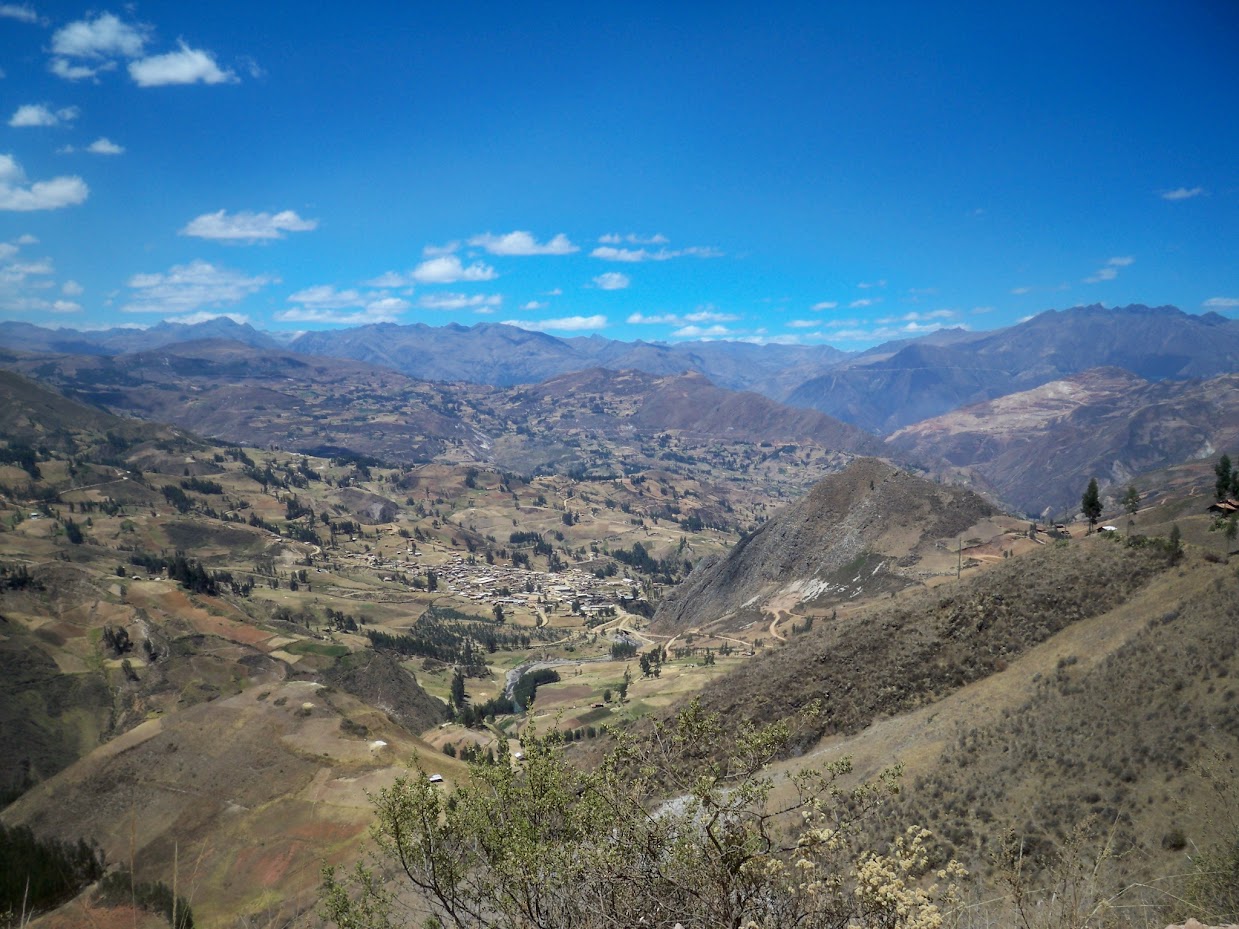 Looking down onto Angasmarca, the descent could have been a fun filled one, had the road not been in shit state, so instead, it turned out to be a ball crushing, arse numbing, headache inducing, hand jarring bumpy downhill section that saw me go not much faster than I had been pedalling uphill. 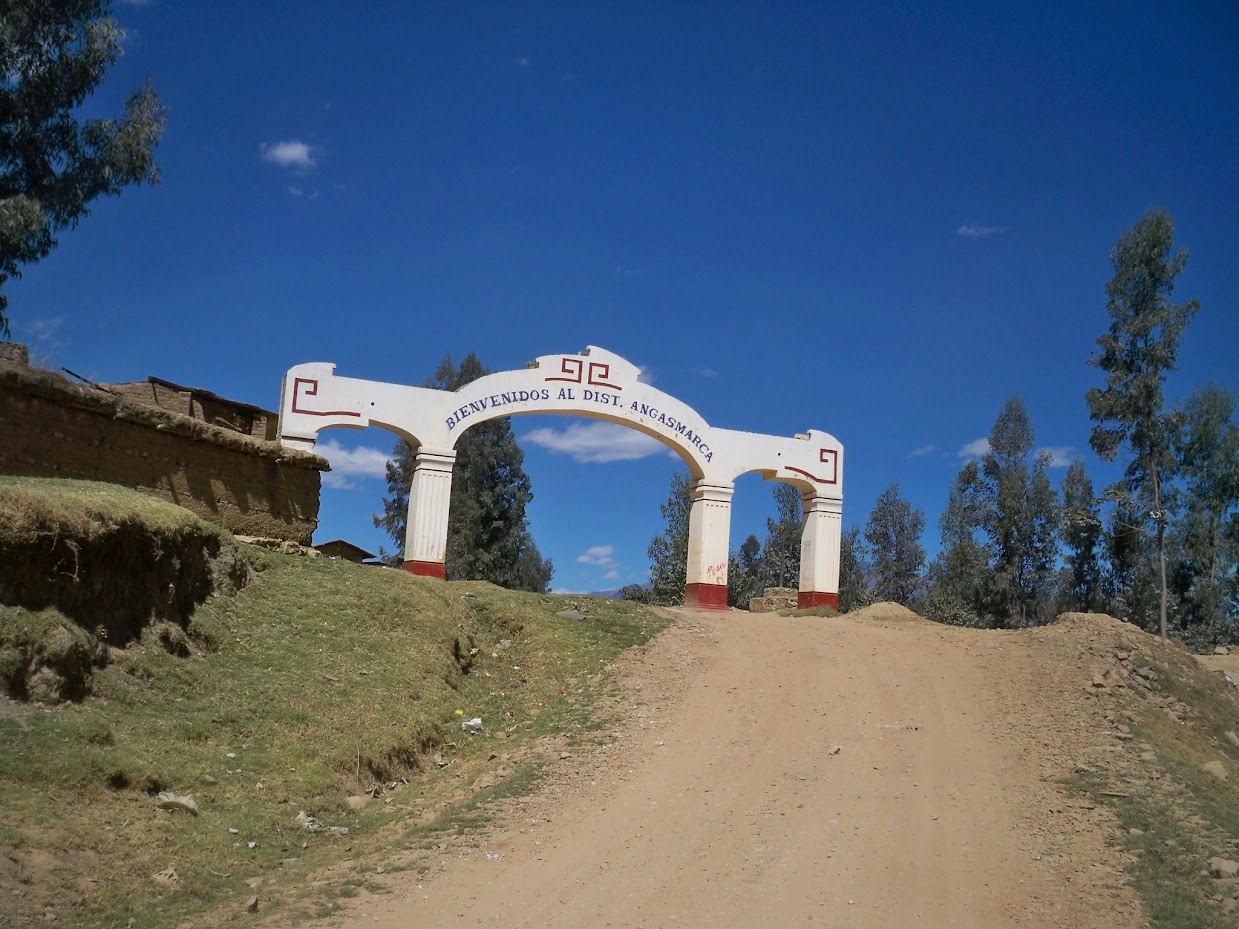 Eventually, I arrived at the town of Angasmarca, whose charm lay in just how dusty the entire place was. There was a cheapy place to stay, so it being 14.00 I called it a day.

I hope to get to the town of Mollepata tomorrow, where I will see if the river road is viable. If it is, it will knock two days off my journey to Huaraz.