Continuing my bike tour through Peru as part of my Alaska to Argentina journey, on this day, I cycled from Shorey to Santiago de Chuco. 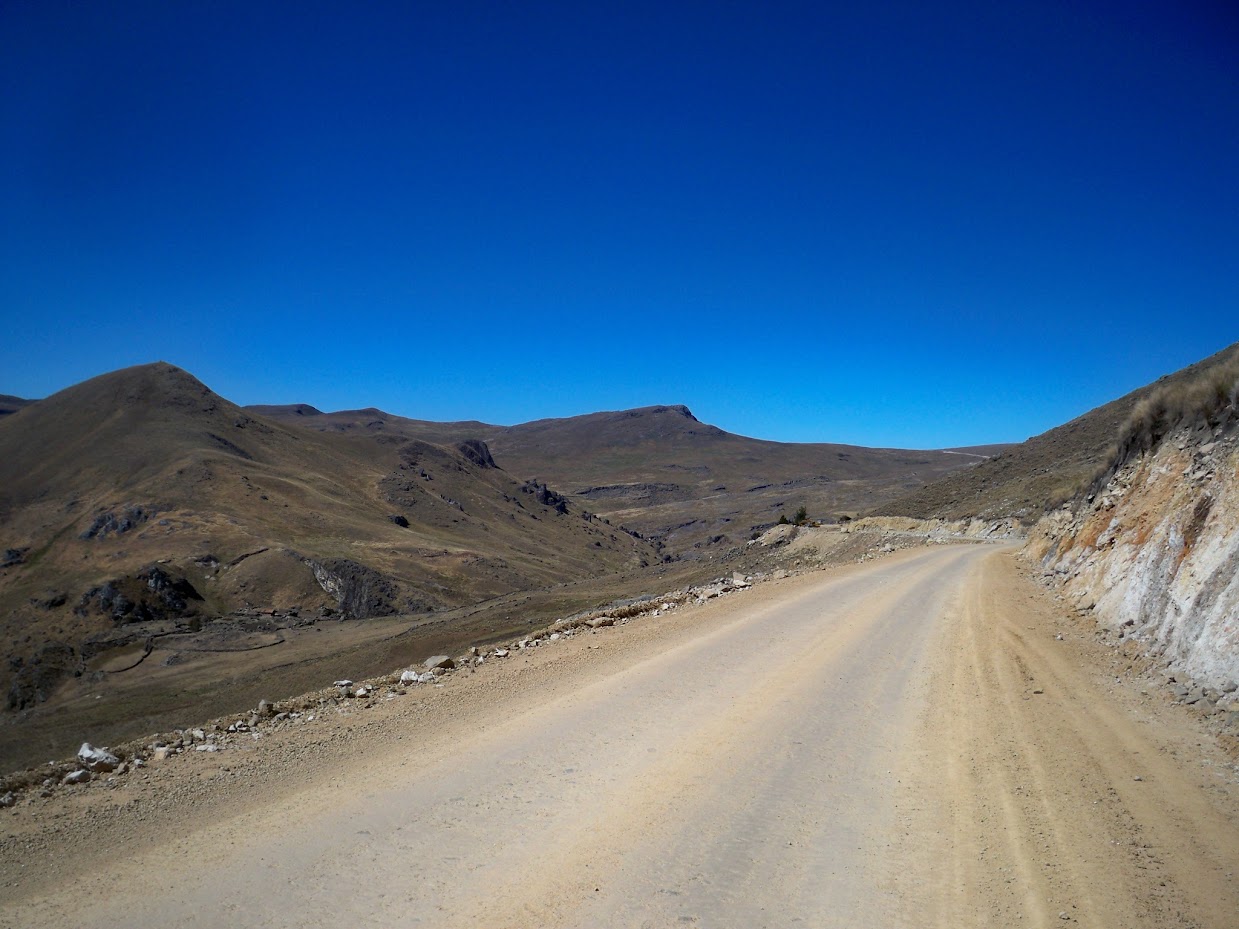 A cold start to the day

I had a great night's sleep, buried in my sleeping bag and underneath another three blankets. Very tempting not to get up at all and brave the cold, but these things have to be done.

I assumed that I must have a nice downhill at some point today, but to start off with, it was a pedal back up to the 4000 metre high mark. 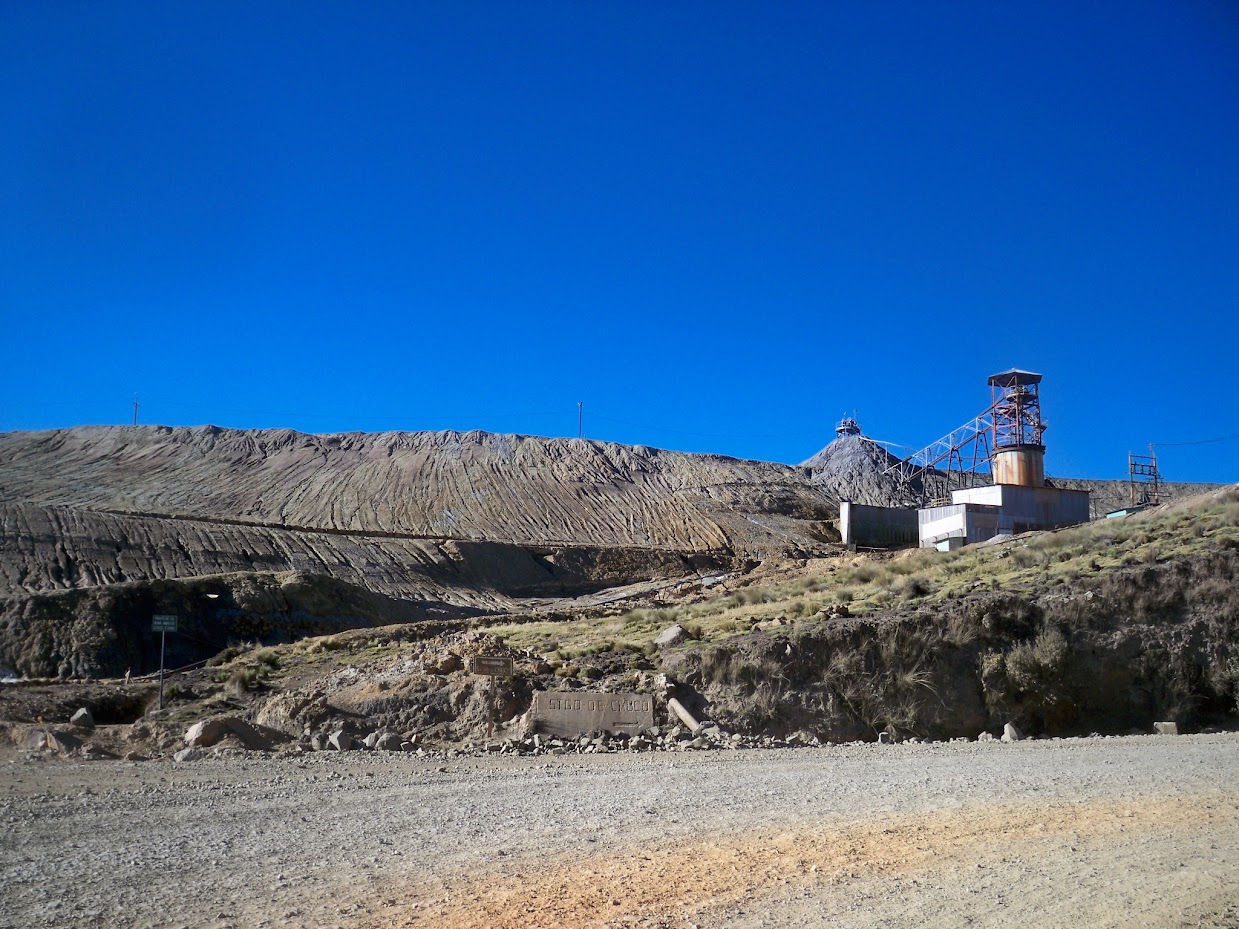 Along the way, I passed by several mining facilities. Peru is rich in natural resources such as gold and silver. 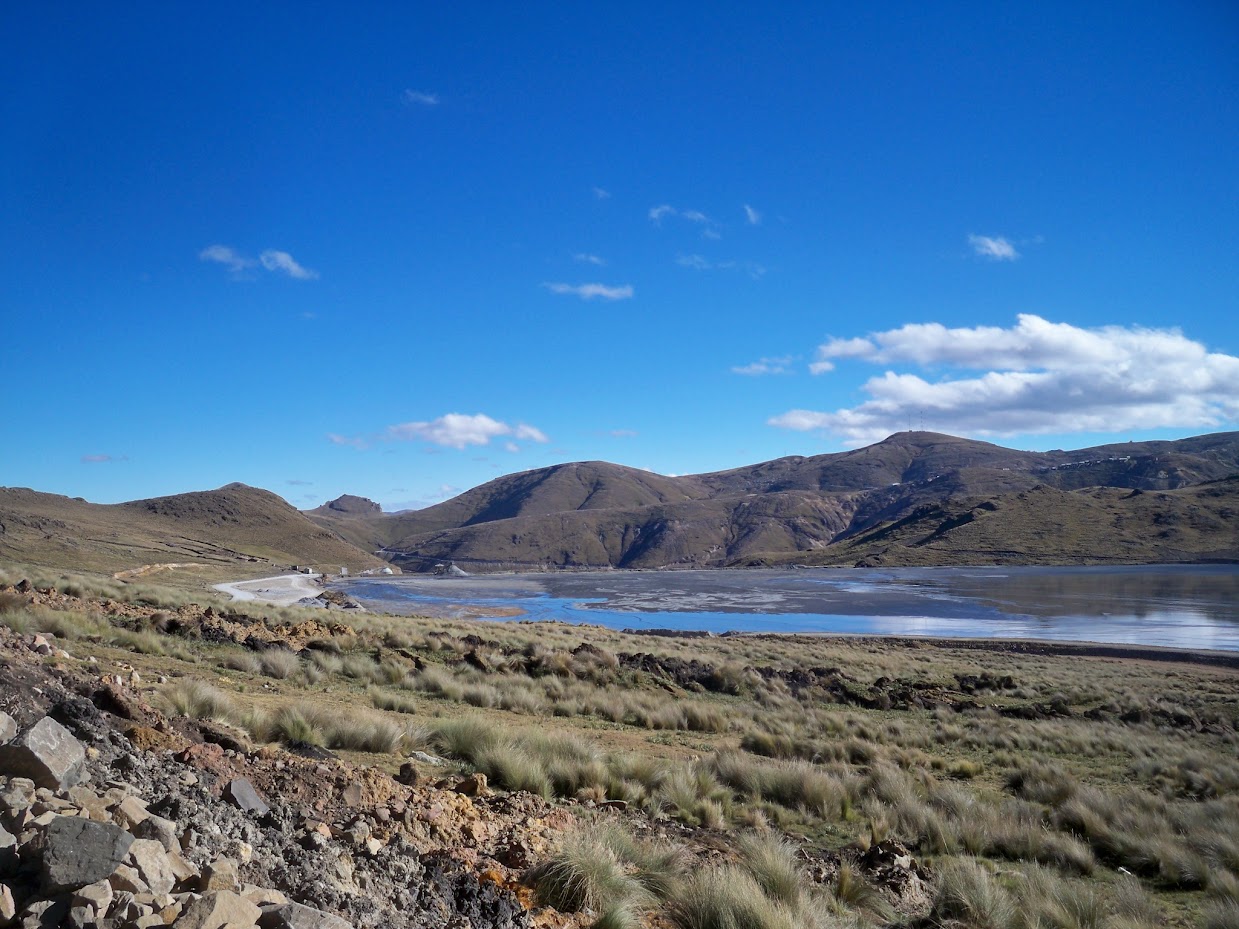 Just such a shame that nature has to be destroyed to get at it all. This laguna was all but drained dry.

On the whole, the unsealed road was in good condition, although there were still plenty of bumpy sections to keep me awake! At the 4000 metre level, I reached  another plateau, which sadly was of a rolling nature rather than flat. 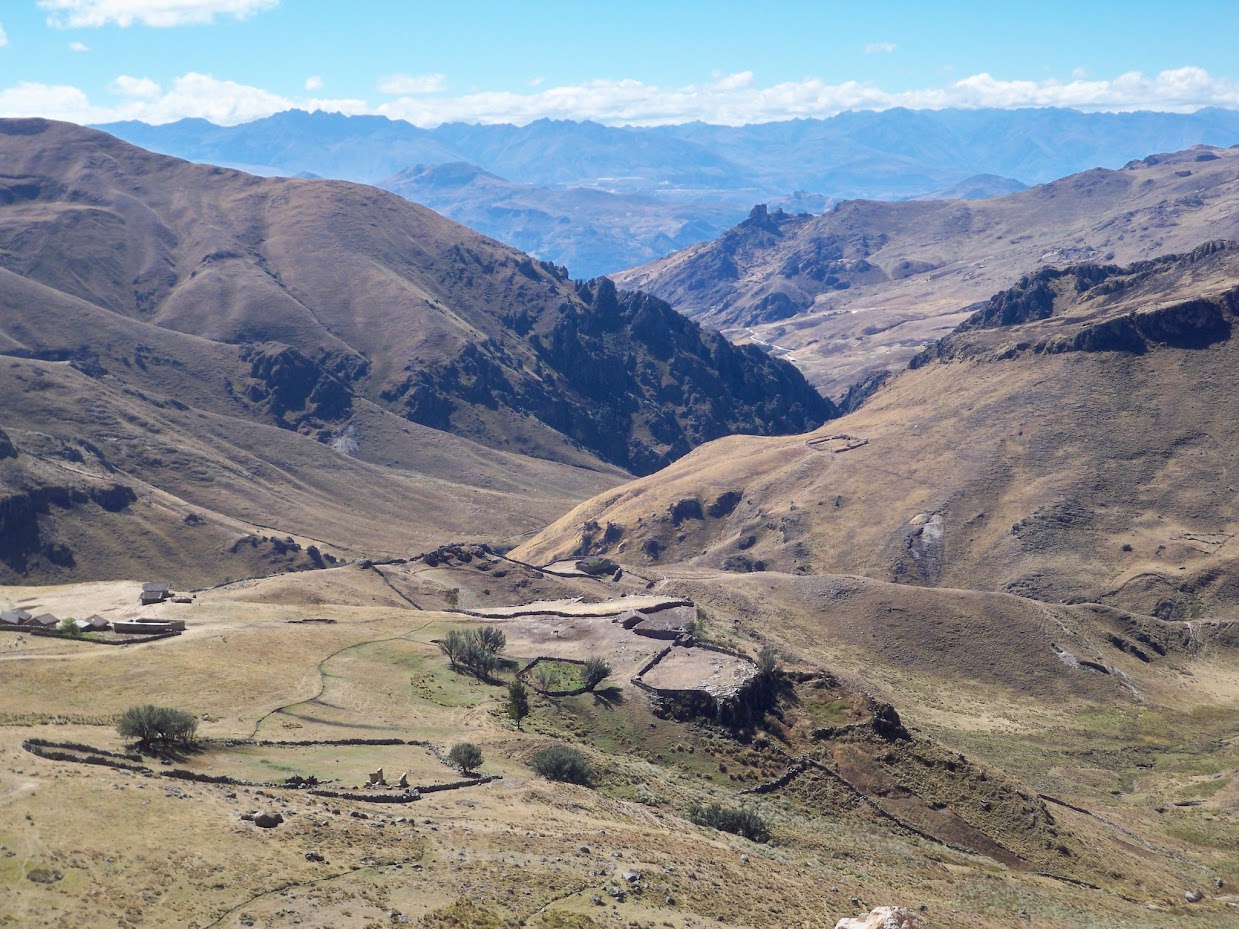 Nothing higher than tufts of grass grew at this height, although some brave folks still managed to craft a living from the windswept landscape by herding sheep, cows and llamas. The houses are to the left.

Eventually, I came to the long awaited downhill section, and it was quite noticeable how at different heights both the landscape and the farms which dotted around it changed.

The downhill section was a good test of the brakes, which I had to apply almost constantly giving me cramped hands. 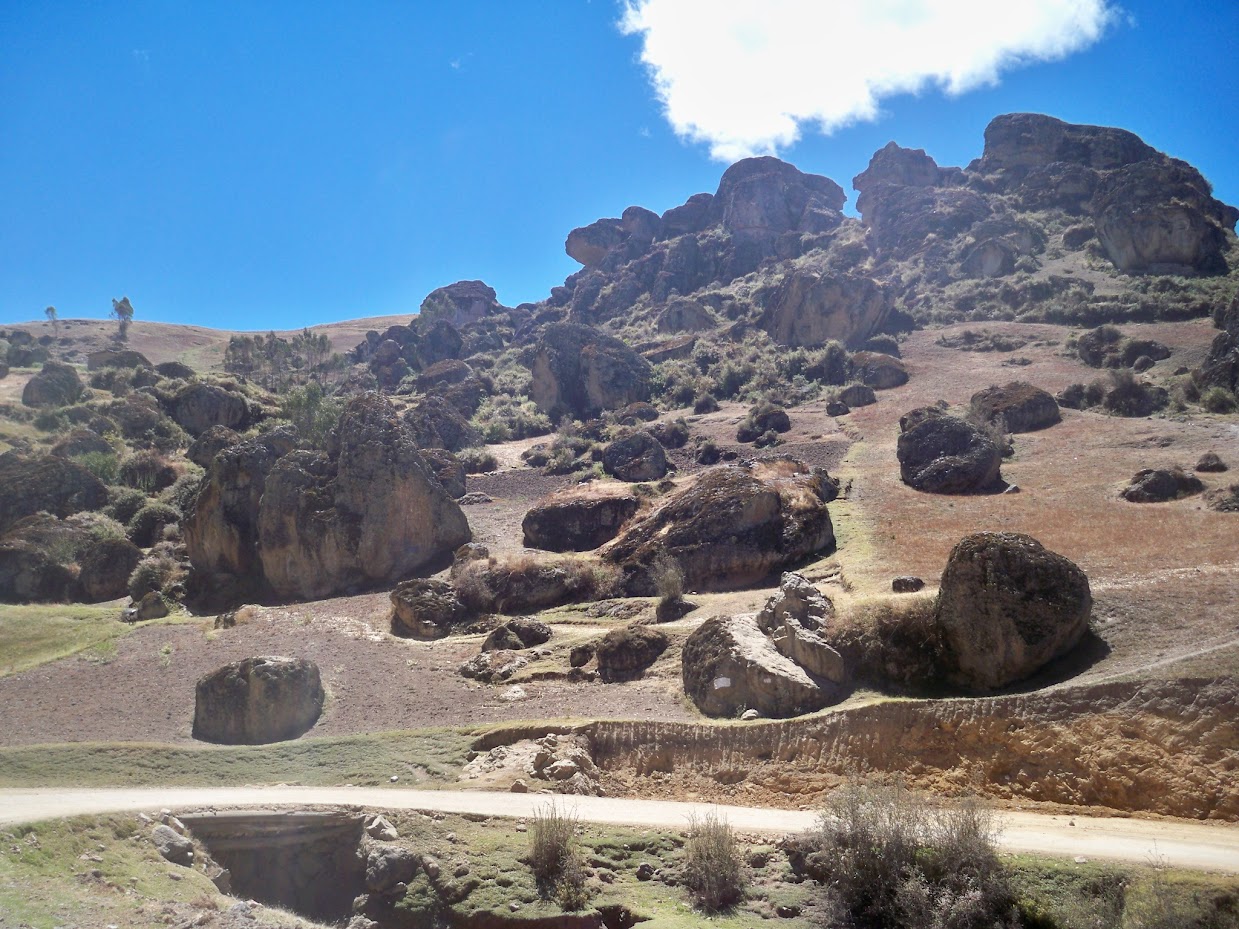 After perhaps a little more than 1000 metres height loss, I came to the town of Santiago de Chuco. I had intended to go on a little further today, but the altitude combined with the constant bumping up and down had given me a bit of a headache.

Time for a treat, which came in the form of the El Mirador hostal, which was more expensive than the usual places I stay in, although still under 8 pounds.

The place was nice enough, but I must admit to being a little disappointed in it. That said, the hot water was awesome, which is all that matters sometimes.

At night, I watched Catwoman in Spanish on the TV. Theoretically, this film should have been a box office smash. Halle Berry in near bondage gear, cracking a whip and strutting her stuff should have been a no-brainer. The director must have worked really hard to make it both suck and blow at the same time.