The stretch of cycling between El Rosario and San Agustin was a very tough one, with hot temperatures and little shade. Here's my travel blog from the day.

Is it hot cycling in Baja California?

Brutal. Absolutely brutal. Kilometre after kilometre of steep hill climbs and short descents in the scorching sun, with very few opportunities for shade. 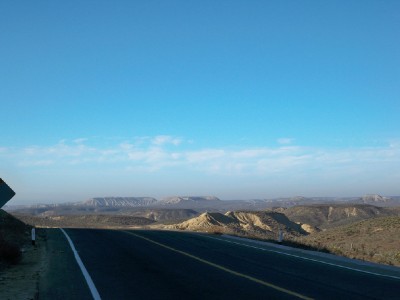 When I did eventually reach either a plateau or descended into a plain (I’m not sure which) at the final 25 kms of the day, a ferocious headwind picked up, sapping what little remaining energy I had left.

There were no settlements of any note along the 84 kms stretch I rode, apart from an isolated restaurant (loose description) where I stopped for lunch. 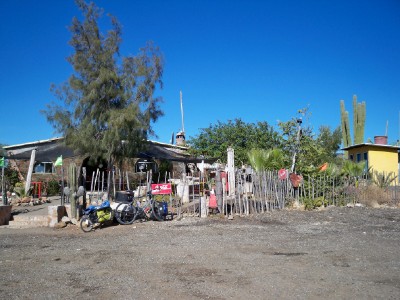 I’ve ridden in the heat before of course, but I’ve never known so much salt to cake my skin from evaporated sweat before.

In addition, my pee was bright yellow/orange for most of the day, which can’t be a good thing.

I was drinking plenty of water, but evidently it was not enough, and because it had gotten warm in the sun, it never seemed to quench my thirst. 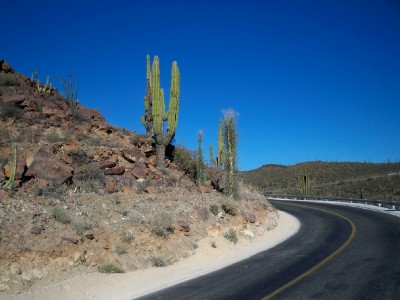 At around 16.00 I finally reached the small settlement of San Agustin, where the first building advertised itself as a café/trailer park. As they only wanted 15 pesos, and there was nowhere else, it was a no brainer really.

I had my second cooked meal of the day there, which made the pain I’d been through cycling for the previous 7 hours more bearable. I also came in under budget, which was a result!