Last Updated On October 14, 2018 by Dave Briggs Leave a Comment

After a stop off to get my bicycle looked at, it was time to begin cycling from Fort Bragg to Manchester along the Pacific Coast Highway. 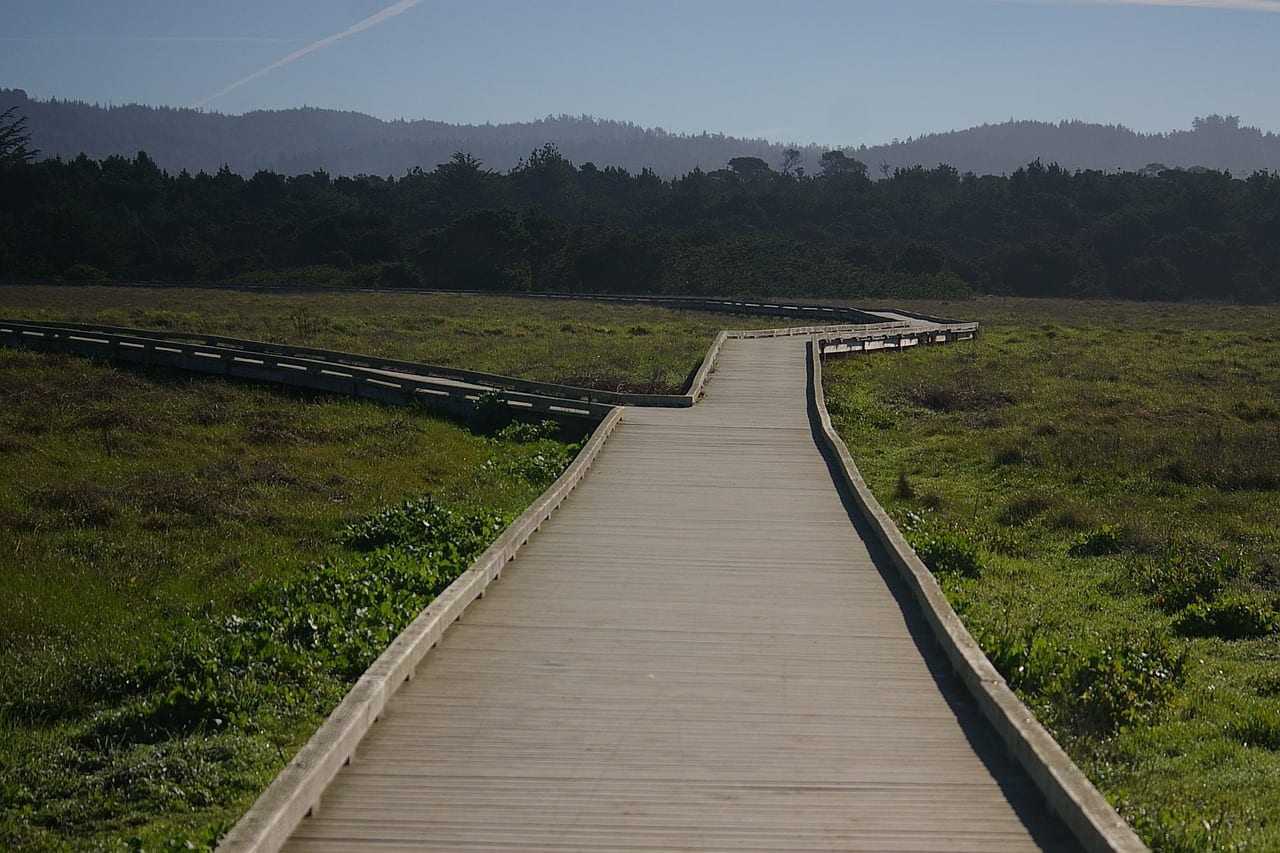 In Fort Bragg, I updated my website outside the library whilst waiting for the bicycle shop to open.

Even though I pre-write all my articles on my small netbook before hand, by the time I have uploaded and linked photos and videos, organised the order of articles, and jiggled things around, it's at least an hours job.

Next stop was the bike shop, where the guy changed my chain and brake pads. Thankfully the rest of the bike seemed fine, which was a huge relief. Then on to Safeways for a bit of a restocking before getting properly underway.

I seemed to be flying today, and covered the supposedly tough forty miles to Manchester in well under four hours. The commercial KOA campground was offering hiker/biker sites at 9 dollars, and as the Manchester State Park campground was rubbish, KOA it was.

I was soon joined by Mark, the Scottish cyclist, and Guy from Quebec. The KOA had a lot of facilities, so I managed to do three loads of washing (including my sleeping bag at long last), although I didn't have time to use the hot tub and pool which was gutting.

At night, I cooked dinner in the camp kitchen, and accidentally drank a bottle of wine whilst talking to Mark and Guy.