Several routes to cross America were available to me when cycling from Alaska to Argentina, but in the end, I decided on the Pacific Coast Bicycle Route.

A simple route to follow, it involved cycling along the Pacific Highway 101 and Highway 1.

Known as the PCH or Pacific Coast route, there is no cycling infrastructure such as bike lanes apart from when passing through some of the bigger cities.

This means you'll need to get used to traffic quickly, but compared to other parts of the world I've cycled it really wasn't that bad.

Perhaps one day there will be a dedicated Pacific Coast bike trail, who knows?!

I was riding the Pacific Coast Bike Route from north to south. Many cyclists (myself included) recommend this direction mainly due to being on the right side of prevailing winds.

There are some rolling hills of course, but the almost ever present reward of the Pacific Ocean in view!

Supplies are easy to come by, as is accommodation. You'll find plenty of both within a day's ride no matter where you are along the Pacific coastline.

Other cyclists bicycling the Pacific Coast

Although the lack of cycling infrastructure on the Pacific Coast Highway was a real shame, there was one awesome bonus. Other cyclists! 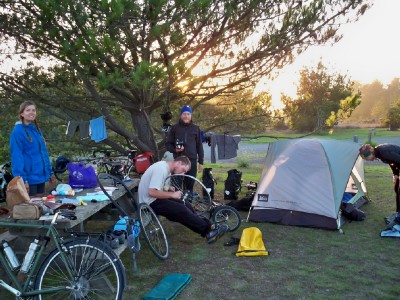 This is a popular route with cyclists, whether attempting a trans-American cycle tour or simply out for a weekend tour between towns.

It was a rare day when other cyclists weren't encountered, even if it was just waving as they cycled in the opposite direction.

This is because the Canada to Mexico bike ride is a nice one that can be completed in just a few weeks. Or in sections.

Which direction to cycle the Pacific Coast Route

As I was cycling from Alaska to Argentina, there was only really ever one direction I could cycle in!

For people planning to cycle just shorter sections of the Pacific Coast Route though, I am led to believe that North to South is the best way due to prevalent wind directions.

When to cycle the Pacific Coast Route

This classic bike touring route down the west coast of America can be cycled at any time of year.

Some months are better than others though, and the general consensus is that spring and autumn are the best times to go biking the Pacific Coast Route. 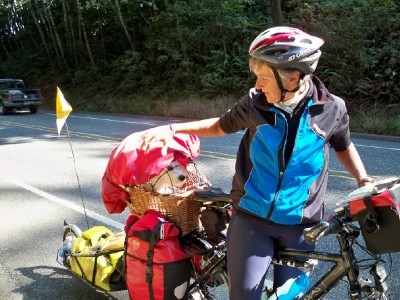 Whilst summer is good for weather, there is more traffic on the roads, and some campsites can fill up rather quickly.

That said, one person on a bicycle is rarely turned away even when campsites do say they are full.

Where to camp on the Pacific Coast Highway

The Pacific Coast Highway is home to something of a Holy Grail for cyclists – the Hiker/Biker sites! At least, that used to be the case.

Now, I am led to believe that some of the campgrounds may have reduced or stopped hiker/biker sites due to budgetary cuts.

It never hurts to ask though when you rock up at a campground – Some kind soul might give you a discount! 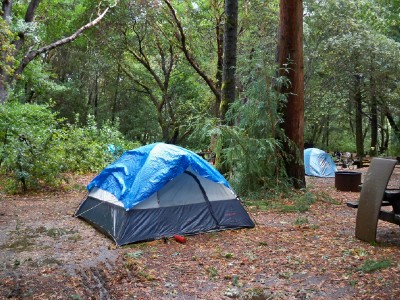 You might want to check out: Sur BnB Guide: Where to stay in Big Sur Hotels, AirBnB, Camping

There's plenty of food and drink to be sourced all along the route, so unless buying in bulk because you are on a budget, there's no need to stock up with bike touring food for days and days!

The only long section where services were sparse was just south of Big Sur, but even here, cyclists prepared for the day ahead will have no concerns.

If you are planning on biking the Pacific Coast Highway, you might find the following resources useful (via Amazon):

My blog posts from cycling the Pacific Coast Highway

I wrote a blog post a day when biking the Pacific Coast Highway, and I've listed them below. Hopefully they should give you a feel for what this bike tour was about!

To navigate to the next and previous blog post, look at the end of each article.

FAQ About Cycling the PCH

Planning on cycling the Pacific Coast Route? These commonly asked questions and answers might be useful to know.

Can you bike on PCH?

Yes, you can cycle along the Pacific Coast Highway in the United States. Keep in mind there are no dedicated cycling lanes (yet!), and diversions may occur if bridges or roads are out.

How long does it take to cycle the Pacific Coast?

The PCH can be cycled in a reasonably comfortable 40-50 days, doing an average of 50 mile days. Fitter cyclists who prefer to ride longer distances can cover the distance in much less time.

Is it better to cycle from the north or south on the PCH?

Most cyclists recommend cycling from the North to the South along the Pacific Coast Highway in order to enjoy the coastal views during specific sections, and to take advantage (or avoid) prevailing wind directions.

Cycling by the Pacific Ocean

I chose the Pacific Coast Highway for the USA section of my bicycle tour from Alaska to Argentina. Although it involved cycling with traffic, I found this route enjoyable and a good way to see America by bike in the time that I had. There are plenty of other cyclists who travel along this coastal highway as well which is always fun when you encounter them on your journey.

Want to come back to this bike touring blog and read the articles later? Just pin the image below to one of your boards! Have any questions? Leave a comment below. 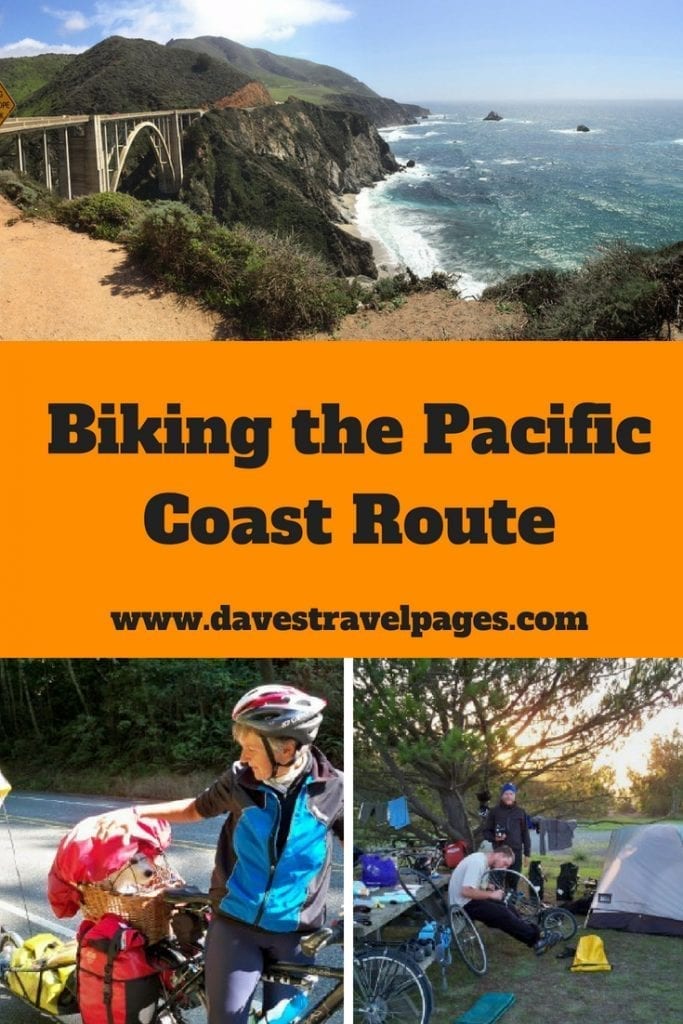