The main reason for my visit to Honduras in 2005, was to visit the famous Copan Ruinas. Here's my Honduras travel blog post from my time there. 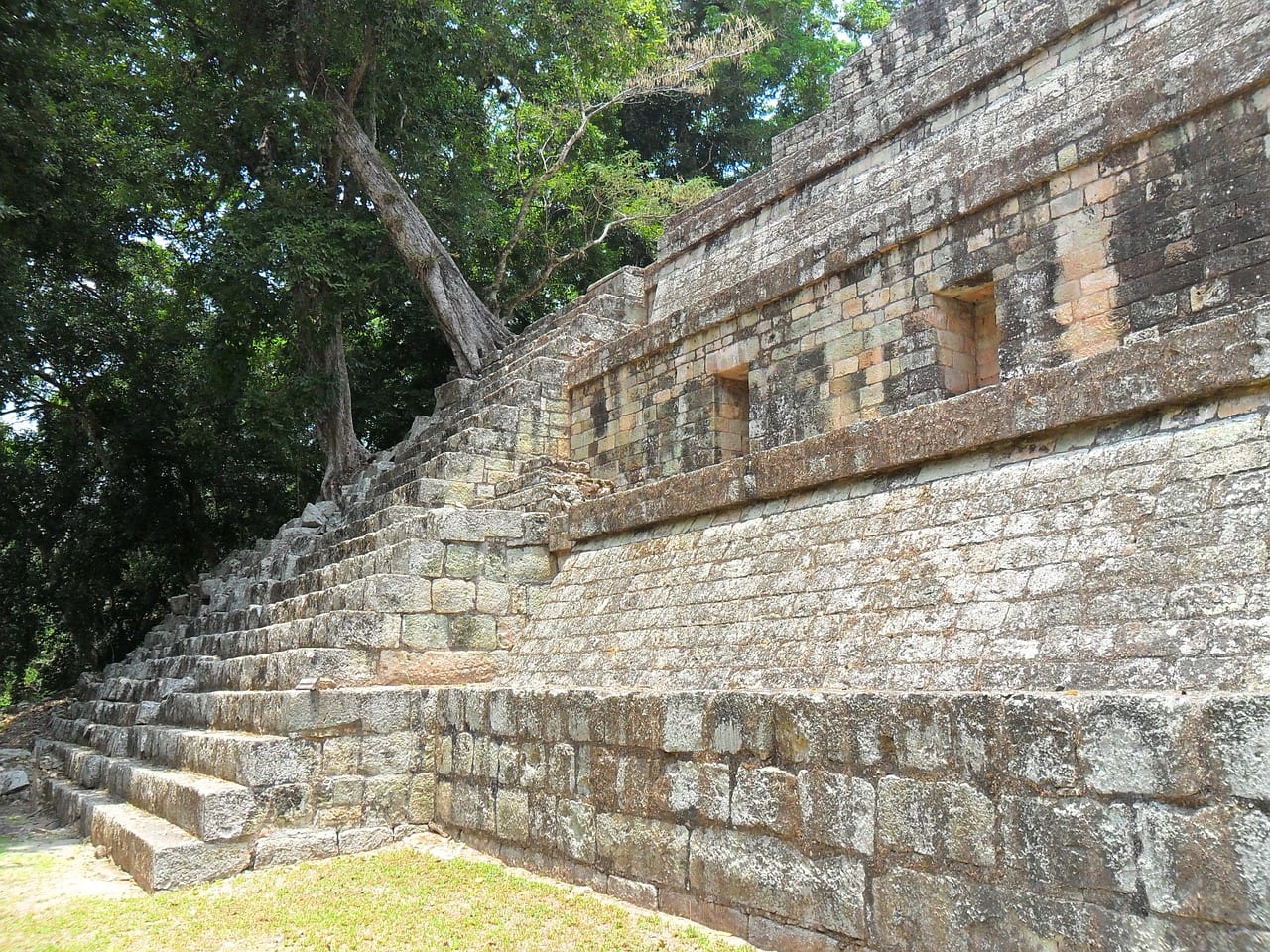 A note before I begin: This travel blog post was written in 2005. It was part of my backpacking trip through Central and South America. The blog post before this one was to do with backpacking in Guatemala.

I decided to go straight over to Copan in Honduras, rather than spend two days in Chiqumula, so after one night, I wandered over to where the bus station was, but got into a shared collectivo instead.

It was extremely cheap, but in typical form, it went (literally) around the houses first, and stopped inexplicably so that everybody could get off and then ten minutes later get back on again.

Eventually we reached the border, where I paid to leave Guatemala, paid to enter Honduras, walked five paces, and was in yet another country!… The stamps in the passport are looking fine right now!

I waited around for a while so that a collectivo could fill up with people, and then got dropped off in the town of Copan Ruinas.

Had a look at a couple of cheap places, but didn't really feel like staying in them, so booked into a slightly more expensive place than I'm used too and abused the credit card instead. 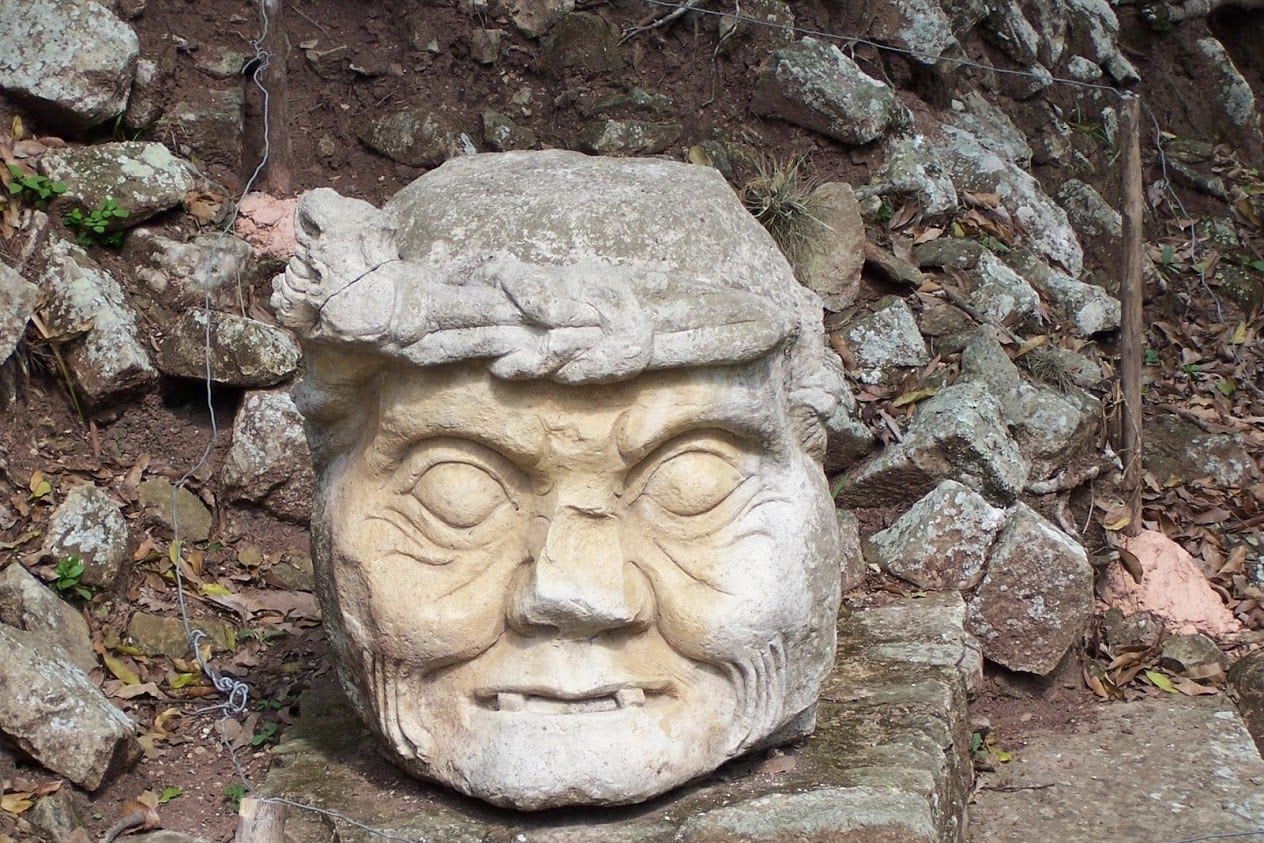 Got up early on Monday the 13th, and after my inclusive breakfast (gotta get ya moneys worth!) walked the one km to the site. 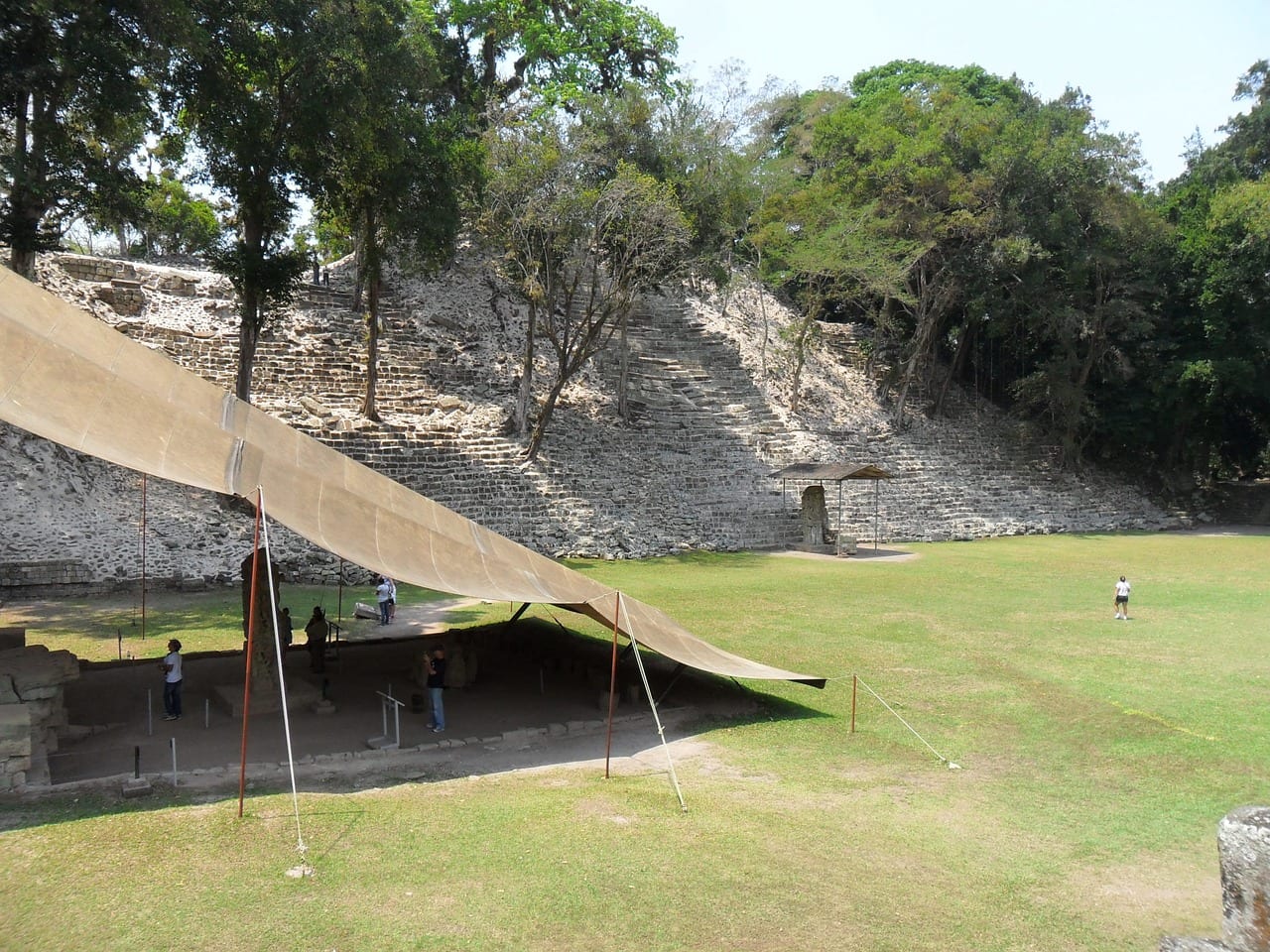 I was the first person there, and for half an hour the only one, which made it a more relaxing and special visit.

The site has some amazing carvings in stone, and one particular highlight was the hieroglyphic stairway.

Protected from the elements by a giant tarp, every block of stone in every step contains writing, making it the longest known text left by the Mayas. 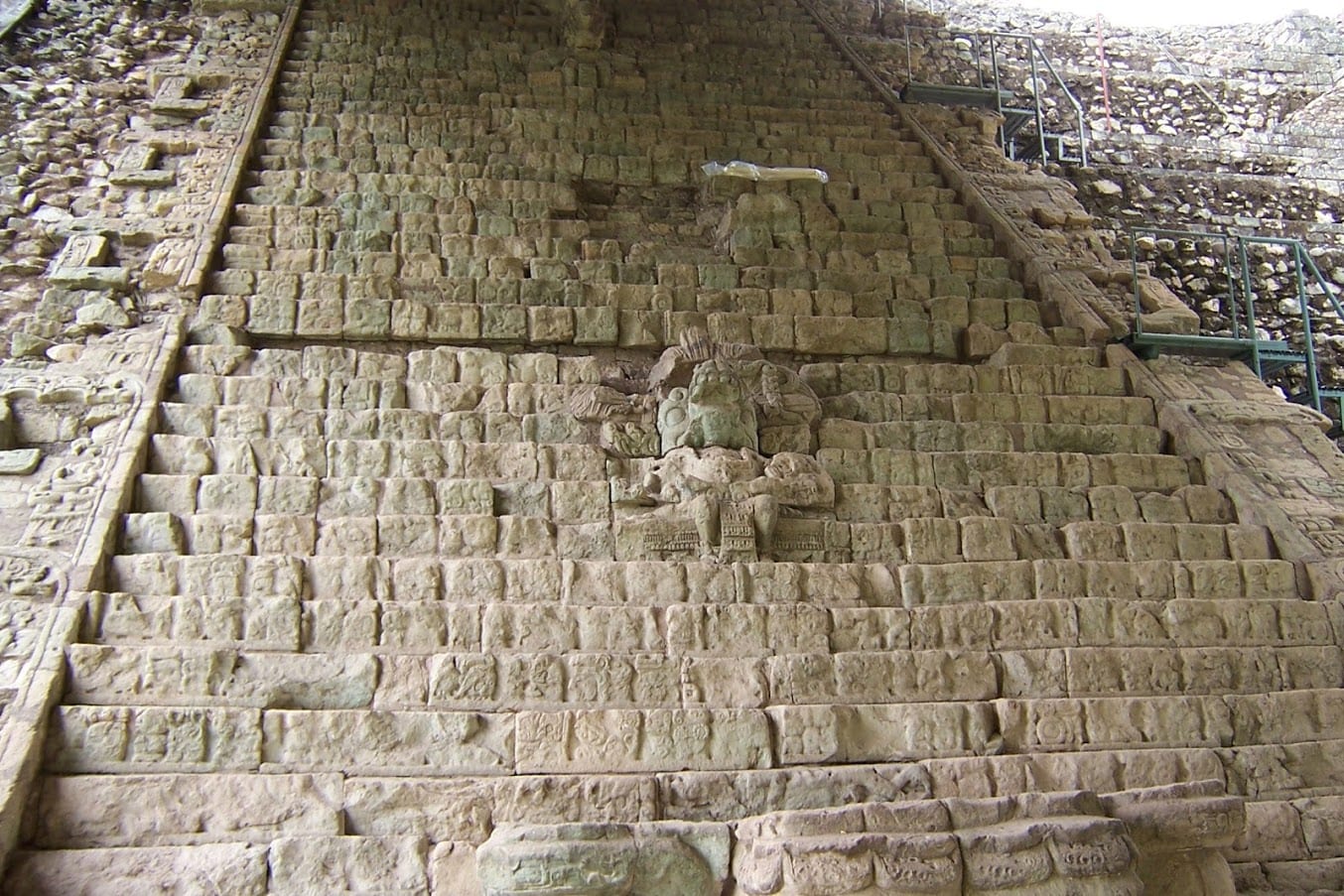 Unfortunately, only the bottom fifteen steps are in their original positions, so it is doubtful whether it will ever all be fully translated.

There were some Chac Mools at this site, which is something I hadn't seen for quite a while, (that's the rain god with the goggle eyes and trunk nose).

What was Copan in Honduras?

Copan was supposed to have been quite an isolated outpost in the Mayan world, and may even have been abandoned before the great upheaval which left the other great cities deserted around 950 AD. 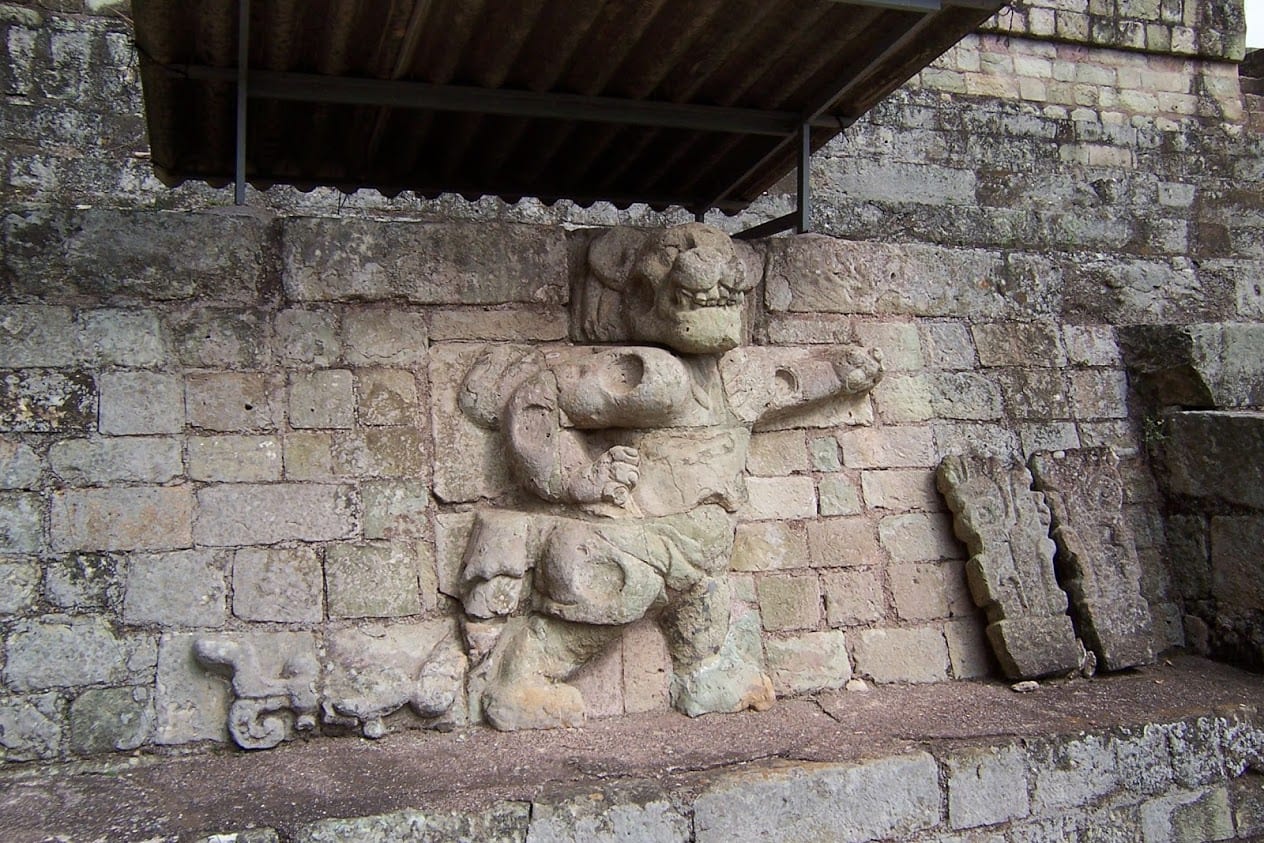 Bearing this in mind, it might explain why the Chac Mools were still present, as the population never had the chance to become disillusioned with him. 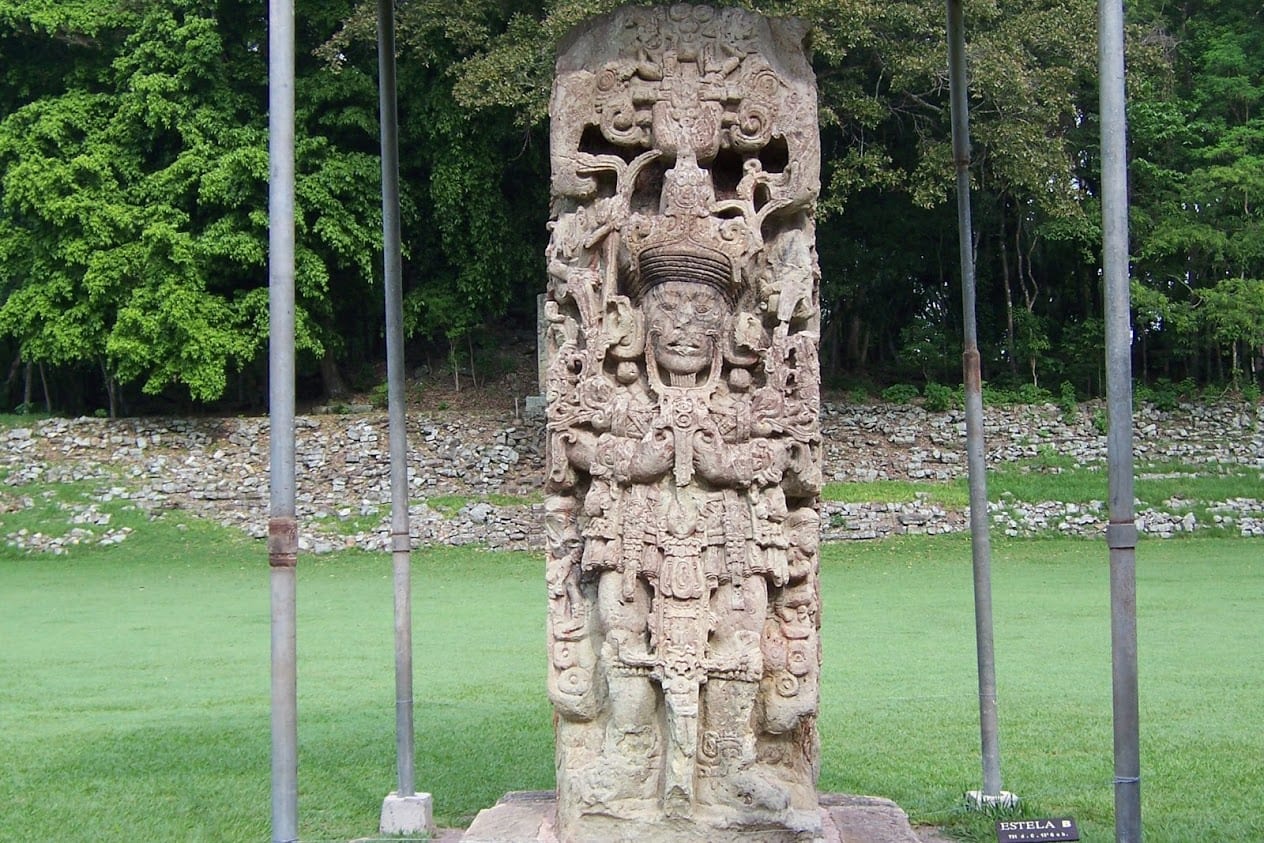 Got up at ridiculous o'clock, had breakfast and caught the bus to San Pedro Sula. No arsing around with this bus, which made a pleasant change!

Was unsure before leaving about where I was going to stay, but near where the bus dropped me off, there was a suitably rough looking dive, so I booked in there.

The walls were paper thin, and you could see through the gaps in the floorboards to the room below, but at 5 pounds a night it was very cheap, and had a tv with 100 channels!

Wednesday saw me do not a great deal. Bought my onward ticket for the Friday. Had a KFC (with the mashed potato and gravy you get in Oz and New Zealand.. sweet as!). Went on the internet. Watched a selection of bilge tv.

At night, somebody decided to fire a couple of shots from a gun in the street, which gave an excuse for the police and ambulance crews to use every ‘ringtone' on their sirens.

Thursday, I had a look around the museum,which housed some good examples of pottery and other items. Some reminded me of Greek urns. Other than that, not a lot to report.

Friday, and my ‘deluxe service' bus to Tegucigalpa must have been through Guatemala, as we had a series of getting on and then off it again in the station.

Technical problems I worked out.

The bus dropped me off in some outskirt, and miraculously, I somehow managed to find the place that I wanted to stay by my usual shuffling along aimlessly. This place was really nice, and had the best shower I'd been in since going away.

My adventure through central and south America continued when I caught a flight to Ecuador. 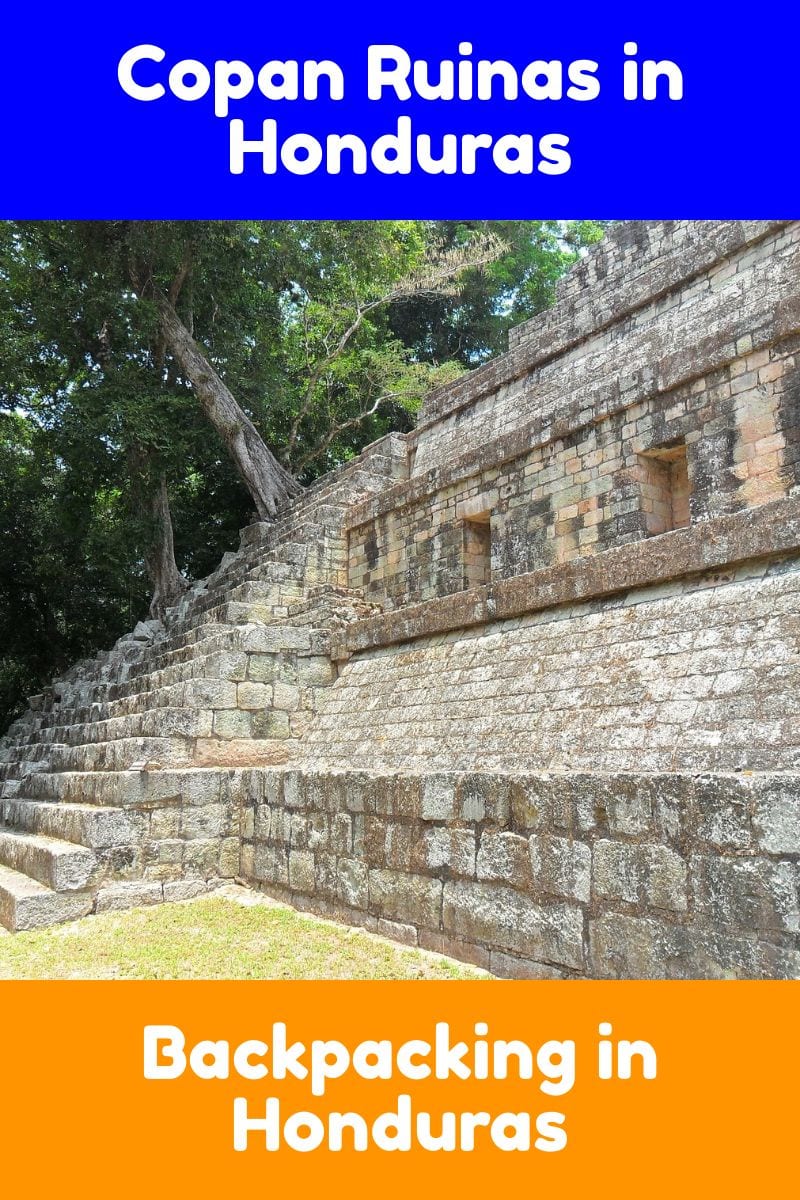