I cycled through Ecuador as part of my Alaska to Argentina bike tour. This blog entry, is from the day's ride between Indanza and Gualaquiza in Ecuador. 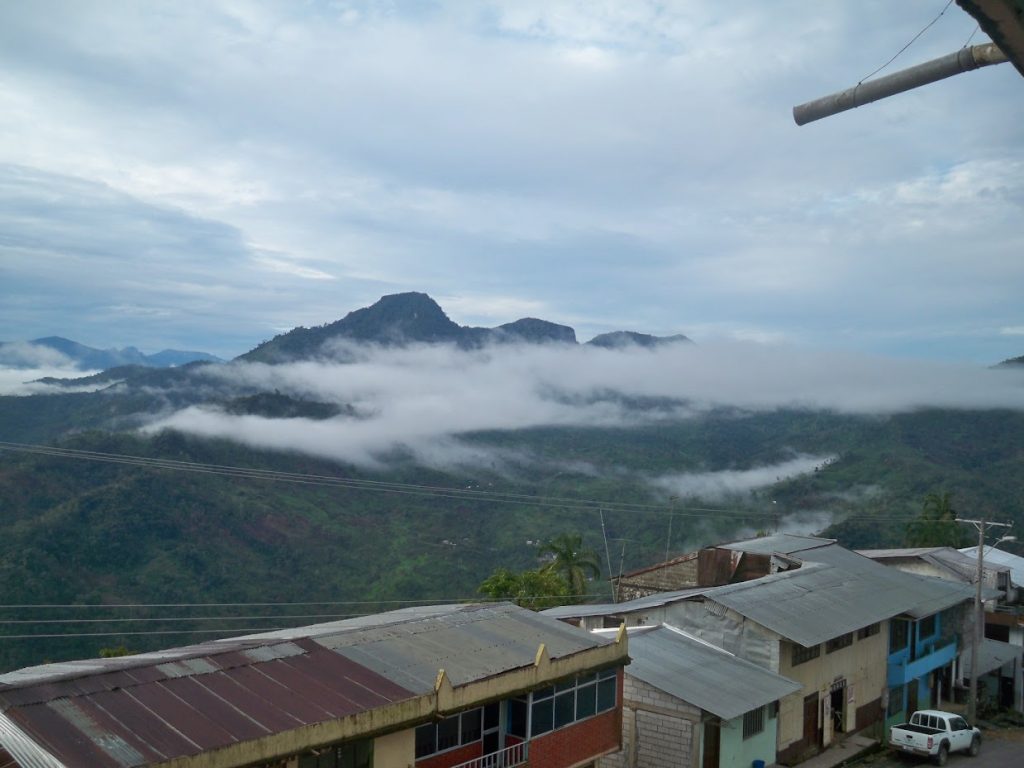 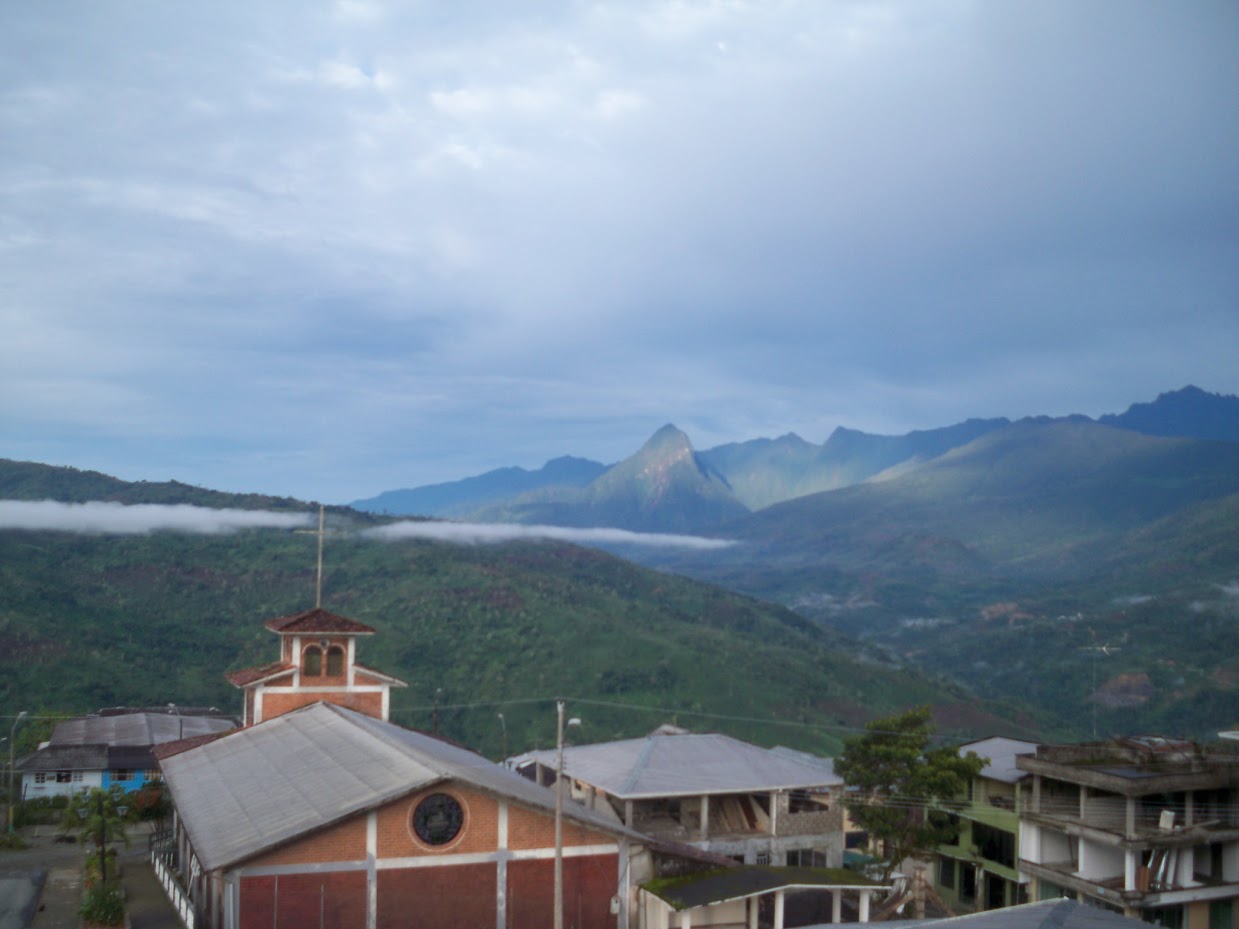 Today’s 78 km was extremely tough and demanding, with 70 km of it being on the absolute worst quality gravel roads. 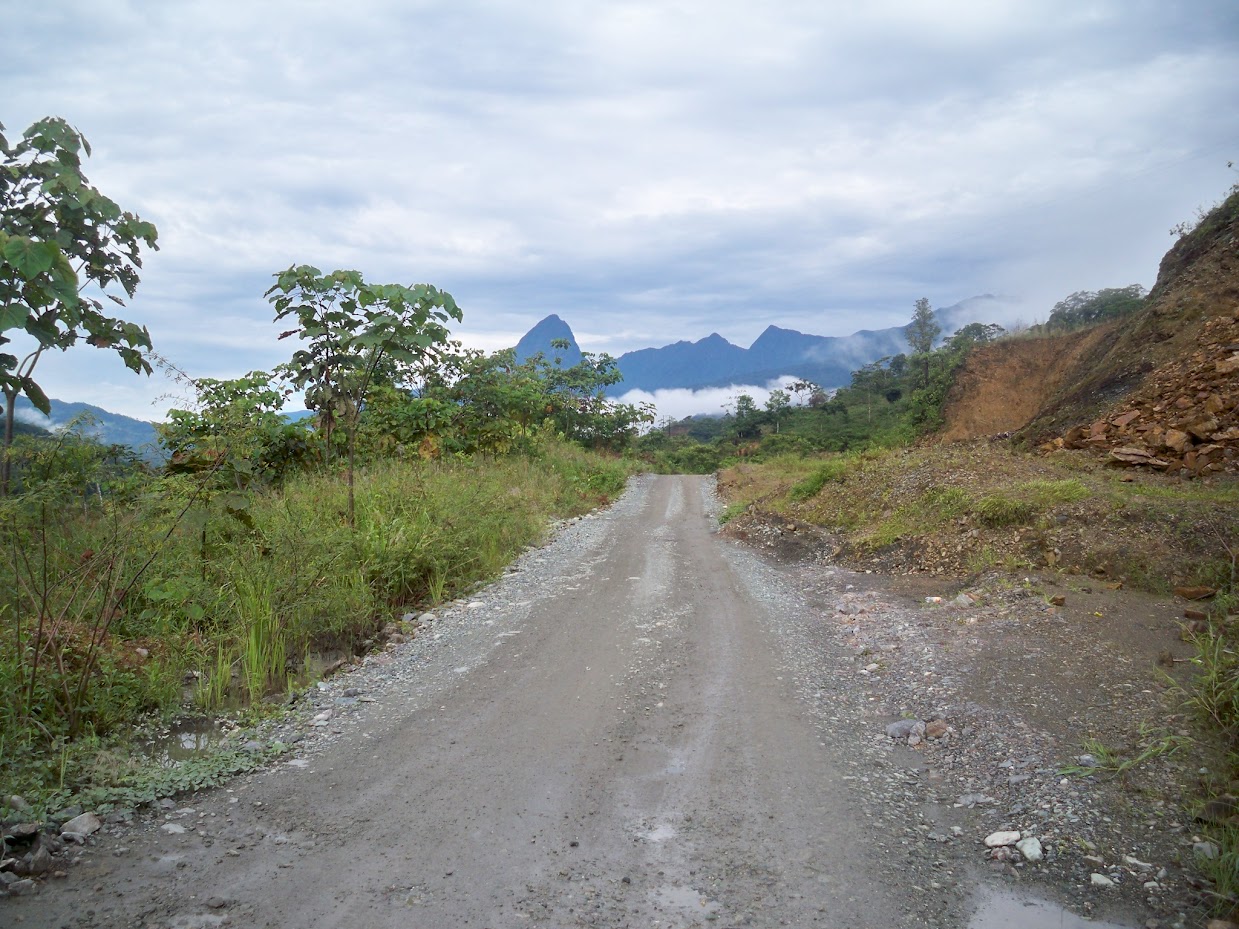 The start of the day was perfect, with clear skies revealing the stunning surroundings that the mists of the day before had obscured. 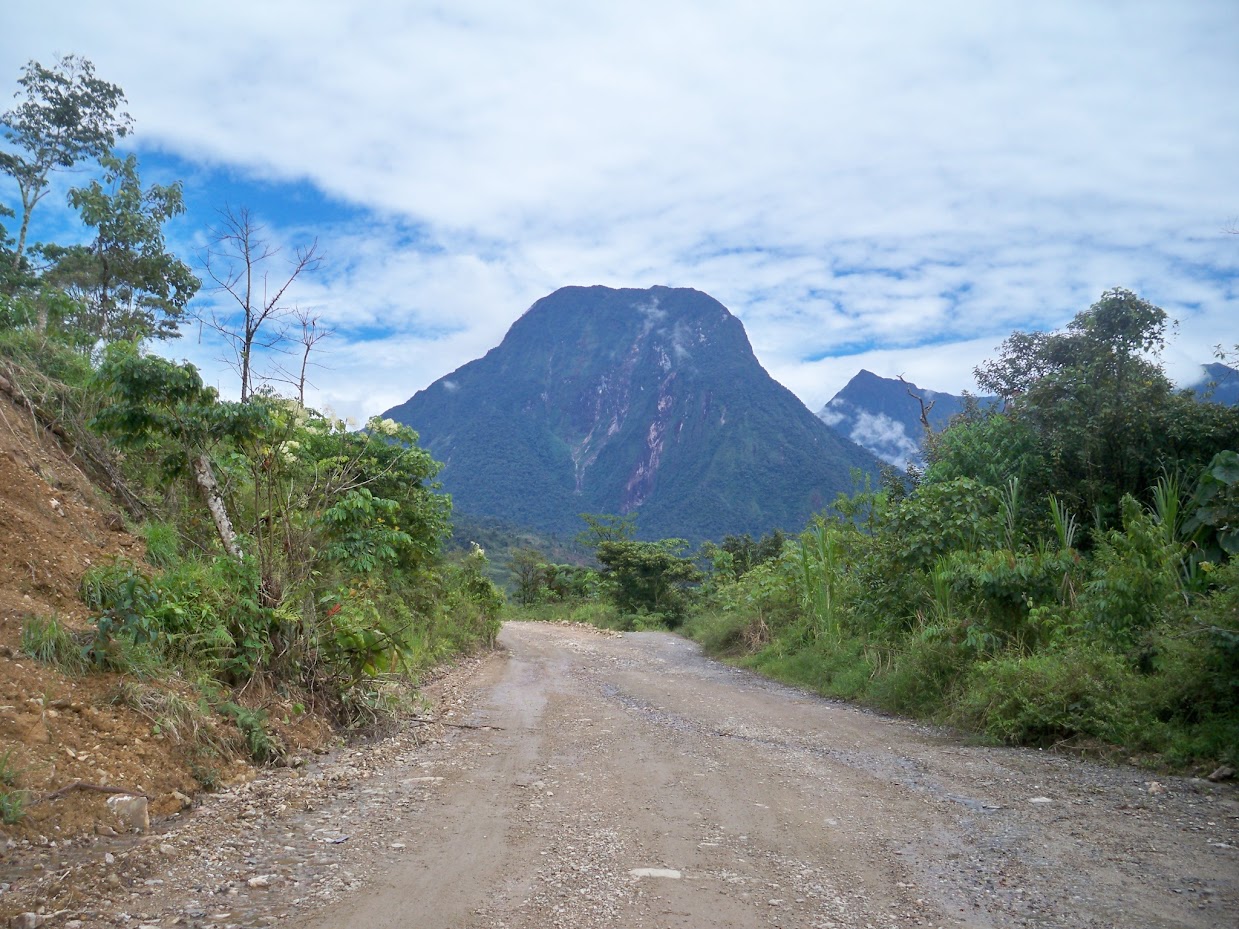 The first little section into the town of San Juan Bosco was easy enough, and I stopped there for breakfast. Leaving Bosco was where things turned tricky though.

It was now onto gravel roads, with 14 % inclines. Not only were there frequent dog confrontations, but the quality of the road varied from abysmal to quagmire, where waters had turned sections to two inch mud slush.

In fact, there were some sections where I had to remind myself that I was cycling on a track, and not on a river bed.

A couple of hours of sweat filled grinding gear work later, and the first major descent of the day began to the unmarked town of San Jacinto de Wakambeis.

Now, a descent should have been good news, but the quality of the road, and the steep angle of descent meant that I had to hold the brakes all the way down, whilst being bumped and jarred enough to loosen my fillings. 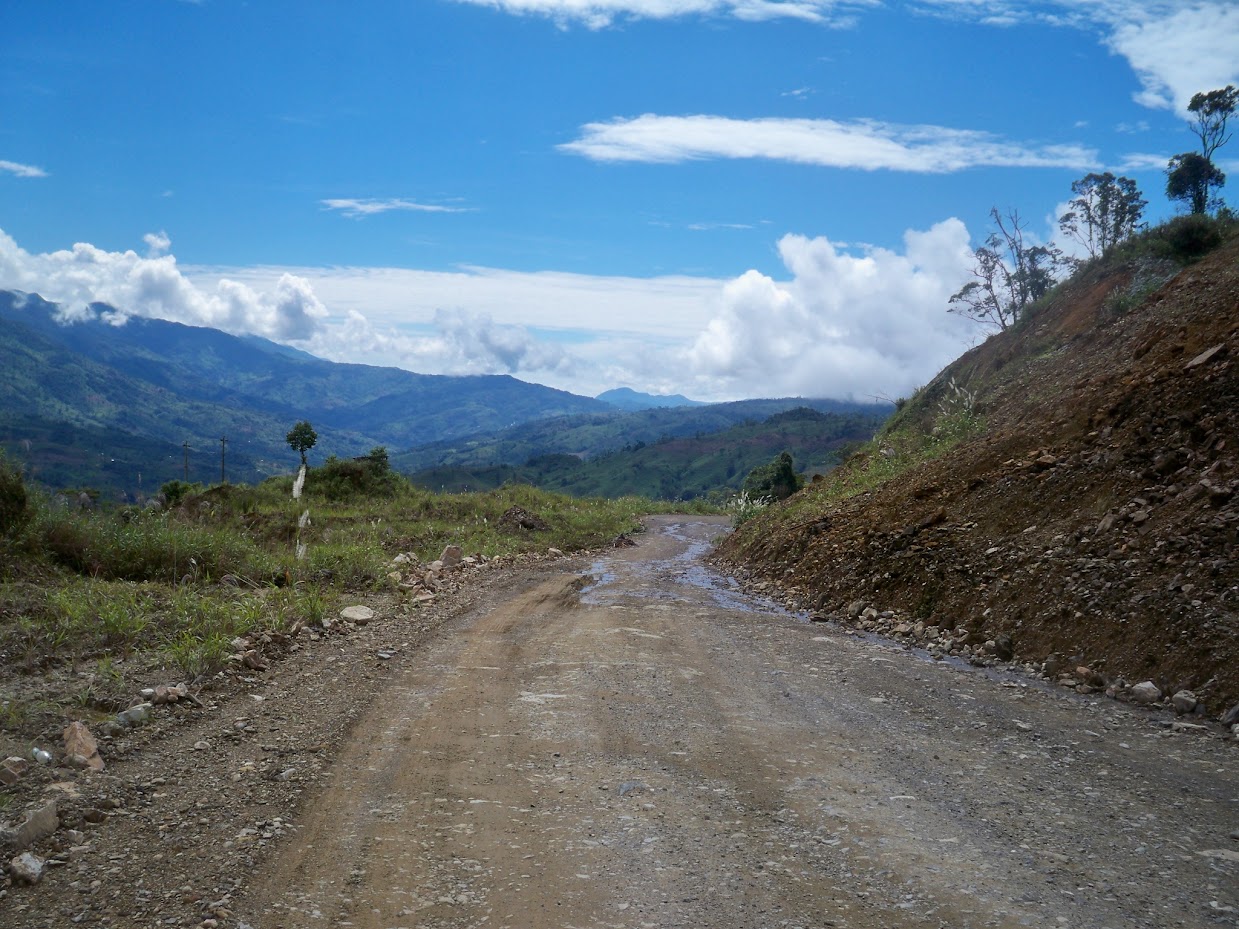 At Wakambies, which was no more than a dozen buildings, it was back uphill again for another couple of hours. The cycling headphones went on at that point, and the sweet, gentle tunes of Slipknot managed to pull me through until the downhill section to Gualaquiza began.

This downhill section was even worse than the first one, with all manner of boulders, mudslides, streams, rocks and mud pits in the way. 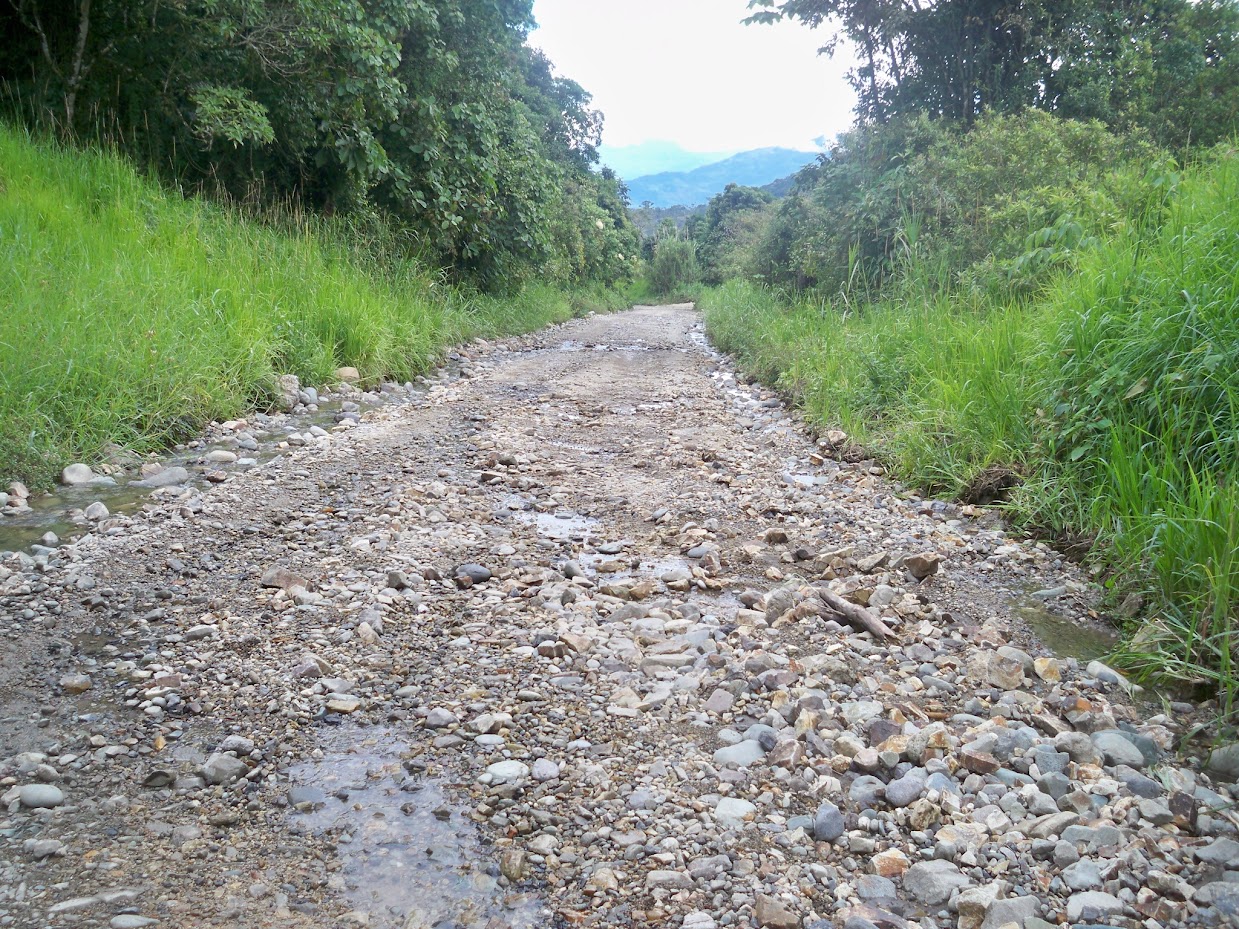 At this point I would gladly have sacrificed the scenery for a nice smooth flat section of tarmac.

Eventually, I made it into Gualaquiza, where I booked into the hotel for two nights. It’s a little hard to get an impression of the town so far, as it being Sunday, everything is closed.

I’ll have plenty of time tomorrow to see what its like though as I need to find a laundry and a bicycle shop again to get yet more new brake pads.