A day of cycling along dirt roads in the rain in Ecuador. This blog post covers the day's ride between Limon and Indanza. 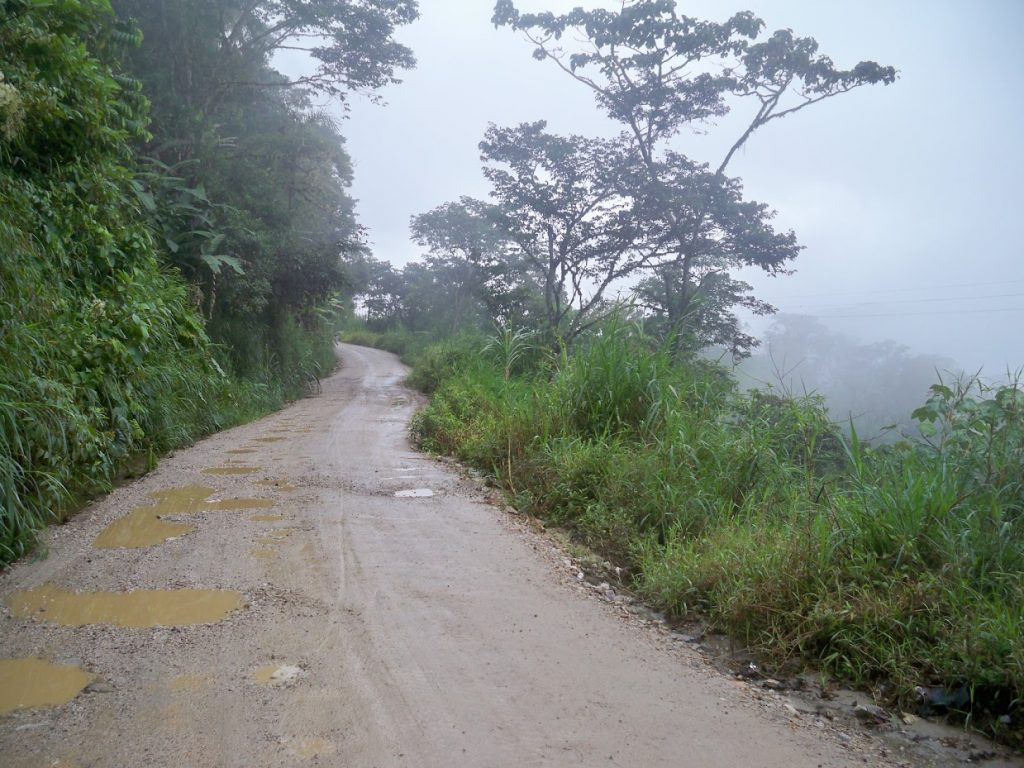 It was back on with still damp clothes in the morning, which is always a bit rubbish, but at least the temperature wasn’t too cold as I left Limon.

It had rained heavily all night, and into the morning, so I had waited until 08.30 before setting off in order for the rains to stop.

There seems to be a cut off point where the sun gathers a little strength which stops the rains in the morning. Not that the sky cleared any, and it remained a cloudy, misty day as I exited Limon on a dirt road, which went uphill for the next 12 km. 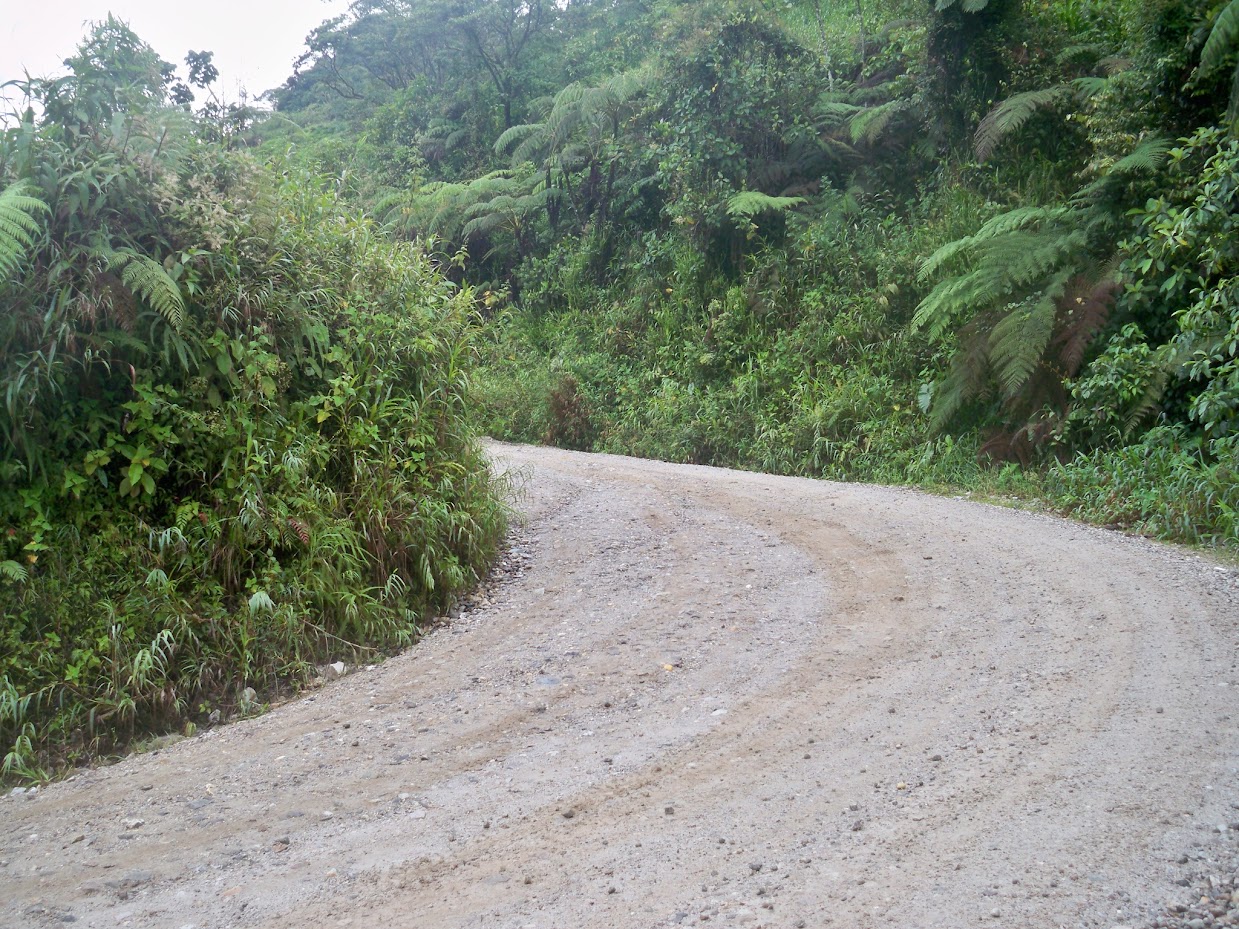 Half hour in, and the wheel fell off my Bob Yak trailer, which could have been a lot worse if I had been going with any speed downhill. It must have just been jarred loose, as it didn’t cause any more problems once I fitted it back on.

An interview by a news crew

Progress was slow as I crawled up the dirt road which was suffering a bit due to the heavy rains. Along the way, I was stopped by an Ecuadorian film crew, who wanted to interview me. That’s the second time this has happened to me this trip!

This time around, the interview was in Spanish though, which kind of had me wishing that I was a bit more fluent than I am. Still, the Ecuadorian viewing public will be so overwhelmed by my beauty that they will barely hear the words anyway (Yeaahhh !) 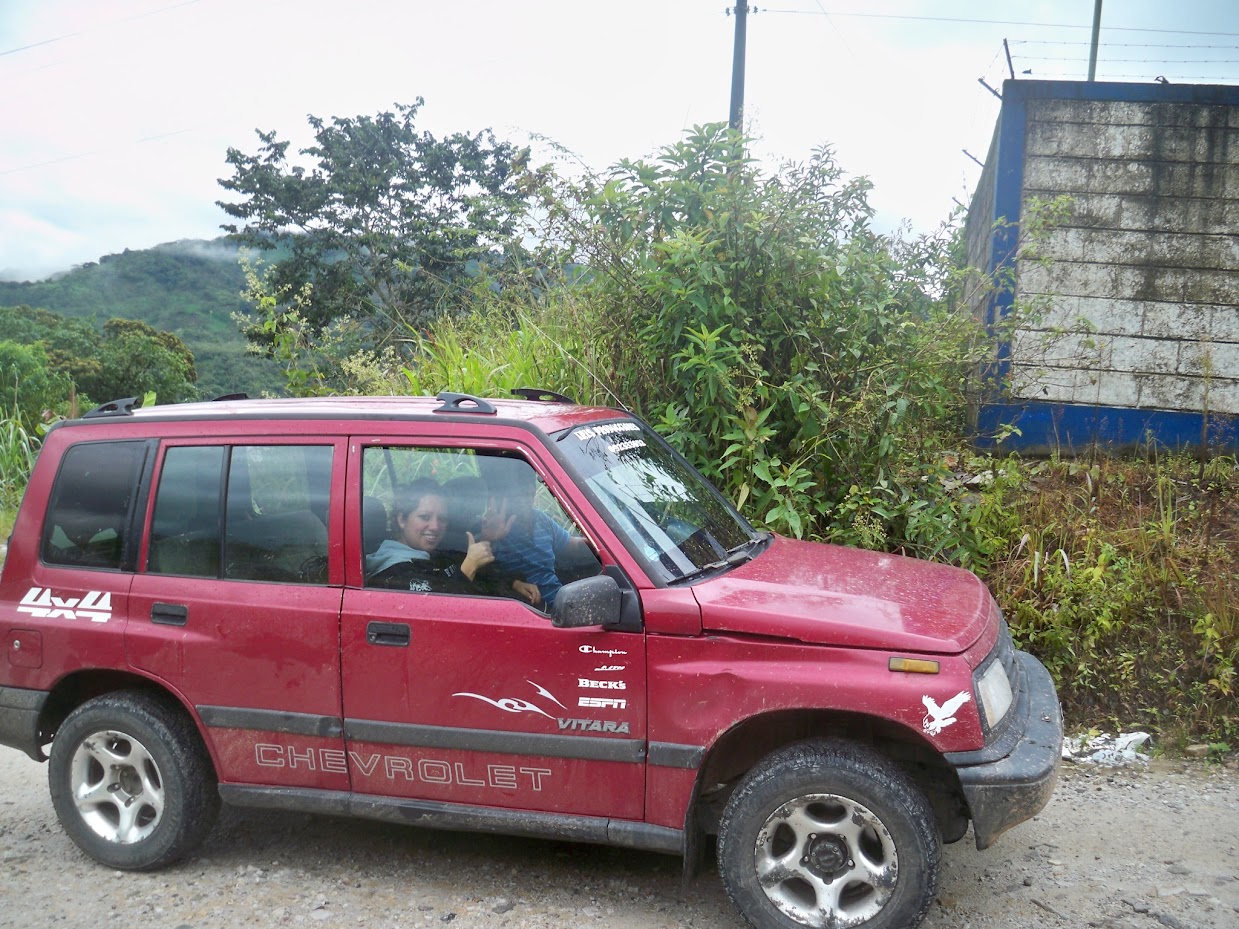 The 12 km to the top of the pass at Plan de Milagro took me two hours, which even if you take away the 20 minute tv interview was pretty slow going.

From there, it was downhill 7 km into the small village of Indanza, half of which was on a sealed road. Ecuador has a large infrastructure improvement scheme happening, and I suspect that in a year or two, the dirt road from Limon to Milagro will also be sealed.

Much to my surprise, Indanza had a hotel. Now, I had been told that there was a fiesta in my intended destination of San Juan Bosco, which would have been great to see, but I was slightly concerned that all the accommodation would be booked out.

I decided to play it safe and take the 5 dollar room in in Indanza, as if Bosco was booked out, I would have a 60 km cycle until the next likely place, and given the unpredictable nature of the terrain and roads, and the fact that it had started raining yet again, that didn’t sound so great.

They certainly don’t get many touring cyclists in this village, and it was quite fun answering peoples questions.

If the road is good enough tomorrow to get a reasonable pace going, it should be a 78 km cycle into Gualaquiza. If not, I may consider another very short day and stop at San Juan Bosco.