Last Updated On October 9, 2019 by Dave Briggs Leave a Comment

Cycling over the border from Ipiales in Colombia to San Gabriel in Ecuador, I entered a new country on my bike tour from Alaska to Argentina.

Cycling across the border between Colombia and Ecuador

After retrieving the bike, I cycled downhill 3 km to the border between Colombia and Ecuador. I had enjoyed my time in Colombia, and it is a country that I can see myself visiting again, hopefully with a longer visa next time!

The border formalities on both sides were quick and easy, and I was in yet another new country within 10 minutes – This time with a two month visa ! 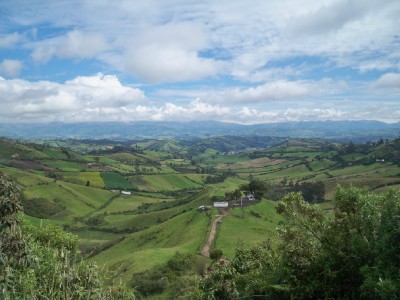 Most of Ecuador lays over 3000 metres, which basically makes it one gigantic mountain, If today's cycling was anything to go by, its also going to be hard work! 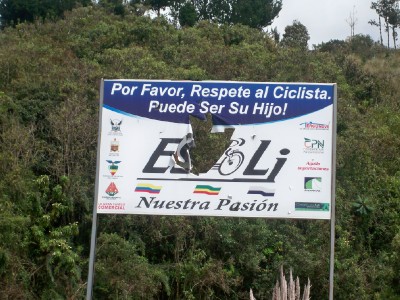 Cycling is big in Ecuador, although this sign looked as though someone had fired an RPG through it !

The terrain was rolling in a generally upwards direction, which was tiring, and although I had intentions of going further, I cut the day short at the town of San Gabriel.

Hostal Gabrielita was pricey at 13 dollars (oh, they use US money here in Ecuador), but did include hot water, wifi and a breakfast. Sweet !