Last Updated On November 28, 2022 by Dave Briggs Leave a Comment

Simple but tasty food was a bonus when cycling through Ecuador. This day's bike touring blog post cover's the relatively short ride between Latacunga and Ambato.

A nice meal at Salcedo, Ecuador

As the hotel was on the main road, exiting Latacunga was easy. The going was flat, and I actually had to slow myself down, as I had an extremely short day in mind.

A detour took me through the town of Salcedo, which had an unusually large amount of Heladarias (Ice Cream parlours). 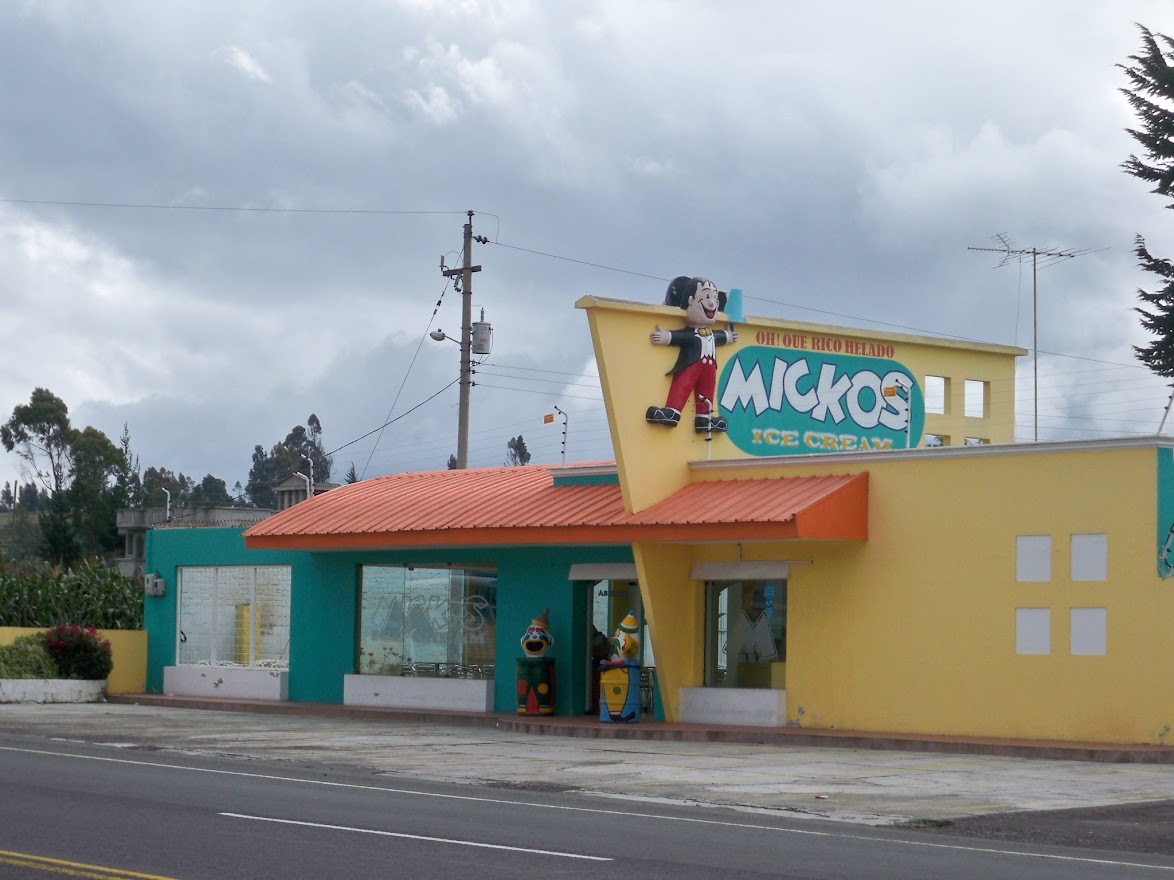 On the south side of Salcedo, a small strip of restaurants had pigs hung up outside them, which not only caught my interest, but made me feel incredibly hungry. (Vegetarians may want to stop reading and looking now). 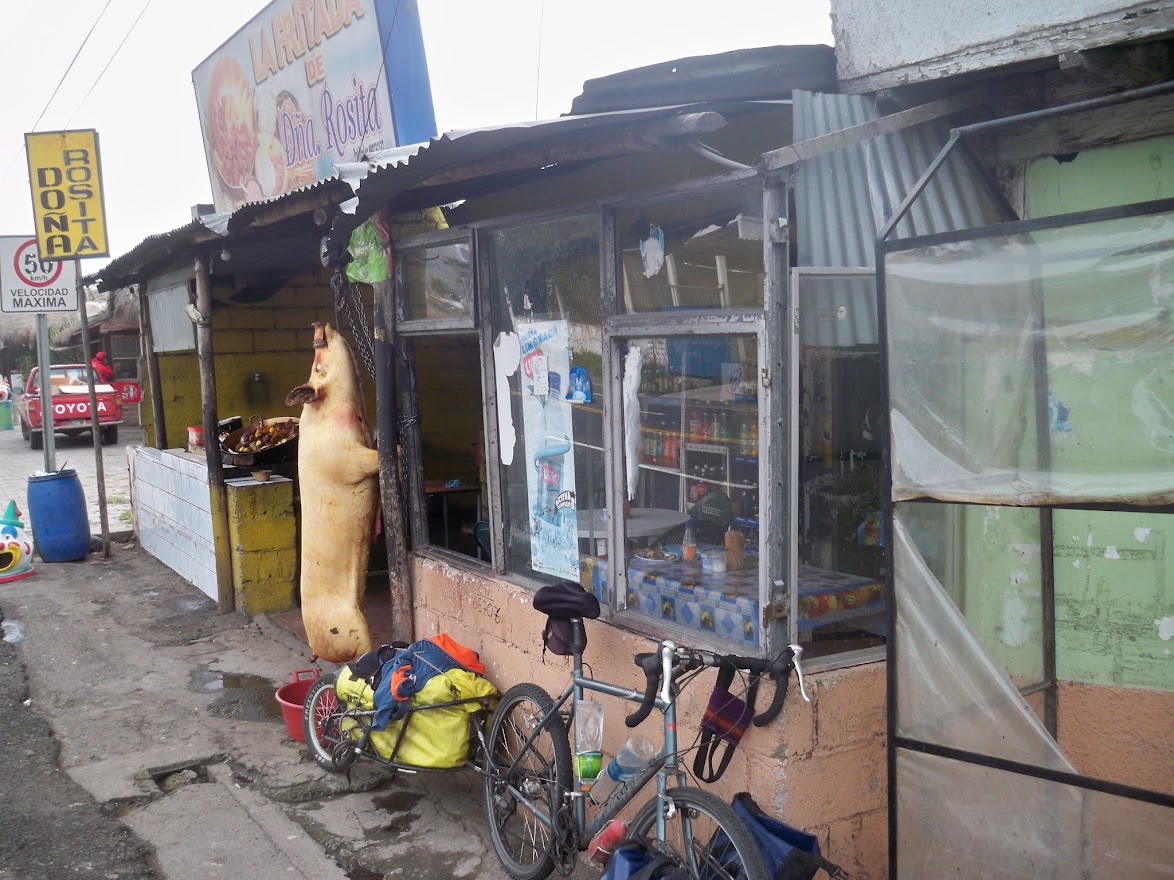 After a bit of communication in my not exactly fluent Spanish, and assortment of pig parts and potatoes were cooked up in a giant wok. 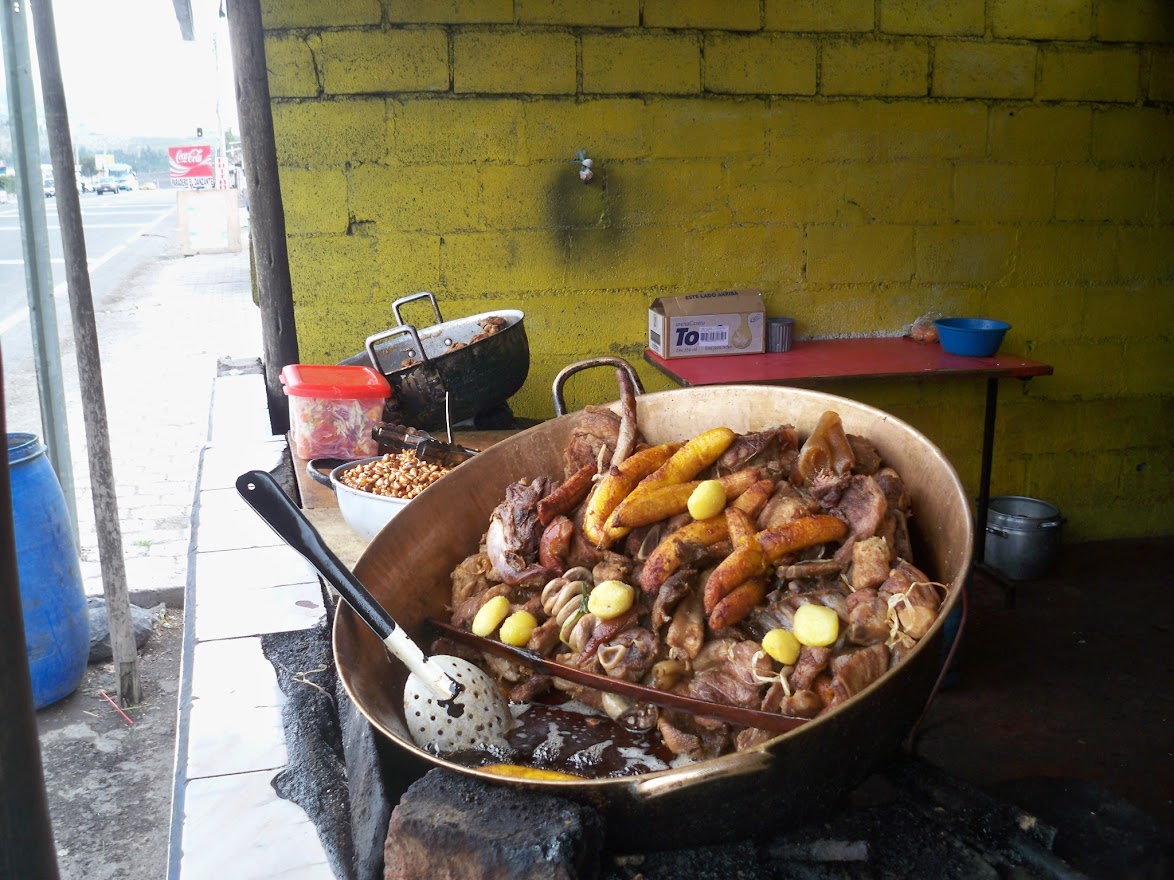 With the holy temple of my body desecrated with the flesh of one of natures beautiful creatures (that’s one for the veggies!), it was time to push on again.

The day's cycling totalled no more than 35 km when I rolled into Ambato, where I checked into Hotel Garibaldi.

The reason behind the short day was to set myself up better for accommodation prospects further down the road, and also, to conserve some energy, as I suspect that the next days cycling will be much tougher.

England play football tomorrow, and I am debating whether to take the day off or not to watch them. Given their dismal performance against the USA, its probably not worth it though !