Each day of my bike tour from Alaska to Argentina, I wrote a blog post. This one is from Ecuador, and the day I cycled from Logrono to Limon.

Cycling in the rain in Ecuador

It had rained heavily overnight, and when I set out in the morning, the road was still wet, and clouds covered the sky.

It drizzled for most of the day, with one enormous downpour which I managed to sit out in a restaurant at the junction town of Bella Union.

The road into Bella Union itself was quick and easy, and along the way, I saw the biggest snail I have ever seen. 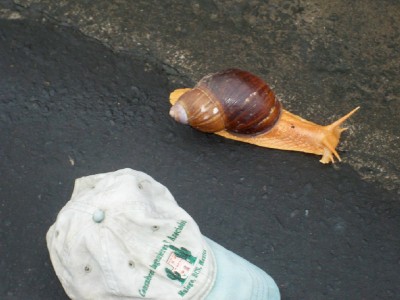 Working out the route through Ecuador

In Bella Union, I asked around about cycling onward and avoiding going to Cuenca, and yes, it was indeed possible. That was a result, and opened up a little cycled route for me.

The map that I bought in Quito must have been quite out of date not to have shown that piece of road. In fact, as I left Bella Union and the day went on, I decided that the map for this section wasn’t even good enough to wipe my bum with (too shiny, non-absorbent and the edges were a bit sharp). 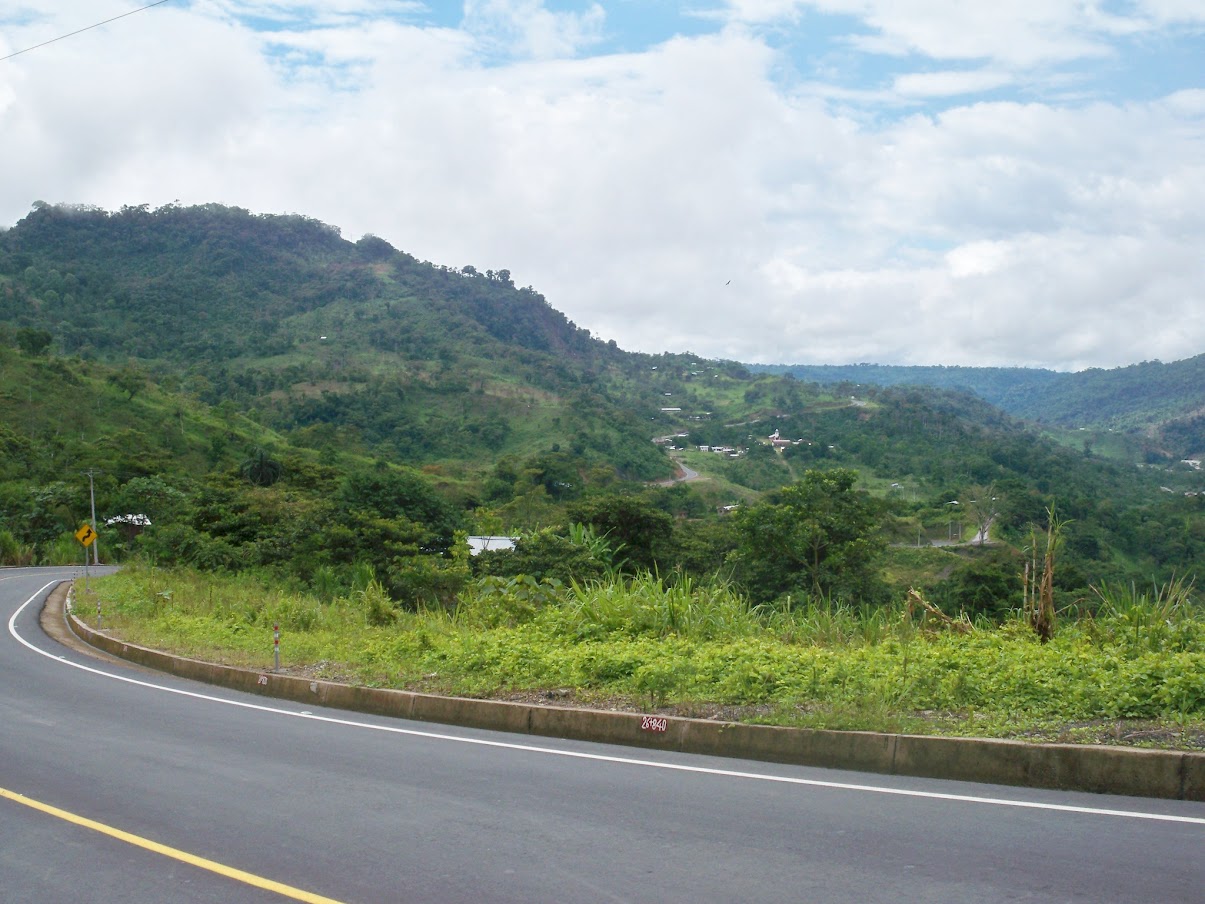 What I thought were quite detailed topographical markings may as well have been drawn by a blind drunk man using his feet, and the major town of Gral. Leonidas Plaza Gutierrez  I was heading for actually turned out to be called Limon.

Although there were downhill sections, any time that I had to turn the pedals, was to go uphill, and the finish by 12.00 that I had in mind was extended until 14.30, as the final 43 kms took nearly three and a half hours to complete.

Still, its all part of the challenge, and now I’ve had a little moan, I feel a lot better! 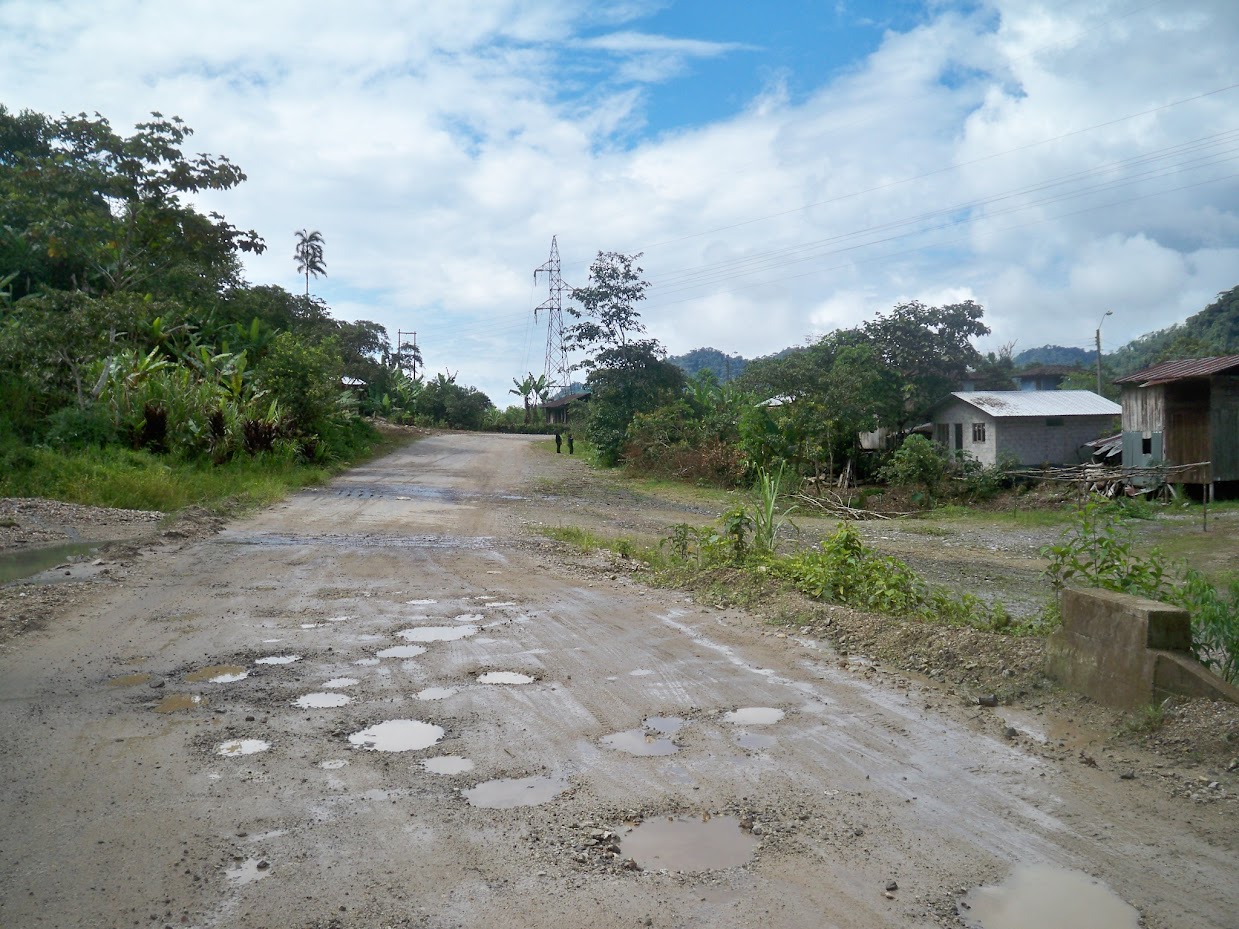 Tomorrow, I have between 90 and 100 km to cycle to the town of Gualaquiza (if its called that when I get there). My map seems to indicate two possible routes – One over a mountain range, and one down through a valley. I’ll have to stop and ask a few people along the way to get a better idea of which one to take.