Last Updated On June 16, 2022 by Dave Briggs Leave a Comment

Another night of heavy rain, and then it was time to cycle from Porticeau Cove to Duncan in Canada. The border with the USA was getting ever nearer! 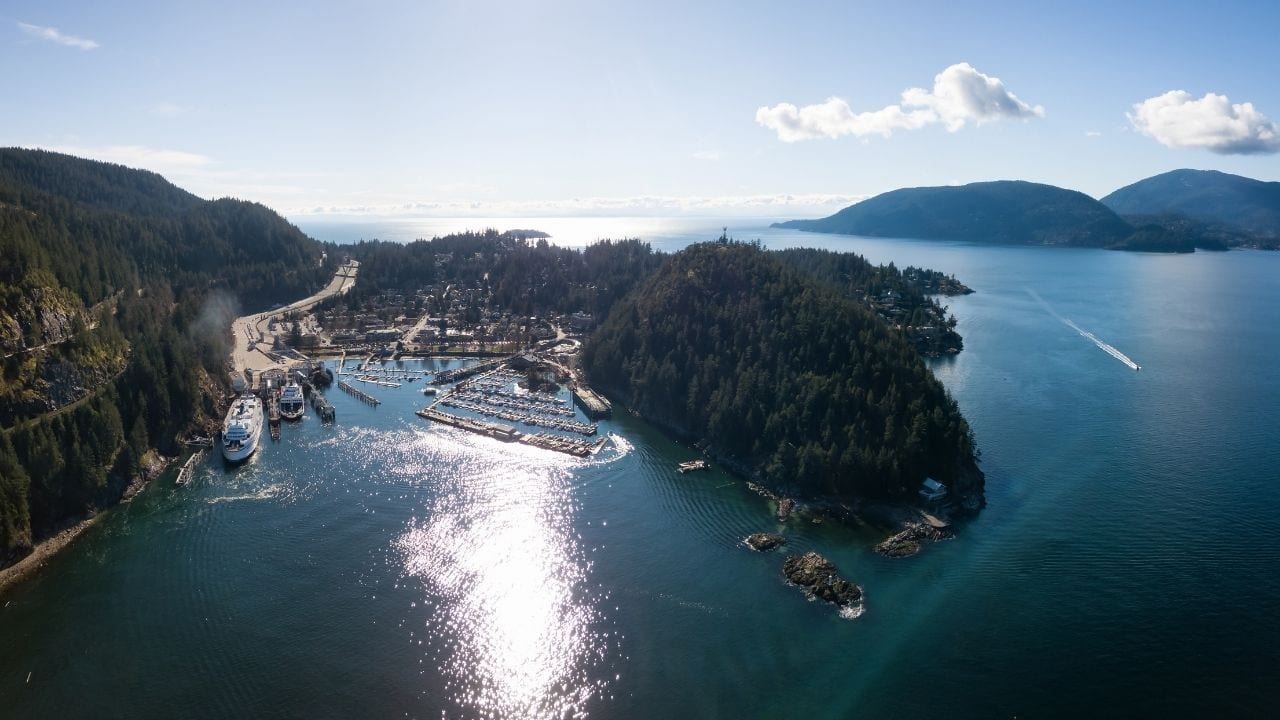 A heavy night's rain in a Vaude tent

It rained heavily during the night, and I awoke to a damp tent. The quality of the Vaude tents has certainly dropped from when I first started using them thirteen years ago (wow, has it been that long?!?!).

I remember the first Vaude tent, that Andrea my girlfriend at the time and myself bought, was virtually bombproof.

It made ten months around Australia, three in New Zealand and then a separate four months in New Zealand when I cycled around solo all without any problems whatsoever.

In fact, on that cycle tour around New Zealand, I recall having to sit in the tent for over 24 hours because it was raining so hard, and it leaked not one drop.

Some suggestions for Vaude

This tent by the same manufacturers is nowhere near the same standard, and any time it looks like prolonged rain, I dread it. If anyone from Vaude happens to read this…

1. Double the thickness of the ground sheet.

2. Increase the strength of the poles.

Ok, now that's out of my system… I dried it out the best I could, packed up, and cycled onward to Horseshoe Bay, where I caught a ferry across to Vancouver Island.

The reason for this, is that I have no particular desire or need to go cycling through Vancouver city itself, and this route I am taking bypasses it nicely.

At Nanaimo, I stopped at a McDonald's for two McDoubles, and I must have looked hungry, because a delivery driver delivering food to them gave me his Big Mac that he gets for free. Cheers mate!

Safe in the knowledge that I had my fat and protein, a freebie, and was responsible for a small part of the earth being abused and a contribution into the decline of the fabric of our society made, I cycled on, reaching Duncan at 18.00.

Yes, Duncan is the name of a city. Really. I hope to visit the cities of Bertha and Tarquin soon as well.

The Riverside campground has discount rates for cyclists, so I managed to get a pitch for six dollars, nice! Checking on ferry times over to the USA, I soon realised that in order to catch the 10.30 ferry on Monday, I would have to stay in Victoria on the Sunday night.

As there is a lack of campgrounds close to the city centre, I decided to book a room in a backpackers instead over the phone.

Read more about this cycle tour

Use the links below to read more updates from this bike trip:

– Dave Briggs
Dave wrote this travel guide about cycling to the city of Duncan in BC Canada when bike touring from Alaska to Argentina.