Exiting big cities like Santa Barbara is always a bit of an adventure on a bicycle! Once out, I cycled to Leo Carrillo and stayed there for the night camping.

Cycling out of Santa Barbara

I followed a mass of cycle paths and roads out of Santa Barbara, passing a naval base at Ventura, before returning to my familiar friend the Highway One.

I’d been used to a tailwind these last few days, and its absence, combined with the extra weight I was carrying slowed me down a bit.

I reached Leo Carrillo state park campground where I called it a day, and met Ed, a 60 year old US guy who has been cycling around the states. The campground had a store there, so it only seemed polite to buy a six pack of beer, and chat some of the night away. 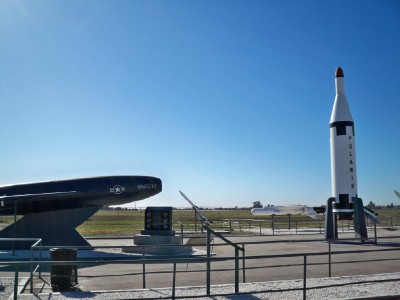