Last Updated On October 27, 2020 by Dave Briggs Leave a Comment

I had taken a few days off in Liberia, Costa Roca because of the holiday period of Semana Santa. Today, I watched one of the religious processions go by. 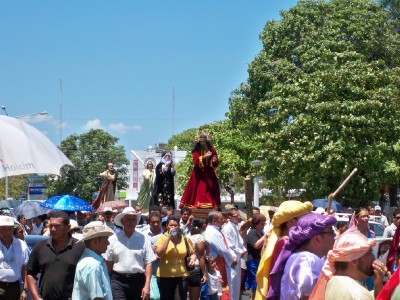 As I strolled out of the hotel this morning, I noticed a procession making its way up the road. I had been hoping to see something like this during the Semana Santa period, and as luck would have it, I actually had my camera with me for a change. 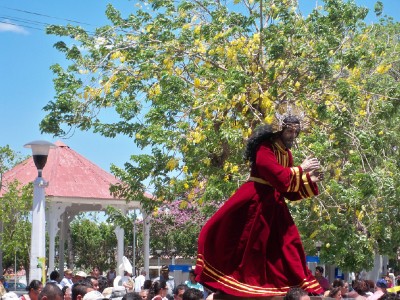 There weren't as many people as I thought there might be… A good indication that it was a wise move on my part to avoid the beaches this week, as they must be absolutely packed. 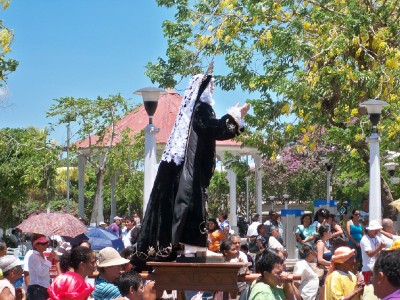 Christianity, like all religions, has always interested me as much by the ironies and hypocrisies it contains, as by the basic, fundamental messages that underlay them all. 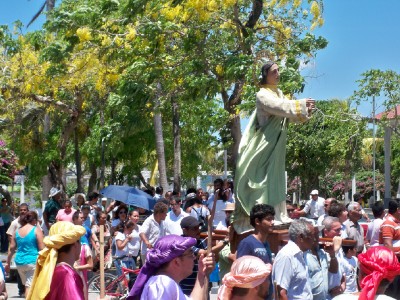 A processions with religious icons is one of those ironies – I´m pretty sure the bible mentions several times not to worship images ! 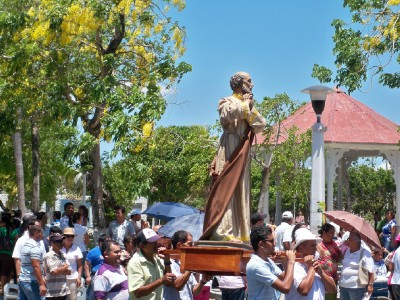