The bike ride from Teslin to Continental Divide in Canada was a tough one, with over 130kms of distance cycled in one day. This was another day where I regretted bringing a trailer on a bike tour. 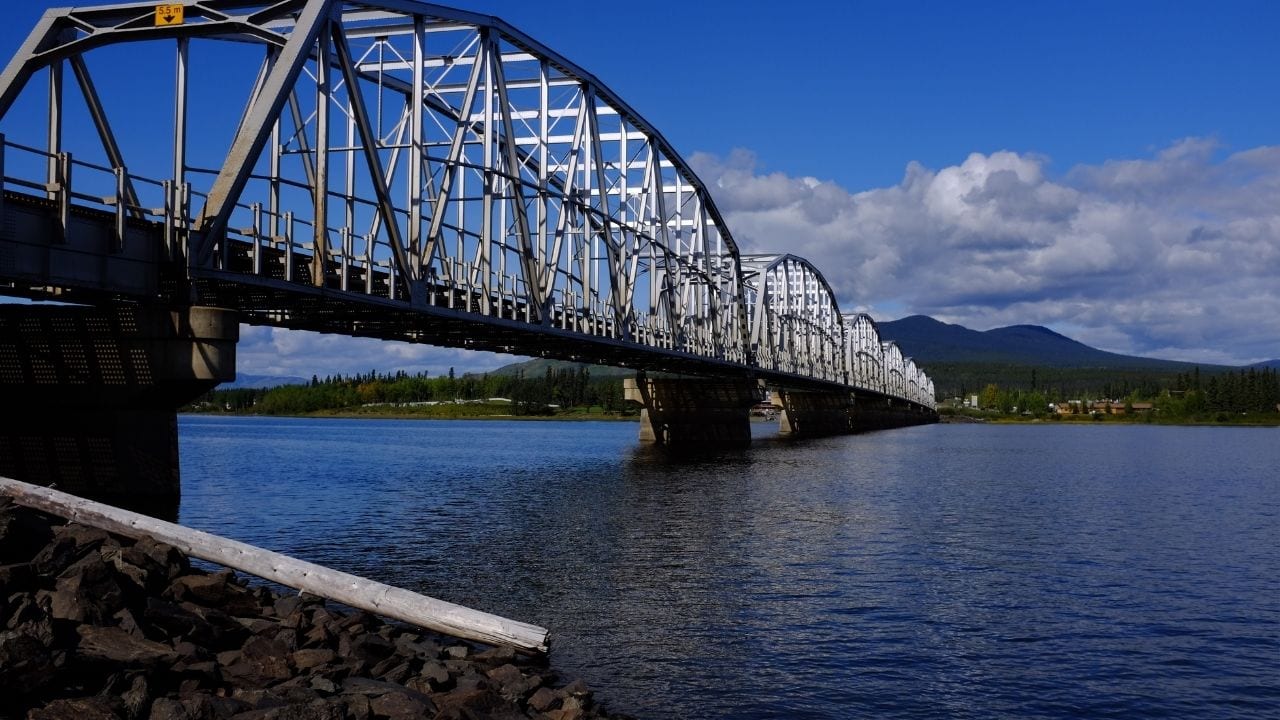 The cycle ride from Teslin

If I had written this diary entry on the day that it occurred, the entry may have looked something like this:

I decided to write the bike tour travel blog entry the next day however, and so here are my further reflections on the day.

It was a tough day

Basically, if I set myself a target of 130kms, I can't expect it to not be a long, hard day really, can I ?? As frustrating as it is dragging Bob behind me, I just have to accept the fact that I can't just whizz through the miles, and need to pace myself accordingly.

So, the day itself.

It consisted mostly of a never ending series of rolling hills, with the occasionally brutally steep climb thrown in for good measure.

Obviously, it goes without saying that the wind (strong) blew in every direction but the one that I wanted it to.

I was actually prepped up well for the day, having breakfast at the cafe before I left, and plenty of perhaps not so healthy cycling snacks to last me through what I knew in advance would be a long day.

I think the main problem for me was that I didn't seem to get a lucky break all day, and with no music to lift my spirits, it all felt like a bit of a hard slog.

I made Swift River settlement by 18.00, and although I hoped there would be some sort of accommodation there, it didn't come as a huge surprise when the settlement consisted of little more than a gas station. It was open though!

There was a slightly odd Californian there, who was riding a BMW adventure series 2007 model motorcycle. I know this, because he banged on about it for half an hour. Fascinating stuff, like metal and plastic tanks, 1150 cc and 1200cc, and some sort of four valve breaking system.

Clearly because I was on a bicycle, he thought I would be interested?? And all the while he was prattling on, the mosquitoes had decided that I hadn't been bitten in quite a while, and so they descended on me en-mass and made up for lost time.

After I eventually got away from the riveting lecture, I started off again on the one hour cycle to the Continental Divide RV camp – all uphill. The information boards were on the other side of the road, but I am sure that their definition of a Continental Divide would be the same as mine –

‘A place where mosquitoes gather in large numbers as they wait to attack cyclists who slowly trudge up a steep incline.'

The RV camp was great though, and I had electricity and WiFi in my tent for another night. The showers were housed in an old railway carriage and had an amazing plumbing system. I slept like a log. 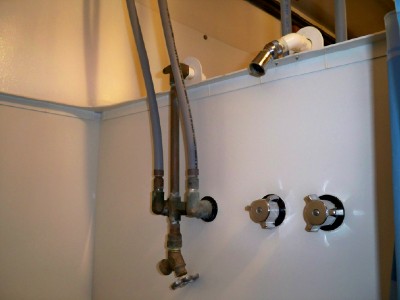 Use the links below for more updates from the tour:

– Dave Briggs
Dave wrote this travel guide about cycling from Teslin Canada when bikepacking from Alaska to Argentina.