We had gotten up to step in the previous article. Here are the remaining steps.
6. On the new phone, you then simply choose to accept the import of the contacts, and that is it… Your contacts from your old Samsung Galaxy S2 have been transferred to your new Samsung Galaxy S4 ! 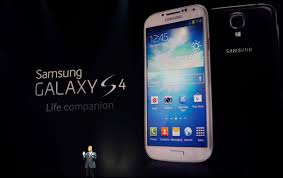 7. It really is as simple as that!

I hope you found this guide easy to use. I know from the kind comments that I have received that it has helped out quite a few people.

There is another things that may be of interest to you other than knowing how to transfer Samsung contacts from one phone to another. This is, is that the Samsung S4 has quite severe battery problems. It doesn't really show itself for the first few months of phone usage, but after that, the battery seems to run out in just an hour or two. Samsung have admitted that there is a fault with this, but it is probably just easier to buy a replacement battery. If you are noticing that your Samsung S4 is losing charge far too quickly, then you might like to read this article – Problem With Samsung S4 Battery