In this blog post, I describe cycling from Usulutan to San Miguel in El Salvador. This was one of many stages of my Alaska to Argentina bike tour. 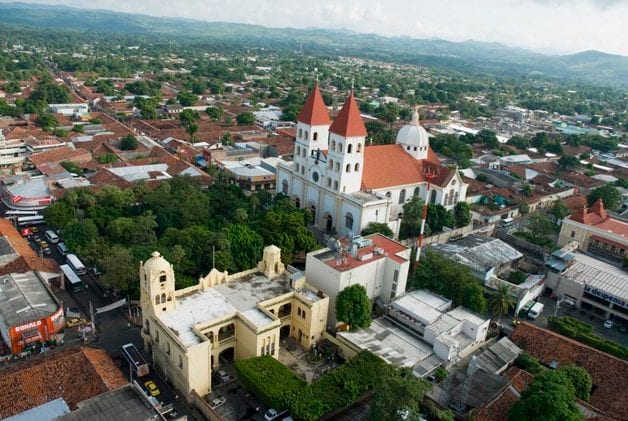 Cycling from Usulutan to San Miguel

There was only a short day's cycling on the cards for me today to the town of San Miguel. Sarah had decided to either leave later or stay another day, although as is often the way of things whilst cycling, I am sure our paths will cross again.

Setting off at 07.00, which is a good time to get some kilometres done before the heat becomes too much, the road was again flat, smooth and fast running.

The cycling was pretty uneventful, and although San Miguel is a busy, large city of over 100,000 people, I found my way into the centre easily.

After a quick scout around, I settled on Hotel Imperial, which was close to the main square. At 10 dollars a night, it was a pleasant, modern room with water that actually came out of the taps…. Marvellous !!