Last Updated On April 10, 2020 by Dave Briggs Leave a Comment

This blog post covers Cycling from Zacatecoluca to Usulutan in El Salvador. Part of my bicycle tour from Alaska to Argentina. 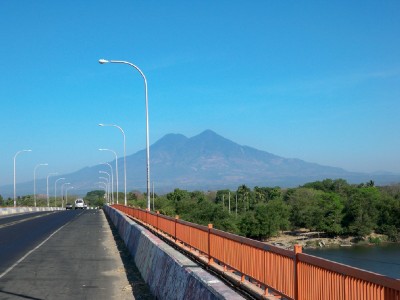 Motorists can be annoying

Sometimes, I just have days where I am not a happy chappy.

Don’t get me wrong, most of the time I am positive and upbeat, and when I am not, I am at least stoical about it.

But just occasionally, things simply irritate and annoy me, and I can’t think of anything else. Today, it was motorists.

Normally, the behaviour of  motorists either doesn’t bother me, or is barely noticeable, but today was different. So, let me tell you a little about motorists…

The gawpers, who are the vast majority of motorists, drive past on both sides of the road, with a kind of slack jawed expression of mind numbing bewilderment at the site of a touring cyclist pedalling along.

The wavers also pass by on both sides of the road, but give out an encouraging wave or beep of the horn. I like these guys.

Today, however, there seemed to be an endless succession of funny fuckers, and to make it worse, no wavers at all.
Funny fuckers also fall into three categories.

Which one annoys you the most?

The Shouter – Someone who will drive past from behind and shout something intelligible out of the window before looking at his buddies in the vehicle to make sure they are laughing and his social status is enhanced.

The Beeper – Someone who will drive up from behind before letting off the loudest car horn in the world right next to the cyclist, again looking for applause from his equally hilarious buddies.

The Thrower – Someone who will launch something at the cyclist from a moving car.

Today, all three types were present in what seemed an endless convoy, which as you can imagine, was a touch on the irritating side. Which was a shame really, because the actual road was smooth and flat and the cycling straight forwards.

So, with some relief I made the town of Usulutan, and began the search for an affordable hotel.

A rather fruitless search as things turned out, as after an hour of pedalling around, I ended up back in the 20 dollar a night hotel I had first seen.

This was turning into one of those days. Especially as the water was off for the whole town.

Fortunately, things were to take a turn for the better. Returning from a brief shopping excursion, I saw another touring cyclist.

Sarah is from Australia and is cycling from Guatemala to Columbia. She was in the same boat accommodation wise, and so it made sense to team up and split the cost of the room, which was probably big enough for at least two more people as well.

It made a pleasant change to talk with another native English speaker, and not have to change what words I used. Even with Americans, I often have to speak in pigeon English to be understood!

So, the day turned out fine in the end – just a shame the water never came back on really!!