You're set to explore the legendary Medina of Marrakech, but you'll need some cash to buy all those goodies! Here's a guide to ATMs in Marrakech, money exchanges and more. 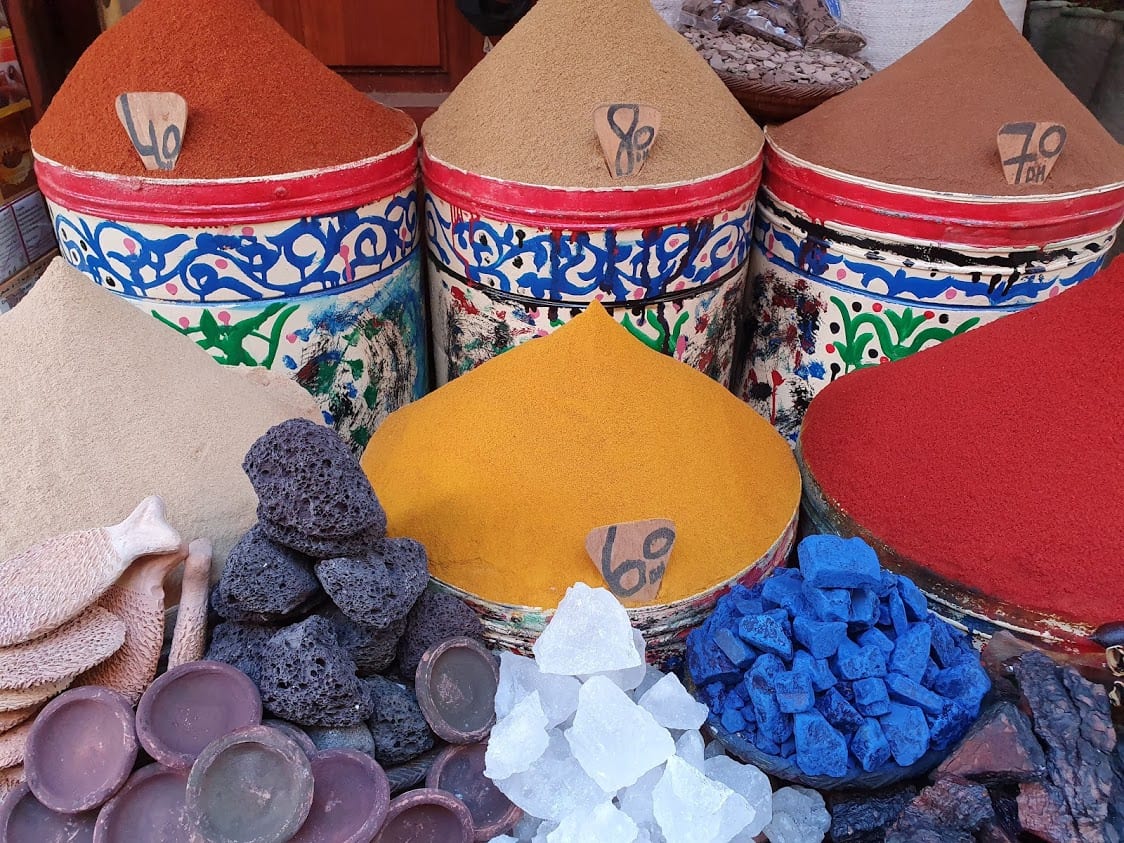 The currency in Marrakech, and of course all of Morocco, is the Moroccan Dirham. Technically, this is a ‘closed' currency, which means you should only be able to obtain it in Morocco.

If you are able to get hold of Moroccan Dirhams outside of the country, it is likely to be at a poorer exchange rate. And there's really no need, as it's easy to get hold of local money in Marrakech.

Also, you probably don't want to carry too much cash in your pocket if you don't have to.

The impressive looking Marrakesh Menara Airport is the first point of arrival for most visitors to Marrakech. It is also the most logical place to get hold of some local currency in Marrakech. 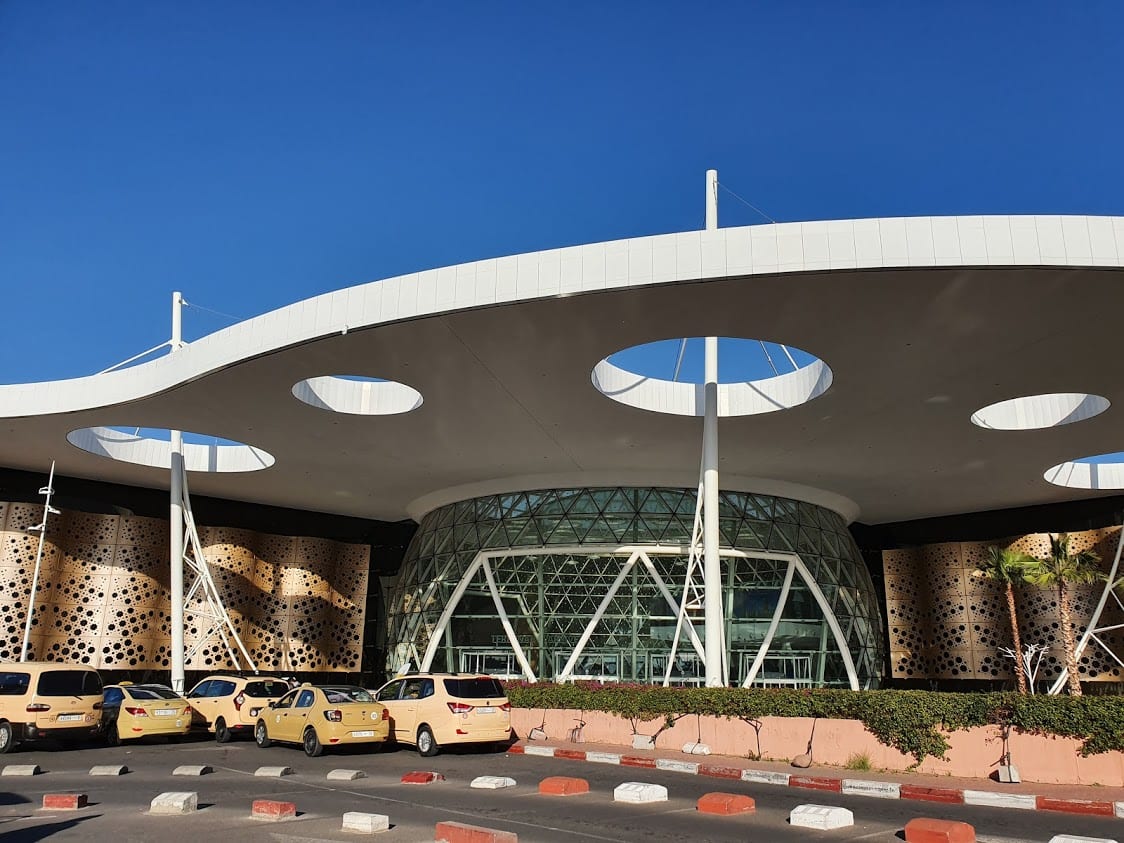 Once you have passed through customs, you will find yourself in the arrival hall with the options of ATM machines and currency exchange desks. My suggestion is to get enough Dirhams here to last for at least the first couple of days.

You could get enough to last all of your time in Marrakech, but keep in mind the exchange rate at the desks is generally poorer in the airport than in the Medina, and the airport ATM machines have a service charge.

When we arrived at Marrakech airport, I made my way to the ATM machines as a first port of call. There is an English option on screen, so it's straightforward to use. 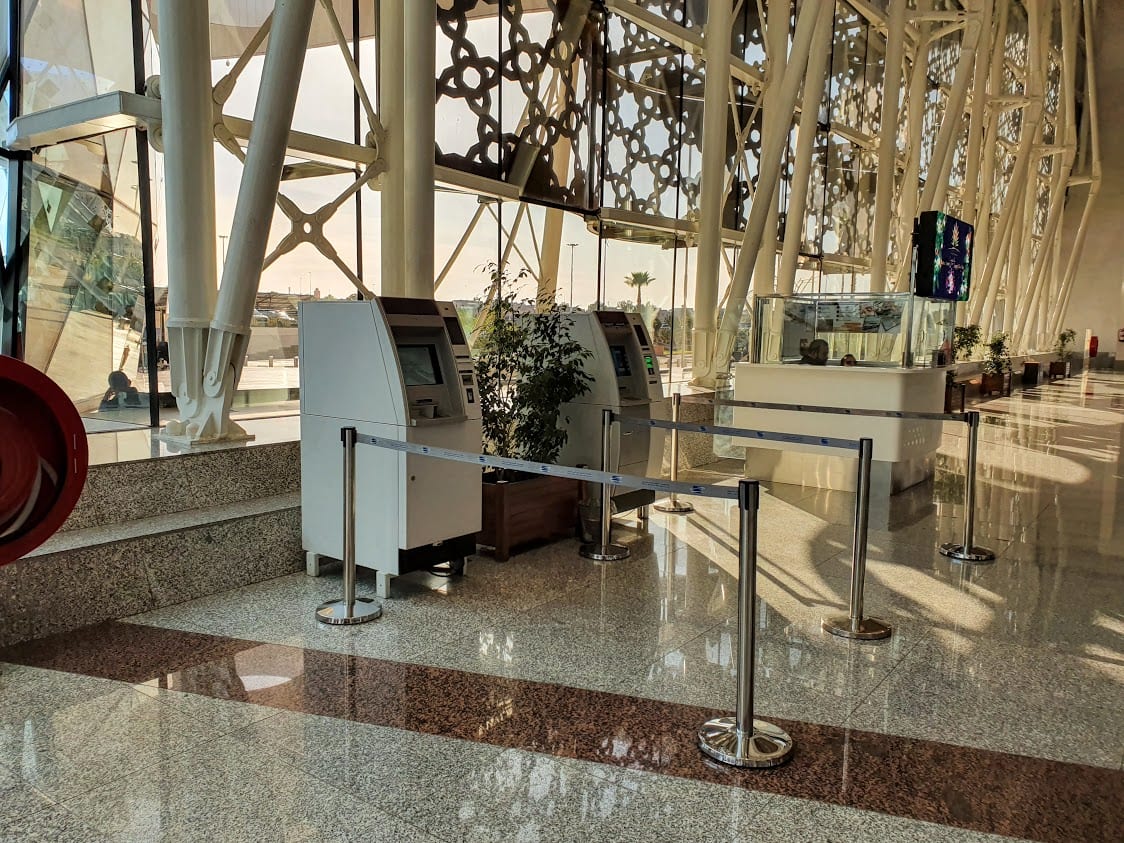 I chose to use my Revolut card to withdraw some money. This gives me a good exchange rate, which I hoped would balance out the almost 3 Euro service fee to use the machine.

Note for using ATMs overseas: Never, EVER use the machine's ‘guaranteed' exchange rate. This is normally the worst possible option!

Unfortunately, for whatever reason, the machine didn't like the Revolut card. As a result, I was unable to withdraw from it.

Fortunately, I had other cards and also some cash, and so I decided I'd check out the Marrakech airport currency exchange instead for the purposes of researching this article.

Pro travel tip: Always have more than one way to get hold of money when traveling. Always keep some spare cash tucked safely away somewhere.

I noticed a couple of money exchange desks in Marrakech airport. These had the ability to change from a wide variety of currencies including Euros, which I was carrying. 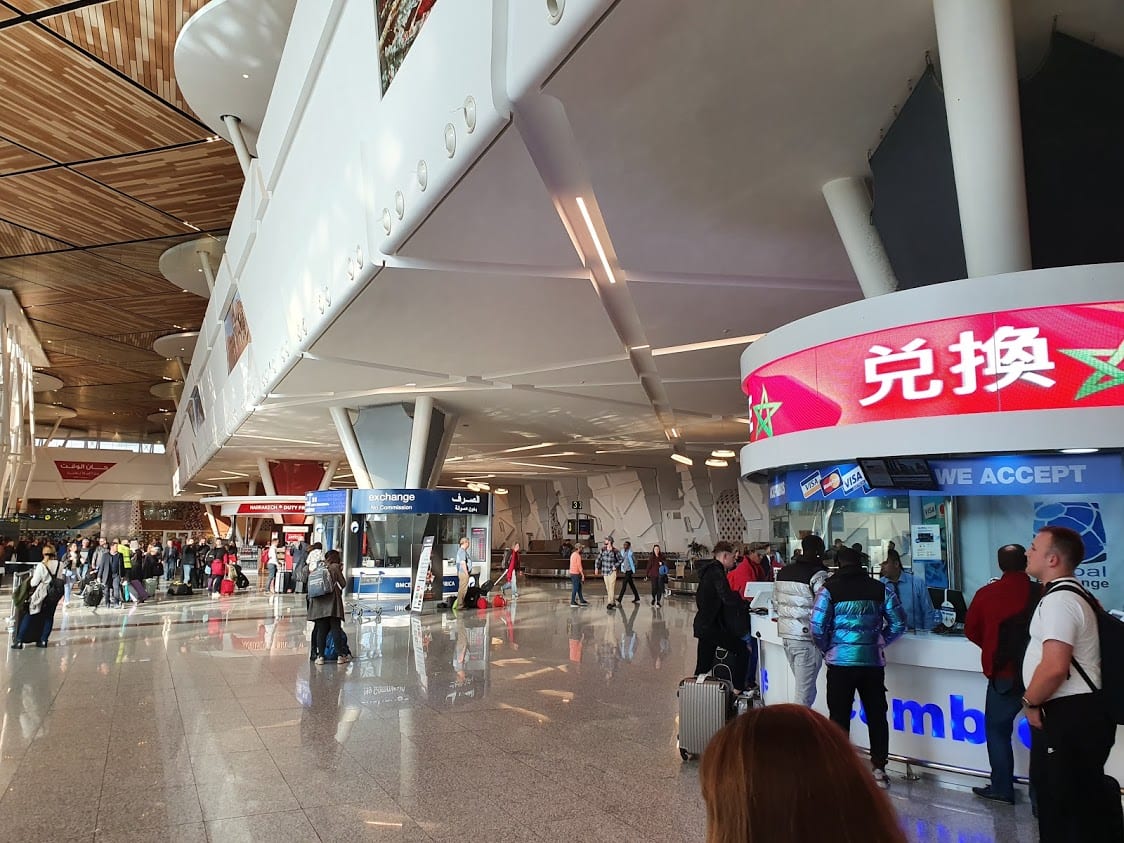 From memory, the exchange rate including any fees wasn't too terrible, but we decided to just change 60 Euros for the time being. I would then withdraw money out of an ATM machine in Marrakech itself later on.

At the time of traveling (January 2020), 1 Euro was worth just over 10 Dirhams. Obviously the exchange rates will alter over time, but I thought I'd include it as a little bit of history for traveler reading this guide in the future!

You can find ATMs all over Marrakech, so it's easy to locate a machine if you need one. We were staying near the Bahai Palace, and used the ATM at the Western Union near its entrance, and opposite the new Culinary Museum.

Withdrawing money was nice and simple (my Revolut card worked this time!). ATM's generally have an English option when they recognize a foreign card, and that was the case here.

Note: This ATM doesn't seem to appear on Google maps. Normally Google map is pretty good at showing the nearest ATM and banks to you. 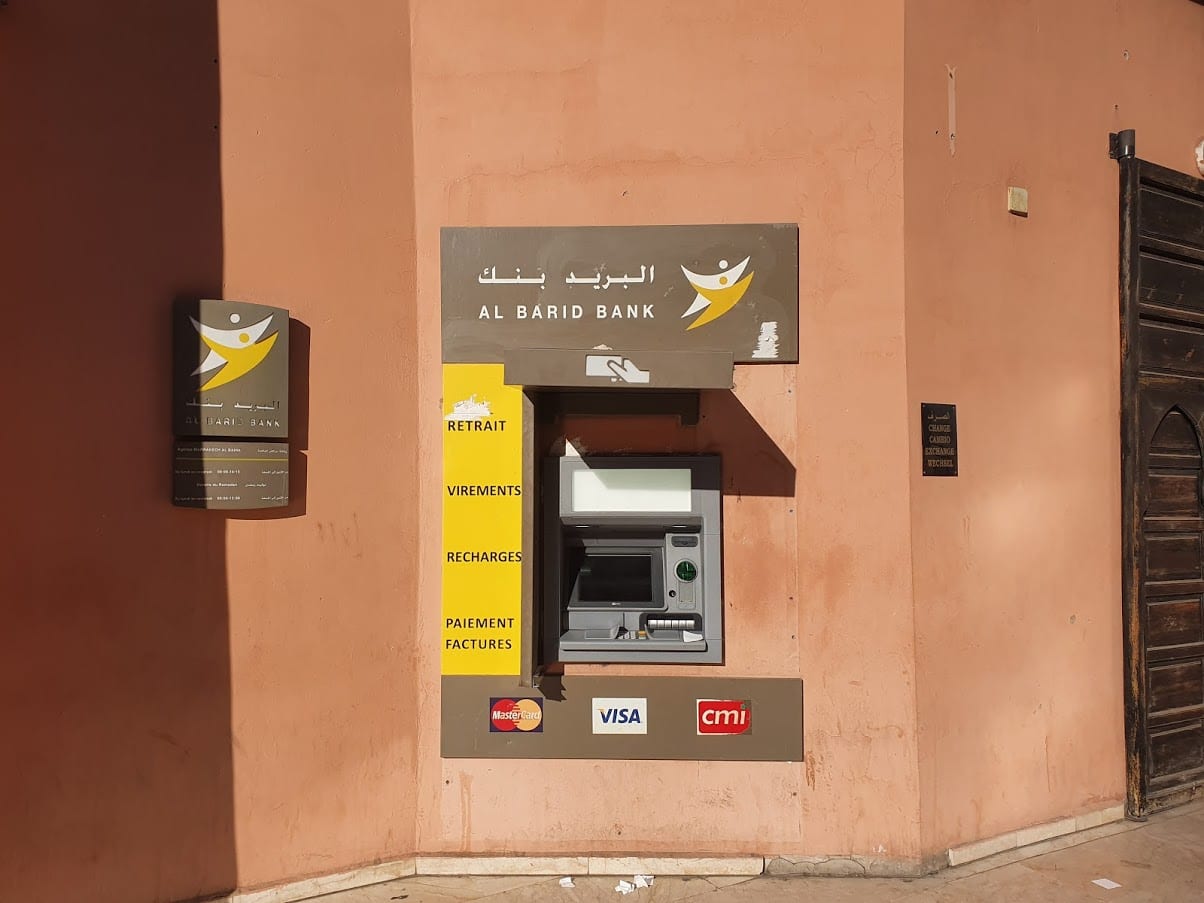 There are also plenty of places to change money in the Medina if you need to. Before changing any money, it's best to know what the current rate is, and do a rough calculation of what you should expect to receive. 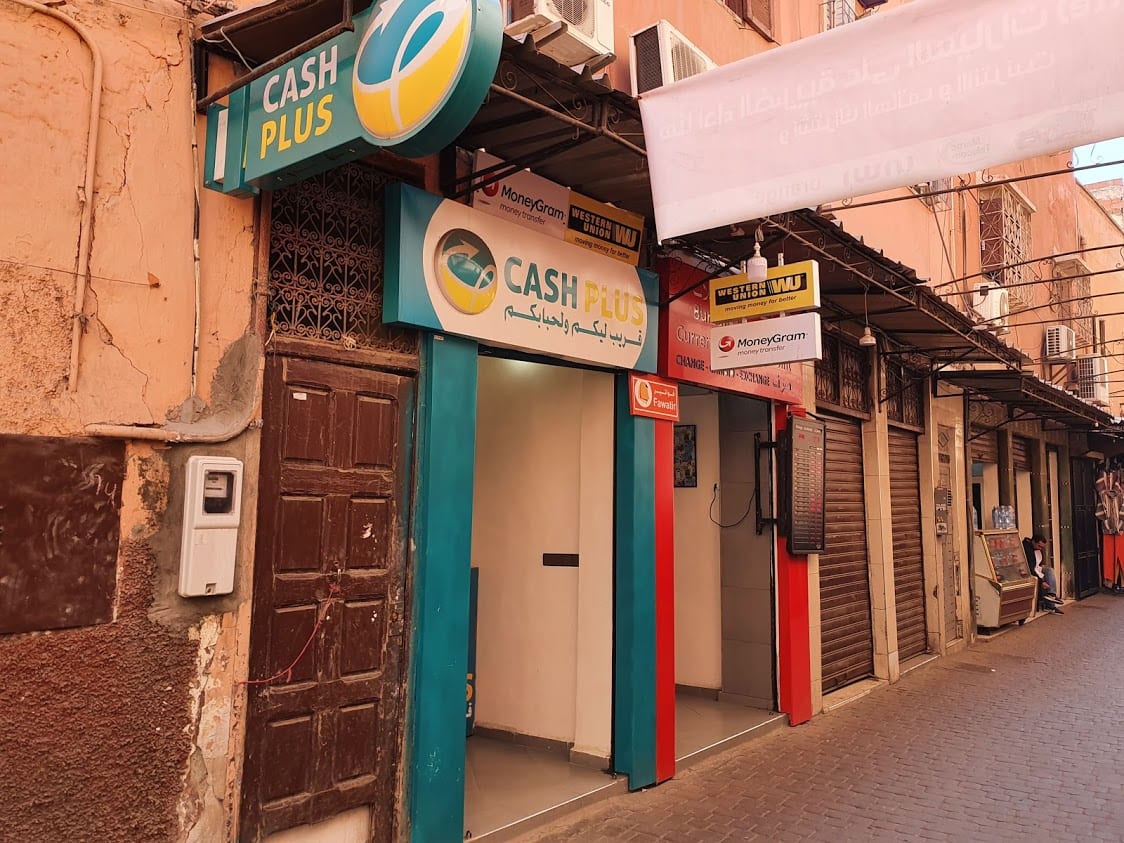 If you don't think the rate is good enough, just walk on to the next currency exchange.

Whilst cash is King at the market stalls and smaller shops, it's becoming more possible to use cards in restaurants and Riads. Don't rely on being able to use them though – always have cash handy! 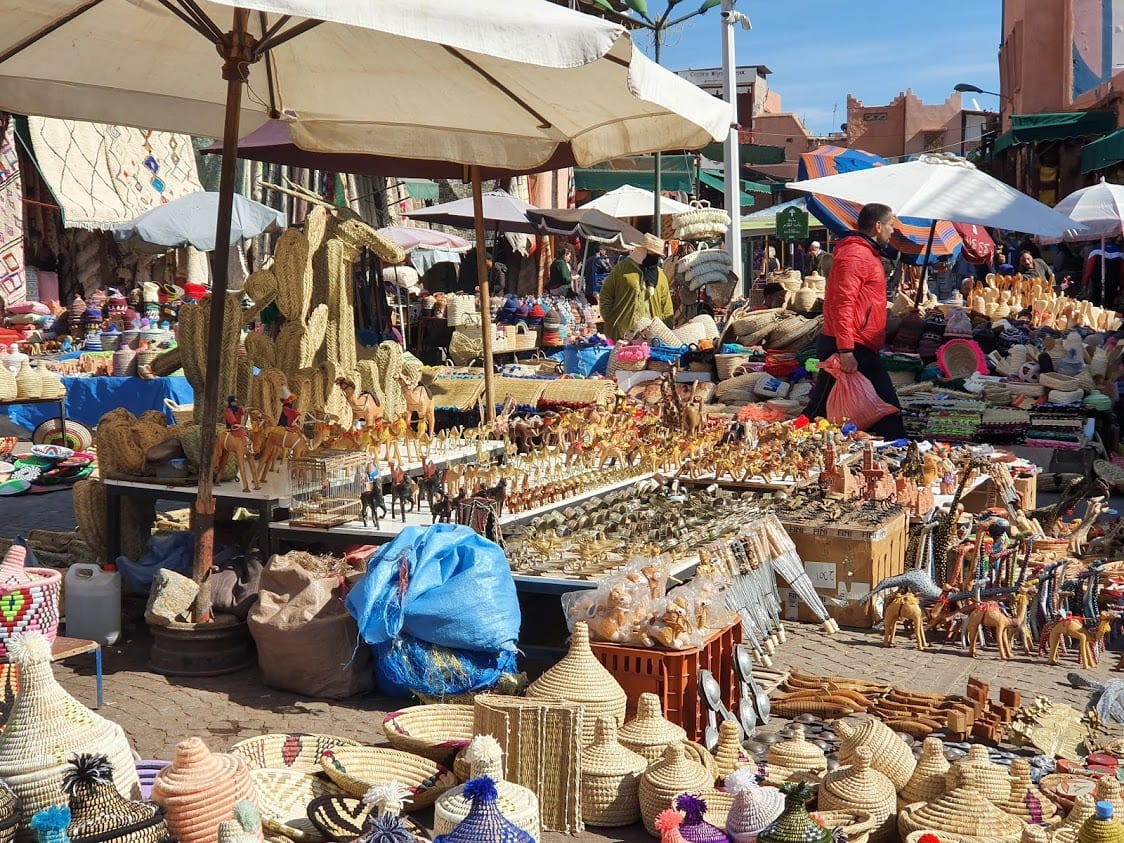 Negotiating prices is an entire subject by itself, but be aware that everything is up for negotiation (apart from menu prices in tourist restaurants). Tipping is also generally expected.

I hope this little guide to ATMs and currency in Marrakech has been of some use. Have a great time when you go!

You might also find these additional travel guides to Marrakech useful: 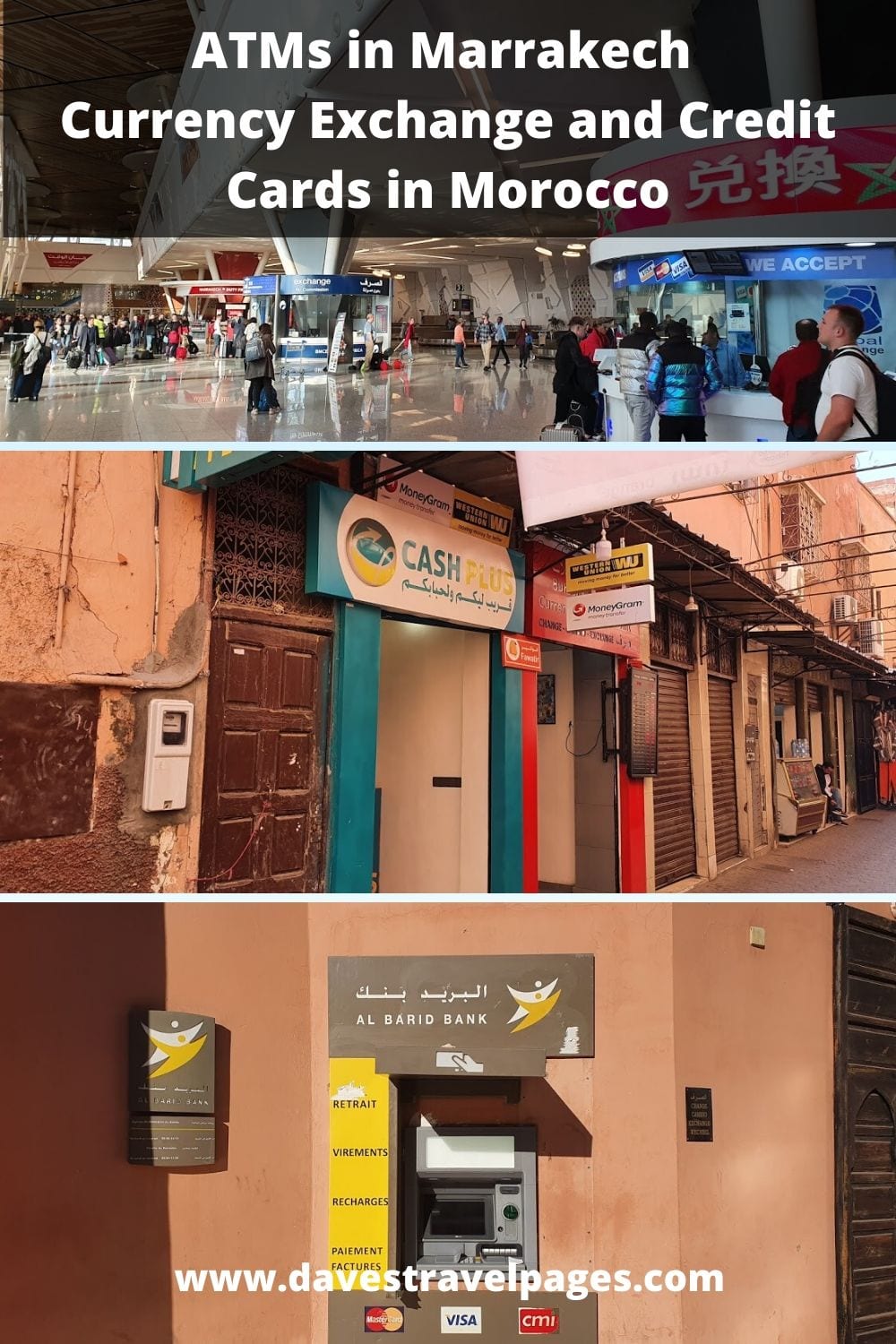