As part of Cat's bike tour from Montenegro to Spain, she wrote a blog post a day. This is from day 4 of the bike tour, when cycling near Kotor. 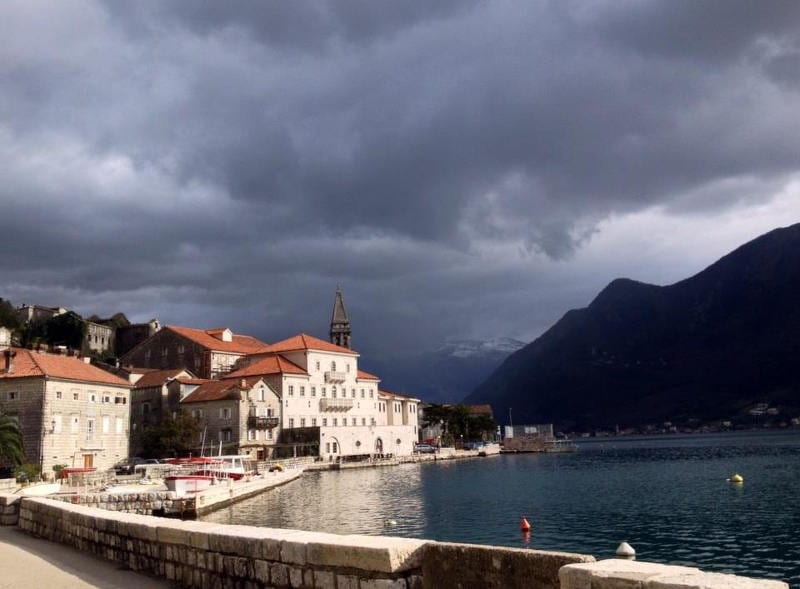 After a lazy morning sleep in, I hopped on my vastly lighter leg-powered machine and flew along the 17 kms of picturesque bay road back to Kotor. This time I tied her up on the Perast side of the city, just before reaching the gates of the old town.

A number of stairways and paths zigzag up the mountain behind the old town to reach a number of buildings, including the ruins of the ancient St. John’s fortress. 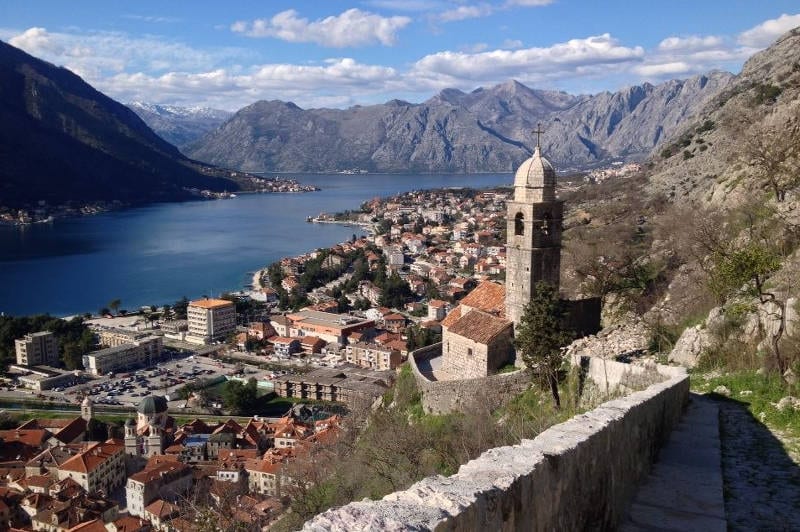 I chose to walk the paths up on the Perast side, which are less populated by tourists and offer gorgeous views of the bay. A little old man with a black plastic Kodak camera appeared and introduced himself to me as Francis. 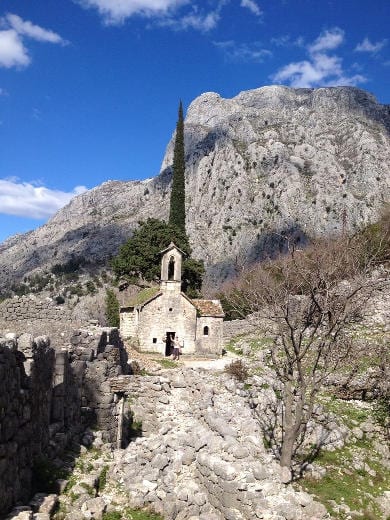 His family is from Kotor and he owns and maintains the area, ensuring that the remains of old houses, churches and gardens stay in fine shape. 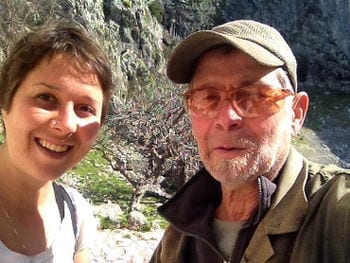 He told me about the little chapel as we peeked inside it – over a millennium old. Then he showed me the best way to access the fortress by climbing up through a window. It was a secret passage of sorts. 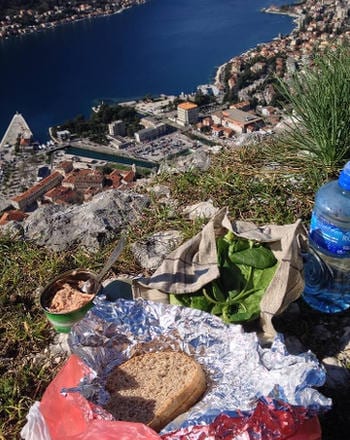 At the top of the old fortress I found a quiet corner, sat up on a wide, grassy section of stone wall overlooking the town and bay, and laid out my lunch. Eating for cheap doesn’t have to mean compromising on the location!