The Eurovelo routes offer the opportunity to explore Europe on two wheels, with Eurovelo Route 8 taking cyclists through the Balkans and Mediterranean. 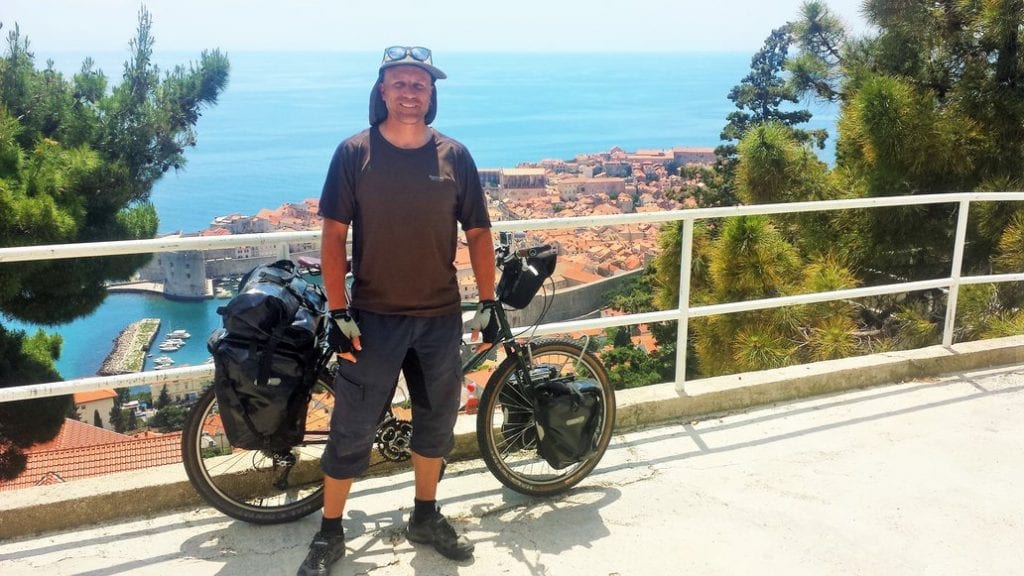 The EuroVelo routes are an ambitious project to develop long distance cycling routes through Europe. Some of these are fully realized routes, whilst others are only partly realized. Eurovelo route 8 is somewhere in-between!

Offering the chance to see some of the less discovered places and cultures in Europe, the EuroVelo 8 takes in the Balkans. It's a route I cycled myself, when bike touring from Greece to England, and I can tell you, it has some real highlights!

From the super-friendly people of Albania, to the stunning natural sights of views over places such as Kotor Bay, Eurovelo 8 presents revelations at each turn. Here's some of what you might expect cycling along the Eurovelo route 8 in the Balkans.

Route 8 of the Eurovelo network is an A – B type route, officially stretching from Cadiz in Spain to Cyprus. Practically speaking though, it's Cadiz to Athens.

As I live in Athens, Greece, I'll describe the route as starting from there! As we're just talking about the Balkans in this post, I'll cover up until Croatia. So, the Balkans section of Eurovelo 8 runs from Athens to Croatia.

Greece and the EuroVelo 8

Starting your bicycle tour in Athens is an adrenaline rush, but perhaps not the one you were looking for! Cycling in Athens is for the brave of heart, and the quicker you cycle out of the city, the better.

I've got two preferred routes out of the city. One, is over the mountains towards Thebes, and the other is by cycling toward Corinth. If you can, leave Athens early on a Sunday, and you'll beat the traffic. Cycling in mid-week rush hour traffic is best avoided if possible.

When it comes to what route to take and things to see, you are really spoiled for choice. There's plenty of detours available to see ancient sites such as Delphi, and spectacular areas such as Meteora. 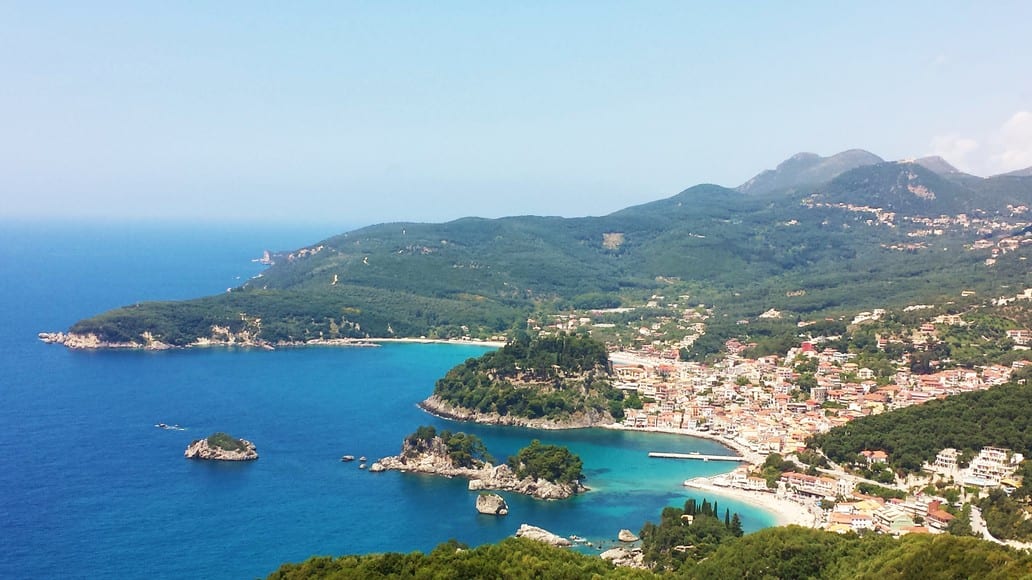 The ‘official' Eurovelo 8 route in Greece however tends to hug the western coastline up to Albania. I've cycled this route myself, and you can find out more here:

Albania and the Eurovelo 8

Albania is one of those countries that cyclists seem to fall in love with. Mainly, it's due to the friendly and hospitable people, but the great countryside and well-preserved towns such as Berat certainly help!

I certainly wish I had spent longer cycling in Albania, and definitely aim to return one day to cycle over those ever-beckoning mountains.

Highlights of Albania include Butrint, Berat, and Gjirokaster. The capital Tirana may not be as pretty or interesting as other capitals, but there's enough to see and do in Tirana for a couple of days.

Montenegro and the EuroVelo 8

Crossing the Montenegrin border, you quickly come to the outskirts of the capital city, Podgorica. Here you find the largest single-owner-continuous-vineyard in all of Europe. The Vranac grape grows in this vineyard. Famous for its dark color, the Vranac variety is unique to Montenegro. Welcome to the unique beauty of the Med and the Mediterranean Route. 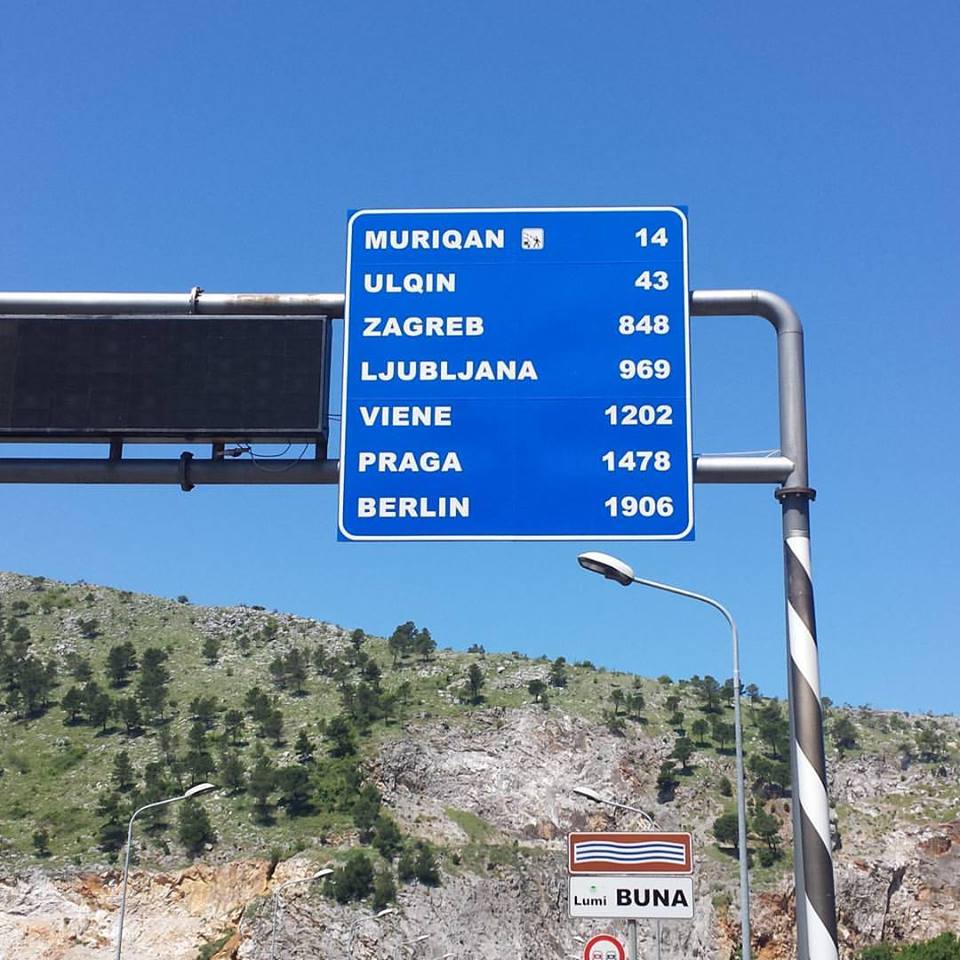 Leaving Podgorica you’ll wind back along Lake Skadar. This road is narrow and traveled, but motorists will work with you. This section of road is passable with but not ideal for trailers, however.

After Virpazar, a toll road will veer off to the left. You need to take the right which means a major reduction in traffic, a slight increase in road widith, and a climb. This is slow riding but the scenery is spectacular. Once you crest this ridge of mountains, you’ll be looking out on the coastline of the Adriatic. These waters will be your companion most of the rest of your time in the Balkans on this route.

On the coastline you’ll see amazingly beautiful coastal towns like Budva and Herceg Novi. In between these two you’ll see the fjords that make Kotor and its bay a distinctive place to go and another UNESCO site. Both the mountains that go down to the water’s edge and the old town are impressive.

Read about my experiences here: Bike Touring in Montenegro

In Croatia the roads will widen and the terrain will flatten a good bit. Early in your time moving northward into the country you’ll pass Dubrovnik. It is the most famous old town on the Balkan side of the Adriatic. It is the King’s Landing. Literally. This is where HBO shoots the King’s Landing scenes for Game of Thrones. It is filled with tourists in the summer, but there is a good reason for it. 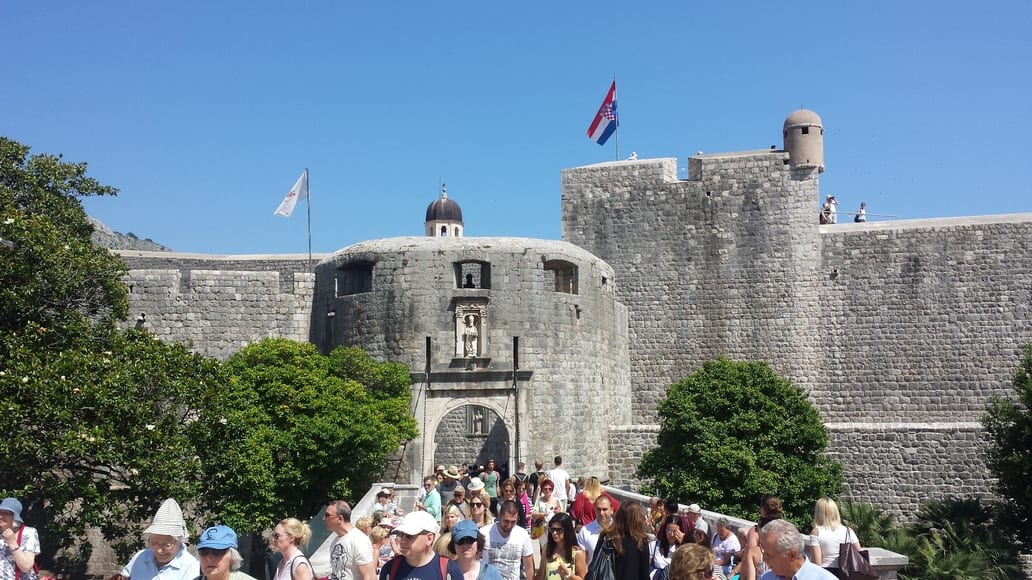 Traveling further north you’ll run into a number of other worthwhile coastal towns. These include Split, Zadar, and Rijeka. Each beautiful and special in its own way.

While there is so much beauty to see in Croatia, one of the best things you’ll see often are the sunsets reflecting off the Adriatic. Not sure why, but the colors of Croatian sunsets are distinct and forever. You’ll remember their rays long after your time in the country.

Read about my experiences here: Cycling in Croatia 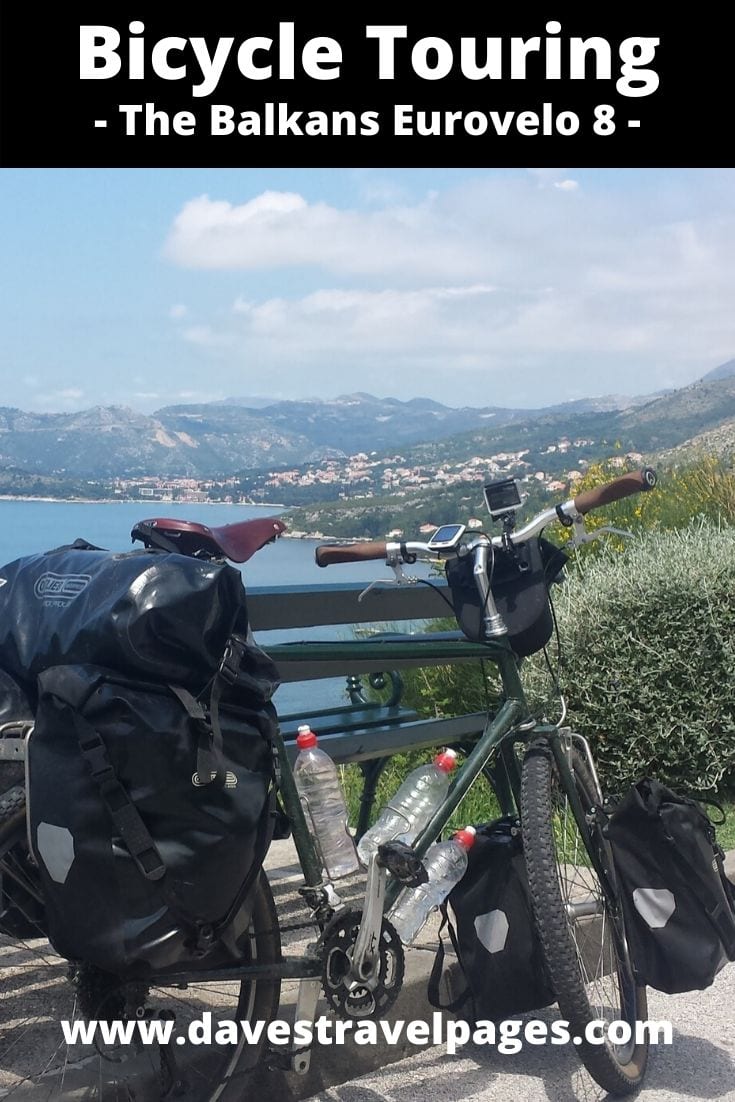