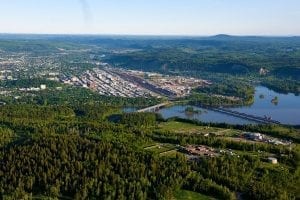 When cycling in Canada, I stayed with a Warmshowers host in Prince George, where I took an extra day off. Here's a brief update from the day's events. Prince George in Canada Blog post from September 5, 2009 - Prince George in British Colombia After breakfast, I walked with Richard and Maggee into town, and after they had shown me where the bike shop was, we separated, as I had a few jobs … END_OF_DOCUMENT_TOKEN_TO_BE_REPLACED

Today's destination on the Canadian leg of the bicycle tour was Prince George. But first, there were a series of hills to conquer after leaving Vanderhoof. Leaving Riverside RV park in Vanderhoof (Blog post written: Sep 4 2009) I managed to sneak out of the Riverside RV campground without paying... tut tut, naughty boy!! Breakfast at the supermarket, and then I was off. The roads started … END_OF_DOCUMENT_TOKEN_TO_BE_REPLACED Continuing on with cycling through Canada as part of my trans-American bicycle tour. Today, I cycled from Burns Lake to Vanderhoof. Cycling from Burns Lake (Blog post written: Sep 3 2009) I was up and ready by nine, but by the time I'd visited tourist information, spoken to some guy called Randy about bicycle trailers, and bought some additional food, it was 10.20 before I left. After the … END_OF_DOCUMENT_TOKEN_TO_BE_REPLACED 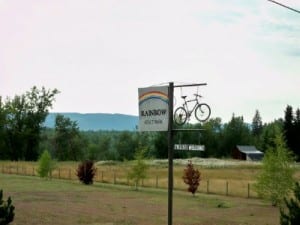 During this day of bike touring in Canada, I left Rainbow Adult Park and cycled a route which eventually took me to Burns Lake. Part of my cycle tour from Alaska to Argentina. Leaving Rainbow Adult Park (Blog post written: Sept 2 2009) There was no one at the Rainbow Adult Park when I left, so I could neither thank anyone or find out more info, so it will have to remain a mystery!! I left … END_OF_DOCUMENT_TOKEN_TO_BE_REPLACED

Last Updated On March 5, 2021 by Dave Briggs Leave a Comment 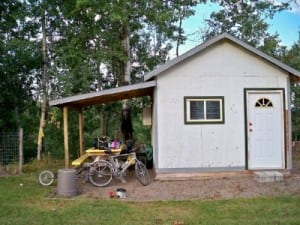 The cycle tour through Canada continued with this section between Hazletons and Rainbow Adult Park. What on earth was the Rainbow Park about? Let's find out! Leaving Hazletons by bike (Blog post written: Sep 01 2009) The 8 km ride back up to the main road wasn't as bad as I feared it would be, and there were a couple of nice views along the way. I had in mind as my target for the day … END_OF_DOCUMENT_TOKEN_TO_BE_REPLACED